Who was Bodhidharma and why do most Indians not know of him? 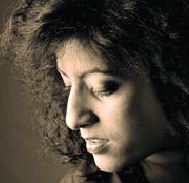 Bruce Lee, Jet Li, Jackie Chan and Michelle Yeoh are just a few of the stars who owe their status as international cinematic legends to kung fu. Whether we’re watching Kung Fu Panda, a cult classic like the 36th Chamber of Shaolin, or perched on the edge of our seats to see Neo and Morpheus fight in The Matrix, all that most of us know about kung fu is that it probably originated in East Asia and requires immense discipline and strength to master.

A completely different practice which has gained a worldwide following is Zen Buddhism. With its emphasis on meditation, quietening the mind and focusing on breath, the popularity of Zen has spread from East and Southeast Asia to the West and is finally making its presence felt in the homeland of Buddhism, India.

What do Zen and kung fu have in common with a South Indian prince from the fifth century?

To answer this, we have to explore the history of Bodhidharma, a South Indian prince, credited with travelling to the famed Shaolin Monastery and founding Zen meditation as well as kung fu – both of which he imparted to Chinese Buddhist monks.

Also read: Why Pierre Hadot’s Work Is Relevant to the Study of Buddhism

Who was Bodhidharma and why do most Indians not know of him? Intriguingly, the documentary evidence about Bodhidharma comes not from India, but from other countries – primarily China, but also Indonesia, Tibet and Japan.

The oldest Chinese source about him dates from the early sixth century. Tanlin (506-574), a disciple of one of Bodhidharma’s chief disciples, is the first to mention him in the biography which forms a preface to some of Bodhidharma’s teachings about meditation.

This was followed by other Chinese sources like Jingjue‘s (683-750) The Chronicles of the Lankavatara masters, Daoxuan’s seventh century Further biographies of Eminent Monks, and the tenth century Record of the Patriarchal Hall.

All of these tell a similar story of his origins and adventures.

Bodhidharma was a South Indian prince, the third son of his father, who arrived in China after a harrowing three-year sea voyage during which he also broke journey in Indonesia (accounting for the Indonesian sources that mention him).

Modern Japanese scholars like Tsutomu Kambe conclude, after studying the manuscripts about him, that though a prince, he was from a Brahmin royal dynasty (a rarity) and was probably from Kanchipuram.

On his arrival in China, Bodhidharma created a stir by refusing to answer people’s questions and instead sitting down and silently meditating. Hearing of this unusual newcomer from the land of Buddhism, the emperor summoned him. The emperor, who hoped that his labours in having Sanskrit Buddhist works translated, and building stupas, would earn him some religious merit and pave the way for a happy afterlife, asked Bodhidharma whether he had, indeed, gained any merit from his works.

The Emperor, considerably displeased, asked whether Bodhidharma was, at least, aware of the ‘noble truth’.

Bodhidharma replied, “There is no noble truth.”

An exasperated emperor finally asked, “Who is standing before me?”.

“I do not know,” was Bodhidharma’s answer.

After this spectacularly unsuccessful interview, the emperor had had enough of Bodhidharma, who promptly left the imperial court, eventually making his way to the Shaolin Monastery (and, by all accounts, irritating and bewildering a number of other people besides the emperor). 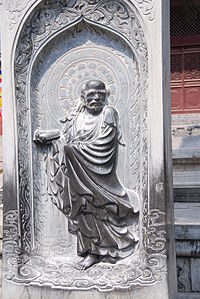 His initial reception by the Shaolin monks was no better. Perhaps because his reputation as an eccentric preceded him, he was refused admittance into the monastery,

Unperturbed, Bodhidharma spent the next nine years gazing at a wall next to the monastery. Gradually, the monks, who had started bringing him food and water, grew curious and in awe of his mental discipline, his perseverance and physical hardiness.

After nine years, Bodhidharma was finally given a room in the monastery, and taught the monks – at their behest – “dhyan” or Zen meditation. It is no coincidence that the Bodhidharma anthology – an ancient manuscript containing his earliest teachings – recommends “wall gazing”.

During his long stay in Shaolin, Bodhidharma also became concerned about the poor physical condition of the monks, which, in addition to causing other problems, also made prolonged meditation difficult. The results were captured in “Eighteen Arhat Hands”, the first Shaolin kung-fu manual. Bodhidharma tried to teach the monks a set of strengthening exercises and techniques for punching, kicking, and blocking based on ways in which different animals defended themselves.

Monks who knew kung fu could defend themselves against bandits and wild animals – and given the remote location of the monastery, both were plentiful. The Yijin Jing, a 17th century manual used by contemporary kung fu schools, contains further variations on Bodhidharma’s original techniques – 108 methods for hitting and grappling, throwing, locking, and takedowns.

It also records how Bodhidharma originally initiated the Shaolin monks into kung fu. Bodhidharma spent the rest of his life in China, spreading his teachings. The last that we hear of him is an account by the Wei commissioner Sung Yun, who came across him crossing the Pamirs in an attempt to reach his homeland before his death. Whether he managed to do so remains a mystery.

Though he might not have foreseen that his two contributions – Zen and kung fu – would make an enduring global mark, this third son of a South Indian king from Kanchipuram was a true pathbreaker in more ways than one.

Brishti Guha is an associate professor of Economics at the School of International Studies, Jawaharlal Nehru University.