The Secret Battle: A Heart Gripping War Chronicle on the Realities of Shell Shock

Alan Herbert’s powerful novel was the first book to deal with “the many subtle ways that fear has of getting at a man” from a “scientific understanding”. It challenged cultural beliefs about the natural justice of the military death penalty.

During World War I there was one military execution on average for every week of the war. Soldiers were executed for offences including cowardice, desertion, mutiny, disobedience, assisting the enemy or striking a senior officer. In 2006, the Labour government pardoned 306 soldiers who had been executed for desertion and cowardice in recognition that they were likely to have been victims of war trauma.

The pardons were a long time coming and lagged considerably behind the public understanding of shell shock. This discussion started almost as soon as the guns stopped firing on November 11, 1918. One book which was widely influential at the time was A.P. Herbert’s The Secret Battle which was published in June 1919. As we mark the centenary both of Herbert’s book and of the Treaty of Versailles on June 28 we should move beyond the World War I commemoration to consider the conflict’s aftermath.

In 1928, Herbert’s book was republished in a new edition with an admiring preface by Winston Churchill. He wrote the book was:

One of those cries of pain wrung from the fighting troops […] like the poems of Siegfried Sassoon should be read in each generation, so that men and women are under no illusion about what war means.

The Secret Battle was particularly influenced by the work of the famous shell shock doctor W H R Rivers – Herbert’s novel was a kind of case history, a fictional report on his protagonist’s legal case and mental health. In his famous 1917 essay, Freud’s Psychology of the Unconscious, Rivers highlights the wide implications of Sigmund Freud’s theories of repression and the unconscious for a study of “human conduct” including criminal responsibility.

Also read: Wilfred Owen – A Poet Who Wrote the Great War’s Epitaph Even as It Was Writing His 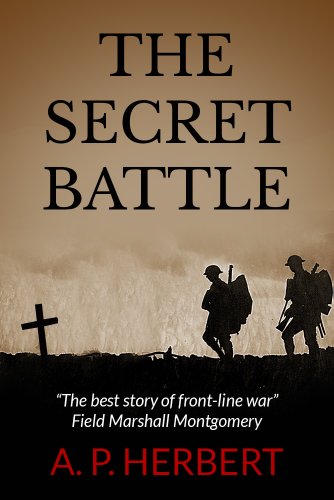 Rivers argued especially that war neurosis was caused by the repression of the natural impulse to flee the battlefield. Already written into the doctor’s understanding of psychoanalysis in wartime is the dangerous link between treatment and punishment. He understood that behaviours that were symptoms of shell shock might easily become capital crimes.

Herbert’s unnamed narrator uses the language of “battle psychology” in examining the chain of events that led his friend Harry Penrose to be executed for desertion. Herbert’s novel is, in fact, a fictional version of real court-martial case, that of temporary Sub-Lieutenant Edwin Dyett, who was executed in 1917 despite a diagnosed history of shell shock. Herbert had also studied law and conducted court-martial prosecutions and defences throughout his war service.

Make them be quick

In this highly emotional historical context, Herbert’s novel shows poignant restraint in its representation of Penrose’s death by firing squad:

The thing was done seven mornings later, in a little orchard behind the Casquettes’ farm. The Padre told me he stood up to them very bravely and quietly. Only he whispered to him ‘For God’s sake make them be quick’. That is the worst torment of the soldier from beginning to end – the waiting. He was shot by his own men, by men of D Company.

Despite his opposition to the military death penalty, Herbert also included a long fictional debate about court-martial in general inspired by the intense feelings inspired by Penrose’s case held between the soldiers of his platoon, which set the tone for future parliamentary debates of the 1920s. This restrained, unbiased aspect of Herbert’s text reflects the narrator’s final summary, which deliberately refuses to become a polemic:

This book is not an attack on any person, on the death penalty, or on anything else, though if it makes people think about these things so much the better. I think I believe in the death penalty – I do not know. But I did not believe in Harry being shot. That is the gist of it; that my friend Harry was shot for cowardice – and he was one of the bravest men I ever knew. 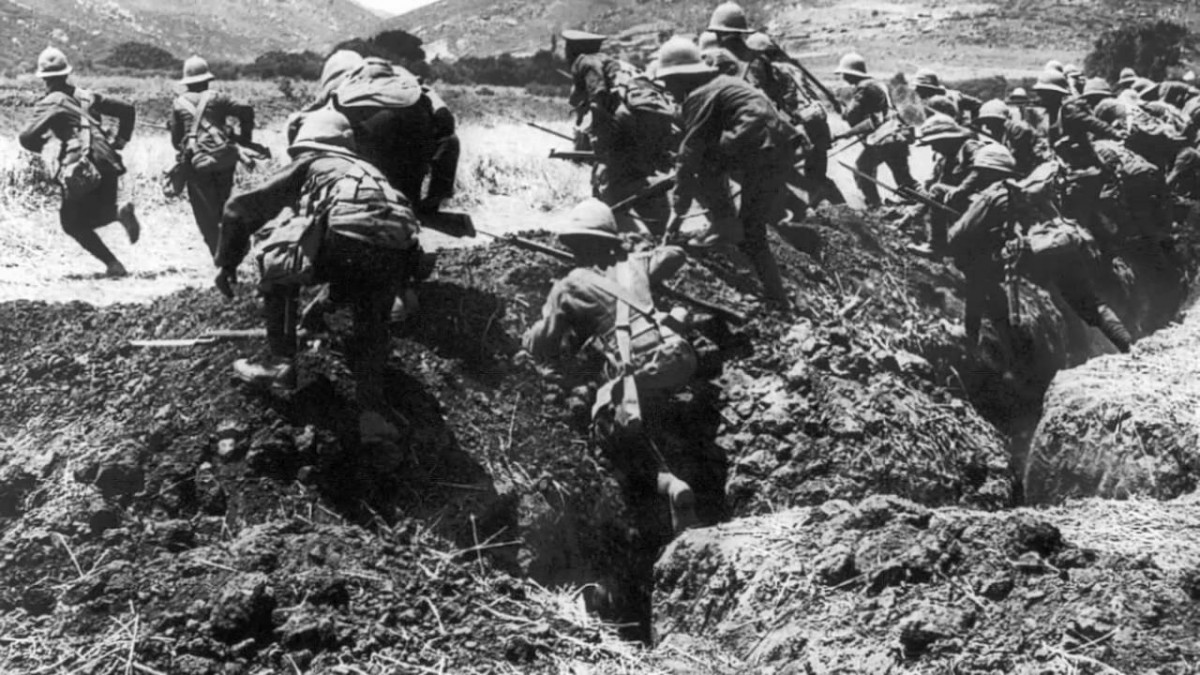 The brutality of trench warfare is perhaps best typified by the 1916 Battle of the Somme in France. British troops suffered 60,000 casualties on the first day of fighting alone. Credit: YouTube screengrab

Despite the modesty of this final claim, the first readers of Herbert’s novel took his approach very seriously. For example, in the Times Literary Supplement, the reviewer, R O Morris, linked the book with “medical research” and the “psychoanalytical treatment of shell shock” suggesting that Herbert’s novel is the first war chronicle to deal with “the many subtle ways that fear has of getting at a man” from a “scientific understanding”.

At the same time, the reviewer struggles with the wider implications of the novel, arguing that in designing the tragedy of Penrose, the novelist “has left no stone unturned to ensure the full measure of calamity”.

In short, the novel challenged cultural beliefs about the natural justice of the military death penalty. Penrose was felt by the reviewer to be too sympathetic a character to be executed, precisely because of the complex, humanising psychological portrait Herbert offers.

But as early as 1922, a government report on shell shock admitted that similar injustices had undoubtedly occurred, as “psychoneurotic soldiers might have been court-martialed and executed for cowardice before the phenomenon was understood”. It is suggested in this report that shell shock defences were rejected in around a third of cases.

American World War I scholar Ted Bogacz has argued that this 1922 report offered a direct line to the eventual abolition of the death penalty for cowardice in 1930. (Incidentally, despite Churchill’s admiration of the novel, he voted against this legislation). But fictional texts such as Herbert’s novel were just as important as the 1922 government report in raising awareness of the effects of shell shock and in reforming military procedures.