Why These Indians Fought for Spanish Democracy

"The Indians who came, or who gave some form of aid, saw the fight for the Spanish Republic quite simply as part of a wider struggle which also included the struggle against British colonialism back home,” said historian Nick Lloyd.

To the American and European volunteers fighting for Republican Spain against General Francisco Franco’s fascist-backed troops 100 miles south of Barcelona in April 1938, the dark, scrawny man in their battalion was a bit of a mystery. 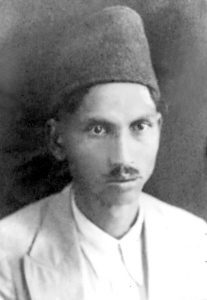 They wondered whether he was Iraqi, or perhaps British. But 35-year-old Gopal Mukund Huddar was, in fact, Indian, hailing from the city of Nagpur, some 500 miles east of Mumbai. He passed himself off as British, with a nom de guerre — John Smith — that would eventually save his life.

Huddar was one of only six Indians known to have made their way to Spain in 1937 to join the International Brigades — 32,000 idealistic youths from across the world, including 2,800 from the US — who fought against Franco. The Indians included Mulk Raj Anand, who would become a famous author; Huddar, a journalism student in London; three doctors — including Atal Menhanlal, Ayub Ahmed Khan Naqshbandi and Manuel Pinto — and a student named Ramasamy Veerapan.

India was in the midst of its own struggle for freedom from British colonialism at the time. But that’s precisely what drew the volunteers to Spain to fight Franco, who was aided by Adolf Hitler’s Germany and Benito Mussolini’s Italy. “The Indians who came, or who gave some form of aid, saw the fight for the Spanish Republic quite simply as part of a wider struggle which also included the struggle against British colonialism back home,” says Barcelona-based historian Nick Lloyd, who leads historic tours through the remains of the city’s Civil War legacy, today masked by stores of popular clothing brands.

The Republican cause enjoyed broad support within the Indian freedom movement. Jawaharlal Nehru, who would become independent India’s first prime minister, visited Spain in 1938 as a show of solidarity, and Indians in London organised fund-raisers and an ambulance for the International Brigades.

But 80 years later, researchers are still piecing together the journeys of the six Indians who went that one step further. Menhanlal would follow Canadian physician Norman Bethune from the war against Franco in Spain to the battle against the Japanese in China, where he settled and died in 1957, at the age of 71. Menhanlal’s story led researchers Len and Nancy Tsou, authors of the 2013 book The Call of Spain: The Chinese Volunteers in the Spanish Civil War, to the other Indians.

Of them, Naqshbandi became the first professor of orthopaedics at Lahore’s Mayo Hospital, where he worked after the subcontinent’s partition in 1947. Almost nothing is known about Pinto or Veerapan. But for Huddar, the journey to Spain was part of a larger transformation. While in India he had been the founding member of the Rashtriya Swayamsevak Sangh, a group that views the creation of a Hindu India as its core goal, and in London he became a Marxist. 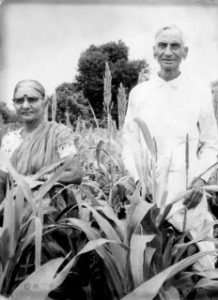 After returning home, Huddar joined the Communist Party of India and remained a member from 1938 to 1952. But before leaving Spain, Huddar — who died in 1981 — was forced to endure Franco’s prisons, and in this he was alone among the Indians.

Huddar reached Spain on October 17, 1937, and signed up for the International Brigades in the city of Albacete as John Smith to mask his Indian identity. “The use of a nom de guerre in Spain was pretty widespread, as volunteering had been banned by many countries, including Britain [which ruled India],” says Richard Baxell, British historian and author of three books on the Spanish civil war.

Huddar joined the XV Brigade, nicknamed the Abraham Lincoln Brigade because it was dominated by American volunteers. But the brigade also had significant British numbers and a few from the Balkans and Franco-Belgian battalions.

On February 11, 1938, Huddar went to Tarazona in northern Spain for training, and a few months later he was assigned to fight for the XV Brigade in defense of the Catalan city of Gandesa. Captured there by Franco’s forces, Huddar was imprisoned with other brigadiers in San Pedro de Cardeña. Ivor Hickman, another prisoner, referred to Huddar as his “Irakian friend” in a letter detailed in John Wainwright’s 2012 book, The Last to Fall, based on Hickman’s messages home — possibly signalling a second layer of identity deception by Huddar.

He also picked up a reputation as a palm reader. In Prisoners of the Good Fight, Carl Geiser, an American cellmate of Huddar’s, described how the Indian inmate had studied his hand and correctly guessed he had one brother and four sisters. Then Huddar told Geiser he had some good and some bad news. “You will live a long time,” Huddar told him, adding, “In your old age, you will have an affliction.” Geiser got out of the jail alive and lived to age 99, but he was diagnosed with Parkinson’s in his sixties.

By late 1938, the British government was under domestic pressure to negotiate the release of its citizens jailed by Franco. The British team sent to Spain included a retired colonel who had served at a cantonment near Nagpur. The colonel heard about the Indian-looking John Smith and confronted him, forcing Huddar to admit that he was from Nagpur.

But the colonel still included the name of John Smith on his list of British prisoners of war, facilitating Huddar’s release. Such camaraderie would likely not have prevailed in India at the time, but in that Spanish cell, the spirit of internationalism won the day.

This article was originally published on OZY. OZY and The Wire partner to bring you premium global features.