The real innovation powering the idea of Starshot is not in terms of propulsion or even the lasers but of the miniaturisation of electronics. 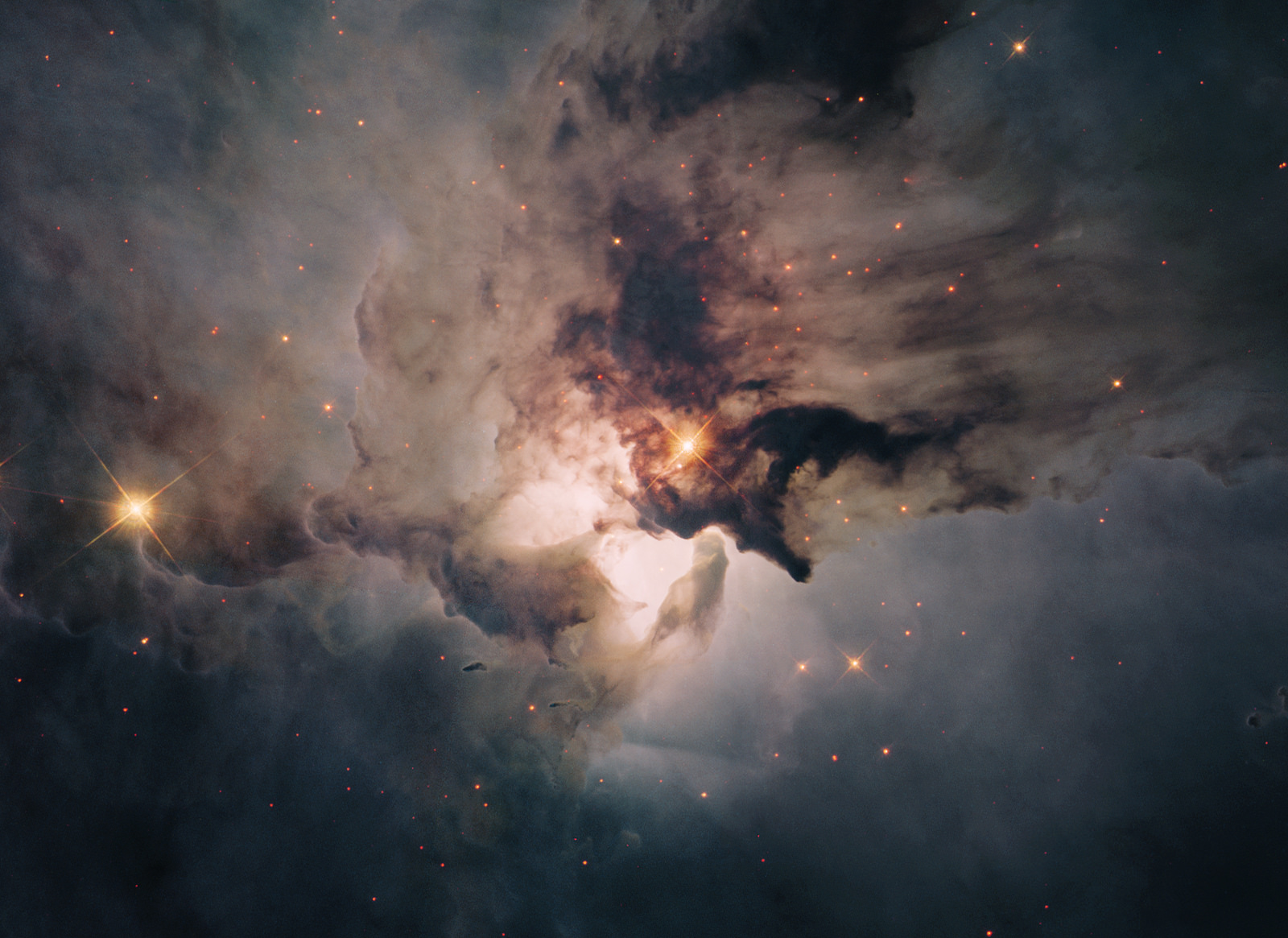 Yuri Milner’s announcement last night that he’s investing $100 million into figuring out how thousands of chip-sized probes could be sent to the Alpha Centauri star system in 20 years must’ve felt like the future to many. The proposal, titled Starshot, imagines the probes to be fitted with small ‘sails’ a few hundred atoms thick that could be propelled by a powerful array of lasers fired from Earth to 60,000 km/s. And once they get to the Alpha Centauri stars A or B, they could take images with a 2 MP camera and transmit them to Earth through an optical communications channel. The radical R&D developed on the way to achieving these big goals could also be deployed to visiting planets within the Solar System in a matter of hours to days, as well as using the lasers and their optical systems to study asteroids and stars.

But strip away the radicalness and Starshot begins to resemble pieces of the previous century as well, pieces that make for a tradition in which Milner is only the latest, albeit most prominent, participant, and which provide an expanded frame of reference to examine what had to change for astronomers to dream of literally reaching for the stars. The three most prominent pieces are Orion, Daedalus and Daedalus’s derivative, Longshot. All three were reliant on technology that didn’t exist but soon would. Daedalus and Longshot in particular wanted to send unmanned probes to nearby stars within a 100 years. And even more specifically, Longshot is closer to Milner’s idea in its aspiring to:

Commissioned by the British Interplanetary Society and led by an engineer named Alan Bond, Daedalus involved the designing of an unmanned probe that could be sent to Barnard’s Star, 5.9 lightyears away, in 50 years using contemporary technological ideas. At the time, in 1973-1978, the most efficient such idea was nuclear fusion – it was only two decades before that when another nuclear-fusion-propelled rocket, called Project Orion, had been under consideration by the physicists Theodore B. Taylor and Freeman Dyson. Because of the amount power and thrust produced by fusion was known to be very high, Bond’s Daedalus could be massive as well. The size of the (unbuilt) Daedalus starship compared to the Empire State Building, which is 443 metres tall. Credit: Adrian Mann/bisbos.com

In 1986, interest in this idea was revived by a report of the US National Space Society’s National Commission on Space. It recommended focused research into human spaceflight, efficient and sustainable fuel options, astrometry and interstellar research unto developing a “pioneering” American mission in the early 21st century. Particularly, it suggested developing a “long-life, high-velocity spacecraft to be sent out of the Solar System on a trajectory to the nearest star”. These ideas were advanced by a team of engineering students and NASA scientists, working with the US Naval Academy, which published its own 74-page report in 1987 titled ‘Project Longshot: An Unmanned Probe to Alpha Centauri’. Like Daedalus, Longshot aspired to use inertial confinement fusion – using energetic beams of particles to confine pellets of helium-3 and deuterium to fusionable levels – but with four key differences.

First, instead of obtaining helium-3 from the moon or the clouds of Jupiter, the team suggested using particle accelerators. Second, the nuclear reactions would be executed at small scales within a “pulsed fusion microexplosion drive”. A magnetic casing surrounding the drive chamber would then channel out a stream of charged particles produced in the reaction to create thrust. Third, while Daedalus would fly by the Alpha Centauri system’s stars (and release smaller probes), Longshot was designed to be able to get into orbit around the star Alpha Centauri B. Fourth, and most important, the fusion reactor was not to be used to launch Longshot from the ground nor away from Earth but only to propel it through space over 100 years. This was because of the risk of the fusion reactor going out of control in or close to Earth’s atmosphere. The team recommended sending each of the spacecraft’s modules to a space station (the ISS would be built a decade later), then assembling and launching it from there. Illustrations showing how the inertial fusion reactions inside Longshot’s reactors would power the rocket. Credit: stanford.edu

The report was published only three years after the sci-fi writer Robert L. Forward described his idea of the Starwisp, a satellite fit with a sail that would be pushed on by beams of microwave radiation shot from Earth – much like Starshot. However, the Longshot report devotes three pages to discussing why a “laser-pumped light sail” might not be a good idea. The authors write: “The single impulse required to reach the designated system in 100 years was determined to be 13,500 km/sec. The size of a laser with continuous output, to accelerate the payload to 13,500 km/sec in a year, is 3.75 Terra Watts.” The payload mass was considered to be 30,000 kg. The specific impulse (Isp, evaluated in the table below) is measured in seconds – it’s the duration over which a rocket engine must be fired in order to achieve a proportional amount of thrust given the fuel is flowing into the engine at a fixed rate. The Starshot team works around this problem by shrinking the size of the spacecraft (StarChip) to a little bigger than a postage stamp – allowing a 100-gigawatt laser to propel it to very large velocities in a few dozen minutes. (A back-of-the-envelope calculation discounting effects of the atmosphere shows a 50-MW laser working at 100% efficiency will suffice to push a 10-gram StarChip + sail to 60,000 km/s in 30 minutes.) Another boon of the small size is that the power required to operate such instruments is very low, whereas Longshot required a 300-kW fission reactor to power its payload. So, the real innovation on this front is not in terms of propulsion or even the lasers but of the miniaturisation of electronics.

One of the scientists involved in the StarChip team is Zachary R. Manchester, who launched a project called KickSat in 2011 and which was selected for the NASA CubeSat Launch Initiative in 2015. A press statement accompanying the selection reads: “the Sprite [a single “ChipSat”] is a tiny spacecraft that includes power, sensor and communication systems on a printed circuit board measuring 3.5 by 3.5 centimetres with a thickness of a few millimetres and a mass of a few grams”. Each StarChip is likely to turn out to be something similar. A batch of KickSat Sprites lying on a table. Credit: @zacinaction on Twitter A preview of KickSat-2 showing its component circuits. Credit: @spacecraftlab on Twitter

However, the miniaturisation of electronics doesn’t solve the other problems the Longshot team anticipated, and which Milner’s team has chosen to overlook in favour of compensatory correcting techniques. The biggest among them is deceleration. Even the Longshot’s 100-year transit from a space station in Earth-orbit to a star 4.37 lightyears away consists of accelerating for about 71 years followed by 29 years of deceleration. In contrast, the StarChip fleet won’t decelerate but pretty much sneeze past Alpha Centauri, making rapid well-timed measurements.

Another problem is whether the StarChip sails will be able to withstand the effects of being hit by a 100-GW laser. Recent sail-based experiments like IKAROS and LightSail-1 have demonstrated their feasibility, at least when it comes to being propelled by photons streaming out from the Sun, as well as engineering limitations. Borrowing on lessons from these missions, the Starshot collaboration has proposed that a suitable metamaterial (composed of various materials) be built to be extremely reflective and absorb as few of the laser’s photons as possible. According to a calculation on the website, absorbing even 1-10,000th of the laser’s energy will mean the sail becoming quickly overheated, and that this has to be reduced to a billionth. In fact, as is often overlooked, having endless possibilities also means having endless engineering challenges, and there are enough for Breakthrough Starshot to warrant the $100-million from Milner.

What makes the project truly exciting is its implicit synecdoche – that none of its challenges are real deal-breakers even as surmounting all of them together would give birth to a wild new idea in interstellar research. Unlike Orion, Daedalus or Longshot, Starshot stays clear of the controversies and technical limitations attendant to nuclear power, and is largely divorced from political considerations apropos research-funding. Most importantly, in hindsight, Starshot isn’t proposing a bigger-therefore-better idea, rather taking a break from the past to better leverage our advanced abilities to manipulate materials as well as showing a way out of Tsiolkovsky’s tyranny (even with a nuclear engine, Daedalus’s conceivers suggested the rocket carry 50,000 tonnes of fuel – and it represented a more serious design effort than what went into Longshot). As with all human enterprises, Starshot is worth celebrating if only for the drastic leap in efficiency it represents.