Mahatma Gandhi’s grandson and biographer has also pointed out an oft-quoted letter by Gandhi about Savarkar was written in reply to a request for help from Savarkar's younger brother and not of his own volition. 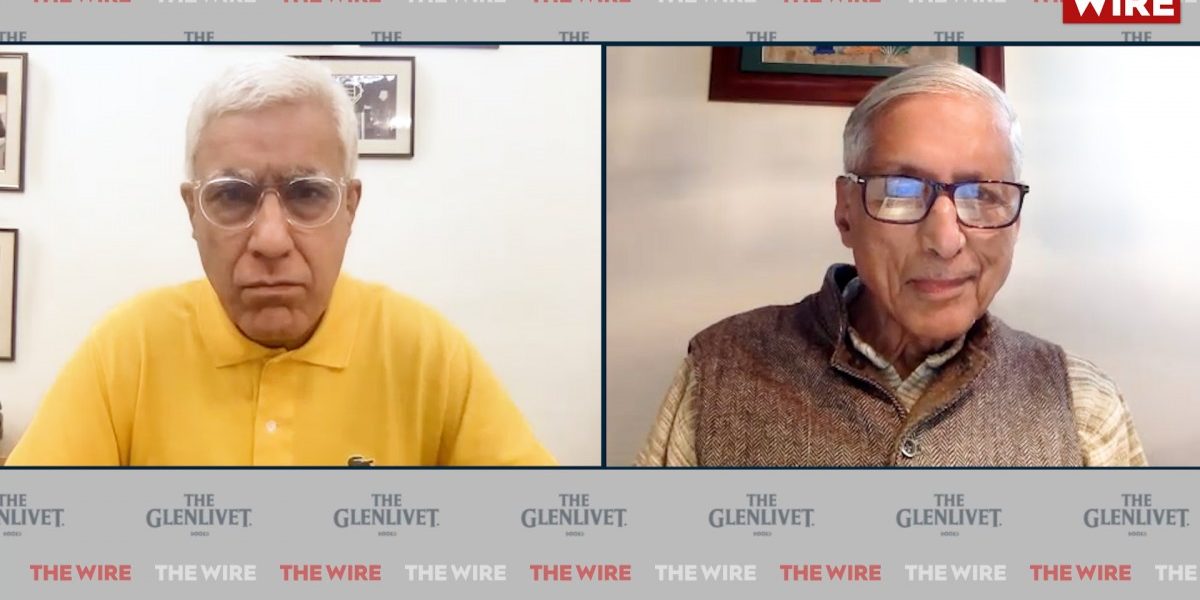 Mahatma Gandhi’s grandson and biographer Rajmohan Gandhi has said that it is “ridiculous, unthinkable and absurd” to claim Gandhi advised V.D. Savarkar to plead for clemency and mercy, as defence minister Rajnath Singh has claimed earlier.

Rajmohan Gandhi also says the defence minister’s claim that it is a falsehood to say Savarkar filed multiple mercy petitions is “completely and totally wrong”. Savarkar filed seven in all. The first was in 1911, shortly after being incarcerated in the Andamans.

In a 30-minute interview to Karan Thapar for The Wire, Rajmohan Gandhi, a professor at the University of Illinois in Urbana-Champagne, said when, in his 1913 petition, Savarkar asks, “’The government in their manifold beneficence and mercy (to) release me’… If these are not pleas for mercy, what are they?”

Rajmohan Gandhi has pointed out that Gandhi’s letter about Savarkar, written in January 1920, was in reply to a request for help from Savarkar’s younger brother Narayan Rao and not written of his own volition. The letter advised setting out the facts of the case to show Savarkar’s offence was political. It did not advise Savarkar to plead for mercy. And, anyway, Savarkar’s first plea for mercy was written nine years before this letter.

Rajmohan Gandhi also agreed that in the article Gandhi wrote for Young India on the Savarkar Brothers in May 1920, he said “they do not desire independence from the British connection.” He added, “On the contrary, they feel that India’s destiny can be best worked out in association with the British.”