The rhetoric of racial purity is full of suggestive terms like illness, weakening and dilution. These imply the medicalisation of the nation. 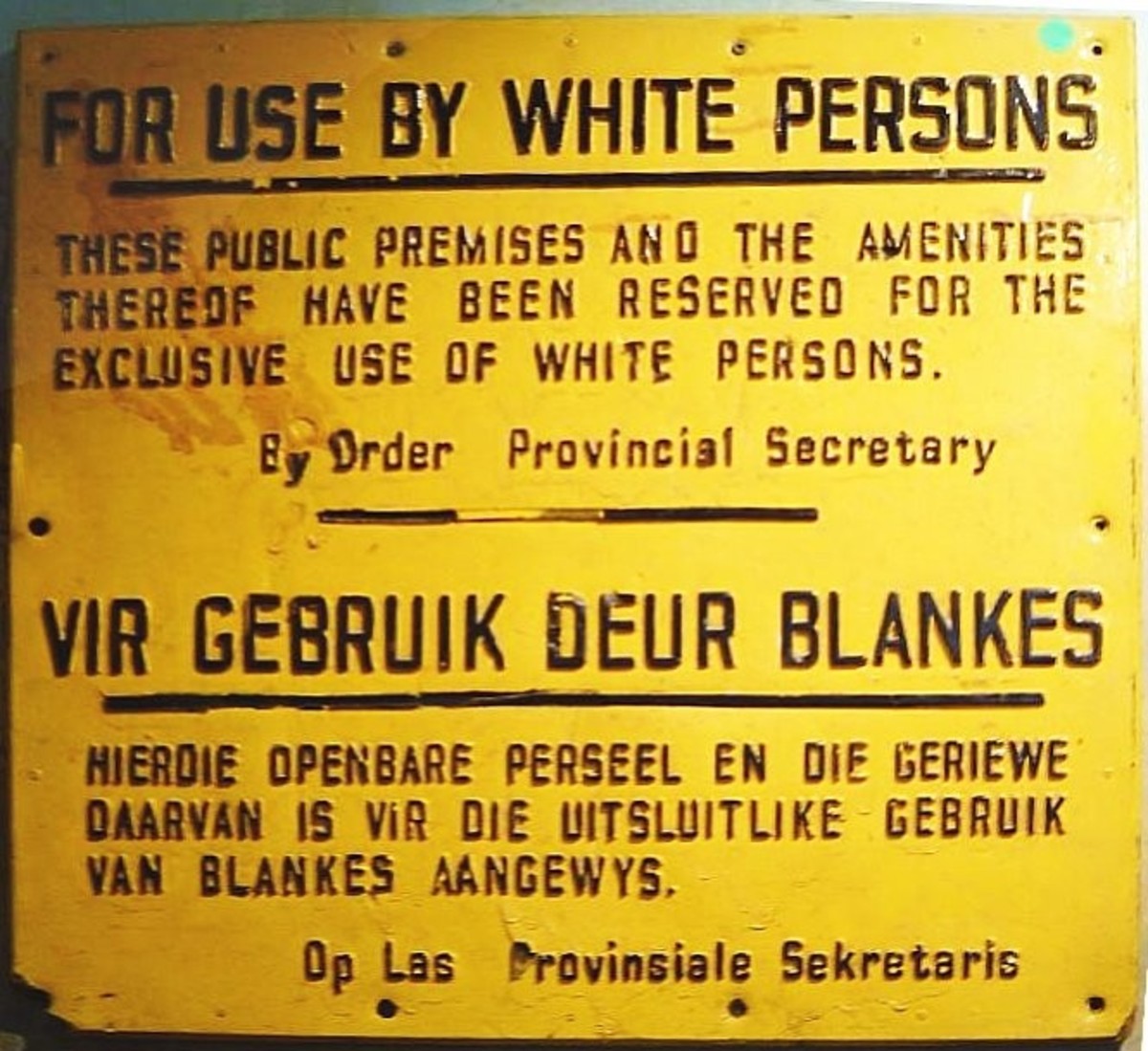 In this extract from her book The End of Whiteness: Satanism and Family Murder in Late Apartheid South Africa, Nicky Falkof explores how ideas about disease, risk and danger that the apartheid government applied to black people were transposed onto fears about Satanism during the 1980s.

The grand apartheid regime’s most pressing fear was gelykstelling, an Afrikaans word that means “equalisation”. It believed that this would bring on the “mishmash cohabitation” and eventual bloedvermenging – blood mixing – that threatened the purity of the white race.

During the run-up to the 1938 election, the National Party campaigned on the argument that the ruling United Party’s policy of allowing mixed marriages would cause mass miscegenation. This, in the words of Afrikaans intellectual N.J. van der Merwe, would lead to “mixing of the blood and the ruin of the white race”.

During the 1970s Afrikaans genealogist J.A. Heese uncovered records of more than 1,200 European men in South Africa who married non-white women between 1652 and 1800. Through this he determined that approximately 7.2% of Afrikaner heritage was non-white. This complicated history was not admissible within the apartheid imaginary.

French philosopher Michel Foucault argued that the existence of other races is essential to safeguard the stainlessness of our own:

The idea of purity suggests that there is an unadulterated, genuine, original race that must be protected. The unpolluted population must not be infected or otherwise sullied by contact with lesser races. Evocative terminology like bloedvermenging suggests this abomination. The rhetoric of racial purity is full of suggestive terms like illness, weakening and dilution. These imply the medicalisation of the nation.

White South Africa was not, of course, alone in its belief in racial purity. Homi Bhabha, in his foreword to Frantz Fanon’s The Wretched of the Earth, writes that in the colonial situation “the racialised person is seen as a threat, an infection, a symptom of social decline”.

Disease was a powerful tool in the ideological arsenal of South African segregationists. The day-to-day bureaucratic implementation of apartheid racial classifications owed more to common sense than to appeals to blood and ancestry. But the mythology of racial difference, if not the methods by which it was implemented, depended on ideas about infection, dirt and the possibility of a pure blood. Those who aren’t defined as white have always been considered “ugly” in the European mindset, which suggests disease and ill health.

Fears of the spread of bubonic and later plagues in the urban slums were a useful justification for the Cape Colony to initiate segregation and forced removals. This was a process of moral, social and economic injustice in the cities of Cape Town and Port Elizabeth that aimed to remove Africans from within the city environs without jeopardising white farmers’ and industrialists’ labour requirements.

When black city dwellers were first ejected from Cape Town at the start of an ongoing project of land dispossession and urban segregation, this was done in response to fears of the “medical menace” of plague. Health and sanitation became catch-all excuses for segregation. The imperative to separate African slum-dwellers from colonists was stated in extreme terms.

“Infected” urban Africans were demonised as a threat to civilisation in the Cape. The “degenerate poor” were a danger to the health and stability of the “imperial race”. Africans living in urban areas were seen as being only partly modernised, neither true to their tribal roots nor capable of proper civilisation. They were “maladjusted” and susceptible to disease, which could be spread to the colonists.

The language of hygiene

The requirement to maintain racial purity was applied to black people as well as to whites. Colonial engineering during the 19th century had aimed to break the power of the chiefs. By the 20th century these tribal authorities had become an important pole in the state’s management of the black population. The homelands system attempted to isolate Africans in an imagined pre-industrial tribal past. It kept them away from the cities and the influence of modernity. This retribalisation policy was couched in the language of culture and nation. It was, in fact, a deeply cynical exercise in which hybrid or even invented ethnicities were forced upon people for the purpose of controlling their movement, labour and lives.

Officials “were well aware of the artificiality of their ethnic engineering”. In some cases, in areas where chieftainships did not exist, government functionaries would simply make them up. They would create a new “traditional” lineage and install a client chief who would keep his subjects in the subdued state that apartheid required of its labour force.

All of these acts of social engineering were expressed in the language of hygiene. Officials cited the need to protect apparently original tribal cultures from polluting contact with modernity – and, of course, all the benefits for social health, life expectancy, political power and the rest that modernity can bring. A particularly hyperbolic statement from then cabinet minister Albert Hertzog, made in 1964, gives a sense of the corrupting effects that Western culture was thought to have on the “primitive” African and the dangers this presented for white society:

It is afternoon and the Bantu [meaning black African] house-boy is in the living room cleaning the carpet. Someone has left the television set on. The house-boy looks up at the screen, sees a chorus line of white girls in scanty costumes. Suddenly, seized by lust, he runs upstairs and rapes the madam.

Discussions surrounding both the importance of Afrikaans as the medium of government and education and the fear of Anglophone influence included suggestions of illness, pollution, dirt, corruption and sickness that characterise the language of racial purity and the quarantined body politic. A rhetoric of contagion and disease became common to white South Africa. As anthropologist Mary Douglas illustrates, dirt, pollution and taboo are cultural constraints that police boundaries:

Where there is dirt there is system. Dirt is the by-product of a systematic ordering and classification of matter.

Apartheid was nothing if not systematic. It was a bureaucratic behemoth that attempted to classify people into easily managed categories so as to maintain the tenuous margins of whiteness. Black people were superfluous to the white nation, existing only as labour potential, dismissed as dirty and diseased and therefore excluded from the citizenry to protect the health and purity of the state’s primary subjects.

These same medicalising ideas appeared in the public conversation around Satanism and Satanists. The supernatural threat contained accusations of dirt, pollution and illness, of infection and parasitism, of something impure threatening and entering into the realm of the hygienic. The Satanist posed a similar danger to the health of the nation as the black person who was “out of place”.