The First Indian Election: Inclusion, Independence and the Making of ‘We, The People’

An electoral roll on the basis of universal franchise, prepared and maintained as accurately and as up-to-date as possible, was the plinth upon which the institutions of electoral democracy would rest. 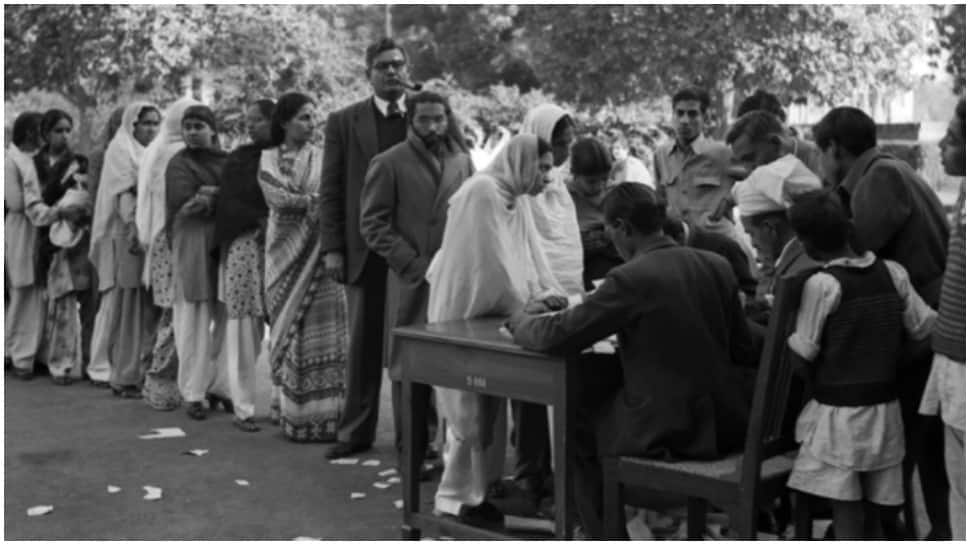 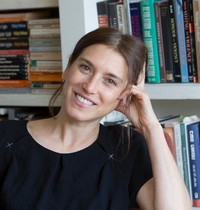 Independent India’s first elections were held from October 25, 1951 to February 21, 1952. To commemorate that monumental exercise, The Wire is publishing a series of articles exploring various aspects of the first ever general election in independent India. Read it here.

The distinctive independence that the Indian Constitution stipulated for the Election Commission belongs to ‘WE, THE PEOPLE OF INDIA’. This is so in a literal sense, because the people had a key role in re-shaping the final constitutional provisions for elections.

The article of the draft constitution provided for one election commission for elections to the central legislature and for separate election commissions for each of the states. Yet the article that came up for discussion, and that the Constituent Assembly finally adopted on June 15, 1949, presented a radical change. The new article stipulated that the election machinery for all elections to parliament and to the legislatures of every state would be vested in a single central and independent Election Commission. This change came about as a result of detailed reports that numerous people and civic organisations sent to the Constituent Assembly Secretariat about attempts of disenfranchisement on the ground in the preparation of the first electoral roll on the basis of universal franchise. At the time, the Secretariat managed and supervised the preparation of the first electoral roll with the aim of holding the first election as soon as possible once the constitution came into force.

‘You will find,’ stated one organisation soon after the preparation of the electoral rolls began from April 1948, ‘that attempts are being made to exclude all persons who were not born in Assam as constituted now’; and that persons who are ‘not regarded as “children of the soil” by the administration’ are not registered. The disenfranchised were mainly Hindu Partition refugees. On paper, they did not meet the residential and citizenship criteria for being voters.

A voter had to be a resident for a minimum of 180 days, but refugees arrived to India recently during the long Partition violence. According to the draft citizenship provisions at the time, the refugees could be eligible to register as citizens, but only after the constitution came into force. In the face of this problem, the Secretariat of the Constituent Assembly decided to register all refugees on the electoral rolls at this stage ‘on mere declaration by them of their intention to reside permanently in the town or village concerned irrespective of the actual period of residence’. This distinctly inclusive solution was informed by the recognition, in the words of one of the Secretariat’s members, that ‘the refugees are always on the move, and, therefore, no residential qualification can be prescribed for them, if they are to be given the right of vote’.

The Secretariat’s disposition was that all adult Indians, irrespective of their caste, class, religion, gender or status, whether as refugees, or by any other markers of identity, had the right to be, and should become voters. The onus, in their view, particularly under the conditions of independence, was on the election management body to secure that, and to err on the side of inclusion. After the constitution was passed, they reasoned that there would be time to deal with claims and objections. The evidence of different forms of disenfranchisement on the ground during the preparation of the rolls resulted in a constitutional change, which safeguarded the independence and integrity of the election machinery, and likely ensured the course of India’s democratic legitimacy.

An electoral roll on the basis of universal franchise, prepared and maintained as accurately and as up-to-date as possible, was the plinth upon which the institutions of electoral democracy would rest. Its preparation entailed the creation of a register of all adult Indians bound together as equal individuals for the purpose of authorising their government. In the Indian context, in the midst of a deeply hierarchical society, divided by caste, class, religion and language, the electoral roll formed a repository of the people’s sovereignty. The roll created an-all India identity of all Indians as equal voters; as ‘WE, THE PEOPLE’. And it belonged to them.

Putting universal adult franchise into practice and ultimately enrolling over 173 million people, about 85% of whom had never voted for their political representatives in a legislative assembly, and a similar proportion of whom were also illiterate, was a colossal and complex undertaking. When the question of how to prepare the roll came about, the first suggestion was to combine it with the decennial census of the country that would be conducted two years earlier than planned.

Combining the tasks was thought to be a speedy and cost-effective way of addressing both the need for statistics and necessary data for national planning, and the task of enumerating voters. But this seemingly attractive proposition was rejected. Upon much consideration and consultation, the Secretariat concluded that a voters’ roll is, and should be, a stand-alone list in its own right with a single purpose. It was not a ‘useful inventory’ like the census. Moreover, at the time there was much suspicion over the decennial censuses. The future voters’ trust in the electoral roll and the electoral process were critical for the success of electoral democracy. This superseded considerations like cost and administrative efficiency.

Indeed, questions of how best to implement the values of equality, inclusivity, integrity and secrecy of the vote informed the design of the processes and means of conducting the first election during the preparations between November 1947 and October 1951. It was done from the outset in consultation with administrators across the country, and by listening to, and sometimes actively seeking public feedback. When the newly formed Election Commission, with Sukumar Sen at its helm, took over the undertaking in March 1950, these values became its raison d’être.

Thus, the Election Commission and its chief were closely involved with the prolonged design of a ballot box that would ensure the secrecy of the vote despite illiteracy, and its safety under the Indian conditions. The prototype ballot box went through many improvements and was not approved before the Election Commission experimented with filling it with up to 2,000 pieces of paper roughly the size of a ballot paper, turning it upside down and shaking it thoroughly to ensure that no paper came out of the slit, which was about the width of a one rupee note.

The idea of using a mark with an indelible ink as a means of preventing personation and double voting and, thus, ensuring the integrity of “one man, one woman, one vote”, was tested ahead of the enactment of this provision in the Representation of the People Act, 1951. When the Election Commission first introduced it before a conference of Chief Electoral Officers from across India, they objected strongly on the grounds that it would take time, complicate the process at the polling booths, and that the Indian public would be reluctant to have their skin marked. Some suggested that this should be applied only to some segments of the population.

The Election Commission asked the scientists who developed the ink at the Council of Scientific and Industrial Research to improve the ink’s drying time. Thereafter, the Commission actively sought to get a buy-in for this measure. For example, with the help of one of the scientists who developed the ink, they conducted a demonstration of its use in a mock election in a rural and an urban constituency in Orissa. Many women and men attended, and none objected. The governor and some ministers were also present and had their fingers marked. Attempts to rub off the ink by different means were unsuccessful and proved that it was robust. The marked finger has over the years become a sign of pride that can be shown and seen for weeks after the election day, long beyond the equalising moment at the polling booth.

The design of means and procedures for the conduct of the first election that was informed by the basic values of electoral democracy did not mean that the election was without faults. For example, about 2.8 million women were struck off the electoral rolls before the election because they were registered as ‘wife of’ rather than in their own name, which was not permissible. Women’s organisations lobbied fiercely for a redressal of this situation before the elections. But the Election Commission adhered to the law and its set procedures, which did not enable at that point further changes in the rolls. Despite its evident unfairness, a case can also be made that this strict approach was also critical for the building of the integrity of the electoral process. Nehru and Ambedkar’s public announcements that they would not interfere in the face of much pressure contributed to that electoral integrity and to the prevention of the politicisation of the process in later years.

Recent meetings of the prime minister with the Election Commission are a departure from this tradition and have raised concerns. A once highly respected and well reputed body, known for its independence, is being damaged in the process. In May 2021 the advocate of the Commission in its panel council in the Supreme Court, Mohit D. Ram, tendered his resignation on the grounds that his values were ‘not in consonance with the current functioning of the ECI’. Moreover, the Election Commission’s work on implementing remote voting through blockchain technology for the 2024 general election, and the Election Laws (Amendment) Bill, 2021, which links the electoral roll data with Aadhaar, are both developments invoked for a seemingly more “clean”, “efficient”, and “cost-effective” democracy.

Many organisations and individuals have warned about the harm of these reforms to India’s electoral democracy (here and here). Among the problems that these developments hold are, for example, the potential breach of the Election Commission’s independence, exclusions from the vote, especially of marginal groups and women, constitutional challenges, the lack of any debate to enable deliberations on the prospective risks of disenfranchisement (the Bill was passed in 26 minutes).

These changes to India’s election management posit fundamental challenges to the core value of the shared experience of all adult Indians being equal voters, and their confidence that the Election Commission is dedicated to ensuring that “no voter is left behind”. This commitment values inclusion over efficiency. This value was produced in the first election through the experience of the long enrolment process; the line outside the polling booths, which gave individuals of different castes, classes and occupation queueing up to cast their vote a concrete sense of them having the same political right; and the ink which confirmed that they acted on this right as citizen-sovereigns. This value became embedded in the Indian electoral experience.

Public confidence in the electoral process has been a major factor in the high rates of participation and the legitimacy of elections. The latest reforms, wherein the electoral roll will lose its stand-alone status by being linked with Aadhaar, and with remote voting rendering irrelevant the queues and the ink, will undermine this core value. Although these reforms may save some costs, the ultimate price paid by Indian democracy may turn to be very high indeed.

Ornit Shani is an Associate Professor of Modern Indian History, Department of Asian Studies, University of Haifa, and an Affiliated Scholar at the Centre of South Asian Studies, Cambridge. She is the author of How India Became Democratic: Citizenship and the Making of the Universal Franchise (Cambridge University Press, 2018; and Penguin Random House India, 2018).