Faced with constant assaults on their traditions, the elite Hindus of the 19th century found solace and self-respect in ancient texts. 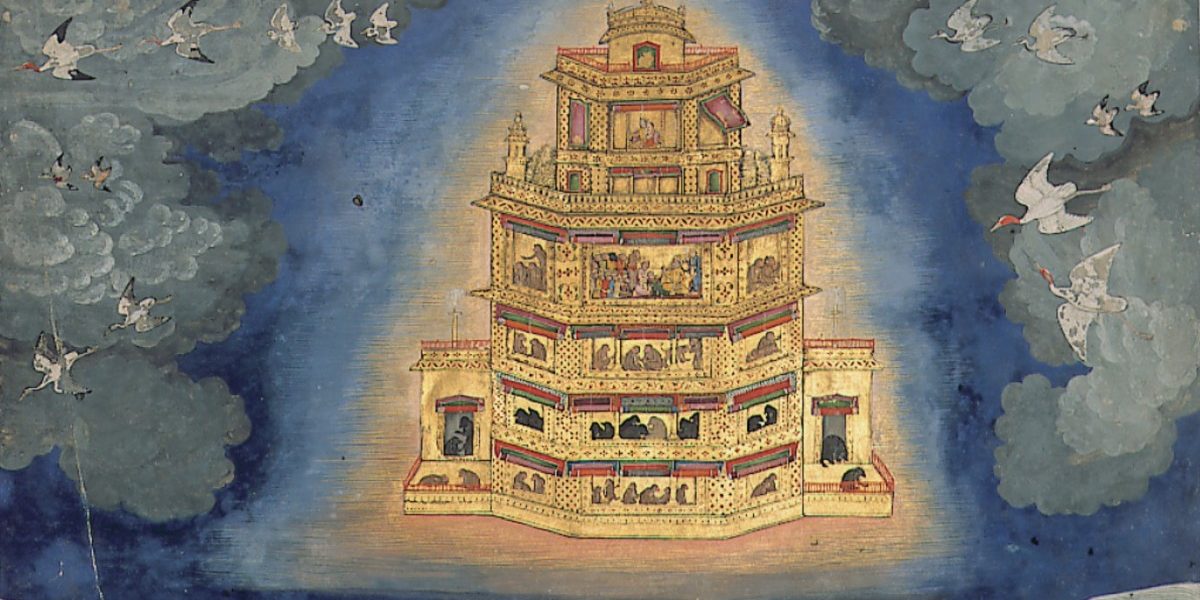 We live in interesting times. Young activists who talk passionately about peace and social justice are dismissed as being ‘brainwashed’ and anti-national, while persons who are truly indoctrinated (with Hindu supremacist notions) occupy high and powerful positions. What happened at the recent Indian Science Congress is an all-too-familiar story. Many of us might remember people telling us, when we were kids, how our traditions and rituals have a “scientific” basis, and how the Vedas contain proof that ancient Hindus “already knew” modern science.

Consider a simple thought experiment to drive home the profound absurdity of such claims. The Harry Potter books were written in the 1990s and 2000s, with translated copies soon available in multiple languages including Hindi. Let us suppose that some time in the near future, civilisation is disrupted (maybe the current worldwide rhetoric of hate finally reaches its logical end and the planet is decimated by nuclear war). A millennium later, let’s say some Hindi-speaking persons – going by the aggressive Hindi imperialism, it is possible that only this Indian language will survive in the future – discover scattered pages of a copy of a translated Harry Potter book.

What if they used the example of Quidditch to claim that Indian people “knew” way back in the 2000s how to fly sitting on a piece of wood? Or claim that “our ancestors” knew the “science” of constructing a house that looked tiny from the outside but was enormous from within? Some wild enthusiast might also point at similarities between the name Harry and Lord Hari, and between Quidditch and kabaddi.

If you find all of this frustrating, you might empathise with those Indians who are now helplessly witnessing many of the nation’s scientific and political institutions (including the very highest ones) being helmed by people who believe in similar absurdities.

While every irrational claim is always fastidiously met with rightful criticism from rational Indians, it might be helpful to understand when and why exactly we even began thinking this way. Of course, there is the notorious Indian habit of confusing mythology and fables with history and real events. But are there any other, more immediate reasons? Unsurprisingly, as with most other aspects of Hindu nationalist thinking, the answer lies in British colonial influence.

A doggerel, written by an Indian and which appears in Mohandas Gandhi’s autobiography, is a good place to begin:

Behold the mighty Englishman
He rules the Indian small,
Because being a meat-eater
He is five cubits tall.

These lines, popular in Gujarat during Gandhi’s childhood in the 1870s, hint at an extensive permeation of Thomas Macaulay’s British supremacist ideas some four decades after he infamously denigrated the cultures of India. In the 1800s, many privileged Indians – privileged enough to be formally educated – grew up assimilating such ideas about the ‘civilising mission’ of the British, the belief that it was the ‘superior’ White Man’s “burden” to civilise the ‘inferior’ peoples of India.

Ordinary Indians found it very difficult to resist or ignore these ideas. There was clear proof all around of British hegemony, including military prowess and scientific innovation. To use the historian Sudipta Kaviraj’s words, colonialism “triggered an immense intellectual assault” on India. But then, this British and Christian dismissal of Indian cultures spurred many educated Hindus – almost all from the privileged castes – to radically review and reformulate their religion and traditions. They began reappraising Hinduism and reconciling it with the ideals most associated with European superiority: rationalism and science.

In a seminal book on ‘science and the imagination of modern India’, historian Gyan Prakash shows that by the end of the nineteenth century, “discussions and debates around Hindu religion and society acknowledged the authority of science.”

That did not, however, completely diminish the authority that ancient Hindu texts exercised in the minds of many of these young men from the privileged castes. Elite Hindus who wrote extensively about Hindu cultures in the 19th century bowed with equal reverence before the authority of modern science and of ancient Hindu texts. Thus, an unusual concoction of religion and science began brewing in the elite Indian cauldron of discourse.

As an example, let’s look at an excerpt from Bankim Chandra Chattopadhyay’s writings (as excerpted in Prakash’s book):

Hindu intelligentsia began to identify a body of scientific knowledge in particular Indian texts and traditions. Denying that science was alien to India, they argued that the ancient Hindus had originated scientific knowledge. This view earned widespread support among the Western-educated elite and became a key nationalistic belief. Religious reformers, litterateurs, philosophers, and practicing scientists alike spoke repeatedly and obsessively of a forgotten but true knowledge fashioned by the ancient Hindus.

All such developments from the 1800s gave rise to a trend that we sadly never fully abandoned. Faced with constant assaults on their traditions, the then-elite Hindus found solace and self-respect in ancient texts, and maybe didn’t find anything much ‘scientific’ in contemporary Hindu societies and ways of life.

Also read: Science and Pseudoscience in This ‘Age of Magic’

The irony is that some of us are resorting to those makeshift reformulations, or what Ramkrishna Bhandarkar termed an “extravagant admiration for ancient Hindus,” 70 years after independence, after countless genuine scientific achievements, and despite a widespread awareness about genuine ancient achievements (non-mythological, non-Vedic) like the work of Aryabhata and Sushruta. In these times, Bhandarkar’s 1918 prescription holds truer than ever:

We must not cease to read our Sanskrit and vernacular works for the pleasure and instruction they afford to us. But we must take care that our partiality for them in this respect does not obscure our judgment when we have to examine them critically.

Finally, we also must remember that the Vedas and the Sanskrit epics were privileged in these reformulations of Hinduism primarily because, due to historical contingencies, these developments occurred first in Bengal and northern India in elite Hindu circles. Considering India’s vibrant and deep-rooted diversity (at least in the 19th century), it is possible that people from other regions and social backgrounds would have responded to colonialism’s intellectual assault quite differently. And we might have had a very different Indian Science Congresses these days.