By The Conversation not exerting its editorial rights from the start and then hastily taking down a piece, an important conversation was prevented from happening. 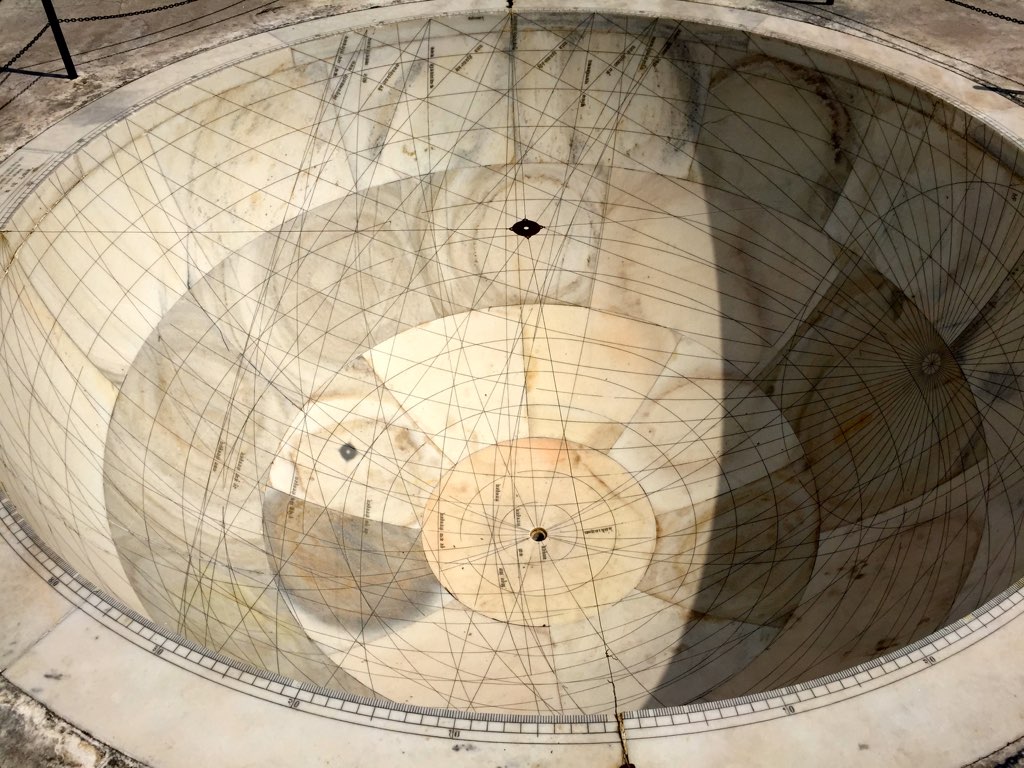 At the Jantar Mantar, New Delhi. Credit: rosshuggett/Flickr, CC BY 2.0

The first time I had come to know of the eminent physicist Thanu Padmanabhan was through an e-mail exchange with his colleague at IUCAA Pune, Jayant Narlikar.

The e-mail from him was angry but polite. At this time I was involved with the editorial of an international science magazine in India. Narlikar felt he had been short changed by one of its editors based in New York. Unburdened by this history, I had dropped a line sounding him out for contributions.

In a terse e-mail, Narlikar wrote that there was work he and his colleague, a Padmanabhan, had done which wasn’t properly credited – despite their writing to the magazine. It seems at first the editor said it would be corrected and then, after several months had gone by, said too much time had passed to carry a clarification. A fait accompli.

That exchange was more than five years ago. It was by chance that I came across the radio interview of Padmanabhan recently. I had later worked with him on an article. Both that experience and the manner in which he had done up his website, with a quirky brand of humour meshed with aphoristic tales and an unmistakeable streak of independence, appealed to me. I wanted to listen to this guy.

The radio interview does not disappoint. He is gentle but unsparing.  At one point he is asked about a previous statement he made in 2012, according to the presenter, that “my work gets recognised globally, but very often it is recognised in India only after it gets honoured in the West. That’s a worrying trend and that needs to change.”

Do you see that changing, the interviewer asks.

“No,” he replies flatly, later adding that “we’d rather work on the wrong ideas of other people in the West than work on wrong ideas of our own. We do not stand up for Indian science.  We hide it behind it oh science is international, laws of nature are universal etc… But it doesn’t work that way… deserving science needs support…”

This reminds me of a conversation with Spenta Wadia, former director of the International Centre for Theoretical Sciences (ICTS), Bengaluru, where he lamented the lack of leadership in Indian science. The India-based Neutrino Observatory, for which the national academies of science never spoke up and for which a neutrino physicist in Delhi said had “no Godfather” existed, are only other symptoms of this inability to speak up as a group or carry weight with the political establishment.

That conversation was early in 2015, not long after that the Indian Science Congress had held what can only be called a hallucinatory session on ancient Indian aircraft. The scientists were ducking, not just because this was atrocious but because it distracted from what needed to be promoted as real achievements.

Mayank Vahia at the Tata Institute of Fundamental Research, Mumbai, who has keen interest in ancient Indian history, wrote an impassioned plea in DNA saying that “These attempts are self-defeating, but they also drag down more than just themselves. They bring down the morale of the conventional scientists and divert attention and resources away from conventional science and technologies.”

That history is, of course, worth celebrating in of itself. Beyond that, it is also clear that in a way textbooks were colonial projects in which, at least where there is a reasonable preponderance of evidence, changes can be made.

The logo for ICTS, as Wadia pointed out, is actually a pictorial proof of Pythagoras’ theorem by a Bhaskara II. As the mathematician and Fields Medallist Manjul Bhargava has stated, what are called Fibonacci sequences were known to Carnatic musicians deriving from their Sanskrit origins. Yet I cannot recall any mention of this in my textbooks.

It is true that we can’t keep looking to the past. As a quote attributed to the Irish playwright, George Bernard Shaw puts it, “We are made wise not by the recollection of our past, but by the responsibility for our future.” And yet something is lost when the past is once-removed.

In the narrative of science, at least in the modern era, much of the East is excluded. When the Higgs boson was discovered, the physicist Gordon Kane gave a quote for an article I wrote – that the discovery represents a “marvellous achievement, the cornerstone of 400 years of efforts to explain what we observe in the universe.” It is also 400 years from which the East is largely excluded.

At the same time, the 400 years-streak can’t be wished away. If one were to go by some of the oldest journals from the Royal Society, like Philosophical Transactions, they continue to publish, albeit with their stature diminished. Comparatively newer journals like Nature and Science publishing for over a hundred years from the UK and the US are still the journals where researchers want to get in – so much so that a fake journal by the title Nature and Science had come up – if you publish in one you can claim to have published in both.

The astronomer Neil DeGrasse Tyson inadvertently showed the skew when he mentioned that if the science was robust in a country then it would get naming rights for newly-found phenomena. Proper names aside, what if the language of the scientist was Bengali or Tamil?

There is always a tussle between those who say a fact is objective and those that challenge its frame of reference. Such a relativistic view may be called postmodern. But it may be possible to ask a separate question, what if both are true? Following this, it may also be realised that certain questions have no real answers—such as where the wheel was first invented. The other part of such an approach could be to use relativistic views as ways of decentering a discourse even if their objective truth is disputed.

It is in this context that I come to a recent article by C.K. Raju that was unceremoniously taken down from the website The Conversation. For at least a few accomplished old hands like Roddam Narasimha (writing in Current Science) the figure of Pythagoras is seen to be elusive but it very much cannon for the West.

Leaving aside the actual claims which I cannot gauge on my own, I sense several of the old dynamics – at least the power structures – at play. An editorial decision was taken because it could be implemented. The broader point is that conversation was shut down. It is unclear why. The line accompanying the retraction gives no explanation, not even to the readers, save an email address to direct further inquiries at.

The work would have gone through an editor before being published. If so, several of the issues could be resolved there. I believe controversial views from people who are not simply publicity-hungry and have a semblance of reasoning should be aired because there is something to be learnt from them always.

For example, if the noted physicist Freeman Dyson is a climate skeptic – first, it can be stated at the outset that this is far from the consensus of most climate scientists. Dyson agrees that anthropological climate change is a fact but disagrees with the modelling of it. But then, two, perhaps he can explain why? And then it gets more interesting. Having seen videos of Dyson explain his position, it seem he knows the equations on which climate modelling is based but believes that we’re not quite there yet in terms of, say, modelling cloud formation. Completely cutting him off would’ve left us not knowing this nuanced, even reasonable, position.

So, by The Conversation not exerting its editorial rights from the get-go and then hastily taking down a piece, a real conversation and one that needed to happen was prevented from happening.