The Russian Revolution Catalysed an Array of Experiments in Art

Avant-garde artists of the time were primarily concerned with projecting different kinds of future work spaces. 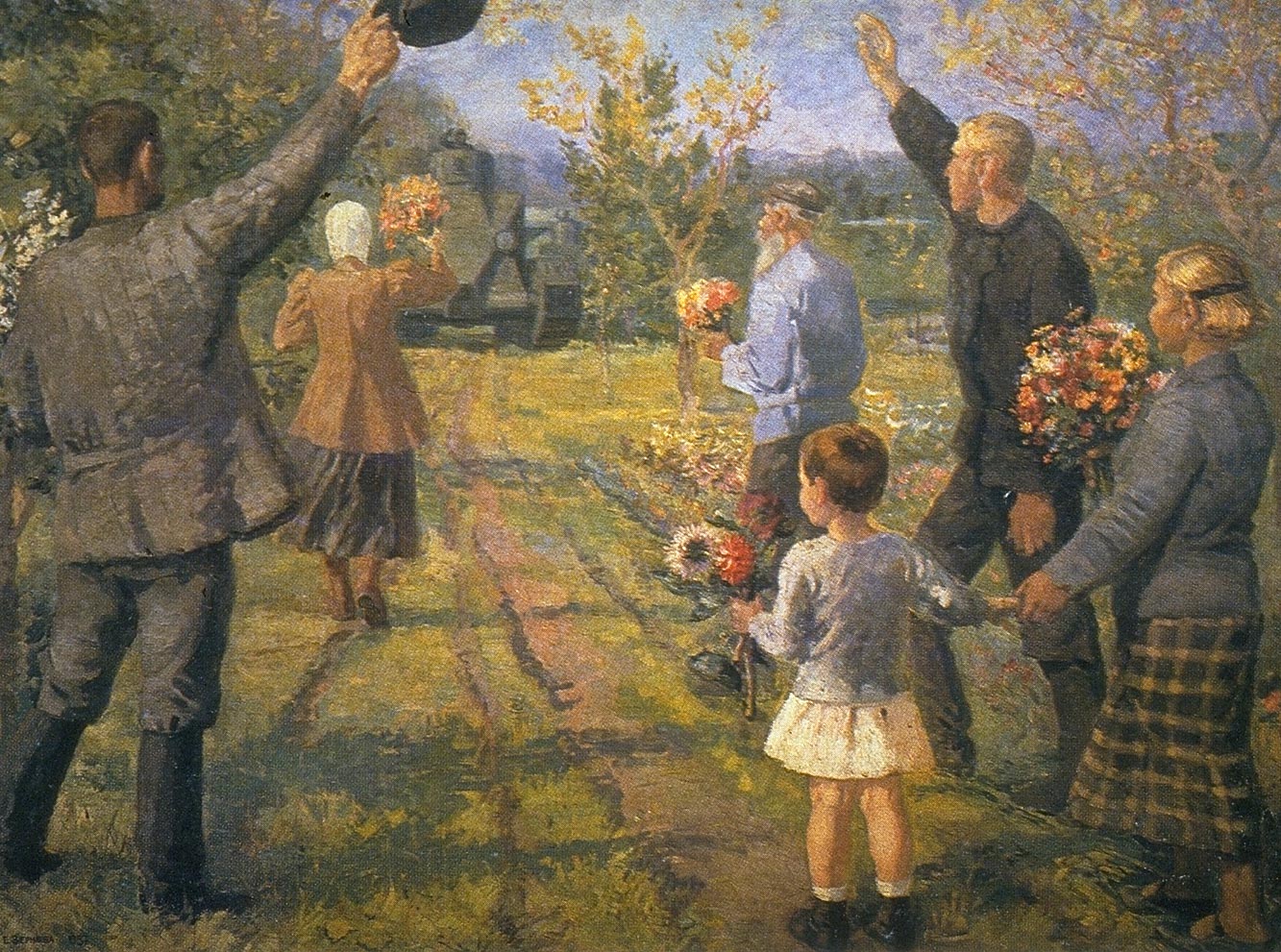 In 1937, at a time when Stalin was consolidating his policy of collectivised farming in Russia, Ekaterina Zernova, a member of  “Izobrigada” (group of art workers), made a painting depicting an army tank rolling down a dirt track through a green meadow, being greeted by workers of a collective farm with bouquets of flowers in their hands. This celebration of an industrial war machine, painted in a manner that was to become the dominant visual language across authoritarian regimes, was far removed in content and style from the body of work that was produced by artists in the wake of the October Revolution of 1917 in Russia. This pivotal movement in the visual arts, informed by a utopian outlook, subsequently acquired great currency in many parts of the world.

There is no single route to abstraction. It is worth noting then that the Russian Revolution threw up a fascinating array of experiments in nonrepresentational arts; a revolt against the illusionary character of art associated with religion and representation of the aristocracy that was the mainstay of art practice till the 19th century. The political focus of the new socialist ideology in Russia lay in transforming a rural economy into an industrialised society and artists, it was believed, would play an important role in this transformation if given the autonomy to frame a new artistic vision. Not directed towards the production of aesthetic objects, the art of this period flourished through the support of an institutional infrastructure and intellectual engagement of artists that believed in endorsing “truth to materials”. This had enormous bearings on the field of functional design, typography and architecture that developed out of an analysis of the fundamental properties of materials: faktura, combined with tektonika, their spatial presence.

The impulse towards nonrepresentational art, however, was inaugurated a little earlier, in the first two decades of the 20th century, through the work of Wassily Kandinsky, Natalia Goncharova and Mikhail Larionov, and the activities of short-lived artists groups from Russia, intent on provocation and bearing absurd names like the ‘Jack of Diamonds’ or the ‘Donkey’s Tail’. What emerged though from this labyrinth of irreverent activities was a style of painting called Suprematism, steeped in spiritualism and practiced by  Kasimir Maleavich from Kiev. His Black Square on a White Ground (1913) is an early example of trying to pare art down to the bare essentials of form. 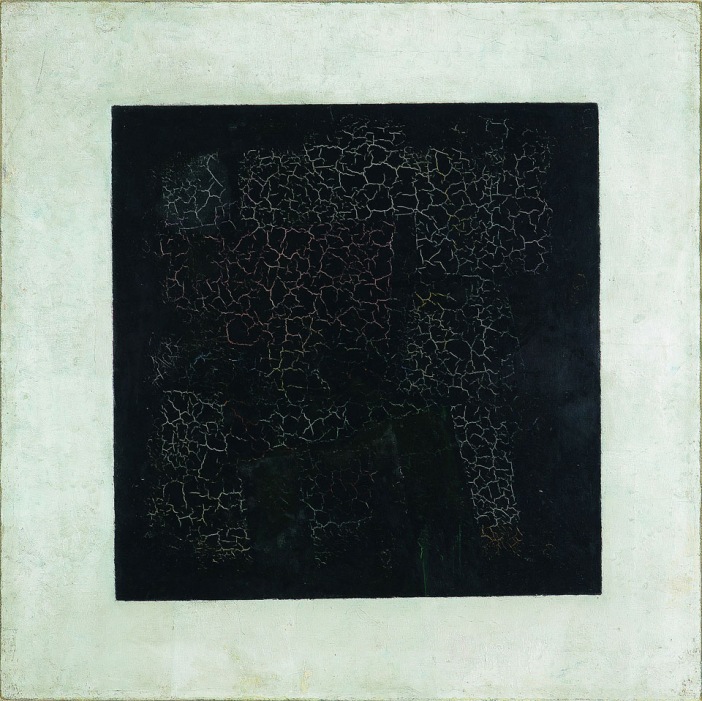 Yet, there was another dimension to experimentation with pure form. Beat the Whites with the Red Wedge, a 1919 poster designed by El Lissitzky drawing upon Vladimir Mayakovsky’s declaration ‘the streets our brushes, the squares our palettes’, is a politically-charged work that used the language of formalism rather than academic realism. It is, however, also a partisan political statement in favour of the Bolshevik revolution, visualised through the pure geometry of triangles and squares. Designed to stand on a street corner, the poster prefigures what came to be called Constructivism in the Russian avant-garde. 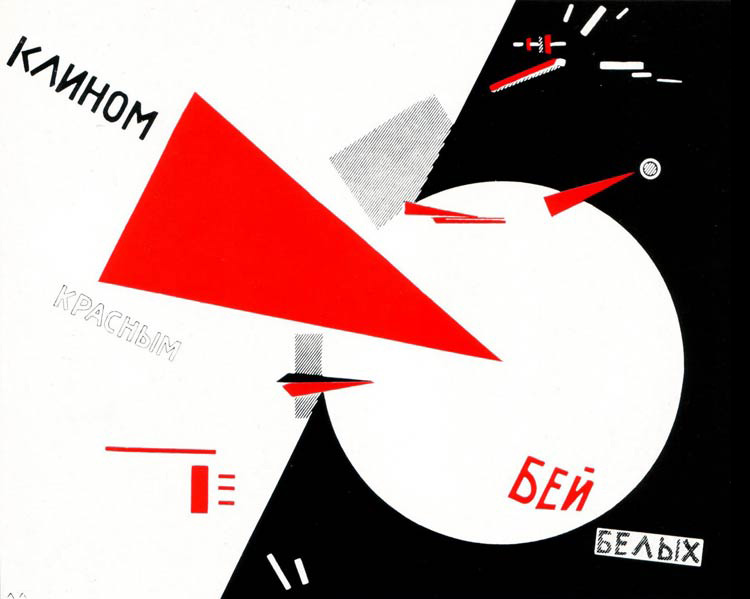 Beat the Whites with the Red Wedge. Credit: designishistory.com

The formation of the Soviet Union in 1922 was a turning point for artists, and the desire to foreground proletariat expression led to the formation of ‘Proletkult’ – an organisation that advanced the idea of a spare, functional art in consonance with thinking about art and its social role. This was supported by the government of the day with an independent network of studios being created to give artists the space for autonomous experimentation. Subsequently, institutions such as ‘VKhUTEMAS’ (The Higher Art and Technical Workshop) with Vladimir Tatlin, Kandinsky, Naum Gabo and Alexander Rodchenko as faculty, UNOVIS (The Champions of the New Art) helmed by Maleavich and other organisations, connected artists who sought to repudiate easel painting for utopian functionalism. Textile designs, posters, furniture for workers clubs and clothes for the factory worker, athletes and modern working men and women were developed to  flatten class and gender hierarchies in the workplace. Essential to this transformative vision were designs developed by women artists like Liubov Popova and Varvara Stepanova.

One fundamental text of Constructivism is The Realist Manifesto, authored by the sculptors Naum Gabo and Antoine Pevsner, which positions art as the fulcrum of modern life “at the workbench, at the office, at work, at rest, and at leisure; work days and holidays, at home and on the road, so that the flame of life does not go out in man”. 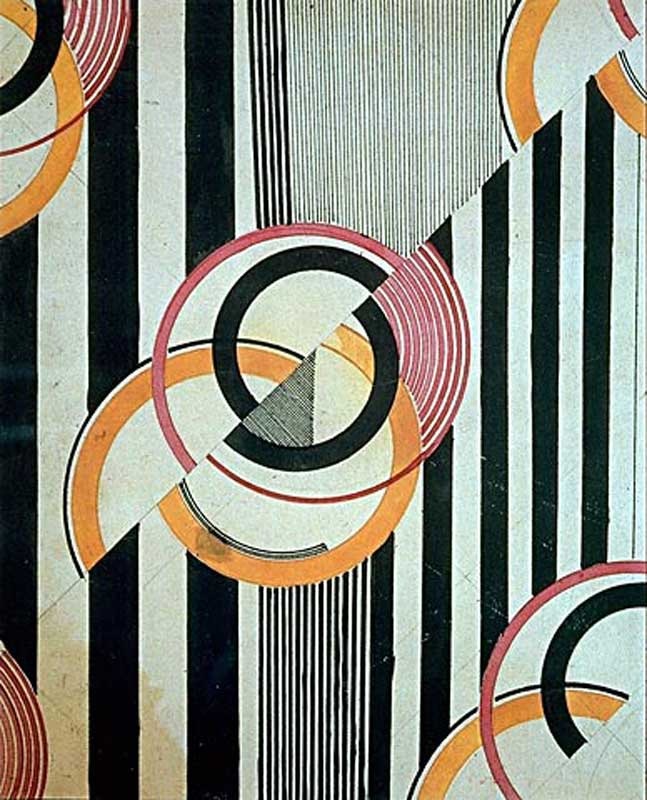 Indeed, the overwhelming concern of artists of the Russian avant-garde was to make enlightened projections for the future of the workspace, an example of which is Vladimir Tatlin’s Monument to the Third International or Tatlin’s Tower as it came to be called; a spiralling mass of steel and glass that was envisaged to stand taller than the Eiffel Tower. It was to be constructed out of the three basic forms of the cone, cube and cylinder and also have a temporal character as each unit was meant to rotate at a different cadence. This architectural design, a monument to the revolution was planned to serve as a centre for the Communist Third International, or the Comintern, even though it was probably impossible to realise on the ground. Several experiments in architecture however did see the light of day such as the futuristic designs of the Soviet Pavilion at the 1925 Paris International Exposition, and even the designs for residential units such as the Narkomfin Building in Moscow, which included communal kitchens and crèches releasing women from domesticity to enable them to join the workforce. 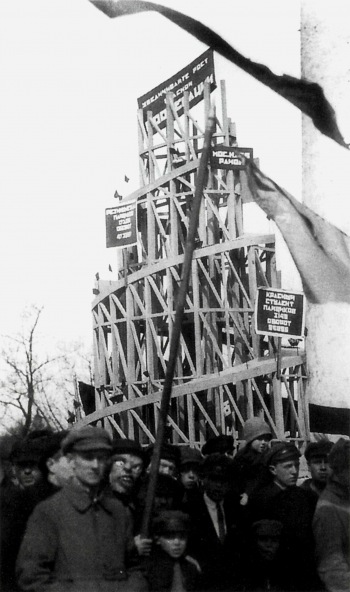 Industrial forms that could replicate images such as printing and photography had an important place in the visual lexicon developed by Constructivist artists. Photomontage as imagined by them was quite different from the Dadaist “destructive” collages. The photograph was a construction unit that was often combined with text and painted areas, to dismantle the idea of one point perspective. With the background eliminated by cutting, the image could be re-contextualised and animated through variations in scale and contrasts of colour that would be added as activating elements. Gustav Klutsis and Valentina Kulagina’s Dynamic City or the poster The Electrification of the Entire Country are early examples of this form of montage technique. 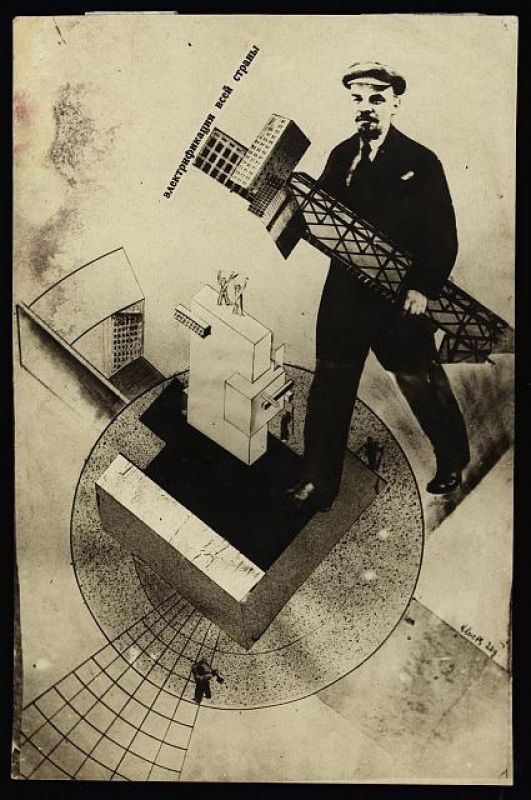 Fig. 5. Gustav Klutsis, Design for a poster The Electrification of the Entire Country. Credit: monoskop.org

Unlike photography of an earlier period that was intimately connected to acts of memorialisation, these images, published primarily in periodicals such as LEF (Left Front of Art) created a unique space for image – text relationships, beginning with the cover page, a distinctive location for professing a social agenda. However, in this space of futuristic projections there was also space for emotional entanglements and the celebrated romance between Mayakovsky and Lilya Birk found a place in the periodical as an illustrated poem Pro eto (About this).

The longue durée of the avant-garde project, even if it was to subside momentarily in Russia, extended across diverse locations and continents, taking root through institutions that were inaugurated when decolonised nations sought to imagine a new future for themselves. It is a bequest that did not always maintain a dialectical relationship with local social conditions and geography, because of which this historical project of modernity today finds itself at a crossroads.

Shukla Sawant is a visual artist and professor of visual studies, School of Arts and Aesthetics, JNU.