The Relevance of Rabindranath Tagore's Politics on His 158th Birth Anniversary

Swaraj for Tagore was not just political freedom, but freedom from hunger, disease, servitude and ignorance. 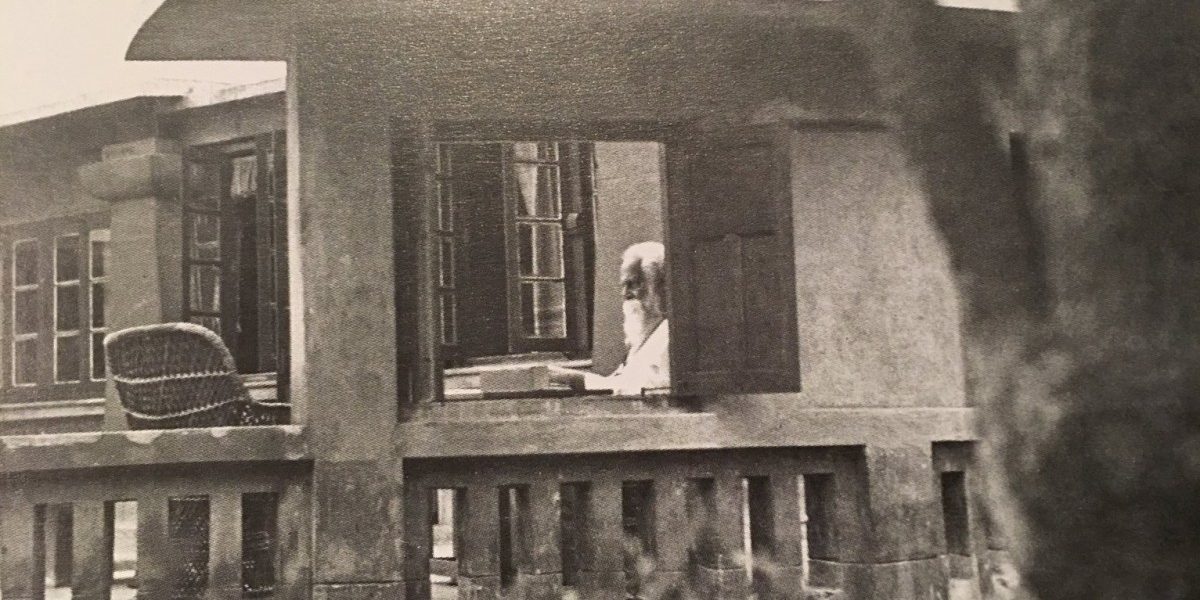 “Only the weak dare not be just.”
∼ Rabindranath Tagore, The Home and the World

In 1905, at the start of the Swadeshi and Boycott movements that began in many parts of Bengal to resist Lord Curzon’s declaration to divide the province, Rabindranath Tagore had been an important part of the movement both politically and ideologically.

He wrote powerful songs that were sung by Swadeshi volunteers through the streets of Calcutta and travelled extensively to address people on various issues. His nephew Abanindranath has written about one incident that showed the poet in action in one of the earliest examples of mass mobilisation for the cause of Swadeshi. On October 16, Partition Day, Rabindranath provided a novel gesture of protest: he decided to observe ‘rakshabandhan’ when everyone would tie a rakhi on everyone else to symbolise Bengal’s unity.

A great crowd took to the street around Jorashanko singing his song ‘Banglar mati, banglar jol’ while the poet with his family members went to take a dip in the Ganga and women from rooftops and balconies blew conch shells. As they travelled down Chitpur, Rabindranath, forever the iconoclast, went on to tie the thread of unity on some ostlers while his relatives waited fearfully, anxious that the Muslim ostlers would resent such a gesture. Later the poet went to the neighbourhood mosque to embrace the maulvis and tie threads on them too.

However, the Swadeshi enterprises that interested Rabindranath the most were village reconstruction and education. Both these ideas, on which he spoke and wrote extensively, had few takers among the upper caste and upper class bhadraloks of Calcutta. The Swadeshi workers wished to incite the peasants to rise against the British but they had no real interest in their welfare. The poet, on the other hand, wanted the volunteers to reconnect once again to the pulsating heart of India: her villages and her village folk.

From his own arduous experiences in Shantiniketan, Rabindranath knew that this kind of work had no glamour and earned very little fame. For his part, he worked hard to raise funds for the National Council of Education and in one of his estates, he started a Benevolent Society involving 125 villages where money collected from the estate and from members was used to maintain schools and dispensaries and to provide clean drinking water and loans to distressed farmers. He was absolutely certain that the contemporary leaders ‘had no real sympathy with the real problems of India’ and even when the British were driven away, India would remain a prey to disease and deprivation.

One another aspect of the Boycott movement troubled him deeply. In Eastern Bengal, where Muslims formed a majority of the agriculturists, the forcible imposition of burning foreign clothes seemed to him an intolerable harassment. British clothes were cheap as against the clothes produced by Swadeshi mills and therefore the peasantry preferred to buy what was more affordable. In his essay Shodupaye (The Right Way, 1908) he clearly articulated the conflict at the heart of the movement:

“A few days ago, a letter arrived from the provinces saying that in a large market, traders had received a notice stating if they do not comply with the Boycott of foreign goods, their stalls will be set on fire. In some places such notices have been followed by arson. …. It is indeed sad that for some of our educated men this kind of oppression is not wrong. They have decided that such terror tactics are necessary for the good of the country. It is useless to talk of justice to such men. They claim that what is done for the sake of the country cannot ever be unjust, an ‘adharma.’ But even to a perverse mind we should repeatedly reiterate that injustice cannot be good for a land and for its people…….. The lower castes and the Muslim peasants have become impatient and the following thoughts run through their minds: Those who have never loved us, who have been indifferent to us in our misery and dangers, who treat us as animals socially, come to oppress us because of foreign cloth or any other reason and we will not tolerate it. Therefore, in spite of great personal loss and hardship, they continue to use foreign materials.

This is the reason why I say that the greatest curse upon the country is not foreign cloth but this quarrel within it. Nothing is worse than one section of the populace enslaving the opinions of another through force and against their will…”

Rabindranath was aware how Boycott inevitably alienated and marginalised the poorer sections of society and a decade later he would dramatise that in his novel Ghare Baire (The Home and the World, 1916). But even years earlier, in his essay Byadhi O Protikar (The Disease and the Cure, 1907), he was brutally honest about what truly ailed India:

“We [Hindus and Muslims] have, for hundreds of years, lived side by side, partaken the crop from the same field, drunk the water from the same river, shared the same sunlight. We speak the same language, share the same joys and sorrows but ordinary human interactions that take place between neighbours have never been exchanged between us. We have not behaved like brothers. We have nurtured this sin for so long that even when we have lived with each other for decades, we have been unable to stop this separation from enlarging. God will not be able to forgive us this sin…..We know in many places of Bengal, Hindus and Muslims do not share the same seat; if a Muslim enters the room he is made to sit on a separate chair and the water in the hubble-bubble is changed for fear of pollution. During arguments we say, nothing can be done about this, the holy texts must be followed. No holy book states Hindus must hate Muslims. If any sacred text does say that, it will not help us to establish Swadesh or Swaraj in this land. In a country, where hatred of neighbours is taught by religion, where a man invites hell’s wrath by drinking water from the glass of another, when one race is redeemed by humiliating another, then degradations and insults await the people of that country. If one set of people look down upon another, then they will have to suffer the same humiliations in the hands of others…We have divided ourselves, and, since we understand difference more than unity, we will never rid ourselves of slavery and piteous humiliation.”

The poet was categorically clear about the real political work that remained undone in the country. He believed that all our energies must be directed to alleviate poverty, to inculcate amity amongst communities and all manner of people and to foster values of freedom and self-reliance, ‘atmashakti’. Swaraj for him was not just political freedom but freedom from hunger, disease, servitude and ignorance.

Also read: Why It Is Important to Preserve Tagore’s ‘Gurudev’ Image

Although his prescient admonitions were made in the context of the Swadeshi Movement, they ought to be recollected at this present moment of our history with a degree of urgency. We should take them to heart, for these words, even after so many years, carry the onerous but inexorable import of truth.

All translations of the Tagore essays by author.

Debjani Sengupta teaches at the Department of English, Indraprastha College For Women. Her translations of Tagore’s essays have appeared in The Essential Tagore (Harvard University Press) and she has edited, with Dilip Basu, The Home and the World(Worldview Publications).