Forgotten, Discovered and Then Forgotten Again: The 1857 Martyrs in Punjab's Ajnala

Despite 282 skeletons being excavated in a well in Punjab's Ajnala, the historian who made the discovery feels the government has done little to preserve the martyrs' memory. 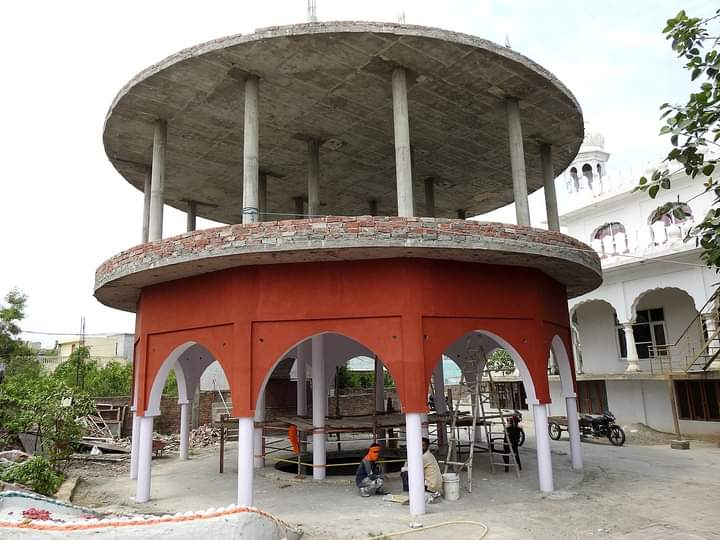 Amritsar: In March 2003, a curious historian caught a glimpse of the word ‘Ajnala’ in fine print on a ragged, vintage book discarded carelessly outside the Town Hall library in Amritsar. That led to the rediscovery of a ‘buried’ massacre, which some say finds an equal only in the Jallianwala Bagh carnage, in scale and brutality.

As 50-year-old amateur historian Surinder Kochhar first picked up the book titled Crisis in Punjab by Frederick Henry Cooper, he had no idea that he would be opening the world’s eyes to the deaths of 282 soldiers of the 26th Native Bengal Infantry Regiment. For over 157 years, their remains had been hidden in a well. 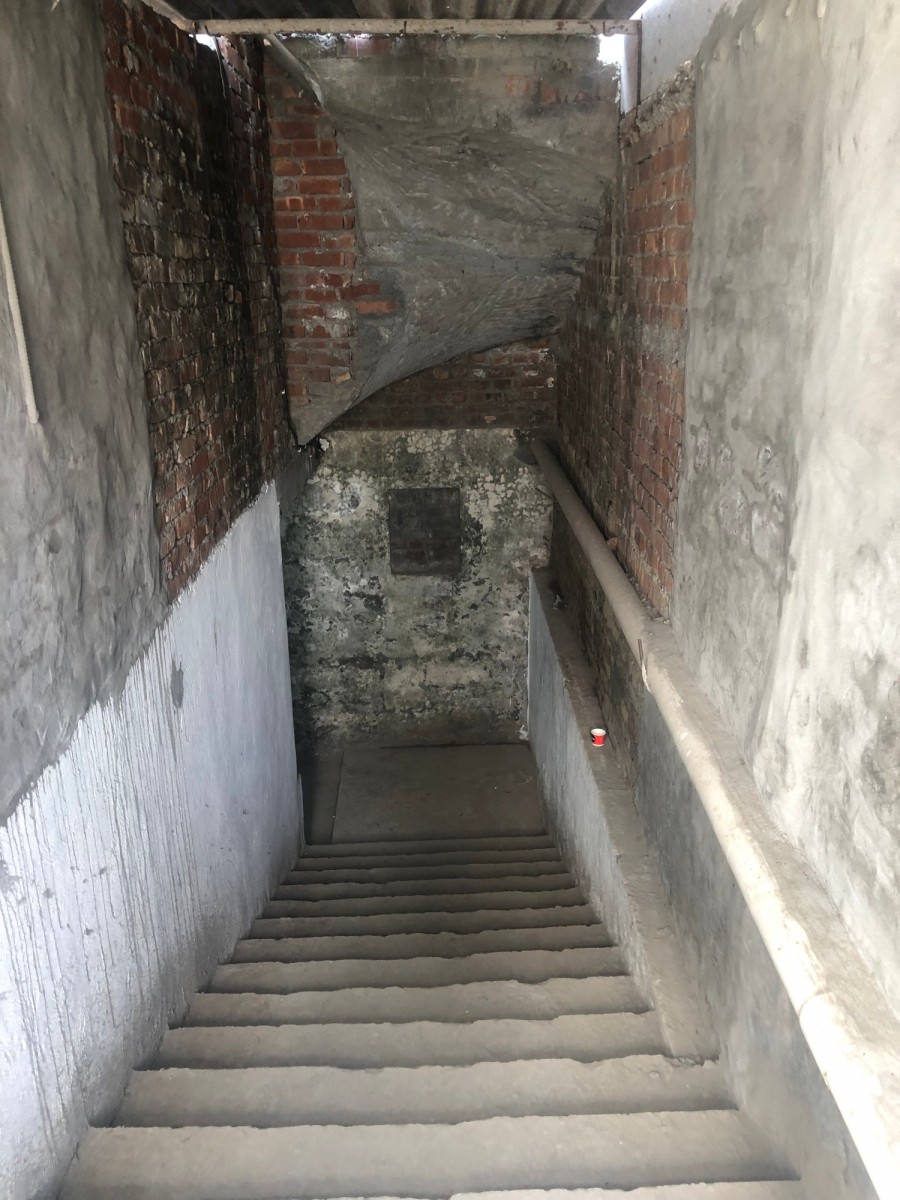 The book led him to the 1857 Kallianwala Martyrs’ Well, beneath the old Gurdwara Singh Sabha in Ajnala, Amritsar near the river Ravi and about 40 km away from the India-Pakistan border.

The skeletal remains of 282 soldiers were dug up on February 28, 2014 in Ajnala, based on Kochhar’s research.

From joining the dots and finding the location of the massacre to finally exhuming the skeletons of the forgotten, brutalised young soldiers, it is a tale ridden with instances of unexplained twists.

Frederick Cooper, the author of the book Kochhar found, was the deputy commissioner of Amritsar during the 1857 uprising. At the time, over 600 soldiers crossed over from the Mia Mir Cantonment, now in Lahore, Pakistan.

These soldiers offered unrelenting, steadfast revolt to the East India Company and had swum across the Ravi to Ajnala in the course of the 1857 uprising – an act which earned them death and an unceremonious burial at the hands of the British.

Among them were 282 young soldiers of the 26th Native Bengal Infantry who were either shot dead and/or dumped alive into a well by East India Company officials. To ensure that no foul smell emanates from the well, they covered the bodies with coal and lime.

From March 2003 to February 28, 2014, when this well was finally dug up from underneath the old building of the Gurdwara Singh Sabha, Kochhar kept up his research. He had earlier approached Punjab government officials and locals in order to trace the well.

During the excavation, other than the 282 skeletons, the team also found gold earrings, necklaces, rings, uniform stars, stone bullets and coins of the East India Company, all largely intact. The skeletons at the base of the well, however, were completely crushed.

A month after the excavation, the government asked Panjab University, Chandigarh anthropologist J.S. Sehrawat to investigate the matter.

Recently, a study published in the journal Frontiers in Genetics identified the remains as belonging to soldiers of the 26th Native Bengal Infantry regiment of the British Indian Army.

As per an Indian Express report, the latest DNA-based evidence has confirmed that the human remains found in the Ajnala well were of the young Indian soldiers who were brutally killed after they revolted against the British during 1857 Indian uprising.

Sehrawat told the newspaper, “Looking at the condition of the skeletal remains, we can now establish that the bodies were thrown from a certain height into the well instead of burying them into graves.”

The Wire visited the Kallianwala Martyrs’ Well in Ajnala. There is now a double-storey terrace there, protecting the historical well and a new gurdwara building on the same premises.

The story of how the soldiers were killed on the intervening night of June 30 and August 1, 1857 was made clearer by the excavation details shared by Kochhar, gurdwara secretary Kabal Singh Shahpur and gurdwara granthi Jajwinder Singh. 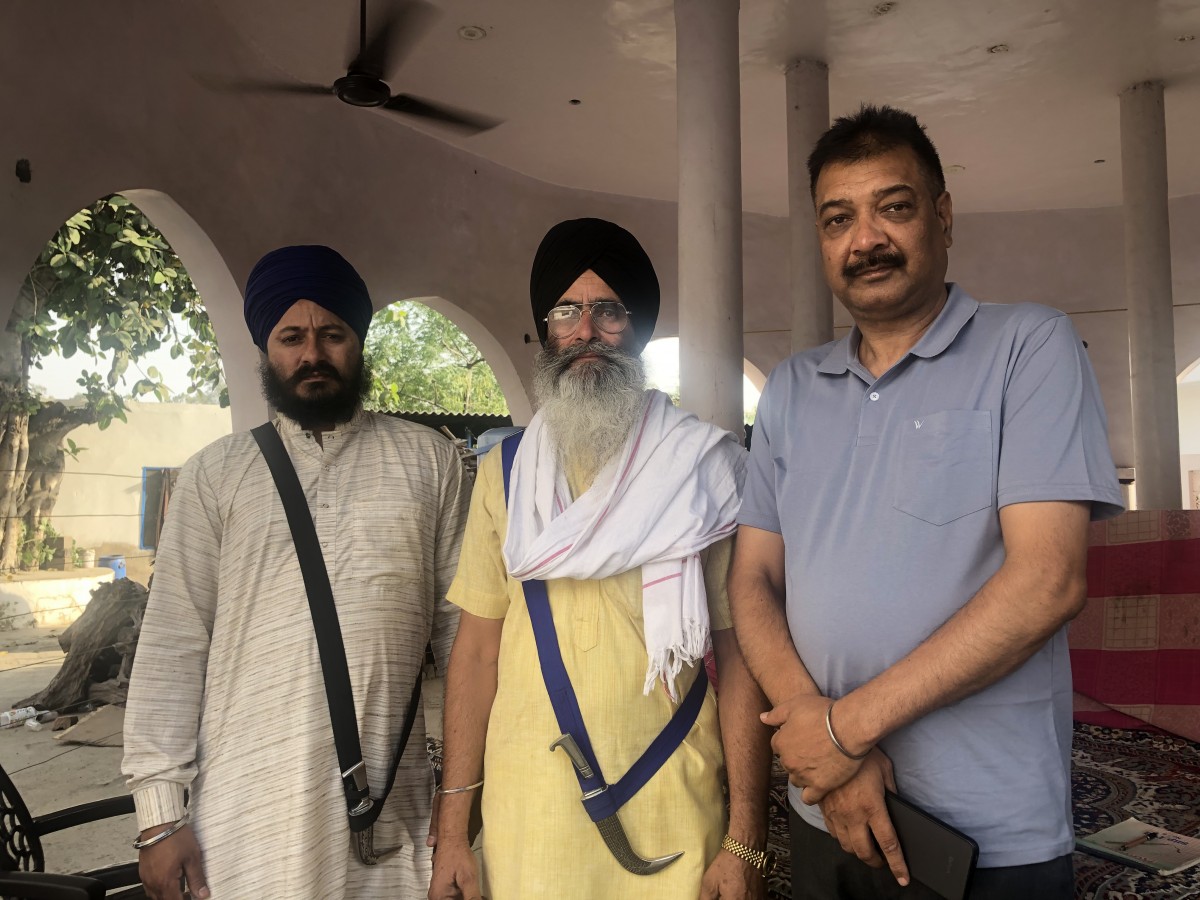 Kochhar told The Wire, “It was a huge risk to demolish the old gurdwara. Thankfully, the gurdwara management agreed and assisted in the excavation.”

The three-day-long excavation started on February 28, 2014 and concluded on March 2, 2014, giving birth to different theories about the skeletons recovered.

But Kochhar alleged that neither was the research conducted scientifically, nor did the government come forward to support the findings. “In the absence of any initial support, we kept the skeletons, skulls, bones, teeth and other recoveries like rings, coins and uniform stars in wooden bed boxes. People brought toothbrushes to clean the mud laden bones. Even the double-storey terrace of the well was constructed by the gurdwara management and the locals. The government never bothered to construct a memorial in their memory.”

Kochhar, who wrote the book Ajnala Narshanhar 1857 in 2015, said that he kept pleading with the university authorities to conduct the excavation and take care of the remains, but they gave a lukewarm response. “I even approached the Army authorities but barring their presence during the excavation, they did not respond. Even the recent report of DNA findings is nothing but what we have been saying from day one – that the skeletons were that of the soldiers of the 1857 mutiny. No efforts were made to trace their families,” he said. 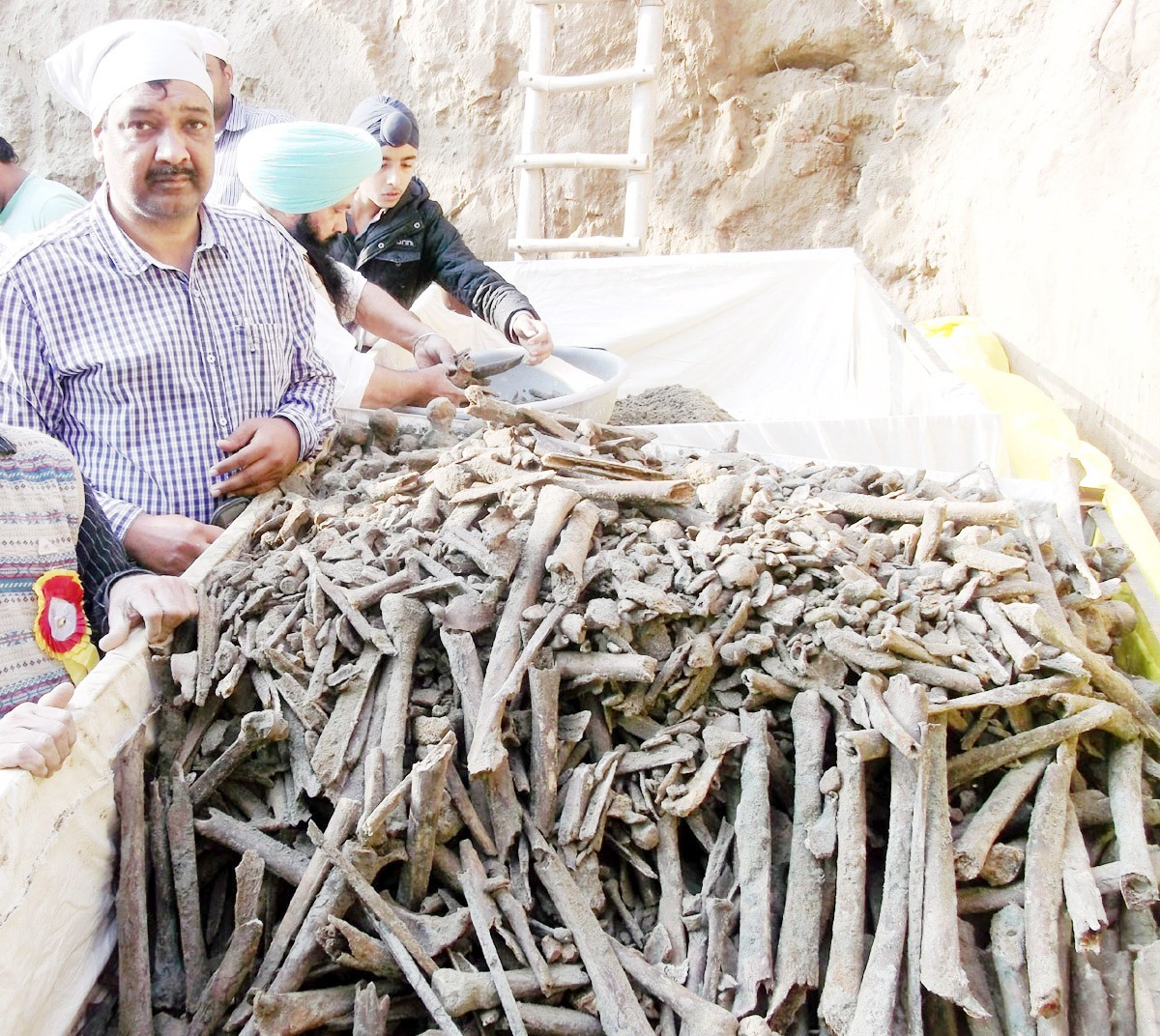 Surinder Kochhar with the skeletal remains of the soldiers when excavation was going on at Ajnala, Amritsar. Photo: Files

The historian also said that the UK government must be having all records pertaining to the soldiers and they should make their names public. “The UK government should also apologise for the brutal killings of the 282 soldiers.”

“Tears welled up in people’s eyes when the first skeleton was dug up. It had an outstretched arm towards the boundary of the well, as if it were pleading with someone to save him. There was hardly anyone who didn’t cry that day. That memory still gives us goosebumps,” he said.

Gurdwara secretary Kabal Singh Shahpur also shared some peculiar details. When the digging started, they were afraid of the smell that would emerge. “Rather, there was a strange smell of sandalwood which was coming from the well. Despite initial protests by some people over the demolition of the gurdwara, we took it as a divine responsibility to complete this task. When the excavation started, some skeletons were in sitting position, like the way we sit on our haunches.”

Kochhar said that Cooper had mentioned some specific landmarks, like the old police station facing the tehsil office and a well in Ajnala, which helped him trace the site. “They gunned down over 150 soldiers in river Ravi and dumped 282 in the well. Some other soldiers were put in a room in the tehsil facing the police station and they died of asphyxiation,” he added.

Cooper’s book makes a clear mention of the soldiers’ killings on page 98, in the chapter ‘Execution of Mutineers’. It read, “As fortune would have it, again favoring audacity, a deep dry well was discovered within one hundred yards of the Police Station, and its presence furnished a convenient solution as to the one remaining difficulty which was of sanitory consideration- the disposal of the corpses of the dishonoured soldiers.”

Later Kochhar took skeletons in three trucks to Haridwar to immerse them in the water. Some of the skeletons were also immersed in river Ravi, as over 150 soldiers had drowned in it while attempting to cross over to Amritsar.

While the excavations were being done, a delegation of the Desh Bhagat Yadgaar Committee, a body associated with the Ghadar Movement from Jalandhar, had also visited the martyrs’ well in Ajnala. 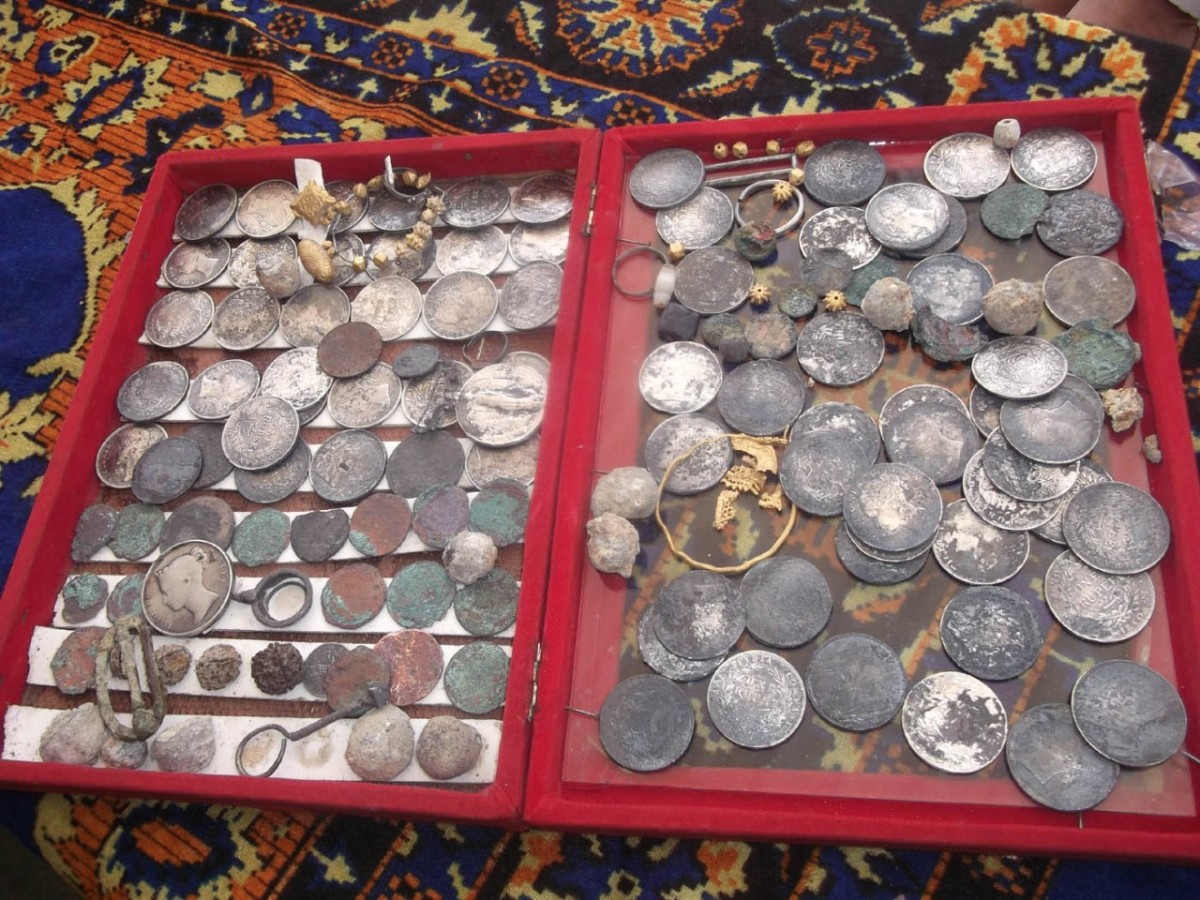 Amolak Singh, cultural convener of the committee, said, “Though the massacre of 1857 remained buried, oral history remained alive among the locals in early 1924-25 about how soldiers were killed and then dumped in a well. But there was no clear idea about the exact site.”

Amolak said that other than Cooper’s book, Punjabi writer Giani Hira Singh Dard, who was the editor of the Punjabi periodical Phulwari, had also published articles about the brutal killings of soldiers in his magazine. He also traced some old articles from Kirti newspaper, which was published during the 1920s.

“Hira Singh conducted a detailed investigation on his own about this case and erected a small cemented structure as a memorial at the site, where he felt that there could be a well underneath. But then the Indo-Pak partition took place and everything was lost,” he said.

Lamenting the government’s alleged ignorance, he said, “It is highly unfortunate that neither the government nor the universities took this excavation seriously. The non-serious attitude of the people concerned affected the fate of this excavation. It is history in continuity, which came to limelight after 157 years but nobody bothered to make a memorial at the site.”

Amolak said that governments have always been the torchbearers of imperialism. “How can we expect them to do research against it? The fact is that there were many Muslim soldiers who were killed during 1857 mutiny. This goes against the idea of the present-day government. The excavation and its findings are a source of inspiration for all of us but the government would rather present a picture that Muslims, Dalits and Adivasis had no role in the freedom struggle,” he added.

Former Army Commander of the Northern and Central Command, Lieutenant General H.S. Panag (retired) said, “The excavation at Ajnala is a major discovery. Honest and in-depth research should be conducted to find out more about the soldiers who were dumped in the well at Ajnala and the 1857 uprising. There are vague accounts of the 1857 mutiny. It should be traced to ascertain what exactly happened, where and when, else we will be riding the horses of emotions. As it is a historical episode, an economical and viable memorial should be constructed at the site.”

Military historian Mandeep Singh Bajwa told The Wire, “The fact that no one in India made any effort to recover human remains of the massacred sepoys of the 26th Native Bengal Infantry runs true to our well-known national callousness towards human life. The excavation at Ajnala is living history. It is extremely sad that nobody from the government came forward to even pay tributes to these soldiers, leave alone building a memorial or museum in their memory.”

Bajwa pointed out that on October 20, 1962, the opening day of the Sino-Indian War, more than 1,000 Indian jawans were killed in the Namka Chu Valley in Arunachal Pradesh or while trekking from the battlefield to safety in Bhutan. “No effort was made to recover the bodies of those who fell or even try and discover what happened to them. Similar was the case with troops withdrawing from the battlefields of Sela, Dirang Dzong, Bomdila or Walong. They were simply declared missing, believed killed and written off. Even in Ajnala, the soldiers remained buried for 157 years. The Army authorities should have taken note of this excavation,” he said.

Some 25 years after the war, when the Indian Army restarted patrolling in the Namka Chu Valley, hundreds of skeletal remains were found. “The patrolling troops cremated the remains of the soldiers and brought back their dog tags for identification. A very rudimentary memorial was set up in the memory of the defenders of the Namka Chu who stood and died where they were and did not run away,” he added.