Rethinking How We Talk About the History of Bengal's Muslims

'The Bengal Diaspora: Rethinking Muslim Migration' fills what is missing in existing Partition Studies and speaks to our times. 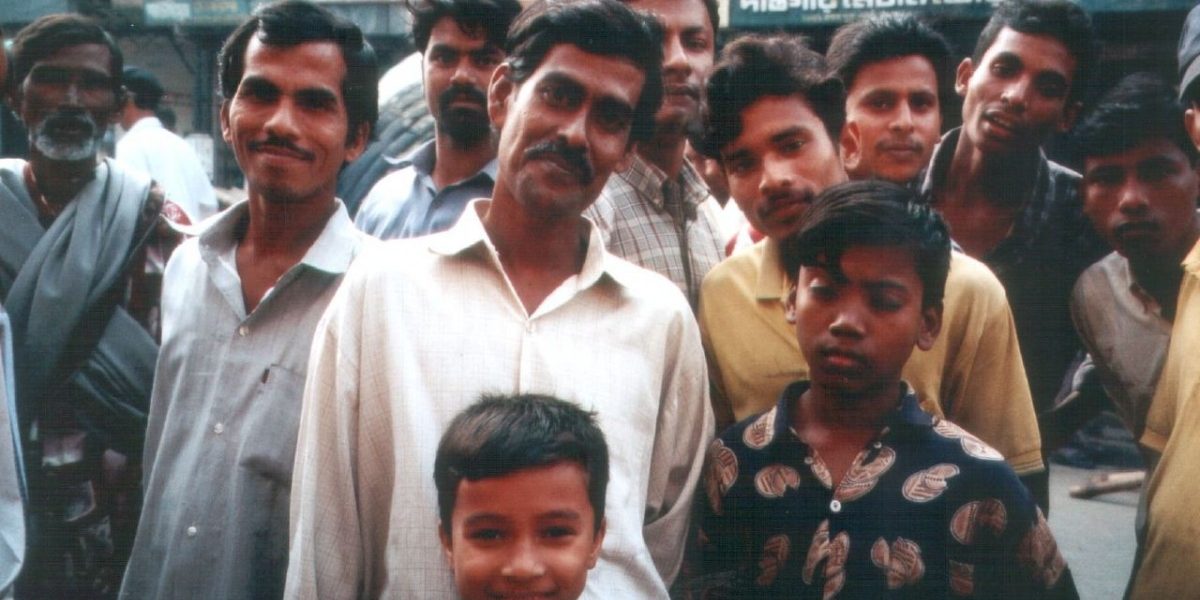 The migration of Muslims to East Bengal after Partition has largely been ignored. Representative image of contemporary Bangladesh: Ahron de Leeuw/Flickr CC BY 2.0 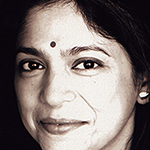 “Our focus on Muslim migration is deliberate. It addresses a glaring lacuna in Partition Studies, of course. But it also challenges essentialised accounts of ‘Muslim identity’ in a global climate of Islamophobia” – so declare the authors Joya Chatterjee, Claire Alexander and Annu Jalais in the introduction to their book, The Bengal Diaspora.

It’s rare to find an academic book that not only stretches disciplinary boundaries (here, history has been brought into conversation with sociology and anthropology), but more remarkably, aligns disciplinary agendas with contemporary issues of great import. The Bengal Diaspora is that rare work.

Consequently, it has the ability to speak to people beyond the rarefied world of academia. And it definitely speaks to the West Bengal of today, which has seen a marked increase in Islamophobia even as, ironically, its chief minister has sought to woo Muslim voters. There is a deep fear of “demographic imbalance”, of Muslim “infiltrators” from Bangladesh – a fear that the the BJP tapped into during its election campaign earlier in 2019, and triumphantly promised to bring in the National Register of Citizens to West Bengal (should it win).

Islamophobia, however, is not new to Bengal – after all, it is one of the reasons why Bengal was partitioned in 1947 in the first place. As Chatterjee memorably put it in her pioneering work, Bengal Divided: Hindu Communalism and Partition 1932-1947:

Bengalis were not passive bystanders in the politics of their province; nor were they victims of circumstances entirely out of their control, forced reluctantly to accept the division of their ‘motherland’. On the contrary, a large number of Hindus of Bengal, backed up by the provincial branches of the Congress and the Hindu Mahasabha, campaigned intensively in 1947 for the partition of Bengal and for the creation of a separate Hindu province that would remain inside an Indian union.

Muslims have unfortunately remained the “other” in postcolonial India: in West Bengal, we find proof of that not only in realities like the Muslim ghettoes of Kolkata (Rajabajar, Park Circus) or the Muslim-majority districts like Murshidabad (erstwhile capital of Mughal Bengal) where Muslim refugees fleed at various times after 1947 to be close to their co-religionists, but also in the under-representation of Muslim experiences in history and literature. 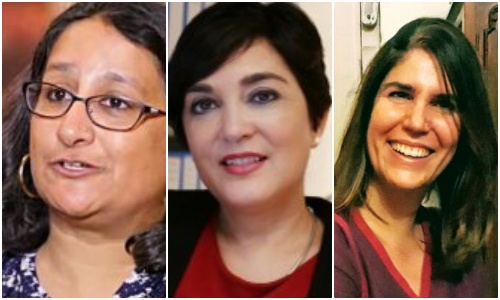 Let’s take history first: when it comes to dealing with the Partition of India in the East, that is on the Bengal border, studies have usually focused on one kind of migration – that of Bengali Hindu refugees (from the upper and middle classes) migrating from East to West Bengal. But those of Muslims the other way round have been largely ignored. Mahbubar Rahman and Willem van Schendel had alerted scholars about this lacuna more than a decade ago, but it went unheeded – until The Bengal Diaspora.

Opening up a new discursive space

Chatterjee, Alexander and Jalais have rectified the imbalance in historical research on the Bengal Partition, thereby filling in a lacuna in Partition studies. But they have also opened up a new space in migration and diaspora studies. Their work demonstrates the truth of two major claims made by Aristide Zolberg: that “nation-making is a refugee generating process”, and that refugees from the Global South predominantly remain in the Global South. Not only that, they mostly migrate to neighbouring countries, staying as close to home as possible. As the authors’ memorably put it: “The South is not just a ‘source’ of migration, but its preeminent destination.”

But they also take Zolberg’s claims two steps further. They study intra-border migration and immobility. They map out (in Chapter 1) a broad survey of the widespread mobility in eastern India since the mid-19th century, underlining the fact that the population of this region was “ profoundly intermingled” by the time of Partition in 1947.

It is useful for us to remember this intermingling of almost two centuries in 2019. If we do, then we don’t need to tell migrants from other states of India that they need to learn Bangla if they are to live in Bengal. Because the Bhojpuri, Bihari and Oriya speakers have always taken the trouble to learn Bangla (imperfect though it may be) – like migrants in any host culture – for survival, if not for anything else.

Chatterjee, Alexander & Jalais also study ‘immobility’. They contend in their book (Chapter 2) that why some people decide to stay put – even when it goes against the grain of the situation and when all others are leaving – should be made to be a part of migration studies. In their own work, they do this, declaring they are “as concerned with inertia as…movement”.

There are two more interesting combinations in the book (apart from studying mobility and immobility): one pertains, once again, to content; the other to methodology. The book emphasises both arrival and departure – the two ends of the migration spectrum. This is to correct another bias that migration studies has had – an almost exclusive concern with arrival.

The methodology combines historical analysis with ethnography. This combination was inevitable, given the range of disciplines the authors come from; but both the methods had their limitations and they yielded different results, facts the authors are candid about.

Of contrasting histories and narratives; brides and Biharis

One of the most interesting aspects of the book is that there are several contrasting histories of the Muslim diaspora that the authors unearth in it. One relates to two settlements, another to two books.

Chapter 4 looks at two of the oldest and most significant Bengali settlements in the UK – ‘Tower Hamlets’ in East London (immortalised in Caroline Adams’ pioneering 1987 work, Across Seven Seas and Thirteen Rivers, and Monica Ali’s feted 2003 novel, Brick Lane) and ‘Oldham’ in greater Manchester (where Bengalis mostly worked in factories and mills, and their immigrant history was tied up inseparably with “the longer history of this postindustrial town”).

While Tower Hamlets and Oldham share a similar trajectory of community formation, they differ when it comes to community mobilisation. The Bengali community in the UK had come of age in the mid-1970s, in the face of racist attacks. A turning point was the racist murder of Altab Ali, a young garment worker, in May 1978. It gave the necessary impetus to the community for the public resistance of racism and for staking a rightful claim as immigrants who had been around for a long time.

More than a decade later, in 2001, Oldham faced massive racist attacks – which were contained, but it did not lead to any transformation in the Bengali community. The Bengali presence there, to this day, remains less robust than in Tower Hamlets.

Chapter 8 centres around two books – Yousuf Choudhury’s The Roots and Tales of Bangladeshi Settlers (1993) and Ahmed Ilias’s Biharis. The Indian Emigres in Bangladesh: An Objective Analysis (2003) – that are classic studies of ‘economic migration’ and ‘forced migration’, respectively.

By exploring the differences (one a history of enablement in Britain, the other of disempowerment in Bangladesh) and commonalities (of theme and structure) between them, the authors suggest that the writing of these histories is fundamentally an attempt by the writers to help ‘assimilate’ their respective migrant communities into their ‘host’ cultures, with the hope that it will earn them more respect and recognition in the place they have settled. That attempt definitely succeeded with the Biharis. It had a deep political impact: its publication was followed by the release of Tanvir Mokammel’s film Swapnabhumi (The Promised Land, 2007); and both contributed to mobilising a more sympathetic attitude towards a marginalised and hated minority in Bangladesh.

The most striking chapters in the book are Chapters 5 and 6, dealing with Muslim brides and Biharis in Bangladesh, respectively. They attest to the inclusiveness – and uniqueness – of the authors’ vision.

Bengali Muslim women migrants changed the very nature of migration to the UK from the mid-1970s. They accompanied or followed their husbands mostly as dependants (in the role of wives and mothers); but while their arrival led to the formation of ‘permanent’ communities, they themselves were looked upon as ‘cultural’ rather than ‘economic migrants’ – based on the assumption (since colonial times) that they were, principally, carriers and purveyors of ‘culture’.

But this migration to the UK was just one side of the picture. The authors argue that for most South Asian women, marriage itself has always meant migration, as it was a rite of passage that inevitably entailed leaving the natal home and the place where one was born and raised to the home of one’s husband in another place (which could be a neighbouring village or town or province). They also argue that brides often negotiated with patriarchal structures through marriage migration, and some even took advantage of the changing state policies of migration after Partition to rid themselves of unhappy relationships.

The case of Bihari migrants is a particularly fraught one. Bihari Muslims were twice displaced in the 20th century: in the wake of pre-Partition riots in 1946, they fled from Bihar to East Bengal; and after the Bangladesh Liberation War (in which they were implicated in the atrocities of the Pakistani army), they tried to flee to Pakistan (in the west) but most got stuck in the newly created Bengali nation.

About 3,00,000 remain stranded in camps in Bangladesh (mostly in Dhaka) and live in limbo – considered neither ‘citizens’ (by the state, till 2008) nor ‘refugees’ (by the UNHCR). It is only during Muharram that they can wrest some space for themselves in a hostile environment. Muharram rituals – like building a tazia, running as paiks (with all their attendant customs) ­– uniquely allow them that, argue the authors.

The Bengal Diaspora is an important intervention in Partition, migration and diaspora studies. But running through it is a thread of compassion for its 227 respondents – from Koikhali to Tower Hamlets, and from brides to Biharis – that makes it much more than a brilliant academic book.

Rituparna Roy is initator of the Kolkata Partition Museum Project.