The ‘Hindu’ in Hindustan, and the Troubles of History Repeating Itself

Despite economic troubles, a questionable education system and a booming healthcare sector catering fabulously to its minuscule elite, it is religion that is on the tip of every politician’s tongue. 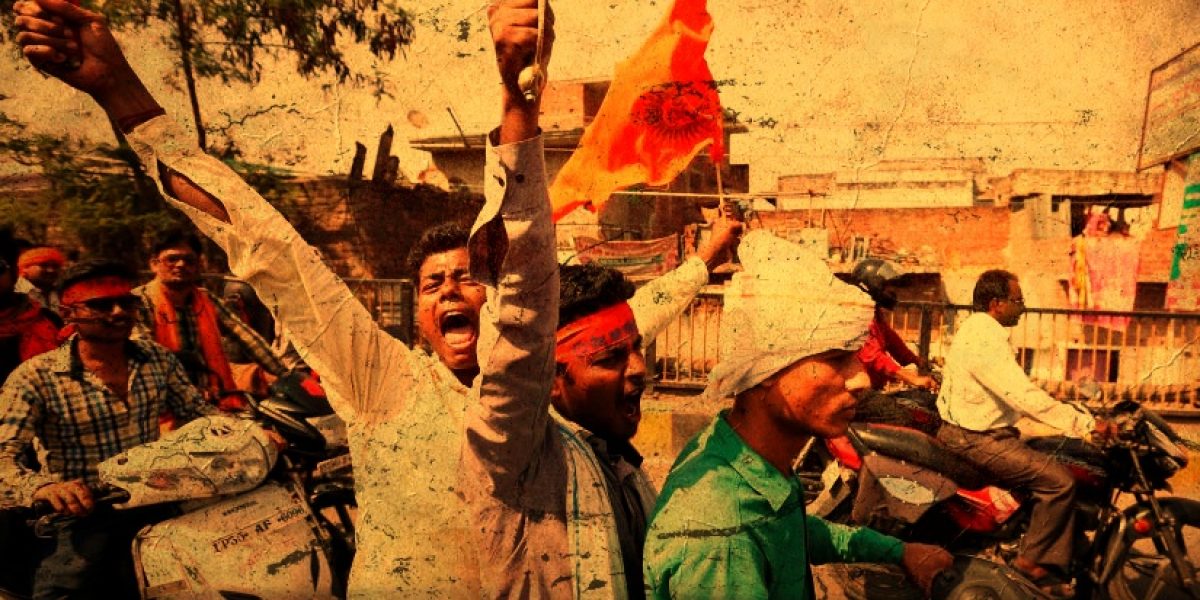 Hateful slurs feed a divisive rhetoric; whispers turn to rumours which, unchecked, bring what might previously have been a disposition to be partial to fruition as outright bigotry, lynching and murder. Credit: Reuters 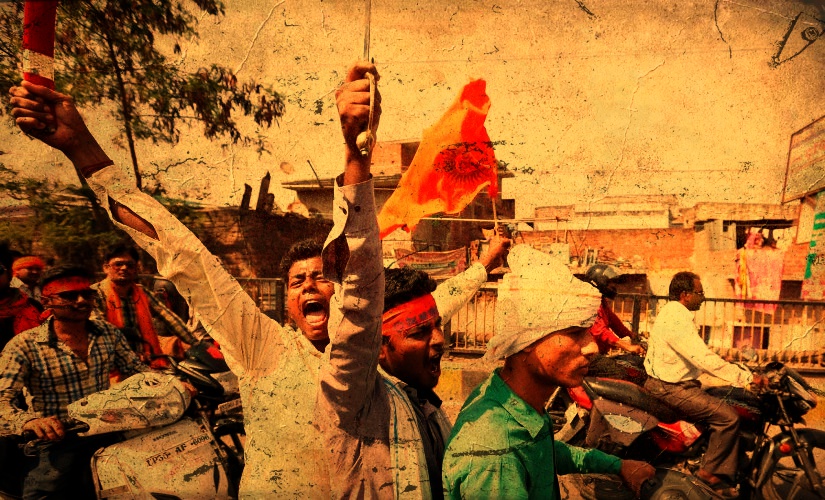 Hateful slurs feed a divisive rhetoric; whispers turn to rumours which, unchecked, bring what might previously have been a disposition to be partial to fruition as outright bigotry, lynching and murder. Credit: Reuters

The Wire’s #PartitionAt70 series brings a number of stories, through text and multimedia content, that will attempt to draw a comprehensive picture of those weeks and months when entire geographies and histories changed forever.

India and Pakistan were born of the idea that religion mattered above all. Religion, and the history of its obsequious pursuit or its disregard for others of its kind, trumped cultural affinity, language, ancestry and social networks (of the old kind). The illusion of one India, united by the British state and crown, seemed to lend itself most favourably to the belief that an exchange of populations was but a mere formality towards a logical solution to the minority question in the subcontinent. Religion was esteemed so important, that any consideration of the other complications that arise from migration, particularly when forced, were dusted under the carpet.

Somehow, the India-Pakistan divide still exists bearing religion as its trademark, as if, by virtue of the accidents of history, it was and is the main divisor on either side of the border. Politically, of course, this has been its legacy. Yet, historically, this is a fallacy that has been bought into by millions, even more than a billion perhaps given the sizeable populations of both countries, and it has given credence to the idea that India, despite all odds, numbers and legislation, is a Hindu country – if not in name, then in practice.

No one has uttered such a phrase (though many have suggested that it should be so), but it is precisely what is not being said that matters. Under the leadership of Prime Minister Narendra Modi, the fashion of not saying precisely when something needs to be said has created an atmosphere in which latent prejudices have been allowed to boil over and being part of a minority has become a reason to fear, rather than a celebration of diversity. That is not to condone the unfriendly trends that began even prior to Modi’s election, but a dialogue with the past, as always, must begin with an understanding of the present.

Seventy years of a post-colonial state is no small feat. It is an age which, statistics claim, the average Indian is not expected to reach. Yet, in its wizened years, India seems to be travelling along that well-trodden path towards short-sightedness and the exaggeration of those aspects of itself that embalm it in a heroic (if self-gratifying) glow. India has triumphed in the democratic experiment: fact. The checks and balances that hold it at a safe distance from absolutist tendencies have, thus far, held their ground. And somehow, despite the immensely different walks of life, diverging worldviews, languages, genders and education of its people, when the polls open, they are indiscriminate and left largely untampered. Such is the religion of a modern, secular, republican India. At least, that is the narrative. And there is truth in this perspective enough for every Indian to stand behind it and defend Indian democracy despite (or in spite of) all odds. There is, however, one political approach that is completely amiss: namely, nuance.

It is a well-known political tactic to divert focus towards either a victory (for example, democracy) or a spectre (like demonetisation in the name of tackling corruption), to provide a smokescreen behind which the real centres of concern are targeted, away from the public eye and the lively debate of an active civil society. It is these issues that are the definers of the times and it is these that hold the most sway over given liberties that can, despite appearances, still be eroded. If the consequences of these underground policies begin to show, it is the sign of an ailing society. Hateful slurs feed a divisive rhetoric; whispers turn to rumours which, unchecked, bring what might previously have been a disposition to be partial to fruition as outright bigotry, lynching and murder. Were there room for euphemisms and and polite language, there would perhaps equally be more room for hope and expectation. But these truths are as much a part of the country that India is today as are its achievements. Though claims of scaremongering may be plentifully aimed at these words, it would do India a better service to be vigilant in the present than to be dismissive and relegate a growing crisis to its future.

Once again, then, religion seems to be at the forefront of India’s preoccupations. Despite economic troubles, a questionable education system and a booming healthcare sector catering fabulously to its minuscule elite, it is religion that is on the tip of every politician’s tongue, unuttered and untended. Pakistan has come to represent an easy scapegoat, a constant justification for a defensive stance and, worst of all, a place to banish those who are considered unable to conform to the ‘idea of an Indian’ that has gained great currency in the last four years. A political environment in which consequences befall those whose only ‘crime’ is being who they are and in which hate crimes are condoned by not being condemned, India today is a reflection of its own communalist past, perhaps more vociferously than ever before.

History repeats itself. That is the common belief. But what is the purpose of studying history if the past becomes a caricature of the present? Surely 70 years of distance from a trauma felt equally on both sides of the border ought to allow for a more profound understanding of the complexities of relating the form that independence took to the younger generations. The ‘them against us’ rhetoric continues to feed the imaginations of a youth who have no tangible connection to the aspects of India’s past that form the very fabric of their grandparents’ identities. Instead of breeding inquisitiveness, it invites prejudice. Seventy years should mark the (much belated) anniversary of a new approach to Pakistan as neighbour and next of kin, not a continuum of the farcical political and military disputatious partner it has become.

It is always harder to laud than to critique, and this article reads nothing short of a lambast of the many aspects of Indian society that people have pointed to before, some of which, despite many failures, they have rightfully argued are still to be applauded. These words are intended as a query, to turn the full stops that arrest a train of thought into question marks. Religion and India form an old and complex dialectic. Yet, after 70 years and in the current geopolitical context of an increasingly fragile and bordered world, India’s history ought to serve as a foundation of wisdom. For what purpose does it serve to have lived through such a history if, in a sea of trite statements and fear of diversity, India’s own politics come as a reiteration of its support for dangerously vapid policies that lend themselves to intolerance?

Paroma Ghose is  a PhD candidate in history at the Graduate Institute, Geneva.