The Role of Partition in Making Delhi What It Is Today

The breakneck speed at which Delhi is growing was triggered by the arrival of refugees from Punjab, Sindh and the North-West Frontier Province. 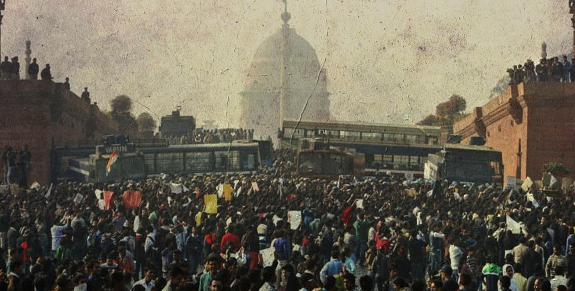 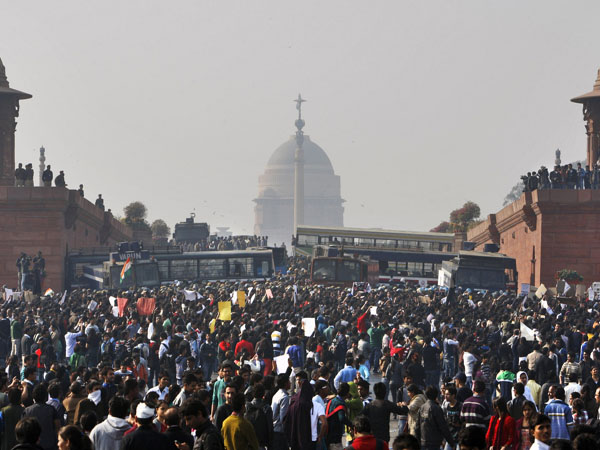 The breakneck speed at which Delhi is growing currently was triggered by the arrival of refugees. Credit: PTI

Delhi was a very different city in 1947. The city of Shahjahanabad, also known as Dehli or Dilli, was enclosed within a high wall. To the north was Civil Lines and the Mall Road, extending to the Kingsway camp, where the 1911 Darbar was held to commemorate the coronation of King George V and Queen Mary as Emperor and Empress of India. To the south and detached from the city of Shahjahan was new Delhi; to the west and just outside the city wall was Paharganj, Qarol Bagh and Sadar Bazar and to the east was the Jamuna river across which was the old settlement of Shahdara. The rest was degraded forests, rocks jutting out of the ground, ancient villages interspersed with agricultural land and the ruins of old cities, Tughlaqabad, Purana Quila, Bijay Mandal and Siri.

Delhi had seen riots on an unprecedented scale and according to Gyanendra Pandey’s accounts of violence in the city, between 20-25 thousand Muslims were killed. More than 330,000 Muslims had left Delhi for Pakistan and the population of the city had declined by almost 350,000 by the time the riots ended. The total population of the city would have gone down to about 570,000 before it began to grow rapidly; so rapidly that by 1951, within four years of Partition, it had risen to 1,744,072, a little more than a million in four years, or a quarter of a million every year. Meanwhile, the population of Muslims in the city declined from 33.22% in 1941 to 5.33% in 1951.

This is the scale of change that the city saw in the wake of freedom. The breakneck speed at which the city is growing currently was triggered by the arrival of refugees in tens of thousands from Punjab, Sindh and the North-West Frontier Province (NWFP).

Initially, the refugees headed for Delhi but there was little space and a lot of resistance as they were outsiders. The Hindu population did not want homeless people moving into their neighbourhood and the Muslims who had chosen to stay back were fearful of the refugees – most of the new arrivals had suffered and had lost members of their families to the killings in Punjab, many were looking for revenge and the Muslims in the city who had seen much killing were afraid. So a joint delegation of senior citizens of the city went to meet Mahatma Gandhi, who asked Jawaharlal Nehru to talk to the home minister and ensure that people are not settled in the old city without the consent of the local residents. So the new arrivals began to be moved out to newer areas. In any case, the old city, despite having lost almost one-third of its earlier residents, could not have accommodated this massive influx of close to a million and it is then that Delhi began to grow in every direction.

People occupied all available spaces; tented accommodations came up in old forts, in deserted mosques, in ruined medieval structures, open fields and under the abysmal shade provided by the arches of the wall that ran around Shahjahanabad. Very soon, Mehr Chand Khanna was appointed the minister for rehabilitation and all kind of schemes were hastily put together to find accommodation, start schools, find jobs, process claims of compensation and to find missing people, out of which many were young girls and women.

Agricultural lands began to be acquired and hectic construction began – initially to throw together makeshift arrangements and then to build more permanent structures. Those with property papers  had an advantage; those that had no documents ran from pillar to post, begging for a roof over their heads. Cramped accommodations came up at newly created residential areas thrown up virtually overnight in Lajpat Nagar, Amar Colony, B.K. Dutt Colony. Rajendra Nagar, Malviya Nagar, Ramesh Nagar, Tilak Nagar and Hari Nagar Ashram.

The bulk of the Sindhis, poor peasants and petty traders had just walked across from Karachi, Thatta, Tharparkar, Umarkot and Sukkur into Rajasthan and Gujarat and settled there. Many were later moved into Maharashtra and Madhya Pradesh. Many, especially the poor, had no papers and had to fend for themselves for decades, eking out a living in thatched shelters thrown up in inhospitable patches on the ridge near Bhuli Bhatiyari and other such locations. 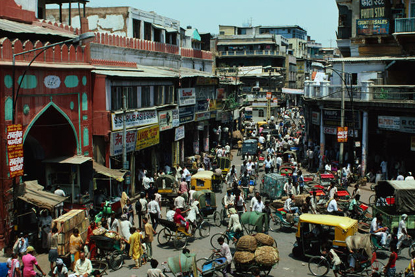 Today’s Delhi is a result of the influx of migrants of all religions. Credit: PTI

Hindus and Sikhs arrived from the NWFP, from Dera Ghazi Khan, Dera Ismail Khan, Peshawar, Kohat, Chinyot and elsewhere. The Peshawari salwar kameez and the uniquely Afghan male headgear with its golden peak was not an uncommon site in the streets of Delhi till the mid-1960s. They found shelter in far flung areas and built thatched huts in localities like Nabi Kareem. They moved into refugee camps at Kingsway, Hudson Line, Outram Lines and Reeds Lines, the last being the site of the Khalsa College in Delhi University today. Some were later shifted to Haqeeqat Nagar. They started building houses on the lands allotted to refugees and on the ones acquired from land sharks. In the late 1970s and early 1980s, a few moved to Mukherjee Nagar, while others were allotted houses in Rajinder Nagar and Inderpuri, a settlement that came up on agricultural land acquired from villagers of Dus-Ghara. A large population of Sikhs had settled in Inderpuri. In 1984, their houses were looted and burnt. Killings too took place, allegedly at the behest of those who lived not too far away.

Patel Nagar and Rajinder Nagar came up on land acquired from the villagers of Shadipur, Khampur and the surrounding villages and became home to large populations of Hindus and Sikhs and also of people from the NWFP. Many from the frontier province later established Kohat Enclave and Derawal Nagar, while some chose to live in Jangpura and Bhogal that has had an old association with Muslim Pathans, probably because of its proximity to the shrine of Hazrat Nizamuddin. Many settled down in Lajpat Nagar, Amar Colony, Malviya Nagar, Bhogal, Jungpura, Tilak Nagar, Ramesh Nagar and Bali Nagar. Rajouri Garden gradually turned into the quintessential Punjabi locality with their own subset of dialects, their own block-level festivities and shops specialising in region specific snacks and Punjabi street food. But these are processes that are going on, changes rapidly being overrun by the new arrivals from east Uttar Pradesh and Bihar, from Ballia, Begusarai, Katihar, Darbhanga, Saharsa, Muzaffarpur, Chhapra, Ranchi and Dhanbad.

The story of the rise of the Punjabi diaspora from the mid 1950s and its gradual eclipse beginning with the dawn of the 21st century is the next big story in the life of the perpetual city. Meanwhile, the process of amalgamation of cultures, lifestyles, food, music and attire that has defined Delhi for a thousand years continues unabated.