After Partition, My Father Couldn't Find His Wife, But He Did Find Hope

My father was able to reaffirm the one faith he had: that as often as not, human relations override political, national and even religious dividing lines.

A painting of Faiz Bazaar in Delhi made by a Rajasthani artist, circa 1840. Courtesy: Private collection of Francesca Galloway, London 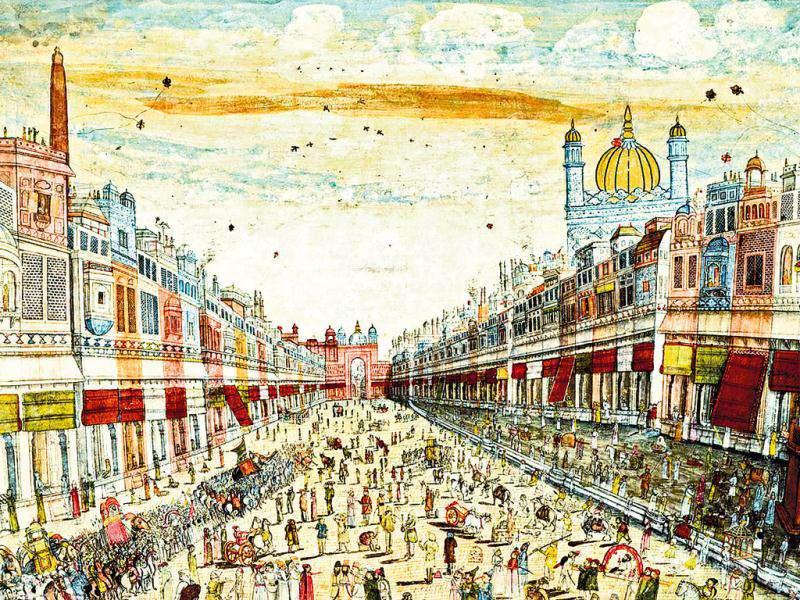 A painting of Faiz Bazaar in Delhi made by a Rajasthani artist, circa 1840. Courtesy: Private collection of Francesca Galloway, London

I was born in 1937 or 38, in a tiny village in the Gujrat district of what is now Pakistan. No one, even in Pakistan, seems to have heard of the village Allaha, though it is on my passport to this day. Our home was a nondescript one – a one-and-a-half room structure on one side of a dusty street; on the other side was a tall, white mansion-like habitat with a weather cock on top, which fascinated us kids for hours.

We moved to Delhi before the Partition – perhaps sometime around 1941. My father responded to the Quit India call and was put in a Multan prison for six months. My mother passed away perhaps in 1943 or 44, leaving behind five young children. My eldest sister, then 12 or 13, was withdrawn from school to look after her siblings. She never held it against us when grew up and found our spaces in life.

A year or so before Partition, my father married his first cousin, his paternal uncle’s daughter, back in Allaha. The marriage procession consisted of the groom and his only son, me; the bidai procession added my new mother. It couldn’t have been simpler.

On August 2 or 3, 1947, my grandmother landed at our home in Delhi and suggested that she and my mother go back to the village and escort the rest of the extended family to Delhi, and bring with them whatever savings they had. Father was aghast at the suggestion and appealed to grandma to hold on for another 12-13 days. After independence – to which he seriously thought he had a personal claim – had been celebrated, he would go there himself, instead of two women going on such a tough mission. Even at this stage, they did not suspect any great mishap in the offing. Grandma insisted and father had to give in.

The two women left Delhi for Allaha. That was the last we ever heard about them. The members of the family they had gone out to rescue, however, found their way to Delhi. Father was heartbroken. Understandably.

Then an incident brought him some hope. He was lightly educated, but was always a stickler for reason and logic for understanding and explaining any phenomenon; God had no place in his scheme. One day, he was whiling away his time on the broad street in old Delhi then called Faiz Bazaar, now Netaji Subhash Chandra Bose Road. A road show was on, where a boy lies on the floor “unconscious” and the master of the show keeps asking him about the problems facing members of the audience. Father was laughing away at the tamasha when suddenly the master asked the boy what his, father’s, problem was. To his great astonishment, the boy spelt out his wife’s name and announced that she was hiding in a building in our village, both of which he identified correctly without father even having to ask him to.

He was dumbstruck and his skepticism gave way to a faint hope – who knows, the boy might even be right. So he decided to take a chance. In around October, he travelled to Lahore and then on to the village. He was just short of six feet tall and, with a kullah (Afghani headgear), could easily pass off as Pathan. In Delhi, most of his friends in Darya Ganj, where we lived, were Muslims and he was familiar with their etiquette, besides knowing Urdu well. He faced no problem in looking up the particular building, but there was no trace of his young wife.

On his return, he wrote a short piece titled My visit to Pakistan, which was never published. But I remember some crucial parts of it. In Lahore he stayed with his Muslim friends from Faiz Bazar who had migrated to Pakistan. In the streets of Lahore, the real Pathans were shooting at street lights and in the air because there were no Hindus left to kill. His Muslim friends, who had given him shelter and support, risked their lives and properties for him. The slightest hint that they were knowingly hiding and supporting a kafir from India would give the Pathans the ‘legitimate’ right to wipe them out and plunder their house. But the truth remained with his hosts.

In the end, father couldn’t find his wife. But he was able to reaffirm the one faith he had: that as often as not, human relations override political, national and even religious dividing lines.