#PartitionAt70: Retrieving History From the Fractures of Memory

The Wire's #PartitionAt70 series brings a number of stories that will attempt at drawing a comprehensive picture of those weeks and months when entire geographies and histories changed forever. 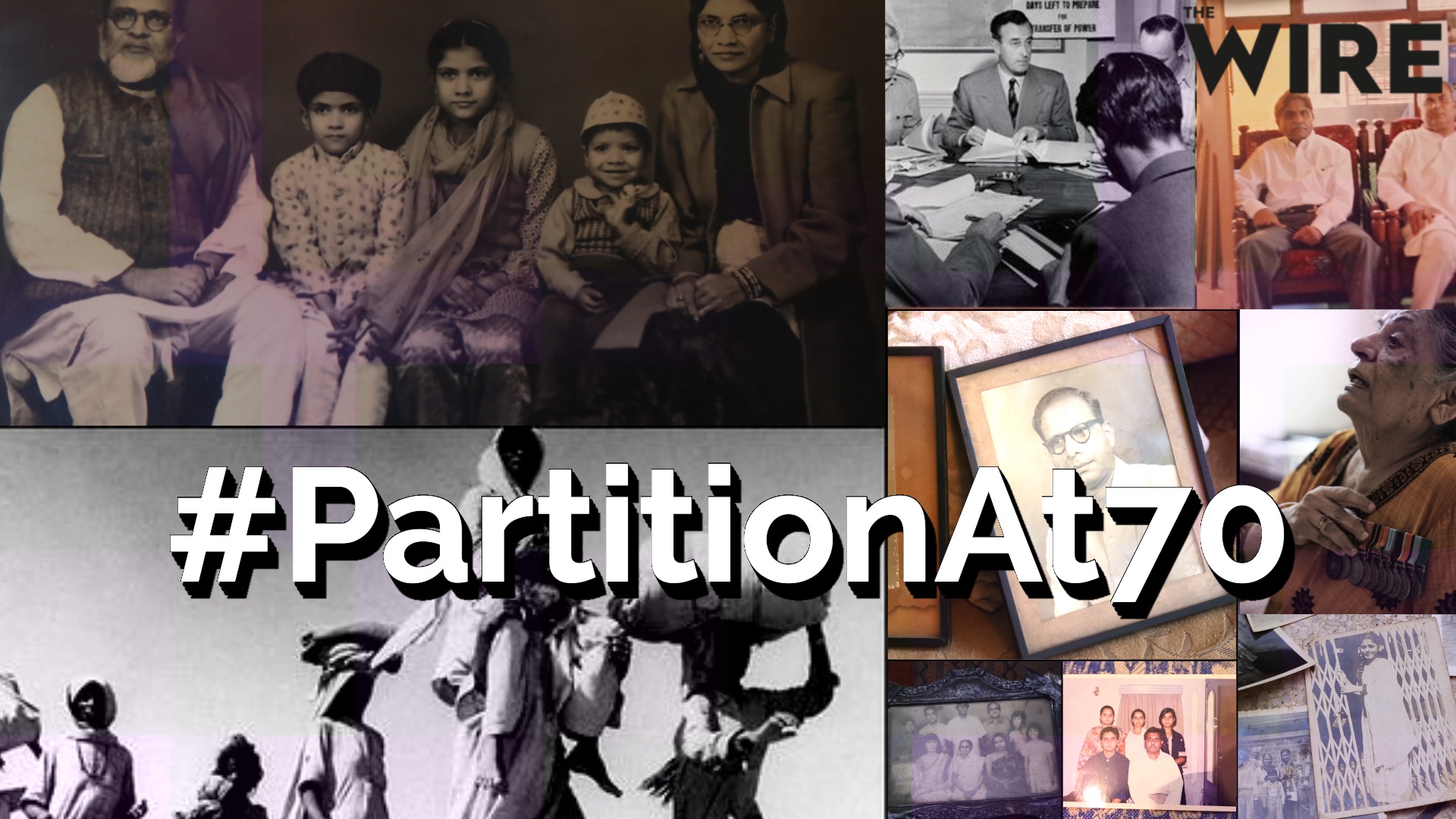 Seventy years ago, India became independent from British colonial rule. But that exhilarating moment was also accompanied by a cataclysmic event, when the sub-continent was partitioned into two separate countries.

In the upheaval that followed, millions of people crossed over to the other side, leaving behind their homes, their friends, their belongings and their memories. Many did not make it, falling prey to violent fanatics who wantonly killed, raped and looted. The two nations began life amidst this blood shedding and that brutal legacy still informs debate between the two to this day.

The generation that experienced Partition is now fading away and for younger Indians, Partition is a very distant memory. They know of it through stories, history books and popular culture, but often what reaches them is not just one-dimensional but also distorted. In the current climate, the dangers of a simplistic narrative of what was a complex series of events are all too obvious.

It is important that we as Indians get to hear a multitude of voices about that period, when, while there was hatred in the air, there were also exceptional moments of kindness and displays of humanity. When old friends became bitter enemies, but strangers stepped forward to help. When all seemed lost and then a new life began.

It is also worth remembering that Partition affected not just two or three monolithic communities. There are many significant instances of marginal groups being hit equally badly, stories that have remained in the shadows.

And of course there is much by way of literature, poetry and cinema that has recorded the saga of Partition, telling us stories that convey the myriad emotions of the time.

The Wire‘s #PartitionAt70 series brings a number of stories, through text and multimedia content, that will attempt at drawing a comprehensive picture of those weeks and months when entire geographies and histories changed forever.