A museum in the Netherlands presents the first major retrospective of creative design of the Third Reich, showing how Nazis used it as a propaganda instrument. 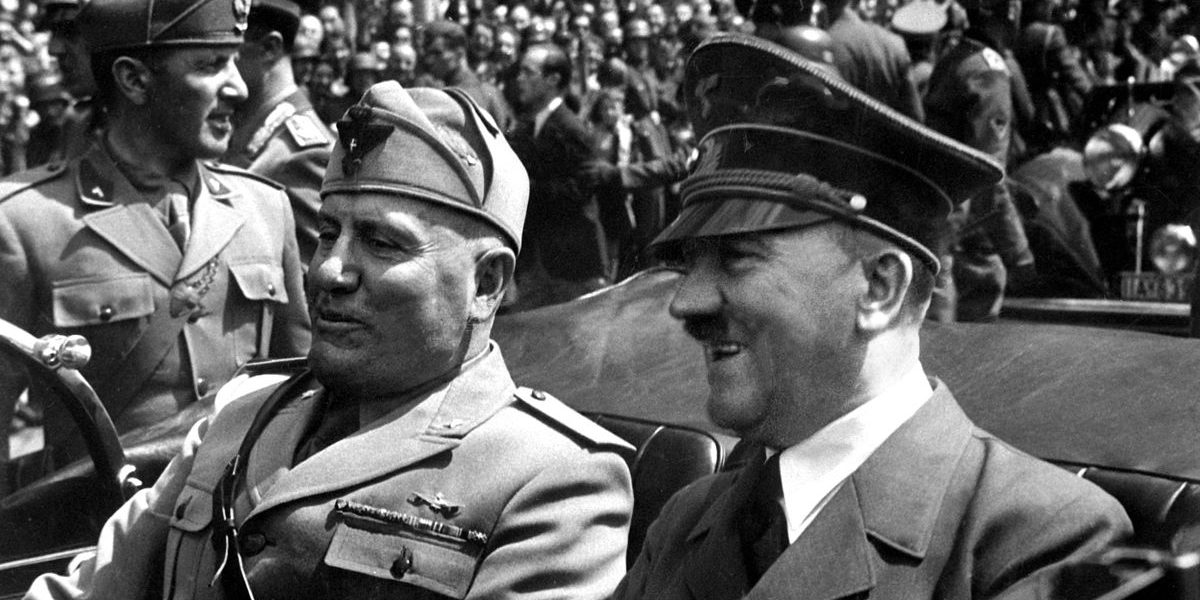 Adolf Hitler and Benito Mussolini in Munich, Germany, June 1940. This picture was found in Eva Braun's photo albums seized by the US government. Photo: Wikimedia commons

It’s no coincidence that the Design Museum in Den Bosch has chosen September 2019 to open the “Design of the Third Reich” exhibition: The city was liberated from German occupation 75 years ago.

The retrospective showcases exhibits from the Netherlands and Germany, including well-known designs such as the VW Beetle and the swastika, as well as films and photos from the era providing an impression of the impressive Nazi rallies and the 1936 Olympic Games.

Films directed by Leni Riefenstahl, who expertly transferred Nazi ideology to the screen, are also featured across the museum. “It all shows how much creative design contributed to the emergence of the perfidious Nazi ideology,” museum director Timo de Rijk told DW.

Also read: Reading the History of Nazi Germany as a Cautionary Tale for Today

The Nazis presented a seductive image of prosperity and carefree pleasure to the outside world at a time when they were already building concentration camps, the show’s organisers say.

Design is often presented as a contribution to a better world, but in this case, it was an instrument of evil forces. “That’s why you have to take the trouble to analyse how the propaganda of the time worked,” the museum’s curators argue to deflect criticism of the project. The Association of Dutch anti-fascists (AFVN) had rejected the show as “provocative” and called on the city administration to intervene.

Hanna Luden, director of the Center for Information and Documentation on Israel in The Hague, described the exhibition as a “tightrope act” but conceded that it is “fundamentally good” to explain how propaganda can manipulate people.

“Design is about every form of presence,” says Cologne-based design expert Michael Erlhoff, and that includes the staging of mass marches, clothing, gestures, language — “everything that we now associate with branding and corporate identity.”

Also read: As in Life so in His Death, Hubris and Delusion Defined Adolf Hitler

It was something the Nazis were well aware of, Erlhoff says. Design, he adds, is “massively political” because it shapes society. “Everyone can appropriate it and use it for their own goals.”

Museum director Timo de Rijk, meanwhile, isn’t after sensations: “Otherwise, I would have made a completely different exhibition,” he says, adding that he could have loaned a war-time guillotine from Germany. But he didn’t want that.