How the National Archives of India Is Actually Destroying History

History is jeopardised as priceless documents are ill-treated and defaced on a regular basis by both staff and scholars. 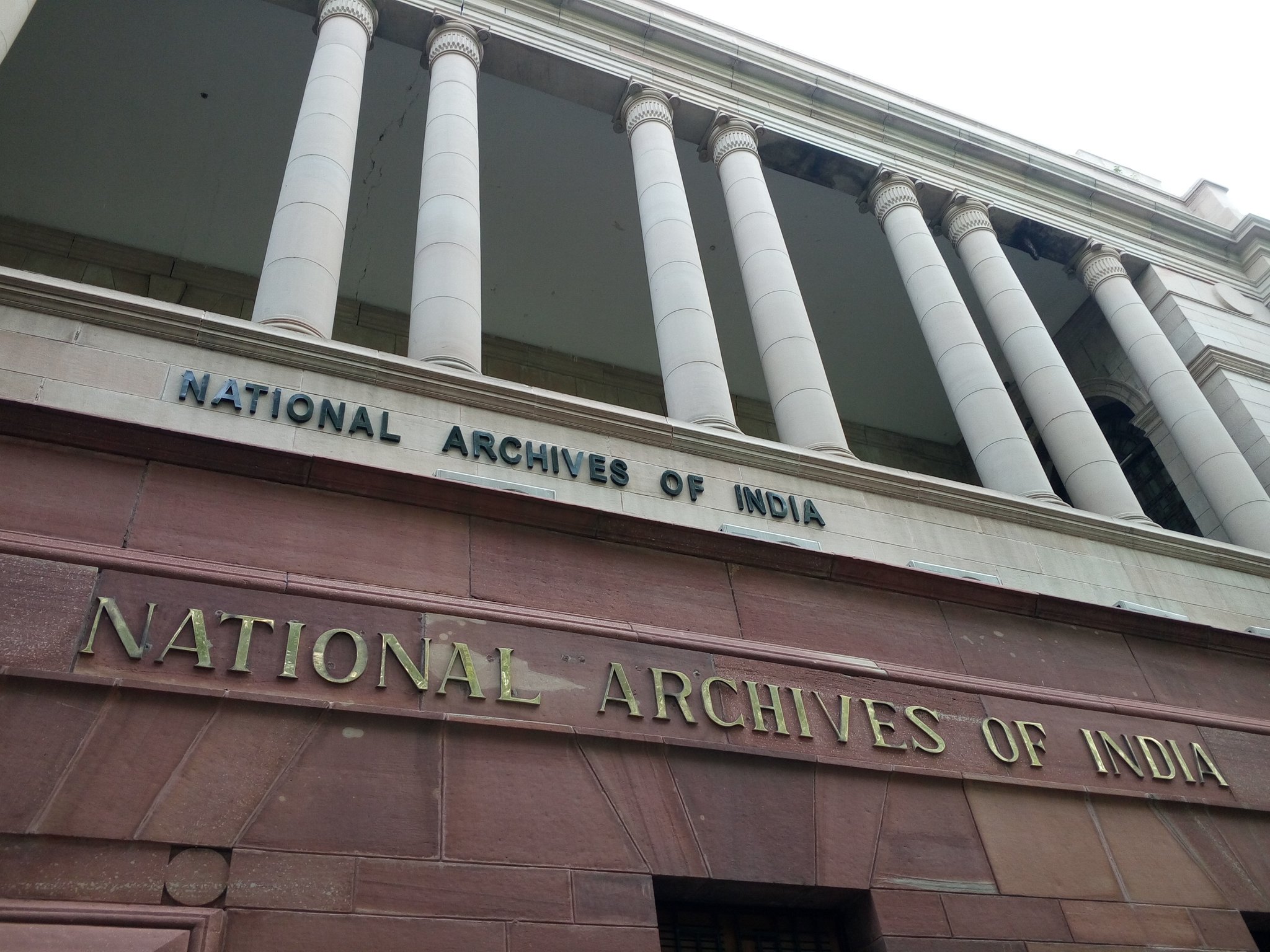 The National Archives of India in New Delhi. Credit: Twitter.

Something is rotten about the state of the National Archives of India. The heritage Lutyens building houses priceless historical documents, “stored in over 40 km of shelf space”, according to Sanjay Garg, deputy director of the archives. These include documents dating back to 1748, a rich collection of private papers, over 7,500 microfilm rolls and records from several countries. Scholars, academics, authors, journalists and students frequent the repository. Outstanding works by renowned authors and researchers have emanated from this goldmine.

One would think that the guardians of the National Archives would make it their bounden duty to protect and preserve our nation’s written history. However, the horror story begins here.

Thanks to callous mishandling by staff and scholars alike, priceless documents have ended up dog-eared and annotated. Staff at the research room mandate scholars to number all the pages of a document selected for photocopying. Some scholars highlight portions important to them using coloured pens ­­– on original documents. Fragile and aged archival pages are flipped through several times by each scholar; while photocopying, these are disengaged from the file, only to be put back in a haphazard manner. As a result, documents end up with multiple page markings, at times right in the middle of a priceless document.  This defacement happens every day, on treasure that belongs to the next generation. 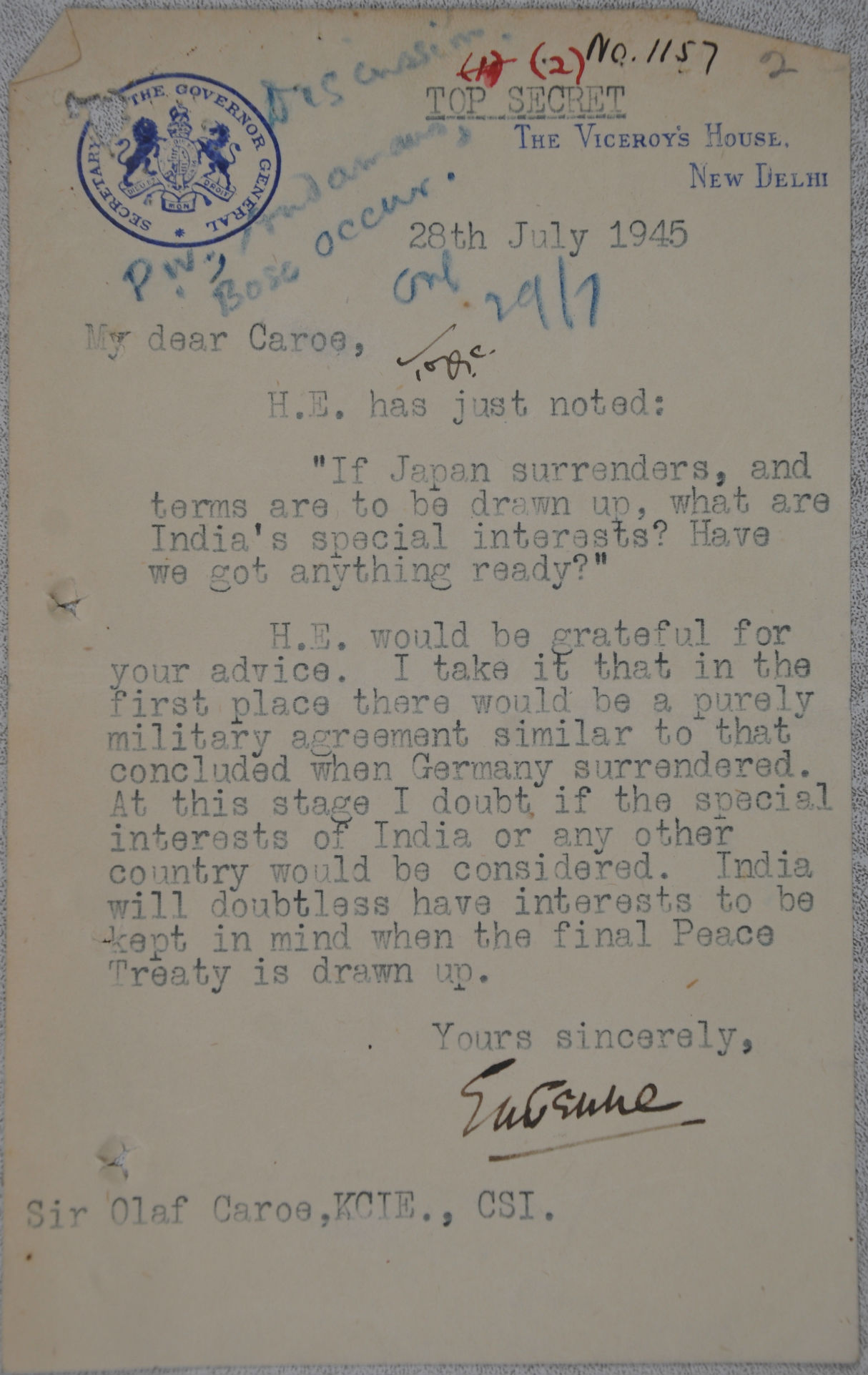 Page numbers on a document recording the Japanese surrender of 1945. Credit: Choodie Shivaram

“It’s the first I’m hearing of this, it’s shocking, this is blasphemous,” says Garg, when this writer informed him of this practice.  Public Records Rules 1997 section 11 (8) mandate that it is an offence to “write, put any marks or indications on public records, and to take any eatable or drinking products while consulting public records.” I recently saw a staffer eating an orange as she sat looking over the documents on her table. A 1947 document on Travancore has a completely tattered page whose pieces are bunched together and tucked inside the file.

William Dalrymple writes in his book White Moguls, “In Delhi in the vaults of the Indian National Archives, someone installing a new air conditioning system had absentmindedly left out in the open all six hundred volumes of the Hyderabad Residency Records. It was monsoon.  By the time I came back for a second look at the records the following year, most were irretrievably wrecked, and those that were not waterlogged were covered with thick green mould. After a couple of days a decision was taken that the mould was dangerous and all the six hundred volumes were sent off ‘for fumigation’. I never saw them again”.

A JNU professor was horrified when he was told that the files he was seeking had been sent for drying since they had become damp owing to waterlogging.

The National Archives is truly archaic. Every single process here, from the requisitioning of documents to seeking copies, involves tedious paperwork – in multiples. In the era of ‘Digital India’, the NAI is surely not in contention for the prime minister’s award for going paperless.

Photocopies cost Rs 3 a page and scans Rs 20 a page, way beyond the market price (photocopies at the parliament library and Japan Foundation library cost Re 1). Foreign scholars are charged twice that amount. There is no clarity on when the requisitioned copies will be ready; it could vary from a week to a few months. Scholars are expected to keep checking with the reprography staff if their copies are ready.

Scholars spend thousands of rupees to acquire copies of researched documents. Often, what they receive is almost unusable. With only two outdated photocopiers working, poor maintenance and a lackadaisical staff attitude results in pathetic quality copies. The only working microfilm reader, covered under layers of accumulated dust, cries out for maintenance. With the microfilm reader printer machine out of order, scholars are forced to purchase the entire roll which again is overpriced. Dismissing demands for quality in return for the expensive service, Raghvendra Singh, director general, NAI, says, “I have published a book and the photocopies I received are much worse. I can read them.” 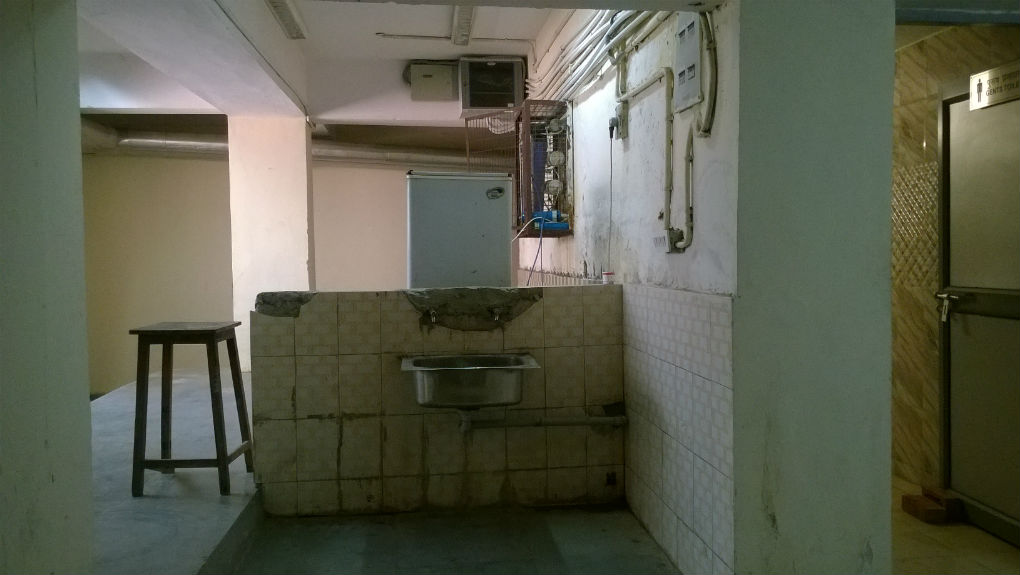 Water cooler beside the men’s toilet on the ground floor. Credit: Choodie Shivaram

“Come and sit in front of the photocopy machine and make copies, you’ll know”, one staffer in the reprography section told me. His attitude is a reflection of the general attitude at NAI where most of the staff behave like they’re doing researchers a favour. Evidently, neither do these staff members remember that researchers pay for the services (or lack thereof) nor do they realise that they are public servants employed on taxpayer money. Of course, there are one or two among them who are exceptions and the saving grace of the organisation.

Accessing files at the NAI is an intimidating experience. Scholars complain that often the files they want are not given to them under one pretext or the other. Eight out of ten requisitions are returned with the most ridiculous reasons scribbled on them – ‘tracing’, ‘in search’, ‘sent to ministry’, ‘NT’ and ‘Destroyed’. ‘NT’ indicates ‘not transferred’ from the ministry. How then are these files indexed with a complete tracking number? 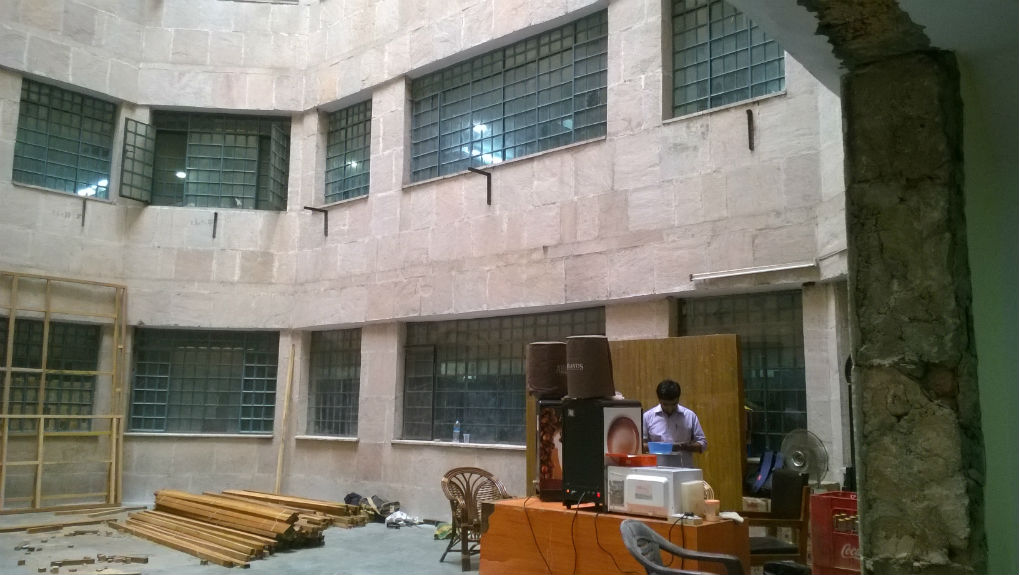 The canteen at the National Archives of India. Credit: Choodie Shivaram

“It’s exasperating. It took me six months to access the files I needed. We have deadlines to meet for our submissions,” laments Varsha (name changed), an MPhil student from Ambedkar University, Delhi.

There are no processes to help scholars find files, which requires navigating through a labyrinthine file index. Precious time is lost, especially for researchers from outside Delhi. Most of the staff are rude, arrogant and uncooperative. Fearing reprisals, students and academics hesitate to complain, since they have to revisit the archives.

“The place is antiquated,” says Yasmin Saikia, a professor at the University of Arizona. “The technology for making knowledge accessible is deliberately kept out of reach of researchers. The staff cater to scholars who come with sufficient internal connections. Three months of work here came at a price of intense anxiety and left a terrible taste in my mouth. I realised that even a small wrong move could cost me dearly and I would never see the material I needed. No one at NAI cares to facilitate the scholar.”

While the NAI spends crores of rupees on events and exhibitions ostensibly under the PMO’s direction – including one to promote Prime Minister Modi’s Swacch Bharat campaign – the facilities inside the institution are anything but swacch. The restrooms are unhygienic. Tables and chairs in the research room haven’t been dusted in ages. Mineral water dispensers were removed from research rooms, ostensibly as a cost-cutting measure, forcing researchers to use filthy water coolers, located beside the men’s toilet.

A private ill-kept canteen with tattered cane chairs is the only dining option for scholars who spend an entire day researching. The NAI  canteen, which Garg claims provides subsidised food, looks like it hasn’t been cleaned or upgraded since the British left India. Even the staff stay away from it.

In all this, what is at stake is the written history of our country that has to be treasured for posterity. The question is, will we protect and preserve it?

Choodie Shivaram is a senior journalist and researcher with over three decades experience.