Centuries ago, Jerusalem's Muslim families were entrusted with the duty of opening and closing the church doors, a task they perform to this day. 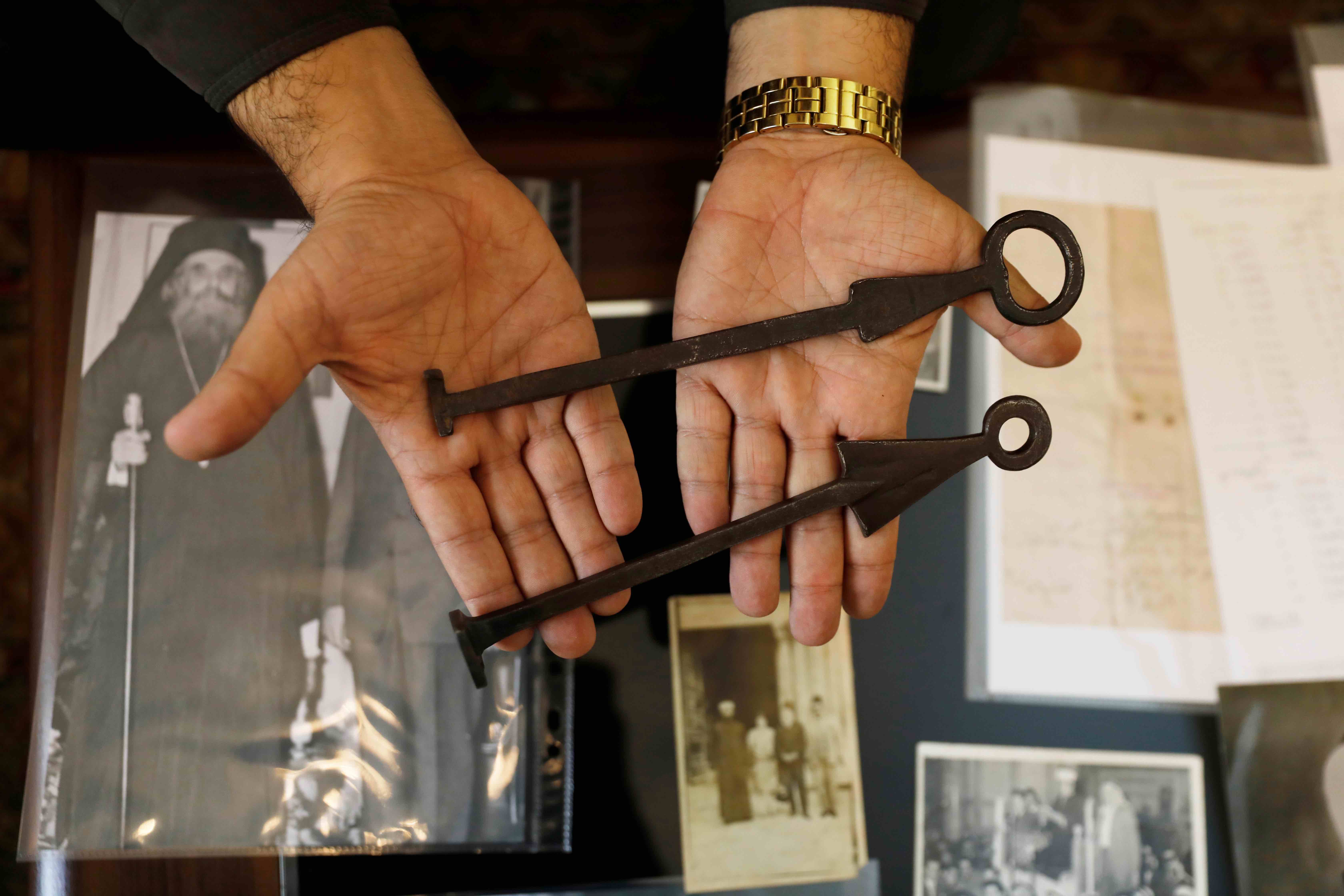 Adeeb Joudeh, a Muslim, displays the ancient keys to the Church of the Holy Sepulchre, during an interview with Reuters at his home near Jerusalem's Old City November 8, 2017. REUTERS/Ronen Zvulun

Jerusalem: As dark falls, Adeeb Joudeh, a Muslim, makes his way through the stone alleyways of Jerusalem‘s walled Old City cradling the ancient key to one of Christianity’s holiest sites.

Centuries ago, the imposing iron key to the Church of the Holy Sepulchre, built where many Christians believe Jesus was crucified and buried, was entrusted to his family, one of Jerusalem‘s most prominent clans, says Joudeh.

He dates the arrangement back to the time of Saladin, the Muslim conqueror who seized the holy city from the Crusaders in 1187.

“Honestly, it’s a great honour for a Muslim to hold the key to the Church of the Holy Sepulchre, which is the most important church in Christendom,” Joudeh, 53, said.

Another of the city’s oldest Muslim families, the Nusseibehs, were entrusted with the duty of opening and closing the church doors, a task they perform to this day. It requires firm fingers: The key is 30 cm (12 inches) long and weighs 250 grams (0.5 pounds).

Historians differ on the roots of the arrangement. Some researchers say Saladin most likely bestowed the guardianship upon the two families in order to assert Muslim dominance over Christianity in the city. It also had financial implications, with a tax from visitors collected at the door. 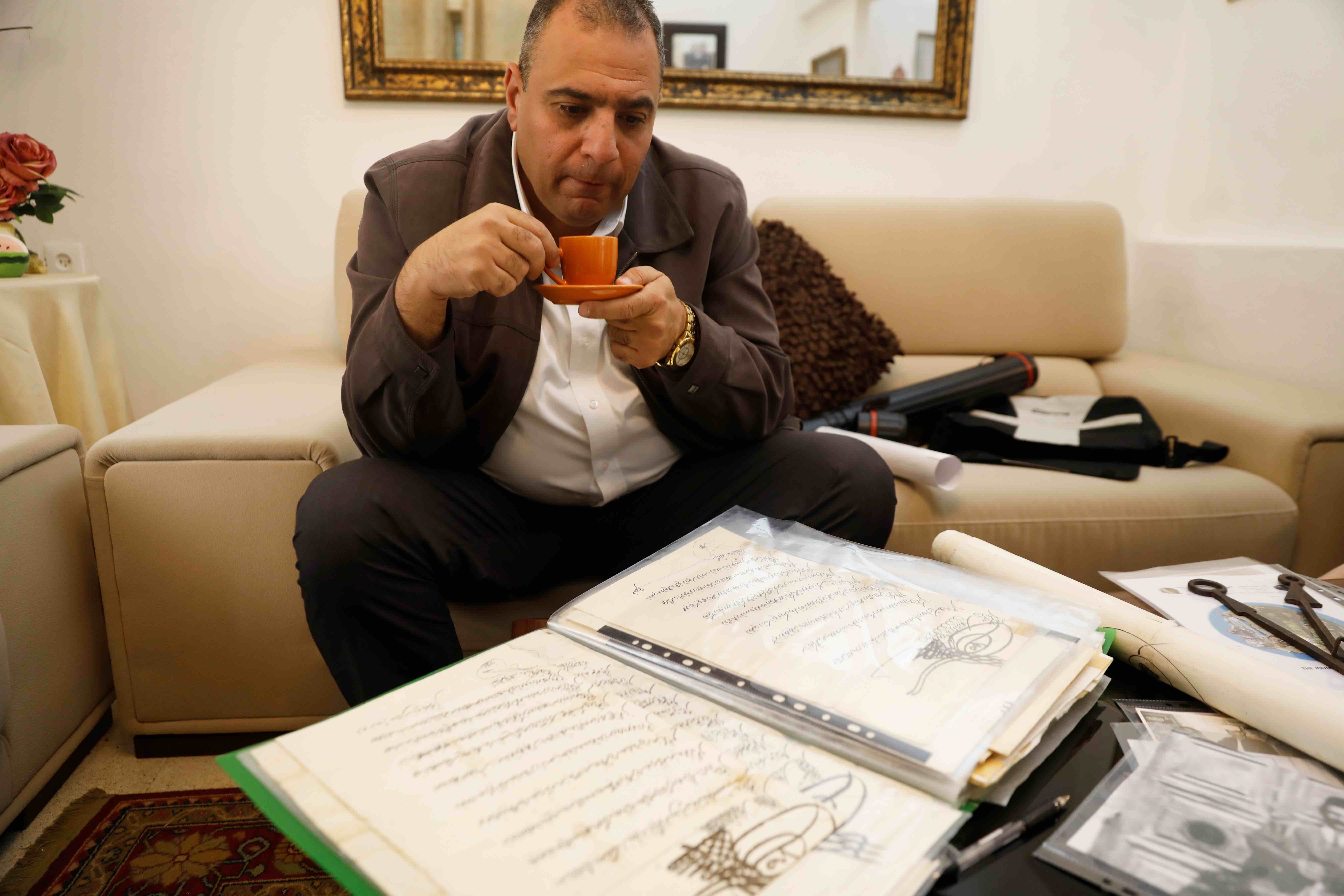 Adeeb Joudeh, a Muslim, looks at documentation known as “Fermans”, royal decrees by rulers of the Ottoman empire, bestowing the key custodianship of the Church of the Holy Sepulchre upon his family, during an interview with Reuters at his home near Jerusalem’s Old City, November 8, 2017. Credit: Reuters/Ronen Zvulun

Documentation, however, only goes back to the 16th century, Joudeh said, displaying dozens of “Fermans”, or royal decrees by rulers of the Ottoman empire, bestowing the key custodianship upon his family.

Jerusalem‘s Old City today houses sites that are sacred to all three major monotheisms. It and other east Jerusalem areas were captured by Israel from Jordan in the 1967 Middle East war.

Israel has since declared the entire city its undivided capital. This status is not recognised internationally and is rejected by the Palestinians who want East Jerusalem as capital of a state they hope to found. 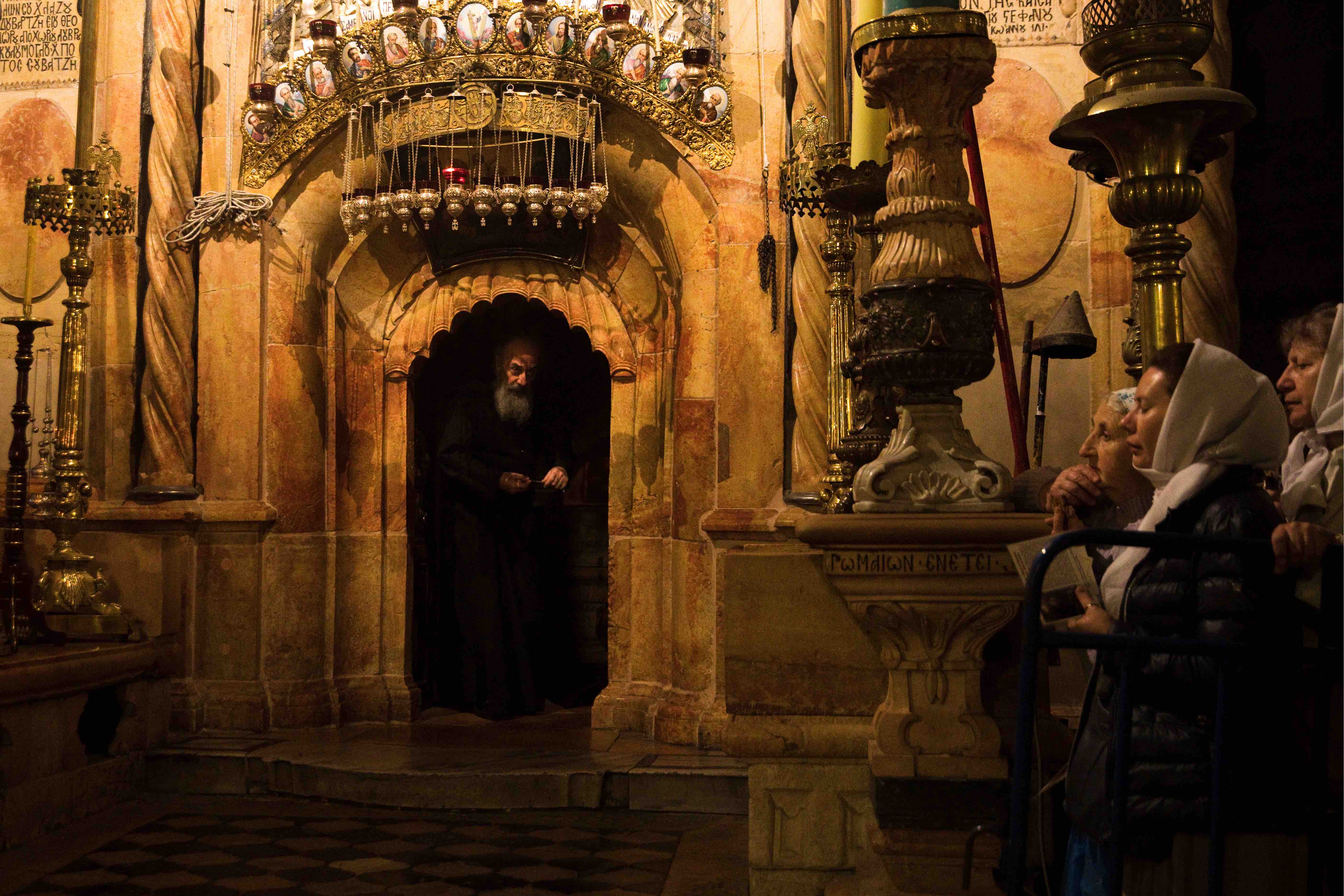 Worshippers stand nearby as a priest peers out from the Edicule, the burial place housing the purported tomb of Jesus, at the Church of the Holy Sepulchre in Jerusalem’s Old City, November 3, 2017. Credit: Reuters/Ronen Zvulun

Joudeh says his key is about 800 years old. Another copy he holds broke after centuries of use.

“I started learning this when I was eight years old. It’s handed down from father to son,” said Joudeh. “I have been doing this for 30 years and I feel that the Church of the Holy Sepulchre is my second home.”

The Greek Orthodox, Armenian and Roman Catholic denominations share custody of the church, where tensions often run high over control of its various sectors.

Christianity scholar Yisca Harani said having Muslim families in charge of the key and the doors helps somewhat in keeping the peace between the denominations.

“The church is definitely a model of co-existence,” Harani said.