Mughals Were Looters, Not Our Ancestors, Says UP Deputy Chief Minister

Textbooks will be changed to reflect this, Dinesh Sharma said, because students should not spend so much time studying "invaders". 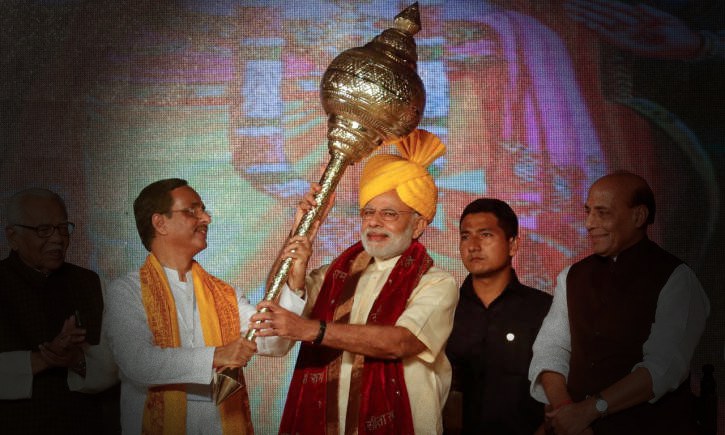 New Delhi: A month after Maharashtra removed almost all traces of the Mughals from its history textbooks, it looks like Uttar Pradesh may be heading in the same direction.

Mughal emperors were “not our ancestors but looters” and the Uttar Pradesh government is going to change the syllabus to reflect this, deputy chief minister Dinesh Sharma said today.

The minister, however, made an exception for the last Mughal Emperor Bahadur Shah Zafar – who he said was a “good ruler” as he had supported Mangal Pandey during the 1857 struggle for independence.

“Mughal rulers were not our ancestors but looters. We consider Mughal rulers who did wrong acts as looters. Those who have done good work, we praise. Babar and Aurangzeb were looters. We do not oppose Bahadur Shah Zafar as he extended support to Mangal Pandey,” Sharma told reporters in Jaunpur.

He said Prime Minister Narendra Modi had visited Zafar’s mausoleum in Yangon because he was a “good ruler”.

The deputy chief minister, who was on a private visit to Jaunpur, added, “We honour all religions. Apart from worshipping gods and goddesses, I also visit mazaars, gurudwaras and churches.” However, he qualified that by saying “but we won’t accept Pakistani-Talibani culture”, Outlook reported.

He said the government planned to bring “necessary changes” to the school syllabus.

“If Akbar has done any good work, it will remain in the pages of history. It will be historians who will decide what place Akbar gets,” he said.

“A culture where a son kills his father for the throne or the hands of Taj Mahal builder are chopped off cannot be our culture. Our culture honours artists and scientists. Dr A.P.J. Abdul Kalam is credited for the successful nuclear test, and we honoured him,” Sharma added.

“Till now Europeans, Turks, Mughals, French, Chinese and communists have written Indian history but now the things have changed. A panel of historians will be formed to rewrite history as most of the Indian greats have been shown in a poor light in the past,” the deputy chief minister said, according to Hindustan Times, equating ‘communism’ with a place of origin. “We must learn to respect our ancestors. We do not carry the legacy of invaders but we carry the legacy of Lord Ram, Krishna, Guru Nanak, Mahavir, Gautam Buddha, Guru Govind Singh and Shivaji. We will have to study more about them, not about invaders.”

In June this year, the Rajasthan education board decided to teach students that Maharana Pratap had defeated Akbar in the Battle of Haldighati. In Maharastra, state textbooks were changed to focus on Maratha ruler Shivaji and the reference to Mughals was reduced to just three lines. Several historians have seen these changes as an attempt to saffronise history.