My Mother's Trauma of Partition Shaped How I View Pakistan

Even though it was another country, Pakistan seemed just like India. But my mother’s fears certainly affected me. I have always regretted that. 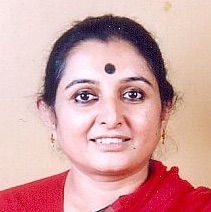 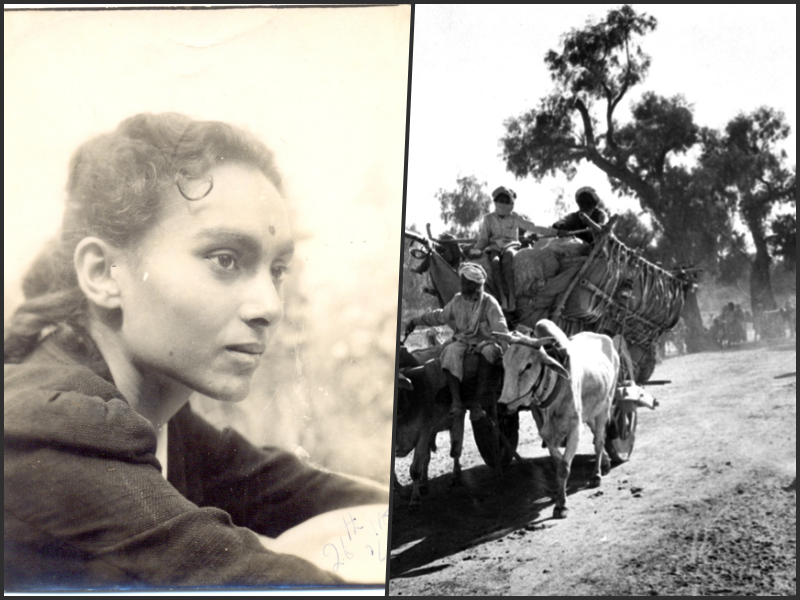 I don’t know how my mother dealt with the trauma. Was she so numbed by this experience that she couldn’t share it? Credit: Neera Burra/Wikimedia Commons

My mother, Shakti, never forgave herself for not warning her father that he was on the hit list in Lahore in 1947. She had been told by some of her Muslim classmates at Sanatan Dharma College that she should tell her father to leave Lahore immediately because he was trying to persuade his Hindu friends not to leave even if Pakistan was created. One night, she overheard her mother speaking to her father: “Everyone has left. Even Lalaji and my brothers and their families have gone away. We are the only family left in the compound. Shouldn’t we leave also? It has become so dangerous.” And Taaji, as her father was called, seems to have said, “Where will we go? I have a printing press. We can’t carry it with us to India. In any case, Hindus have lived under Mughal rule for centuries. We can also continue to live in Lahore under Muslim rule. The Sikhs have been living in Afghanistan for generations and they seem to be fine.”

My mother was only 19-and-a-half when Partition happened. Her father, Lala Arjan Dev, had a printing press and was the editor of an Urdu newspaper, Karm Vir, and also edited Deepak and Sunday Times. They lived in a large compound built by my mother’s grandfather, Ruchi Ram Sahni (Lalalji) at 22, Rattigan Road, Lahore.

On August 13, 1947, my mother and her siblings along with my grandmother, were waiting for my grandfather, Arjan Dev, to join them for lunch. He had gone to the market to buy some fruit for lunch. My mother and her brother were hovering around the backdoor of the house, when they heard their father cry out, “Maara gaya, maara gaya”. They ran out and saw their father fall to the ground. He had been stabbed to death in front of their eyes. They tried to go towards him but there was a crowd that quickly gathered and pushed them back into the compound. Soon the body was removed by some men, supposedly RSS workers, and the last rites were performed by them.

My mother talked about this event over many years. My grandmother collapsed as soon as she heard the news. Her older son took charge. He and my mother were already involved in night patrols and took turns by keeping a watch from their roof. Now they had to escape, but to go where? Just as they were planning to move to the DAV College refugee camp, a message came from relatives, who were living on Lawrence Road, that the family should come to them. My mother, her siblings and my grandmother ran to the other side of the compound, where they shared a boundary wall with Bradlaugh Hall, the headquarters of the Indian National Congress. They jumped over the broken wall and left.

A message reached my mother’s married sister. Her husband arranged to come to Lahore with a government truck to take the family away to the other side of the new border. It was left to my mother to pack whatever she could. The next day, she went back with her brother to pack. I remember her telling me, “I didn’t know what to pack. I walked around picking up things. On my dressing table was a small bottle of hand lotion, my older brother had given me for my birthday the previous year and I loved it. I looked at the bottle again and again. I picked it up to pack it. Then I put it back. We could only take a few things because the truck was small. Every now and then I think back and wish I had brought it with me. It was so precious to me.”

Years later, I was looking at an old photo album and I found a photo of my mother in a thin muslin saree in the heart of winter in Lucknow. She looked as if she was shivering. On another page, was a photo of her wearing a natty woollen coat. I remarked at the rather nice coat and my mother smiled and said that it was a gift from my father to her. My parents were not even engaged to be married at the time but my father, on hearing of the family’s misfortune, had come to see them in Lucknow where they had now moved. He was appalled that my mother had no warm clothes to wear and that she was wearing thin summer clothes in a severe Lucknow winter. She said, “I had no idea what to pack and what to leave. There were trunks that were packed so I presumed they must have woollen clothes. So I told the people who came to help to load them on to the truck. When they were finally opened, we found that they were full of phulkaris (traditional embroidery from Punjab) that my grandmother had embroidered for her children.” She left the room and came back with several phulkaris that she proudly displayed. “These were embroidered by my father’s mother in Chakwal. After she finished her housework and late in the evening, she would light an oil lamp and embroider away”. Years away, in Delhi winters, her phulkari shawls were the envy of all.

I don’t know how my mother dealt with the trauma. Was she so numbed by this experience that she couldn’t share it? She was often awake the whole night. Once or twice, she told me that she had continued to hope that what she saw was just a bad dream and if only she could have gone back to Lahore she would have seen her father sitting in his basement office, proof-reading his newspaper. For several years in later life, she would talk about driving to Lahore to sort out her father’s clothes and if I told her that Lahore was now part of another country and she couldn’t just “drive” there, she would get very upset with me. On another occasion, a few years back, when I was telling her that I was planning to buy a new sofa, she said, “Why do you want to spend money? Let’s go to Lahore to the house and get the sofa. No one is using it”.

In better times, every time I travelled to Pakistan on work, she would get really agitated that I would not come back and she would never see me again. Even though I was carrying a UN passport, she was not sure that I would be safe. This certainly affected me. On my first trip to Lahore in 1986, I went for a conference and we stayed at the Falettis Hotel, where my mother’s family used to go and have tea. The staff of the hotel was particularly warm and friendly with the Indian delegates and went that extra mile to see that we were comfortable. Even though it was another country, Pakistan seemed just like India. But my mother’s fears certainly affected me and I was reluctant to go out on my own. I have always regretted that.

In 2013, I went again and stayed with friends of friends and had a wonderful time. I was doing some research on my great grandfather, Sahni, her grandfather. 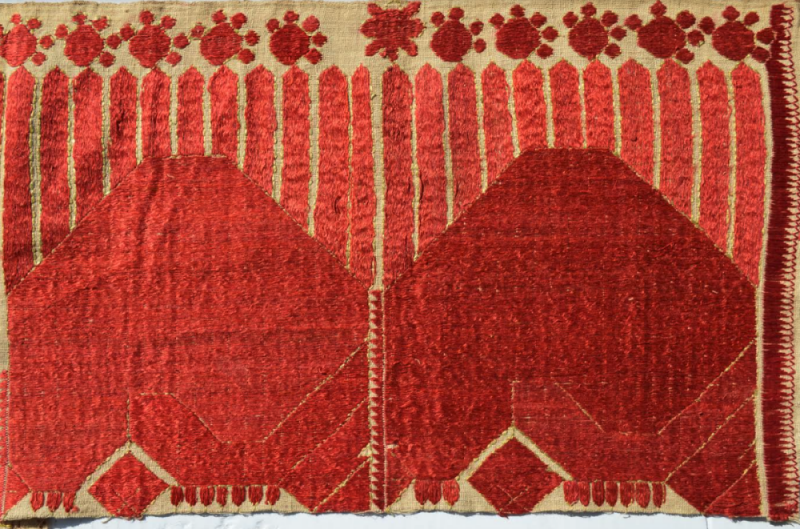 Phulkaris embroidered by Neera Burra’s great grandmother in Chakwal in the mid-19th century, which were in one of the trunks that came from Lahore in August 1947. Courtesy: Neera Burra

What was particularly touching was that everyone I met in Lahore in 2013 knew of professor Sahni and his contribution to education and science in Punjab in ways that no one knew of the man on our side of Punjab. When word got around that professor Sahni’s great granddaughter was in Lahore, many people called up my hosts and asked if they could meet me. They just wanted to tell me what a wonderful man he was. As one professor said to me, “Government college is what it is because of professor Sahni”. I wish there was some way of telling my mother: It’s alright. Pakistan happened. People in Lahore revere your grandfather”.

Neera Burra has recently edited her great grandfather’s autobiography A Memoir of Pre-Partition Punjab: Ruchi Ram Sahni, 1863-1948”, published by Oxford University Press, June 2017. It offers an account of the social, political and intellectual ferment in the Punjab of the mid-19th and 20th centuries.