The Malmedy Trial: How the Truth Trumped Fake Torture Stories

The Malmedy trial remains an example of how competent professionals confronted a blizzard of fake news and fought against that era’s most dangerous demagogues. 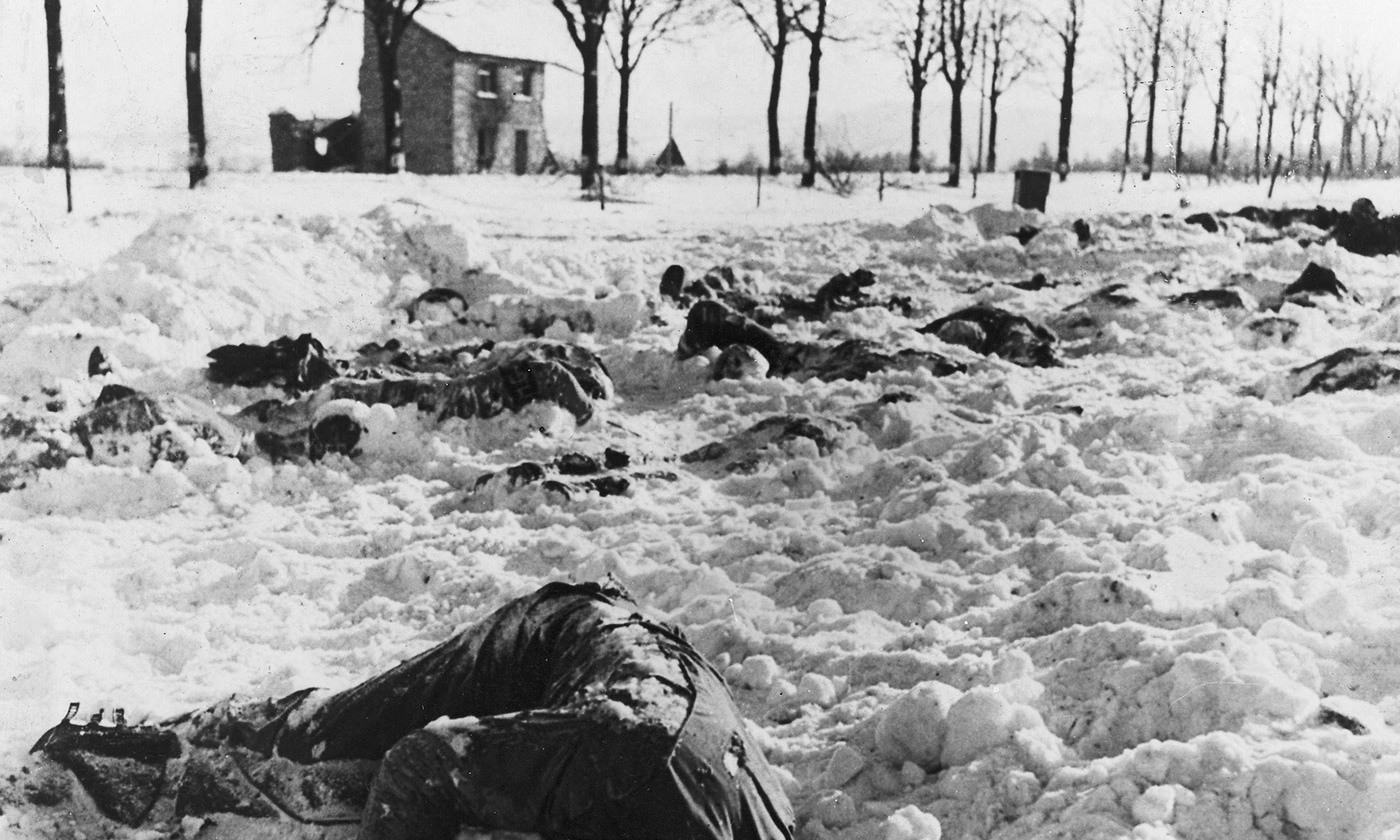 In December 1944, during the Battle of the Bulge, members of a Nazi SS combat division executed 84 captured GIs near the Belgian town of Malmedy. It was the deadliest encounter of its kind between American and German forces. General Dwight Eisenhower vowed to hold the perpetrators accountable. However, controversy soon enveloped the US investigation. Today, this episode remains an example of how competent professionals confronted a blizzard of fake news and faced down one of the era’s most dangerous demagogues.

Over 16 months in 1945 and 1946, a small team of US army investigators built a damning case against 74 former SS officers and enlisted men. The chief interrogator was William Perl, one of thousands of Jewish refugees from the Nazis who had joined the US army. Trained to obtain information without resorting to physical force, Perl and his team began with interrogating hundreds of former SS men, and gathered a large amount of information from non-combatant personnel. Nothing was considered inconsequential: nicknames, gossip, personal grudges, ‘even where they had stopped along the route to urinate’, as one interrogator put it. They then used what they learned to approach a suspect with ‘the whole history of his unit’. Under informed and lengthy questioning, a suspect would fill in the gaps for the interrogators, often admitting responsibility for a crime. The process was tedious and time-consuming. Yet they reveal that most suspects, when interrogated in this manner, talked freely.

In July 1946, a US army court found all 73 guilty of violating provisions of the Geneva and Hague conventions. But within a few months, the chief defence lawyer, Colonel Willis Everett, was pressuring the Army for a retrial. A few defendants had told him that interrogators had abused them. While only six took the stand to retract their confessions with unconvincing testimony, Everett nonetheless accused the interrogators of widespread, systematic torture.

Everett’s sympathies lay with the defeated Germans rather than the Nazi’s victims. He also believed that he could make a great deal of money should the story be made public. His threat of an exposé was a bluff: he possessed no credible evidence that the interrogators had tortured anyone. Nonetheless, nervous Army officials conducted multiple reviews of the investigation and, finding no evidence of torture, refused to consider a retrial.

The torture accusations gained public traction in the US and occupied Germany only after the convicted men concocted elaborate stories of pervasive torture and fed them to a handful of ex-Nazi lawyers. Backed by two of Germany’s most influential clergymen, they took the story to the press and demanded a retrial.

US army lawyers were not fooled. The prisoners’ descriptions of brutal beatings, threats and mock executions read like a hack screenwriter’s attempt at dramatising torture. But US and German newspapers, including publications such as Time magazine, reported the torture stories as factual. Editorials demanded that the interrogators be prosecuted. By early 1949, the accusations had generated enough controversy to produce a Congressional investigation. The credibility of US military courts was at stake. The Senate Armed Services Committee held hearings that year, producing the most extensive investigation into the conduct of US interrogators until the Feinstein Committee convened 65 years later.

The hearings were chaired by Raymond Baldwin, a conscientious and thoughtful Republican. Baldwin was determined to get to the truth of the matter. He gave the former investigators the chance to explain their methods and, having no intention of whitewashing the Army, ensured that its critics – including some of the chief purveyors of the torture allegations – were given the chance to explain themselves.

The former investigators, shocked by unverified torture stories published across the country, had already mobilised a defence. Every one of them testified, explaining in exhaustive detail how the investigation was actually conducted. US medical and prison personnel also testified that no prisoner abuse occurred. The committee even had physicians examine the convicted men who swore that the interrogators had permanently damaged their jaws, testicles and limbs. The physicians found no evidence of such injuries. US intelligence agents in Germany reported to the committee’s diligent and fair-minded staff lawyer that a network of ex-Nazis and sympathetic clergymen were using the torture claims to discredit the Army’s trials.

Baldwin’s nemesis on the committee was a junior senator from Wisconsin, Joseph McCarthy. Neither conscientious nor thoughtful – though eager to bolster his sagging political fortunes – McCarthy decided that the torture claims were true before the hearings began. For weeks, he berated any witness whose testimony did not confirm his suspicions. Ill-informed and unable to question witnesses coherently, he resorted to threats and insults. At one point, he demanded that Perl submit to a lie detector test. “I think you are lying,” McCarthy said to him, “I have been told you are very, very smart [but] you cannot fool the lie detector.” Though Perl agreed on the spot, Baldwin and the other committee members thought the idea was wrong-headed, and no lie detectors were deployed.

Rather than reconsider his position, McCarthy stormed out of the hearings, insulted Baldwin, and accused the Army of a cover-up. He had suffered a humiliating – if temporary – defeat. Unable to let the matter go, he was still railing on the floor of the Senate against Baldwin and the Army months later.

Baldwin’s calm persistence and determination to conduct a thorough and even-handed investigation prevailed over McCarthy’s wilful ignorance and boorish behaviour. The Committee’s final report was not uncritical of the army’s conduct, but it concluded that the defendants had received a fair trial and dismissed the torture stories as utter nonsense. Though the former investigators felt vindicated, they understood that the army’s reputation had been damaged. “The Malmedy case is a dead pigeon,” the chief prosecutor told Perl, “except for the smell and it will smell unto eternity.”

As for the perpetrators of the Malmedy massacre – every one of them was freed from prison by 1956. The fact that any German remained behind bars was intolerable to German public opinion at a time when a re-armed West Germany embedded in NATO was a diplomatic imperative for Washington. The creation of a parole and clemency board resolved the matter. The records of its proceedings reveal that the stench of the torture accusations had not been washed away by the Senate’s investigation. While Army officials – some of them veterans of the Battle of the Bulge – were less inclined toward leniency, State Department legal advisers clung to discredited accounts of torture to justify clemency for the convicted men.

The legacy of the Malmedy massacre trial controversy thus remains an ambiguous one. Yet one thing is clear: competent professionalism, civil courage, and an open mind had trumped blatant disregard for the truth. The professionals of the Army’s war crimes division were steadfast in resisting popular pressure to overturn the verdicts on the basis of fake torture stories. Most critically, Baldwin stood up to a self-promoting demagogue in his own party who put personal ambitions ahead of his responsibility to the country.

This article was originally published at Aeon and has been republished under Creative Commons. Read original here.