The ascent of Charles III to the British throne last week has, once again, rekindled demands for the return of the fabled ‘mountain of light’ diamond to India, over 175 years after it was obtained by the English. Replica of the Imperial Crown with a replica of the Kohinoor Diamond. Photo: AlinavdMeulen/Wikimedia Commons, CC BY-SA 4.0

Chandigarh: The ascent of Charles III to the British throne last week has, once again, rekindled demands on social media, domestically, for the return of the fabled Kohinoor, ‘mountain of light’ diamond to India, over 175 years after it was obtained by the English.

Perhaps, the host of netizens wanting the Kohinoor back, out of both a sense of ownership and as reparation for centuries of rapine, oppression, racism, famine and slavery inflicted by the colonial administration on generations of Indians, mistakenly believe that the supposedly liberal King Charles would be more sympathetic to their wishes. 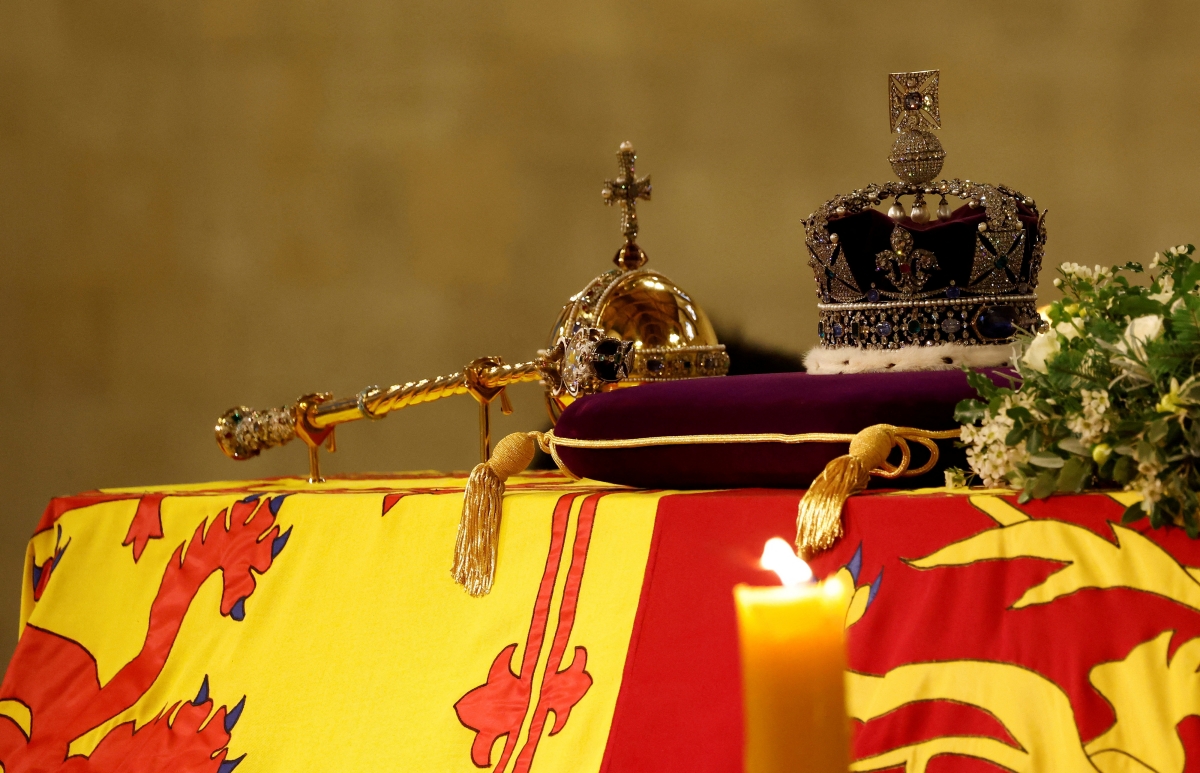 The Imperial State Crown lays atop the coffin of Queen Elizabeth II as it Lies in State inside Westminster Hall, at the Palace of Westminster in London, Britain September 15, 2022. Photo: Odd Andersen/Pool via Reuters

And, while some of the more militant tweets called upon hordes of Indians to ‘storm’ Charles’s residence at Buckingham Palace to retrieve the 105.6-carat oval shaped diamond, another expatriate venture capitalist from Silicon Valley in the US has urged the ‘honourable’ UK to do the decent thing, and return the looted diamond forthwith to its rightful owners.

“Every time the (British) crown appears with the Kohinoor as the jewel of the crown, it reminds the world of Britain’s colonial past and the shameful (and deceitful) way they acquired it,” Venktesh Shukla of Monta Vista Capital said in a petition.

But most cyber citizens are unaware that Prime Minister Narendra Modi’s Bharatiya Janata Party-led Hindu nationalist government had renounced its claims to the Kohinoor six years ago.

In April 2016, former solicitor general Ranjit Kumar categorically told the Supreme Court that the Kohinoor was presented to Queen Victoria in the mid-19th century, and was neither purloined nor looted. “It (the Kohinoor) was not stolen or forcibly taken away,” Kumar declared in response to a public interest litigation case by one Nafis Ahmad Siddiqui, seeking the return of the fabled diamond to India.

On display at the Tower of London, the Kohinoor has, over decades, intermittently been at the centre of ongoing diplomatic rows between New Delhi and London, with India continually demanding that England return the ‘stolen’ diamond on grounds of ownership and sotto voce, also as partial atonement for its colonial excesses. In return, successive British prime ministers and other British leaders steadfastly refused, with David Cameron on a visit to India in 2010 categorically declaring that the Kohinoor would remain in England.

“What tends to happen with these questions is that if you say yes to one, then you would suddenly find the British Museum empty,” he said, referring to the tens of thousands of looted artefacts on display there from around the world.

Ironically, Cameron’s statement endorses a cartoon doing the social media rounds currently, in which a British mother is admonishing her infant daughter for being ‘political’ in her school class again.

With wisdom beyond her years, the little girl responds by firmly informing her mother that her teacher had asked why the pyramids were in Egypt. “I told the truth,” she matter-of-factly said, “because they are too heavy for the English to steal.”

The Kohinoor was reportedly mined in Kollur, on the southern bank of the Krishna River in the former Golconda sultanate by the Kakatiya dynasty that ruled over modern-day Telangana, Andhra Pradesh and parts of Karnataka and southern Odisha from the 12th to 14th centuries, with their capital at Orugallu, later Warangal.

Consequently, the diamond, then believed to have been 186 carats, was placed locally in the Bhadrakali temple, from where it was seized in 1290 by Alauddin Khalji, one of the early founders of the Delhi Sultanate, during his numerous marauding campaigns in the luxuriant and prosperous Deccan.

Thereafter, the diamond’s travel history is unclear, but British historian Bamber Gascoigne in  The Great Mughals claims the diamond re-surfaced when the second Mughal king Humayun presented it to his father Babar around 1526. Gascoigne reveals that an unimpressed Babar casually calculated the value of the diamond, declaring that it could provide food for two-days-and-a-half to the entire world, and promptly handed the stone back to his son.

Some years later, Humayun presented the stone to Shah Tahmasp of Persia for sheltering him, after he was militarily defeated and driven out of India by his fierce Afgan rival, Sher Shah Suri. After a series of subsequent owners and an opaque riveting and bloodstained journey, the diamond found its way back into the treasury of Shah Jahan, the fourth Great Mughal in the early 17th century, who embedded it into his fabled Peacock Throne that was inaugurated in 1635.

Some decades later this remarkable gold throne, studded with all manner of rubies, emeralds, and of course, diamonds, was carried away by the rapacious Persian king Nadir Shah, who defeated the lesser Mughal ruler Muhammad Shah at the Battle of Karnal, near Delhi in 1738-39. 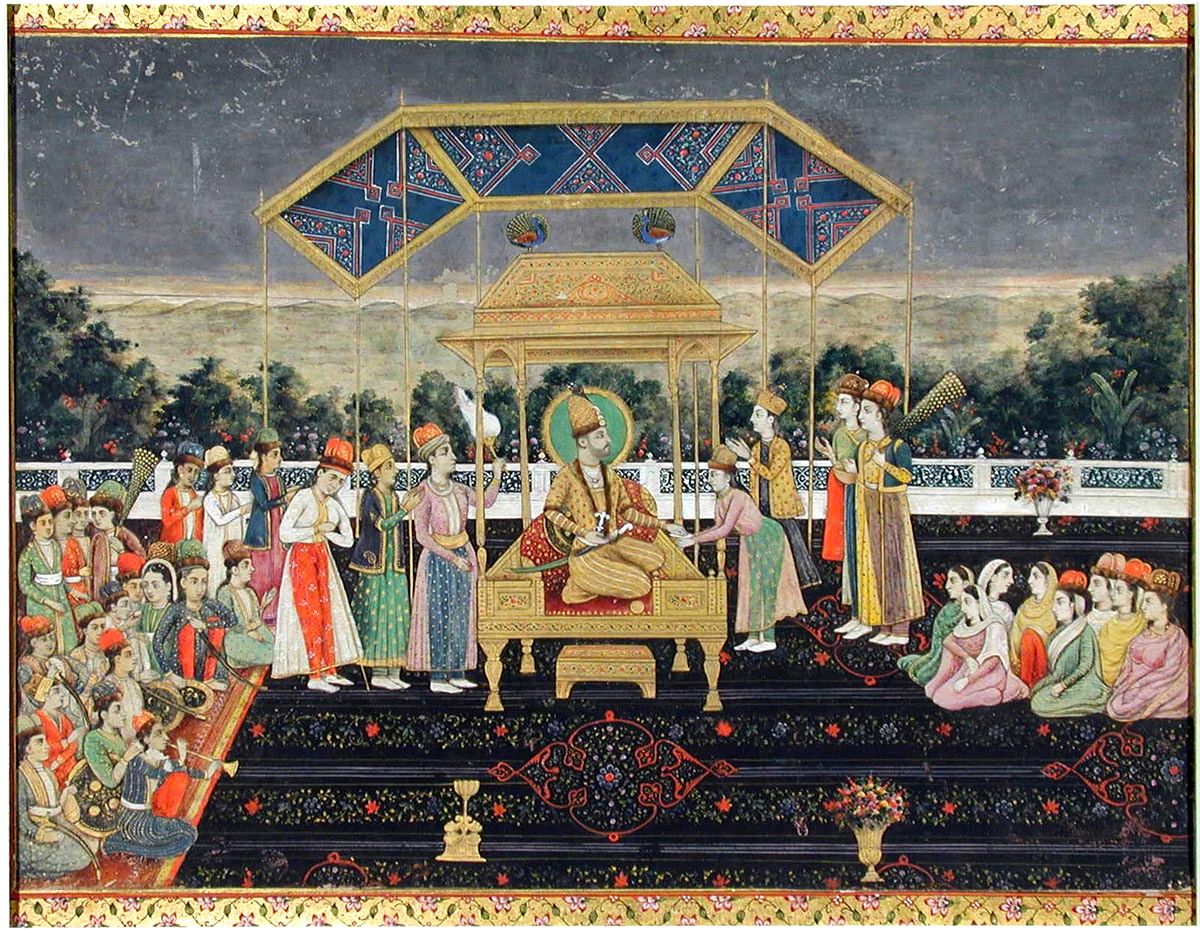 Nadir Shah’s grandson Shahrokh Shah thereafter presented the Kohinoor to the Afghan Empire’s founder Ahmad Shah Durrani in the early 18th century and it remained in his family in Kabul for several years.

However, by now there were new entrants to this fiercely turbulent region, wracked by fratricidal wars and looting freebooters – the hegemonic British, and further west the equally expansionist Russian Czar, both of who had launched their intrigue-ridden ‘Great Game’ to seize Afghanistan. The resultant fascinating minuet resulted in Durrani’s grandson and Afghan King Shah Shuja aligning himself with the English, and there are sketchy accounts of the potentate flaunting the Kohinoor set in a broach when he met Mountstuart Elphinstone, a colonial officer in Kabul, who was part of the Great Game manoeuvring, and who later became the Bombay governor.

In June 1809, Shuja was overthrown by his predecessor Mahmud Shah and went into exile in Lahore under the protection of Ranjit Singh, India’s first and only Sikh ruler to whom he presented the Kohinoor as payment for providing him shelter. And when the Sikh province of Punjab was annexed by the British, after Ranjit Singh’s death in 1849, the Kohinoor was presented to Commissioner Sir John Lawrence, who left it lying in his waistcoat pocket for almost six weeks.

According to some accounts, his valet chanced upon the huge shimmering diamond and restored it to Lawrence – who later became India’s Viceroy – and, in turn, he forwarded it to Ranjit Singh’s minor heir Dalip Singh, ‘asking’ him to ‘present’ it to Queen Victoria. The diamond arrived in time to become the prime exhibit at the Great Exhibition in London in 1851, after which it ended up in the Tower of London as part of the Royal jewels. 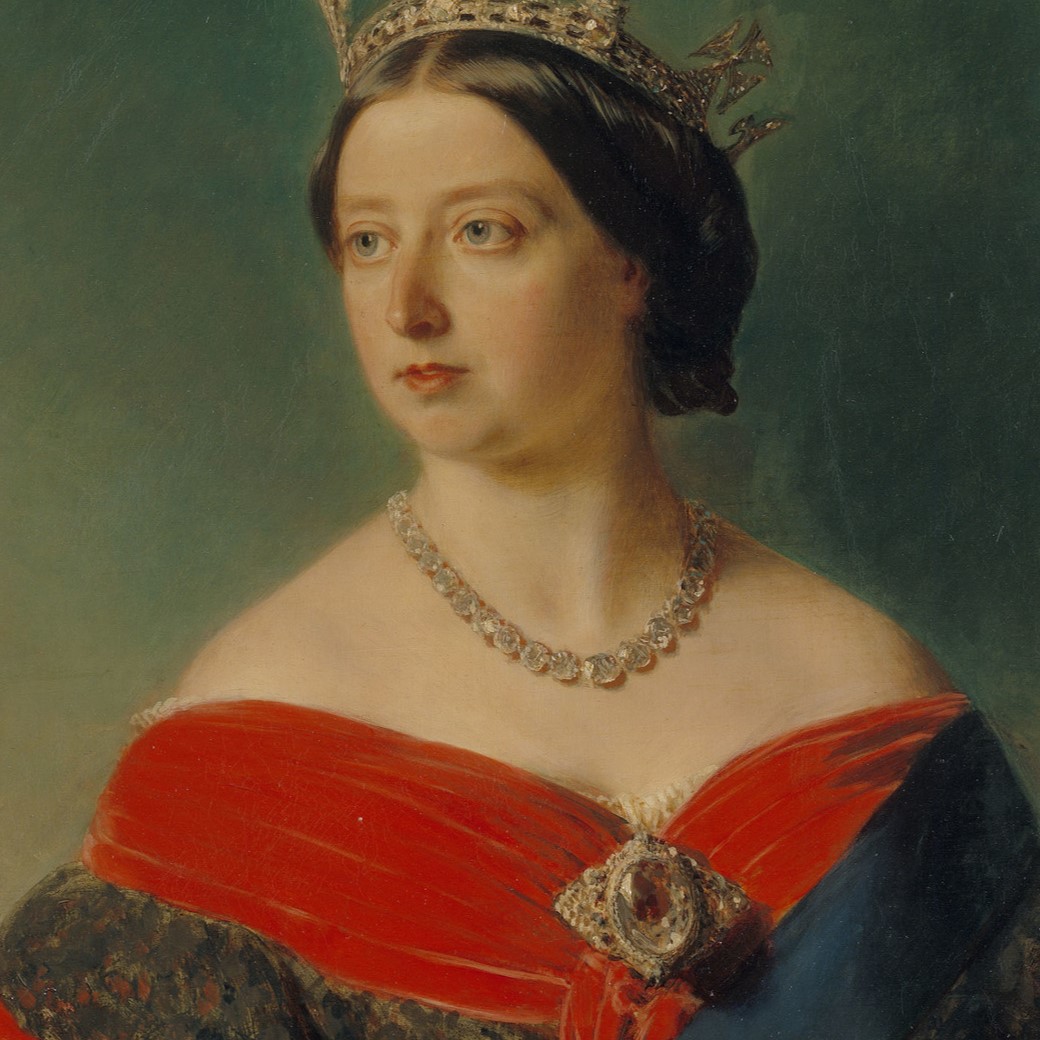 It was first set in the crown of Elizabeth, mother of the recently deceased monarch, at the coronation of her husband George VI in 1937 and featured on her coffin at her funeral in 2002, before it was locked away in the Tower of London protected by resplendently uniformed Yeoman Warders.

Legend, meanwhile, has it that the Kohinoor has brought bad luck to whoever has possessed it throughout history. Consequently, some in India were of the view that given the diamond’s fabled powers, perhaps the British would like to consider returning it and ending their enduring ill fortunes.

Other less generous, want the Brits to keep the ill-starred Kohinoor, believing it would be a force multiplier, albeit a glamourous one, in avenging the past.