The fact that a Jew, a Parsi and a Muslim were killed alongside their Hindu comrades does not amount to much in the Indian Army, which self-consciously avoids invidious distinctions. But their sacrifice was a bright, shining moment for what was then a teen-aged republic.

Among the battles of the 1965 war, perhaps the most intense were those fought around the Pakistani town of Chawinda. And among the battalions that distinguished itself was the 8 Garhwal Rifles. In that one battle, fought between September 16-18, fifty-years ago this week, the battalion lost 43 of its men killed and more than twice that number wounded. The hardy infantry men were an integral part of the formation led by 17 (Poona) Horse led by Lt Col A.B. Tarapore who had earned glory by his unit’s superb performance in capturing Phillora some days earlier.

Most of the 8 Garhwal soldiers who died were sturdy hill men from Tehri, Pauri or Chamoli districts. But three of those stand out in the list. Lt Col J E “Jerry” Jhirad, the man who commanded the battalion till the 17th, and a day later his second in command Major Abdul Rafey Khan, who had taken over the battalion from him and Rifleman Balwant Singh Bisht. To these names must be added that of Lt Col A.B. Tarapore whose 17 (Poona) Horse was, in a sense, leading the battle and who died on the 16th.

The fact that a Jew, a Parsi, a Muslim and a Sikh were battle casualties alongside their Hindu comrades does not amount to much in the Indian Army, which self-consciously avoids invidious distinctions. Though their deaths were an unmitigated tragedy for their near and dear, their sacrifice was a bright, shining moment for what was then a teen-aged Republic. It is a stark contrast to the tawdry happenings of today where a TV channel does not hesitate to pin the label of jihad on Muslim efforts to join the civil service.

The battle was part of a larger plan whose first stage had been executed by the capture of Phillora. After foiling a Pakistani counter-offensive, the decision was taken to move ahead and capture Chawinda by swinging behind its defences and capturing Jassoran. At 6am on the 16th morning, the attack began with Poona Horse, 8 Garhwal and 9 Dogra; Jassoran was captured by about 9.30 am, despite heavy shelling by Pakistani artillery guns located south of Chawinda. 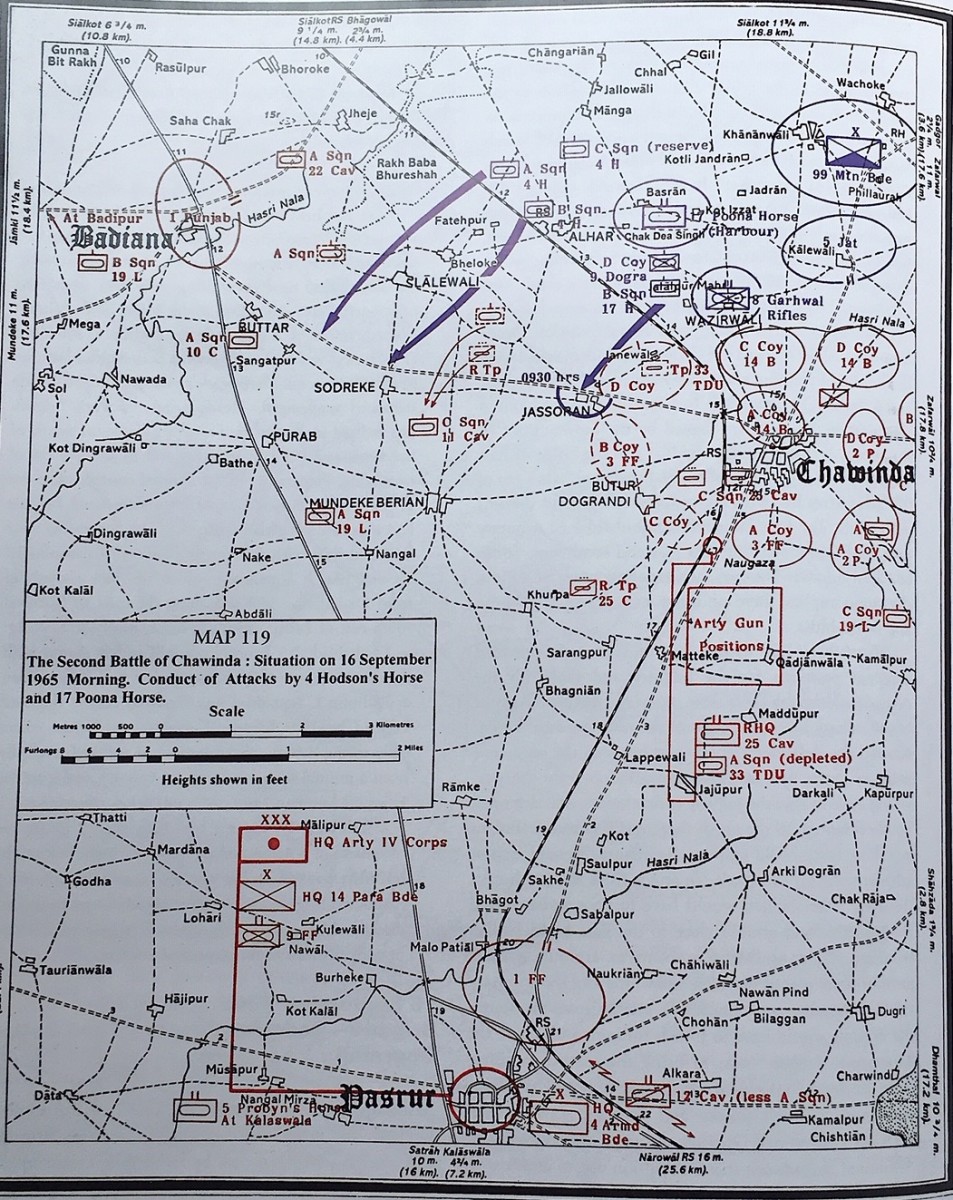 The decision was taken to assault Butur Dograndi with a team of 17 Horse and the Garhwalis. It was at this point, around 10 am, that when Lt Col Jhirad’s jeep was hit, as he was approaching the HQ of Poona Horse. He was mortally wounded and died while being taken to the advanced dressing station.

Major Khan now became the battalion commanding officer, but he had no communications systems as they had been destroyed in Jhirad’s jeep. Nevertheless, he pressed the attack and with just about 30 men, reached Butur Dograndi.  Informed of that development, Lt Col Tarapore decided to move his tanks forward  to Butur Dograndi. Approaching the village, he came under intense artillery fire and his lead tank, “Khushab”, was struck and he was left with just four operational tanks. So both the Garhwalis and 17 Horse decided to move back to Jassoran for a while.

But an hour or so later, Maj Khan decided to mount another attack since it was clear that  Butur Dograndi was the only means of hitting Chawinda. The attack was successful and since the major had no communications, he signalled his success by a Very light shot, or flare. Seeing things had gone well, Lt Col Tarapore dismounted from his tank to have a cup of tea, when suddenly a shell hit an adjacent tank and killed him, and three other soldiers. For his superlative performance in Phillora and subsequent battle, Lt Col Tarapore was awarded the Param Vir Chakra.

The Garhwalis remained in Butur Dograndi, digging in a kilometre north of the village in the sugar-cane fields. They had no communications with a tank squadron nearby, and incredibly, they had been sent in minus machine guns, anti-tank RCL guns, or even mortars. Neither did they have any food for the third night in succession. But Major Khan kept up their morale, preparing for what he knew would be an inevitable Pakistani counterattack.

At 8 am on September 17, the Pakistani counter-attack began and failed. At 10.30 am another attack was launched but it was again repulsed. Actually the Pakistanis were headed to re-capture Jassoran, unaware that the Garhwalis were in between. So heavy artillery fire was rained on them. It was in one of these attacks that two Pakistani tanks lurched towards the Garhwali positions. Rifleman Balwant Singh Bisht armed with an anti-tank grenade rushed out and took a pot shot at one of them, knocking out its tread. The attack ground to a halt, but a retreating tank fired at Bisht, blowing him to pieces. For his valour, Bisht was awarded the Sena Medal.

On the last light that day, September 17, it was decided to evacuate Butur Dograndi because the changed plans no longer required it for the Chawinda attack. The withdrawal began at about 4.30 pm, with the Garhwalis thinning out. Tanks deployed were used to evacuate the wounded. Even though the bulk of the battalion had been withdrawn, Maj Khan and the medical officer remained to ensure that all the wounded were evacuated. A Pakistani RCL gun fired at the last tank carrying Maj Khan and he received a direct hit. He was so grievously wounded that it was simply not possible to even put him on the tank to bring him back. Though dying, he was conscious, and insisted that the others leave him behind, and he was administered morphine by the medical officer, a standard procedure for those with mortal wounds. The medical officer felt he would not survive for even ten minutes. Major Khan was awarded a Vir Chakra. 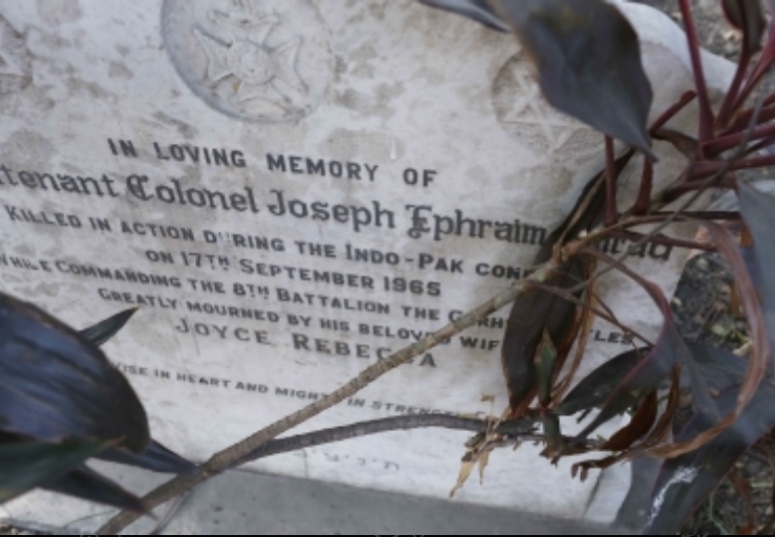 As was the norm those days, Lt Col Tarapore was cremated on the battlefield in Jassoran on September 17, and his ashes brought back. Lt Col Jhirad’s remains were retrieved from a temporary grave by his wife and brother-in-law shortly after the war and are buried now in the Jewish cemetery in New Delhi. As for Major Khan, the picture is not clear. Some said a relative of his working in Lahore managed to give his remains a proper burial. But the story is not true. As was the custom, till at least the Sri Lanka operations of 1987,  the dead were cremated or buried in the battlefield. In the case of some like Rafey Khan or Balwant Singh Bisht, you had to depend on the enemy to observe humanitarian norms and handle the bodies of your fallen soldiers with respect. Maybe it’s time we  made an effort to get back the remains of our war dead, from wherever we can.

Note: In an earlier version of this story, there was an erroneous reference in the strapline to a Sikh being among the four soldiers described in this story.