Nehru – the Professor and the Revolutionary

The Comintern’s chosen name for Nehru was ‘The Professor’, an apt description given the breadth of his historical awareness. 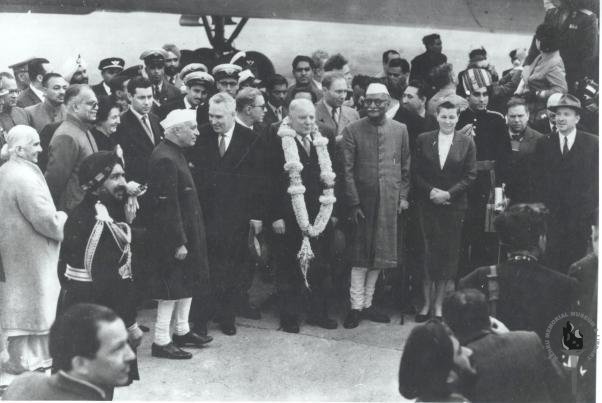 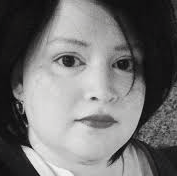 Note: This article is being republished on November 14, 2018, Jawaharlal Nehru’s birth anniversary.

The fortnight gone by marks both the centenary of the Russian Revolution of 1917 as well as Jawaharlal Nehru’s 128th birth anniversary. Revolutionary Russia and Nehru’s India both seem worlds away in present time. But what do we know of the influence this event of enormous gravity had on Nehru, both around the time it happened and in the following half of the twentieth century?

From his letters in Glimpses of World History, it is clear that Nehru saw the October Revolution of 1917 as part of a continuum including the revolutions of 1825, 1905 and, indeed, the earlier revolution of March 1917. He saw them as moments in which the nationalist urges of a people had culminated, and so these experiences collectively spoke to his own anti-colonial impulses. In the letter titled ‘The Passing Away of Tsardom in Russia’, Nehru talks of the cries for freedom in the Russian and French Revolutions as having inspired India’s own cry for freedom from British rule, Inquilab Zindabad! (‘Long live the revolution!’). These are long essays, longer than most in the book, and are clearly written by a man who was deeply aware of the momentousness of this revolution. They serve to remind Indira (his daughter, to whom these letters were written) of her own serendipitous connection to the revolution (she was born in the same month of the same year).

It was Nehru’s view of Marxism that informed his view of Russia – not the other way around. In his autobiography, he writes,

But Soviet Russia’s success or failure, vastly important as it was as a practical experiment in establishing a communist state, did not affect the soundness of the theory of communism. The Bolsheviks may blunder or even fail because of national or international reasons, and yet the communist theory may be correct.

In the early years, he was rather certain of the value of Marxist theory. Although he had not yet made up his mind about the success of a communist society, he was optimistic for the future of international Marxism per se: “Russia apart, the theory and philosophy of Marxism lightened up many a dark corner of my mind. History came to have a new meaning for me,” he wrote. Although Nehru is often indicted for his fidelity to the Marxist cause, either for having too much or too little of it, it is more useful to note that the revolution offered to him a spectacle, a picture of what the triumph of anti-imperialism might look like, a beacon to hold up in the midst of the darkness of the great war.

This is not unlike what it meant for other Indian leaders – most crucially for, as sources of Nehru’s political philosophy, Tagore and Gandhi, who celebrated the revolution. They contested its meaning and it conflicted them internally and pitted them against each other, but it influenced them, even if in Gandhi’s case it was more of an agitation against the means the revolution sought to defend and promote.

The heart of the matter here really is that it was for them an intellectual provocation, not an ideological creed. Tagore saw the revolution as a war cry against imperialism, and in the preface to his treatise Nationalism, said that Russia had “raised the seat of power for the dispossessed”.

Tagore travelled to Russia, of course, and on one occasion, his letters were collected in a pamphlet called Russiar Chithi (‘Letters from Russia’). Tagore ends one of his first letters pithily, saying, “The people whom in other countries we would call the masses, are here the only class of person.” Yet, he was deeply critical of the Russian method in later years. In an interview with Izvestia in 1930, he particularly criticised the use of terror and ended his final trip to the Soviet Union in 1930 saying that he was “doubtful about Communism as a political ideal.”

Also read: ‘We Need More Youthful Dreamers Like You’: A Letter to Jawaharlal Nehru

For Gandhi, the difference in the communist method from his own was too stark, and his anti-statist views were in direct contradiction to the communist model. He was deeply and wholly critical of the economic thrust of Soviet communism, as he saw it as the imprisonment of man’s spirit. Gandhi also found the relation between Soviet Russia and communists in other states problematic, saying of Indian communists that their taking instructions from Russia “whom they regard as their spiritual home” was difficult, and that he could not “countenance this dependence on an outside power”.

In the end, it was the question of means in politics that drove him to disassociate with any sort of socialist enterprise as he came to believe that communists “do not make any distinction between fair and foul, truth and falsehood” and were morally not sovereign, for a “free man would not engage in a secret movement”.

Although he had followed these debates quite keenly, as is evidenced by his earlier writings, Nehru’s first concrete interface with Soviet Russia stemmed from his participation in the International Congress against Colonial Oppression and Imperialism of February 1927, which is ironic as Soviet Russia did not participate in it. Yet as an invisible force, it had a strong presence, and Nehru was exposed both to the workings of international organised labour and the anti-imperialist leanings of the communists. Together with his father, Motilal Nehru, he accepted an invitation to attend the decennial celebrations to be held in Moscow later that year, travelled to Russia in November 1927 and wrote a series of articles, later published as a pamphlet titled Soviet Russia: Some Random Sketches and Impressions. 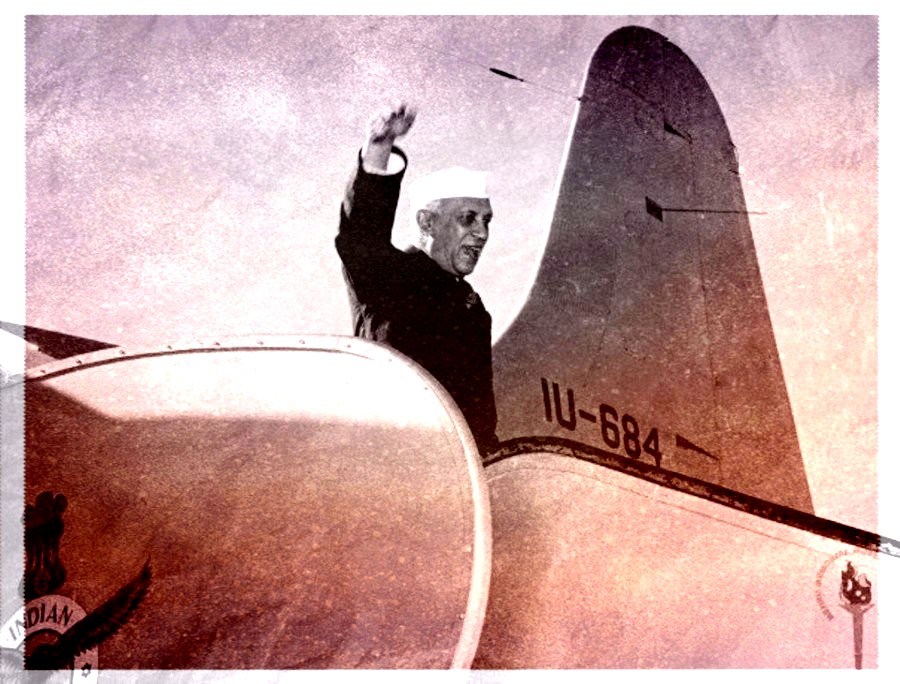 In this work, Nehru quotes from William Wordsworth’s ode to the French Revolution to say of the Russian Revolution, “Bliss was it in that dawn to be alive; But to be young was very heaven.” In Nehru’s mind, the French and the Russian Revolutions were very closely linked and, given his deeply anti-imperial feelings towards Britain, he was awake to the radically distinct upheaval underway in Russia.

In later years, he commemorated the revolution more cautiously, as if he did not want it to matter too much or for it to be read as the tradition in which Indian communists were acting – which was at odds with India’s own mostly non-violent freedom movement. In conversations with the journalist Tibor Mende, Nehru laid emphasis on Gandhi as a tremendous revolutionary force in India and spoke of Gandhi’s, and indeed India’s revolution, as conceived “in terms of continuity and not in terms of a break”.

The internal divisions within the Communist Party of the Soviet Union, particularly in light of the Congress of 1956, led Nehru to believe that Soviet Communism had somewhat imploded. As head of the Indian state, he was concerned the effects that might have on India’s stability, particularly in light of the Communist Party of India’s activities. In talks with Mikoyan, the deputy premier of the USSR on the latter’s visit to New Delhi, he brought up his concern that “communist parties in non­communist countries rather lived in the past”, which he saw as compromising a futurist vision for a newly independent India.

Thus, it is discernible in Nehru’s writings how the Russian Revolution served an intellectual purpose in its time, but when it became foregrounded by communist activity during the Cold War, it lost some of its sheen for him. In particular, Nehru’s main gripe with Cold War communism seems to have been its hubris towards history, and he often derogatorily told communists that for them, history began with 1917. His own history of the socialist movement extended well into the longer durée – those who think he was unable to distinguish between the ideals of communism and the methods of communists ought to read his thoughts on the socialist international in one long stretch from his histories of the Russo-Japanese War of 1905 to the Peace Offensive of Khrushchev’s time. The prevailing sentiment in his later writings is that of a skeptic – the unmistakable sense that it is certainly possible to stay too long at the Marxist fair. This is not to say that in hindsight he disowned the revolution but that he viewed it as an act of its time.

There is a longer story to be told of Nehru’s estranged friendship with Soviet Russia, but it is not a simple narrative in which he is either too much of a socialist or not socialist enough. He wrote then, and believed to the end, that the real significance of the Russian Revolution would manifest within democratic parties, in the way they adopted socialist principles, in the way they opposed revolutionary approaches, and how new radical forms of political methods would thus emerge.