Seventy Years After Independence, Remembering the Titans Who Got Us There

Today there is an attempt at portraying the Congress party – and its leaders during independence and Partition – in very different hues from the inclusiveness, tolerance, democracy and secularism it upheld in very trying times. 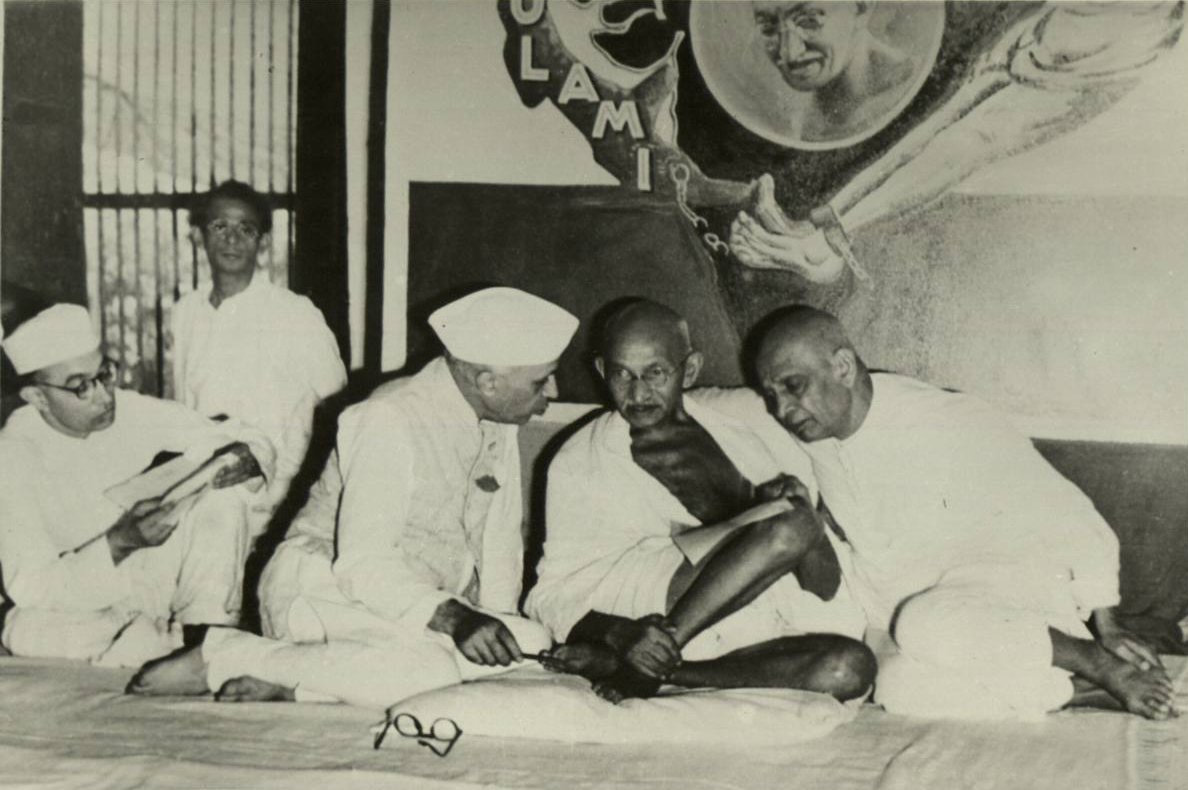 Seventy years after 1947, what does August 15 symbolise for us? Independence from colonial rule, accompanied by a tragic Partition. When India turned 50, Ashis Nandy asked why the best creative minds had maintained an “almost cultivated silence” on Partition. He was mirroring the sentiment that Partition has somehow been ignored in the concern with the legacy of freedom. Today, 70 years on, I wonder why there is a preoccupation with Partition, to the exclusion of independence. All the commemoration is around Partition. This week, in Delhi alone, there are many film festivals on Partition, the launch of a new online archive collecting stories about 1947 calling itself the 1947 Partition Archive, Gurinder Chadha’s new film is Partition: 1947; a new Partition Museum in the Town Hall in Amritsar; even this article was commissioned as one on Partition, not independence.

In recent years, there has been a lot of interest in recollections of survivors of Partition, especially women. It is as if memory is privileged over history. And the memory is of violence, of a genocidal violence, reminiscent of the Holocaust. The Holocaust is taken as a reference point to understand violence. However, when we look more closely into Partition violence, we find the model of the Holocaust wanting. There were no clear cut perpetrators and no identifiable victims, as in the case of the Holocaust. Hindus were both perpetrators and victims, depending on where they were in a majority or minority. The Partition violence is more akin to the violence in Rwanda in recent times. Maybe the concept of ‘popular genocide’ developed by Mahmood Mamdani for Rwanda could be used to understand the Partition.

In the present preoccupation with Partition, we often forget its twin – independence. The two reflected respectively the failure and success of the national movement. The nearly century-long effort by the Indian national movement to bring together various social groups and communities, including Muslims, was successfully thwarted in the last decade of colonial rule. In the absence of state power in its favour, the Congress ideological struggle against communalism could not contain the colonial state-sponsored communal onslaught. In a context of a virtual civil war promoted between Hindus and Muslims, Congress accepted Partition but did not accept the two-nation theory. It strove in extremely difficult conditions to establish a secular state in the midst of rising communal passions and demands for setting up a Hindu state. The double tragedy was that Partition became a reality and Mahatma Gandhi was assassinated by a Hindu communalist, angered that Gandhi was allegedly appeasing Muslims. The Congress success was the birth of a secular India, and not a Hindu India, as the counterpart to a Muslim Pakistan.

Today there is an attempt at portraying the Congress party in very different hues from the inclusiveness, tolerance, democracy and secularism it upheld in very trying times. Those of us who speak of the legacy of secularism of the freedom struggle are castigated as endorsing the rhetoric of the state. The politics of the Congress is termed as neither secular during the independence struggle nor after. It is contended that the communal and caste Hindu orientation of the party and state, evident during the freedom struggle, was exacerbated after independence. Congress is denigrated as a Hindu party, and Partition attributed to its intransigence, its refusal to accept the Muslim League as the pre-eminent representative of the Muslims.

In the critique of the alleged Hindu Congress, Gandhi is the whipping boy. He is seen as the main person who infused the Congress with a Hindu ethos. His declaration that swaraj would be like Ramrajya, and his use of religious imagery to connect to the masses attracted flak by the Muslim League which pilloried the first Congress ministries in the provinces in 1937-39 as Hindu Raj. This characterisation is untenable. Ramrajya was used as a popularly-understood shorthand for Utopia, and Gandhi repeatedly clarified that by Ramrajya he meant a just rule that had no religious implications. However, in a complete reversal of position, the very man who was charged with Hinduising the party is lauded for his acumen in calling for its dissolution, shortly before he was assassinated. People from opposite ends of the ideological spectrum, from scholars like Perry Anderson to the president of the ruling party who described Gandhi as a chatur baniya, appear to praise him for prophesying the demise of the Congress. As I write this on August 13, there is a newspaper report on the BJP president’s speech in Bengaluru reiterating his view that the Congress was a special purpose vehicle designed to achieve independence and should have been dissolved when this aim was realised. 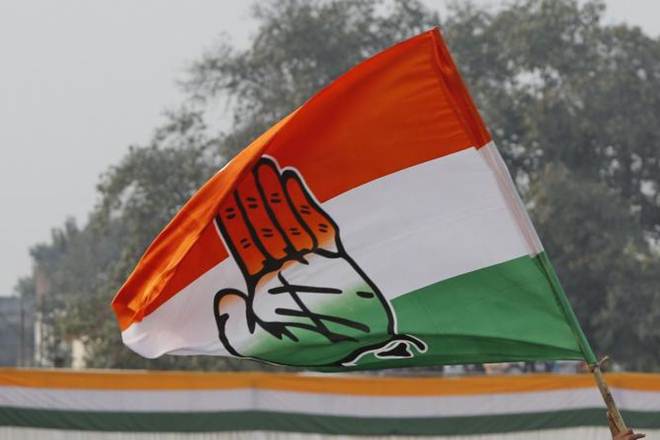 It is a carefully-constructed myth that Gandhi wanted to dissolve the Congress. Credit: PTI

This is a carefully constructed myth at variance with the facts. In a note dated January 27, 1948, three days before he was assassinated, Gandhi wrote that Congress had “outlived its use” in its present form, should be disbanded and “flower into a Lok Sevak Sangh”. This appeared as an article in Harijan titled ‘His Last Will and Testament’, a phrase added by the editors. This title and its posthumous publication endowed Gandhi’s note with a significance greater than he intended. What Gandhi had penned was a draft constitution, to make the party a fit instrument for the new situation, not a “last will and testament”. Also, the so-called “last will and testament” should be read along with another statement by Gandhi also carried in the Harijan the same day: “Indian National Congress which is the oldest national political organization and which has after many battles fought her non-violent way to freedom cannot be allowed to die. It can only die with the nation (emphasis added).”

The disillusionment and dissolution thesis fitted in with the popular mythology, interestingly spread even by some Gandhians, about Gandhi standing apart from the Congress and its leaders in his last years. The reality was that Gandhi was always consulted on important matters, with Congress leaders travelling to remote Noakhali, which he had made his temporary abode.

Moving to the other leaders of the allegedly Hindu Congress, the stances of Congress leaders in the days before and after independence are misrepresented. Jawaharlal Nehru is depicted as the villain who destroyed the prospects of unity held out by the Cabinet Mission Plan in 1946. He is portrayed as being callous towards the Muslim victims of the Garhmukteshwar riots in 1946. This notwithstanding the fact that he defended the rights of Muslims, for which he faced threats to his life. Patel was charged with demanding that Muslims be loyal to the state. Again, this is a partial reading. Patel ruled out India being a Hindu state when vociferous demands were made, on the basis that Pakistan would be a theocratic state. He put 25,000 RSS activists in jail after Gandhi’s murder, which Nehru had described as part of an elaborate plan to set up a Hindu state.

A charge made against Nehru was that his government rebuilt the Somnath temple and allowed Hindu idols to be set up in what was then a mosque in Ayodhya. Apropos the allegation that the government allowed the idols to be set up at Ayodhya in December 1949, the facts are that Prime Minister Nehru and home minister Patel were sharply critical of the actions of the district magistrate who had allowed it. Similarly, in a letter to the chief ministers dated May 2, 1951, Nehru states categorically:

“You must have read about the coming ceremonies at Somnath temple. Many people have been attracted to this and some of my colleagues are even associated with it in their individual capacities. But it should be clearly understood that this function is not governmental and the Government of India as such has nothing to do with it. ….we have to remember that we must not do anything which comes in the way of our State being secular. That is the basis of our Constitution…. There, are, unfortunately, many communal tendencies at work in India today and we have to be on our guard against them. It is important that Governments should keep the secular and non-communal ideal always before them.”

To conclude, social media is full of political vilification of the Congress and its leaders, especially Nehru, and the contribution of Nehru is erased from school textbooks lest the younger generation learn something about this great statesman. An intellectual critique of nationalism and secularism is mounted with the political invective against Nehru and the Congress. There seems to be a concerted drive to undermine the principles the founding fathers of our constitution upheld. The wider implications of this are the erosion of the vision of pluralism that has been the bedrock of our society and polity.

Sucheta Mahajan is a professor at the Centre for Historical Studies, Jawaharlal Nehru University.