How British Orientalists Were Responsible for Rediscovering Indian History

British efforts led to the discovery of many heritage sites, including the Sanchi stupas and Ajanta caves, and deciphering of the Brahmi script thus enabling the reconstruction of a good chunk of our history

Southern gateway of Stupa I at Sanchi. Credit: Anandajoti Bhikkhu/Wikimedia Commons CC BY 2.0

For a generation brought up on Edward Said’s criticisms it may come as a surprise that it was British Orientalists who re-discovered our artistic heritage and made it accessible to us all.  The so-called “colonial gaze”, which Said’s followers dismiss as colonial appropriation, took the form of many wonderful paintings and engravings by visiting British artists, such as Thomas Daniell and William Hodge, long before Britain acquired any imperial ambitions in India. 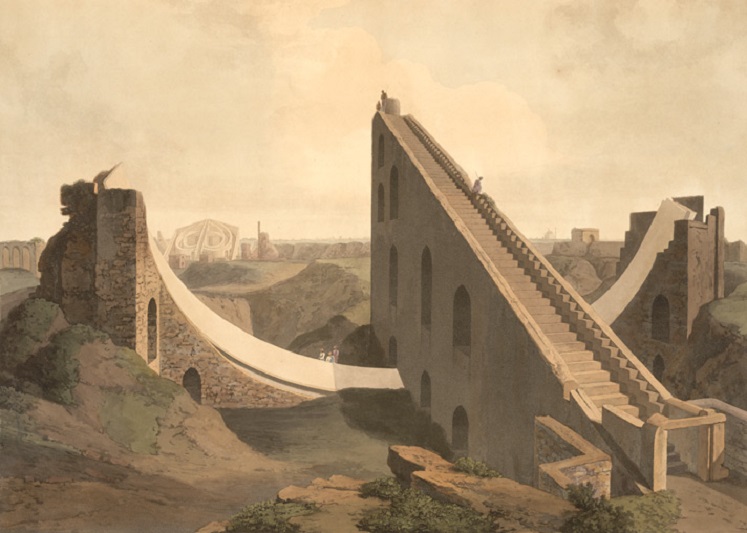 And then there was Sir William Jones, the brilliant polymath who contributed more than any other individual to India’s national cultural renaissance. Alongside his day job as a judge in Calcutta, Jones studied and mastered Sanskrit, rescued it from a narrow Brahmin monopoly, translated its classics and used the language to unlock the glories of our long forgotten Hindu and Buddhist past.

Unlike ancient Greece and Rome, India’s classical past had left behind no written histories, so it had to be reconstructed from lost pavilions and buried treasure. In 1784, with the active patronage of the first British Governor-General, Warren Hastings, Jones founded the Asiatic Society to take on this giant task.   It became the beacon for a huge volunteer army of enthusiastic British civil and military officers who scoured the mofussil for ruins and artefacts and wrote learned articles about them.

When Jones returned to England a decade later, his health shattered by overwork, the Asiatic was taken over by James Prinsep, another polymath, whose day job was at the East India Company’s Benares mint.  Prinsep’s labours produced the biggest breakthrough in Indian historiography, the deciphering of the long-forgotten Brahmi script and through it the discovery of the Mauryan empire that had united the subcontinent in the 3rd century BC.

The task began with the enormous, polished granite pillars, the heaviest weighing as much as 40 tons, that had been popping up all over northern India, inscribed with what looked like pin-men.  Prinsep spent many years painstakingly transcribing hundreds of coin inscriptions and then collating them with those on the pillars before he finally broke the code of the Brahmi script and deciphered the pin-men as the edicts of the Mauryan Emperor Ashoka. 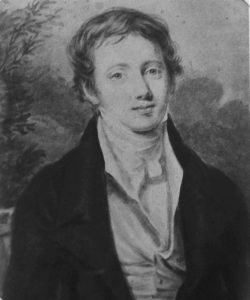 Prinsep presented his discoveries in a paper to the Asiatic, then suffered a physical and mental breakdown and had to be shipped home to England, where he died soon after. Ashoka’s edicts had announced the emperor’s conversion to Buddhism; but little was yet known about this obscure religion or the man who had founded it.

The discovery of the Buddha’s Indian connections was again the work of dedicated British explorers. In the late 1790s, a British naturalist, who had heard reports in Burma that the Buddha was a Bihari, tracked down the Bodh Gaya Buddhist ruins.

In the following decades, the Buddha’s Indian roots were confirmed by the excavation of a series of mysterious, dome-like stupas.  First came the discovery in 1819 of Sanchi by a British army officer. Sanchi had long lain buried in forests, thus escaping destruction by either the Brahmanical Hindu revival that wiped out Indian Buddhism or by the Muslim invasions that shattered so many temples. The stupas became the focus for further excavations by the man regarded as the father of Indian archaeology, Lieutenant Alexander Cunningham of the Royal Engineers.

In 1834, Cunningham used his engineering skills to drill deep down into the main stupa at Sanchi, where he discovered evidence that Buddhism had been widespread for several centuries from the Mauryan period down to the Gupta empire.  He went on to excavate a large collection of Buddhist sculptures at Sarnath, the best of which he shipped off to Calcutta. On a later visit, Cunningham was dismayed to find that the sculptures he had left behind were being used to dam a nearby river. It was typical of the constant battle British Orientalists fought to rescue their finds from the Indian habit of using old stones for new build. Forty years later, when Cunningham discovered the Indus Valley ruins at Harappa, he found bricks from the site being used to lay a railway line.

After retiring from the army as a general, Cunningham spent the rest of his long life leading the newly established Archaeological Survey of India, which still administers our artistic heritage. His last major discovery was the Bharhut stupa, full of Mauryan Buddhist treasures which he sent off to Calcutta Museum, to be restored by the enthusiastic antiquarian Viceroy, Lord Curzon. 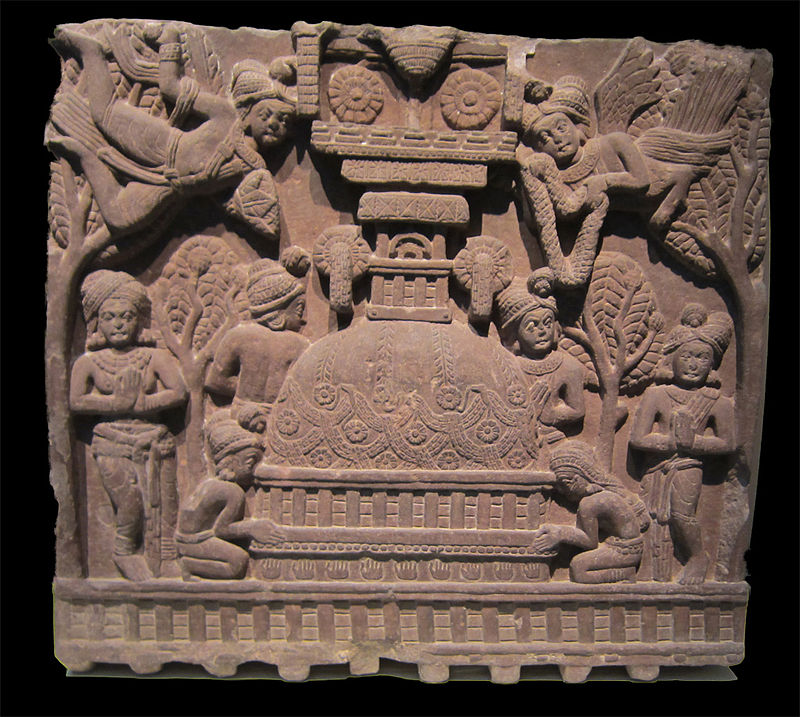 Worship at a stupa, found in the Bharhut stupa. Credit: Douglas Galbi/Wikimedia Commons CC BY 3.0

Cunningham was struck by the fact that the large crowds of locals who watched his excavation at Bharhut were deeply disappointed that he unearthed no buried treasure. He grumbled in his diary, “… few natives of India have any belief in disinterested excavations for the discovery of ancient buildings…. ” As at Sarnath, when he returned three years later, every remaining stone of the Bharhut stupa had been removed by locals to build their homes.

Indian neglect for antiquity also extended to more recent monuments.  British visitors to the later Mughals at the Red Fort were appalled to find both the Diwan-e-Am and Diwan-e–Khas turned into slums, their semi-precious, inlaid stones stolen from their marble friezes. Aurangzeb’s Moti Masjid in the Red Fort, already dilapidated with foliage growing through it in the early 1800s, was restored by the British, as was Humayun’s tomb and the Jama Masjid.  The Taj Mahal was the Mughal monument most beloved of the British, who repaired it from the 1780s onwards.

Cunningham’s Buddhist excavations coincided with British discoveries of important Hindu temple ruins, ranging from Mahabalipuram in the south to the Elephanta and Kanheri caves near Mumbai and Khajuraho, with its then shocking eroticism, in Madhya Pradesh. The most influential discovery was Ajanta, with its wonderful frescoes dating back to the 1st century BC.

It was a young British cavalry officer who stumbled on Ajanta during a hunting expedition.  He braved fierce tigers and even fiercer Bhil tribals, then the main occupants, to explore the caves. In 1836, the Asiatic Society published his report on Ajanta’s classical wonders, and it provoked much debate as to whether the frescoes were Hindu or Buddhist and why sites like this had been abandoned in such remote places.

As the frescoes were deteriorating, it was decided to copy as well as conserve them.  A Major Robert Gill, an artistic soldier, arrived at Ajanta and spent the next 27 years copying the paintings. His entire collection was shipped off to be exhibited in London, but tragically destroyed in the Crystal Palace fire of 1866.  Gill heroically returned to Ajanta and started all over again, but died a year later. His work was continued for the next 13 years by John Griffiths of Bombay’s JJ School of Art. The results were displayed at the Victoria and Albert Museum in London and, in an extraordinary run of bad luck, again destroyed by fire.  But luckily this time they had been photographed and could be published. The frescoes went viral in London, with photos in various magazines and even an Ajanta-style ballet at Covent Garden performed by the great Russian ballerina, Anna Pavlova. 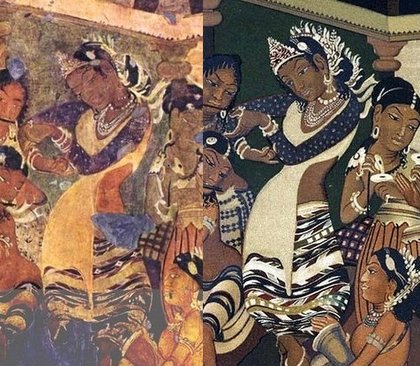 An original painting of a dancing girl at Ajanta and its copy by Robert Gill. Credit: Wikimedia Commons

Ajanta encouraged the pioneering of a new approach to Indian art, giving it equal status with its Western counterparts. This was the life’s work of the art historian Ernest Havell, who came to India in 1890 as principal of the Madras School of Art and left 20 years later as head of the Calcutta School of Art. He celebrated the Indian aesthetic as being conceptual, rather than representational, its images stylised, not naturalistic as in Greco-Roman art, its emphasis on anonymous spirituality, rather than the individuality of its subject or the identity of the artist.

In 1910, at a stormy meeting of the Royal Society of Art in London, Havell clashed with his opponents, who maintained that India only excelled at decorative rather than fine art. Havell emphasised the continuity from ancient Ajanta down to recent Mughal miniatures of a distinctively Indian aesthetic, crediting the Indian artist with the ability ‘to see with the mind, not merely with the eye, to bring out an essential quality…” and to produce high art equal to anything in the West.

In recent times, the artistic discoveries of the Raj have raised questions of cultural ownership.  The Indian equivalent of the Elgin Marbles demanded by Greece are the so-called Elliot marbles, also housed in the British Museum in London.  The “marbles” are in fact pale limestone friezes from the Mauryan stupa at Amaravati in Andhra, intricately carved with scenes from the life of the Buddha.  It was a Scottish revenue official, Sir Walter Elliot, who excavated the site in the 1840s and carted off some of the finest sculptures to the Madras Museum, whence some later found their way to the British Museum. Elliot’s career was typical of many Orientalists. While serving for 40 years as a civil servant in Madras, he was also a linguist, naturalist, ethnologist and numismatist and wrote learned books on everything from cobras and exotic birds to rare coins.

Today Elliot’s Marbles are displayed in a climate-controlled gallery specially created for them at the British Museum, as part of a global centre for the study of Buddhism. A demand for their return by the Archaeological Survey of India was politely declined in 2010. It’s hard to imagine that they would really be better appreciated or conserved in the land of their birth. The stupa at Amaravati is sadly neglected, while the Madras Museum’s collection of its sculptures is one of its least visited rooms. The cultural treasures the British took home with them are only a tiny fraction of what they salvaged, protected and left behind for us.

Zareer Masani is a historian, author and broadcaster