He earned for himself the distinction of being accepted by academics and policy makers as a reliable expert on Russia and the East European countries. 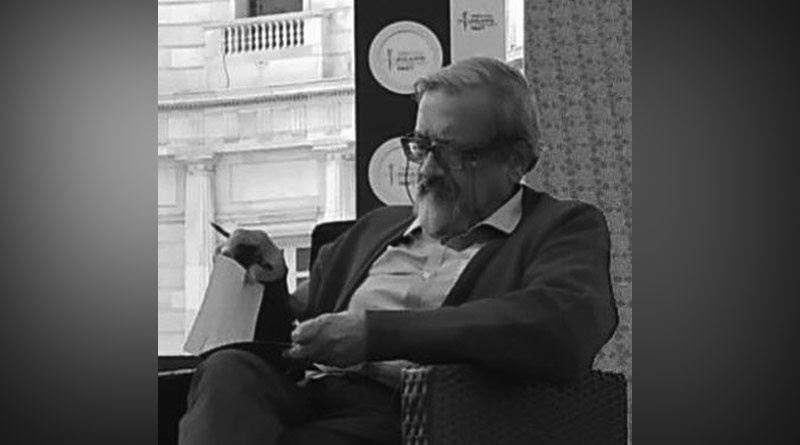 It was only late last night when the hospital sent me a short report on Hari Vasudevan’s precarious condition that I realised he had a middle name as well, Sankar. Caught between a more placid Vishnu and a temperamental Shiva, Hari must have opted quite early for the tranquil deity, for everything about him was so unflappably cool, soothing and gentle.

Hari did his Tripos at Christ’s College, Cambridge and then earned his Master’s and Doctoral degrees from the same university. Along with history, his years in Cambridge ensured he spoke the real English. No airs, no acquired accent, just a gentle insistence on speaking the language as it should be spoken. Our good-humoured mimicry had absolutely no effect on him and he continued to give his students the additional advantage of being trained, rather inadvertently, in correct spoken English, at no extra charge. His marriage to Tapati Guha Thakurta, his outstanding student, five years younger, incidentally, followed a rather hallowed tradition in his discipline where Presidency and Calcutta universities were concerned.

Hari Vasudevan earned for himself the distinction of being accepted by academics and policy makers as a reliable expert on Russia and the East European countries. After the collapse of the Soviet Union, he utilised his specialisation to also focus on the Central Asian republics that had broken off, as a new fertile area of research had opened up. He extended his beat further to East and Southeast Asia as well. Central ministries dipped into his knowledge of these territories quite freely and frequently, and I remember how more than one professional diplomat told me in confidence about his remarkable grasp. I stand accused of similar unpaid exploitation of Hari Vasudevan’s expertise, when I was secretary of the ministry of culture. But he did not mind as it was for a national cause and there was always the India International Centre where such debts could be sorted out. Except for a three-year stint as professor of Central Asian Studies in Jamia Milia Islamia, between 2003 and 2005, Hari spent almost his entire academic career in Kolkata, right from 1978. He taught for decades at Calcutta University where he was certainly one of the most popular teachers. Hari will always be remembered by several generations of students and scholars as a very accessible and warm person.

In Kolkata, he served and excelled as director of the Maulana Abul Kalam Azad Institute of Asian Studies, an autonomous centre of the Union culture ministry, between 2007 and 2011. In fact, the-then prime minster, who was also in charge of this ministry at the time, expressed his unequivocal satisfaction when he came to Kolkata in 2010 to formally inaugurate the new campus of this institute.

In 2005, Hari was invited by the Union human resources development ministry to chair the textbook development committee for the social sciences of the National Centre for Educational Research and Training (NCERT). This meant skating on thin ice. While he worked with a large team and consulted widely to produce a set of textbooks that were applauded by teachers and students, he was incensed when changes were made later without his knowledge. First, some cartoons removed by busybodies during the UPA regime. Worse was to follow, however, when the NDA arrived and went on merrily distorting history with their saffron hues. As an honest academic, Hari was not one to put up with this.

Hari ended his teaching career at Calcutta University, as UGC Emeritus Professor of history. Needless to mention, he worked and taught for short spells at several universities and academies abroad — from Cornell to Uppsala, and many others. He was chairman of the Board of the Institute for Development Studies, Kolkata, and a distinguished fellow at the Observer Research Foundation in Delhi, till his untimely death due to COVID-19.

Hari doted on his daughter Mrinalini, and was a devoted husband to Tapati, an internationally-acknowledged professor of art history. Both are in a state of shock at how this lively, humorous man could just disappear forever in four short days. The coronavirus does not even give a chance to say goodbye. His countless friends and wellwishers will surely miss him for years to come. Hari Vasudevan was among the last few upholders of a dying legacy at Calcutta University, to enrich the faculty with teachers from ‘outside the state’. How he managed to thrive for a full four decades in the present, increasingly-parochial era remains a wonder. But he did so with élan, holding his own among rather argumentative Bengalis spluttering loudly in Bangla, while Hari kept talking in his soft, proper English, laced with his very sweet, accented Bengali.

Jawhar Sircar is a former IAS officer who was secretary, Ministry of Culture, Government of India