Gokhale being too rational and far-sighted did not arouse those deep, compelling, and divisive passions essential to mobilise people and to keep narrow versions of nationalism alive. 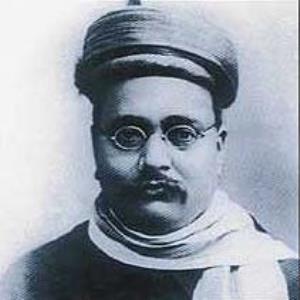 Commemoration is an appropriate moment to relate the past to the present and to reinterpret history. This article remembers the long-forgotten Gopal Krishna Gokhale (1866-1915) on his 150th birth anniversary. In the current Indian political debate where Bal Gangadhar Tilak, Bhagat Singh, Jawaharlal Nehru, Mahatma Gandhi and B. R. Ambedkar are all competing for the status of makers of modern India, perhaps it would be necessary to sit back and look at what Gokhale – whom Mahatma Gandhi himself called his political guru – had to say.

At first sight, it is very tempting to say that Gokhale’s ideas would not have any audience today and that, after all, Gokhale had simply internalised the hegemonic thinking promoted by the British as a justification for their imperialism, that is liberalism. In fact, Gokhale quoted Edmund Burke and John Stuart Mill; he believed that any activity had to be limited to the constitutional realm and that each step on the path of self-government, however small, was significant; he was wary of any ideology that mobilised the masses. So, it is quite easy to be convinced that the soft-spoken moderate leader was detached from the people’s issues and that he was no less elitist than the British colonisers.

Nevertheless, such impression is misleading. If it is true that Gokhale can be qualified a moderate for his commitment to constitutional methods, it should not be forgotten that he supported social and economic reform much more decidedly than other leaders who are even today saluted as national heroes. For this purpose, a glimpse to Gokhale’s idea of the nation can be useful to show that Indian liberalism, as the eminent historian Chris Bayly clearly illustrated, was broader in scope than certain bold nationalism which was louder in attacking the British Raj.

Gokhale’s idea of a nation

The idea of the nation articulated by Gokhale was predicated on the concept that, from being a geographical unity well-delimited by the Indian Ocean and the Himalayan mountains, India had become a political unity, thanks to the administrative unification under the British rule. All the inhabitants of this space, all those people that have “come to make their home here [and] have brought their own treasure into the common stock” were Indians. Thus, Gokhale’s imagined nation was political, territorial and cultural, but it was the voluntaristic element – that is the individual consciousness of being part of a given nationality – the most powerful sentiment that made the nation capable of constituting itself and finally becoming independent. In other words, belonging to the same culture was not enough: in order to achieve national unity, what was crucial was the political will to participate to the well-being of the nation, to contribute to its progress and amelioration. So, the nation existed in the future, and not in a golden past.

It is imperative to emphasise that the future common project Gokhale envisioned for India was not only predicated on the fight against British imperialism, but also, and even more importantly, on social equality, without which neither progress – moral and material – nor freedom could be achieved. Then, the deep divisions and disabilities based on gender, caste and religion that characterised Indian social structure had to be overcome, or else conflict and uncertainty would prevail over peace and prosperity. So, for example, Gokhale perceived the appallingly inhuman treatment of low castes by higher castes as worse than the treatment reserved by the British to their Indian subjects, both in India and in the white colonies. What is more, Gokhale held that the need of education for women was even more urgent due to the fact that religious beliefs affected more women than men. Therefore, from being the doctrine which justified the British rule in India, liberalism was mutated into an instrument of dissent and resilience against that same rule and, significantly enough, against those ideologies that, in the name of social order and cultural authenticity, did not recognise any liberty to the single individuals, much less to women, the economically unprivileged and untouchables. In this sense, far from being a conservative system of thinking, such liberalism became a radical tool to defy the colonial order at the same time and to catalyse social transformation against the internal evils of the Indian society.

The establishment of the Servants of India Society in 1905 was the embodiment of Gokhale’s ideals and principles for the nation in the making: it was an effort to shift from the high political level to the grassroots level with his national project.

It goes without saying that Gokhale’s political idea of the nation did not consider the Indian nation as timeless given, a cultural fact. Antithetical to this vision was the cultural nationalist ideology which gave priority to the cultural commonality and did not attribute any relevance to the individual will to be part of the nation, since the latter existed a priori and could not be disputed. According to this romantic cultural nationalism, promoted by the leader of the Extremists, Tilak, and later on systematised by Savarkar, the only authentic Indian culture of the subcontinent was the Hindu one. Unfortunately, since Hindu culture, described as ancient, pure and characterised by permanent traits, was presented as the sole binding factor of the nation, the most logical consequence was an attitude of resistance against influences coming from other cultures. In a reality as diverse as India, such a vision of the nation could not but lead, besides to the obvious rejection of everything British, to the exclusion of the Muslim minority, regarded as one of the historical agents that had greatly contributed to the contamination and decline of the glorious (very often invented) Hindu past. Therefore, in this outlook, the nation became object of a sentimental and irrational adoration, since it embodied the essence of the civilisation of the Indian people. The main consequence of the revaluation and glorification of Hindu traditions was that Hindu values became ‘national’ values.

All this considered, it should not sound surprising that Tilak defined the liberal nationalism à la Gokhale ‘un-national’: according to him it was preposterous that different religious nationalities could be brought under the same polity and, in his opinion, the individual’s rights had to be surrendered to communities. Gokhale’s liberal ideology, supporting all-round liberties for the individual and advocating a juster society free from religious and caste prejudices, was attacked time and again by the extremists, because it jeopardised the ‘national’ identity in name of an ‘alien modernity’ (even though both the monolithic Hindu identity and the romantic concept of cultural nationhood were equally by-products of the same modernity). Yet, unluckily, taking up the cudgels against Gokhale and his reformist ideas implied, more or less directly, the persistence of dehumanising master-servant relationships continued and then the rejection of the chance of building a society fit for all Indians.

All in all, there were different and conflicting strands within the anti-colonial movement and, in contrast with what some historians maintain, some were religious, community-based and discriminatory. Patterns of inclusion or exclusion, democratic or undemocratic principles, equality or disability are to be found in Indian nationalism from its beginning: since late nineteenth century, intolerant and exclusionary ideas of the nation were organic in Indian political discourse as much as liberal ideas of the nation. The debate on the Education Bill, drafted by Gokhale and presented in front of the Imperial Legislative Council in 1911, is very telling of the contrasting social visions that characterised the national movement. In Gokhale’s view, universal, secular, free, and compulsory education was ‘the question of the questions’, because upon it depended the well-being of thousands of children, the increased efficiency of the individual, the higher general level of intelligence, the stiffening of the moral backbone of large sections of the community.

Though Gokhale eventually moderated the contents of his proposal for fear that it could be a source of division among the anti-colonial movement, the Education Bill met a great deal of opposition by many Indian leaders. Some criticised the bill because the kind of education it promoted was not based on religious identity and so it was not ‘national’; others fretted about the shortage of child labour, some others commented that children of poor classes and lower castes could become gentlemen. All these demanded a national education different from the one proposed by Gokhale, because the nation they envisioned was different: something which shows very clearly that anyone who was fighting against injustice by foreigners was not necessary fighting against injustice by Indians towards Indians.

The weakness of Gokhale’s idea of a nation

To conclude, then, we can say that even though there is no idea of the nation intrinsically more legitimate or authentic than another, it is still true that these ideas can and must be judged by considering their social consequences in terms of peace, democracy and inclusion. The fact that leaders of the weakest sections of the Indian society such as Mohammad Ali Jinnah and Ambedkar, valued Gokhale’s socio-political vision explains that this vision accommodated the needs of the different Indian communities and included them on a level of equality into the nation. But then, why is Gokhale not one of the revered deities of the national movement pantheon? We can tentatively try to answer by arguing that the nation envisioned by Gokhale was predicated on an idea, rather than on external symbols. And exactly this was its weakness: being too rational and far-sighted, it did not arouse those deep, compelling, and divisive passions which are essential to mobilise people and to keep narrow versions of nationalism alive.

For this very reason, ideas similar to the ones embraced by Gokhale are at a low ebb in today’s India: obviously they are neither instrumental in promoting the nationalist agenda of the BJP-RSS combine, nor useful for captivating any vote-bank. Not only that. These rational, inclusive ideas are even stigmatised as ‘anti-national’ because they are threatening the ‘traditional’ Hindu ethos. Nevertheless, going by what happened to Narendra Dabholkar, Govind Pansare, and M. M. Kalburgi, and more recently to the students at JNU; however paradoxical it might sound, the less ‘national’ India is, the better it is going to be for the overall stability and welfare of the nation.

Maybe, we would not go far wrong if we said that Gokhale in contemporary India would be a rather disillusioned man.

Elena Valdameri is a PhD in Historical Studies from the University of Milan. Currently based in Delhi, she is writing a book on the foundations of Gopal Krishna Gokhale’s nationalism.