Philipsborn arrived in India just before the Nazis came to power in Germany. Known as 'Jamia’s Woman Number One', she served the university with unparallel dedication. 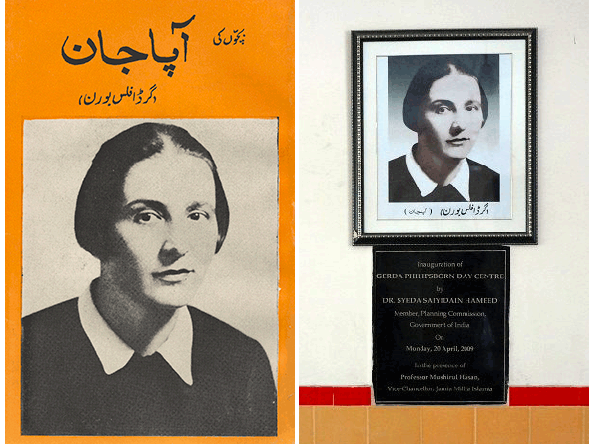 The Jamia Millia Islamia we see today is the result of relentless and selfless efforts by several individuals, especially those who were associated with the university in its early years. In the initial years, Jamia was more of a movement than just an educational institution. No wonder, Jawaharlal Nehru once described it as “the lusty child of Gandhian non-cooperation movement”. The university was one of several educational institutions established in response to the call of non-cooperation by Mahatma Gandhi on October 29, 1920.

In its fledgling years, Muslim nationalist leaders like Maulana Mahmud Hasan, Maulana Muhammad Ali Jauhar, Hakim Ajmal Khan, Dr Mukhtar Ahmad Ansari, Abdul Majeed Khwaja and Zakir Hussain, Mohammad Mujeeb and several others contributed to its sustenance, growth and development. Apart from these known makers of Jamia, there was one more person who contributed immensely to the making of Jamia. Her name was Gerda Philipsborn, a German Jew.

Writing about Philipsborn’s dedication to Jamia, her friend Anita Kashyap in an obituary published in Jewish Advocate (Bombay, May 1943) wrote:

“It is impossible to describe the complete self-disregard with which she devoted herself to the cause of the school [Jamia]. Again one must hope that somebody will describe her life in Delhi for… years. How she always travelled 3rd class the length and breadth of India to collect money for the school. How for weeks she nursed a typhoid child in her own bedroom. How in all these years she never left the sweltering heat of the plains during summer and refused to go to the hills because even in the holidays there was always urgent work for her to do. How when the first signs of her illness appeared in the year before the war, she refused to go to Europe because she just could not leave the school. And how she was always ready to help others, never thinking of herself.”

Philipsborn was affectionately referred to as aapa jaan (elder or dear sister) by everyone in Jamia. She had joined Jamia on January 1, 1933 and served the institute until the last day of her life, April 14, 1943. She died young at the age of 47 years and her body was buried in the Jamia qabristan (graveyard). It was her wish to be buried there, among her Muslim colleagues and comrades. According to Syeda Hameed, she was also called Khatoon e Awwal, ‘Jamia’s Woman Number One’. 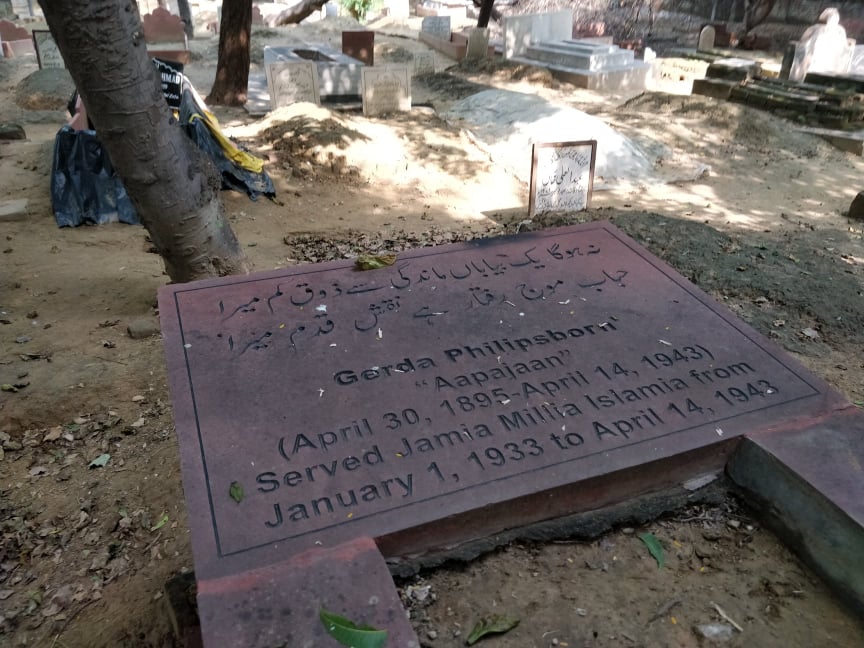 She escaped her home country, Germany, only a few months before the Nazis came to power and Adolf Hitler became the chancellor. She arrived in Bombay on December 21, 1932, where her friend and then vice-chancellor of Jamia, Zakir Husain, received her. From there, they travelled to Delhi. Upon her arrival, she was officially appointed as a staff member of Jamia on January 1, 1933.

“Almost [on] the [first] day she arrived she took charge of the small children. From looking after their personal hygiene, their aesthetics, their learning, she was their mother and warden. Many incidents of her devotion to her wards are anecdotally recounted,” writes Hameed in her piece on Jamia’s ‘first women‘. As per accounts of two retired staff members of Jamia, Obaidul Haq and Shoebur Rehman, she loved children and spent all her time keeping them neat and clean, even sewing and mending their clothes.

By all accounts, she helped the young students in improving their lives in every way. She introduced periodic health check-ups for all children and organised new extra-curricular activities including theatre, and arts and crafts. Dedicating his book Talimi Khutbaat (Addresses on Education) to aapa jaan, Zakir Husain, wrote on March 11, 1943, “With your love and dedication, you have created a place in the hearts of entire Jamia, the extent of which you may not realise yourself.” In 1942, she had signed the pledge of Hayati Rukn (the Life Member of Jamia), taken only by its most dedicated members, to serve Jamia for a meagre salary of not more than Rs 150 per month.

Professor Mohammed Mujeeb, who was the longest-serving vice chancellor of the university, in his piece on Gerda Philipsborn published in the Risala e Jamia (Golden Jubilee Number, November 1970) wrote:

“The poor and dilapidated condition of the Jamia increased her interest rather than discouraged her… The service of the Jamia was the last mission of her life and she stuck so firmly to it that no one could separate her from it.”

He went on to record that very few of Jamia’s dedicated servants could match her status and commitment. 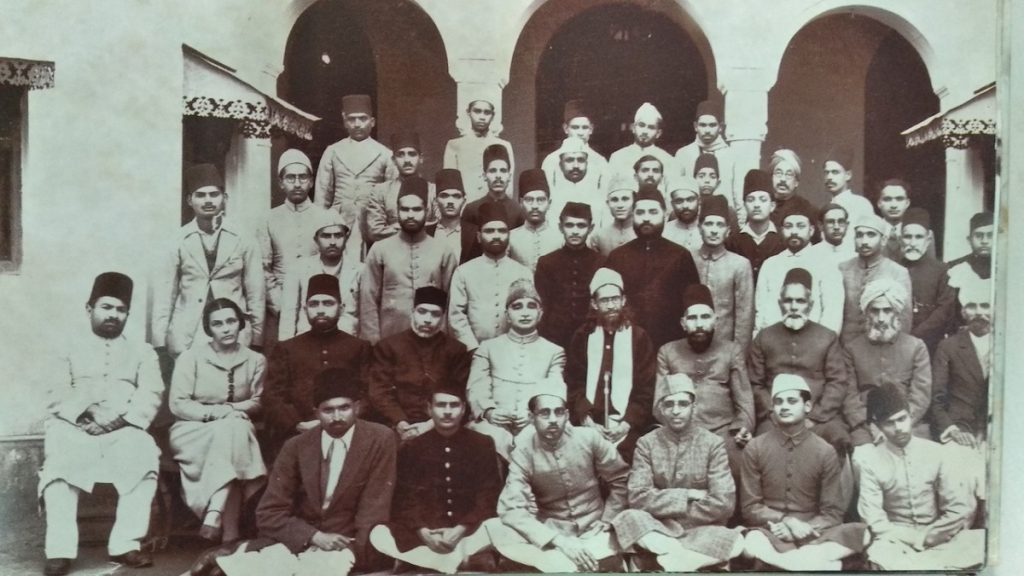 Both Zakir Husain and Mohammed Mujeeb had met aapa jaan in Germany while they were students there. It is worth mentioning here that the makers of Jamia had both personal and institutional connections with the German intelligentsia. According to Razak Khan, a researcher at Göttingen University, the first generation of Jamia such as Zakir Husain, Syed Abid Husain and Muhammed Mujeeb had left colonial and British universities and moved to study in German educational institutions in Berlin and Leipzig in fields ranging from economics, philosophy, education and printing.

“They formed personal and institutional connections with renowned German professors like Werner Sombart and Eduard Spranger as well as with influential educationist and social figures like Alfred Ehrenreich and the German-Jewish educationist Gerda Philipsborn in Berlin. Not just the theory and practice of education but also the architecture of Jamia Millia Islamia school and faculty of education was designed by another German speaking Austrian architect Karl Malte von Heinz (1904-1971), cementing Jamia-German connections,” writes Khan in an upcoming book co-edited by this author on the history and legacy of Jamia. He further notes that the interest in engaging with German knowledge was not just anti-colonial; it also strived for decolonising and creating a progressive vision of education.

Seventy-eight years after her untimely death, she has not been forgotten by the members of Jamia and its administration. At least two facilities in Jamia are named after her – Gerda Philipsborn Day Care Centre and Gerda Philipsborn Hostel. She might be lesser known today but the fact of the matter is her contribution can hardly be forgotten and as long as the university exists, aapa jaan will stay alive because she is at the heart of everything Jamia stands for.