Review: Enrico Fermi, the Quiet 'Pope' in a Collapsing World

The Pope of Physics, by Bettina Hoerlin and Gino Segrè, is an informative biography of Fermi that also manages to deepen the sense of quiet mystery surrounding the legendary physicist. 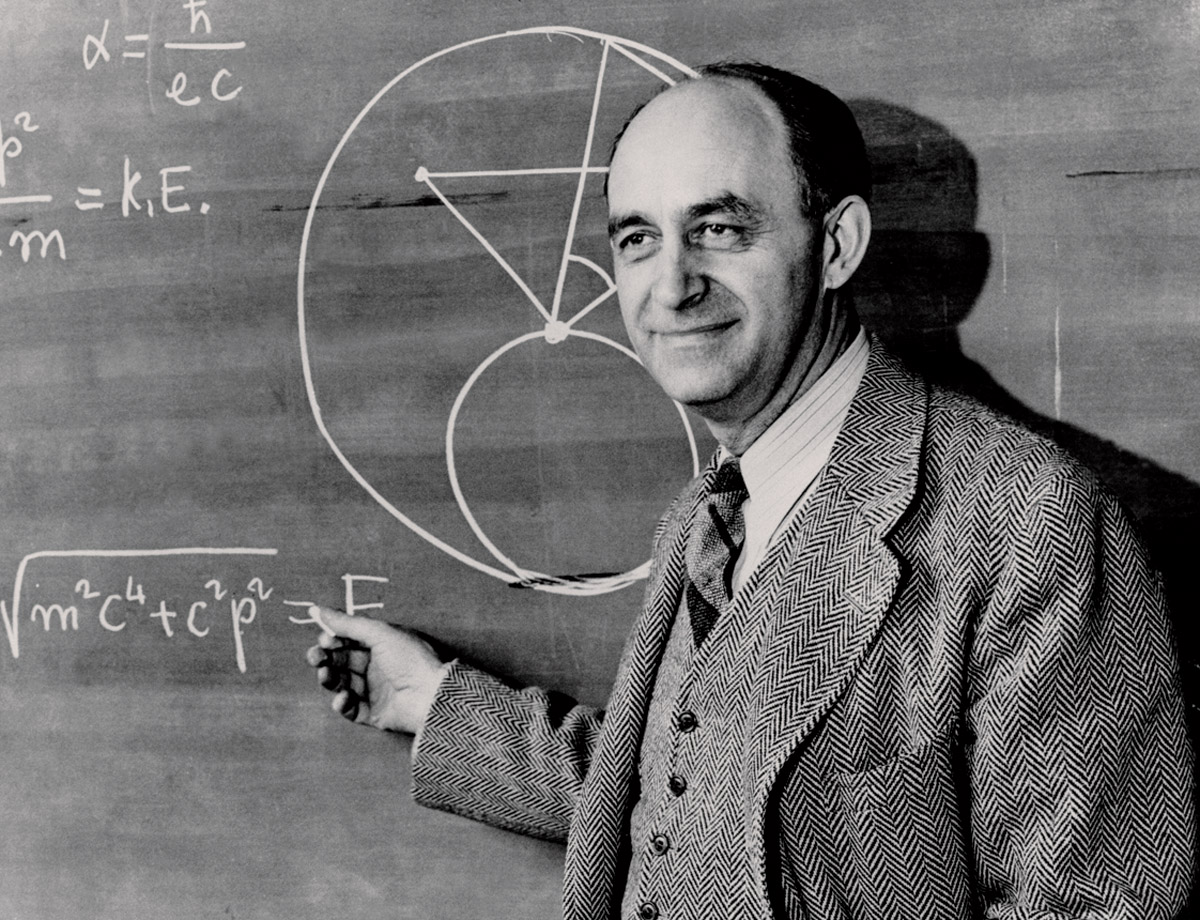 Most books that are good are also useful as a result, and vice versa. Sadly, The Pope of Physics – a biography of the Italian-American physicist Enrico Fermi that is written in a style as flat and dry as the Mojave – is an exception. Its goodness is difficult to find but its usefulness is immediately apparent. No other biography of Fermi is as authoritative as this one, although with regard only to his early years. The book is filled with anecdotes from that period that help understand his famously clinical nature.

Fermi made lasting contributions to quantum mechanics, nuclear physics, cosmology and chemistry. It is impossible to walk a few paces down these roads without stumbling upon a marker saying, “Fermi was here”. Growing up in Italy, he was a bright student of physics learning under an old guard dismissive of the new-fangled quantum theories. He was also a philosopher of science racing against his contemporaries in Germany, the Netherlands and England to extend the ideas of Max Planck to explain nature’s fundamental constituents. A key figure in his early years was Orso Corbino, a physicist and statesman who ensured Fermi received all the important university admissions and appointments, who kept things moving for Fermi despite the political upheavals then rocking Italy.

The authors, Bettina Hoerlin and her husband Gino Segrè, nephew of Fermi’s student Emilio Segrè, are to be thanked for deftly fleshing out a young Fermi through the pages of history. Born in 1901, he lost his brother at a young age, was an apprentice in a farm for some time, married a Jewish girl, drove a car reputed for breaking down and became known as the future of Italian physics. As a physicist, he was famous for his ability to make quick sense of problems and simplify calculations to their essence in a jiffy. His students playfully claimed Fermi had “an inside track to god”. At the Via Panisperna, where the physics department of La Sapienza – the University of Rome – was located, he was nicknamed Il Papa, The Pope. Corbino was Padreterno, the Almighty himself.

It was also at the Via Panisperna in 1934 that Fermi and his colleagues discovered the potential of neutrons – slowed down to a particular speed – to cause nuclear activation, a precursor to the atomic bomb as well as the nuclear power plant. The first time their experiment was conducted, the setup led Fermi into confusing fission products for transuranic elements. This was a stroke of luck because it prevented the technology from falling into the hands of the fascist Benito Mussolini and his Nazi ally across the border. But as the political climate worsened, Fermi, his family and most of his colleagues were forced to emigrate from Italy. Mussolini would enact the Leggi razziali in 1938, legalising racial discrimination against the country’s Jews (of whom the physicist’s wife Laura was one).

Unsure of how he would make his ‘escape’, Fermi was helped by Niels Bohr, who told him that he was going to win the Nobel Prize for physics that year. So on December 6, 1938, Fermi flew to Stockholm with his family to collect the prize, from there flew to New York on January 2 and used the prize money to settle down. And it is after this point that The Pope of Physics loses its sheen. Fermi’s life in the US has been much better documented than his life before and that is what keeps the book interesting for as long as it does. In fact, the most significant of his contributions in the US are synonymous with the dawn of the Atomic Age, and books about the dawn of the Atomic Age have been abundant given the moment’s political consequences. 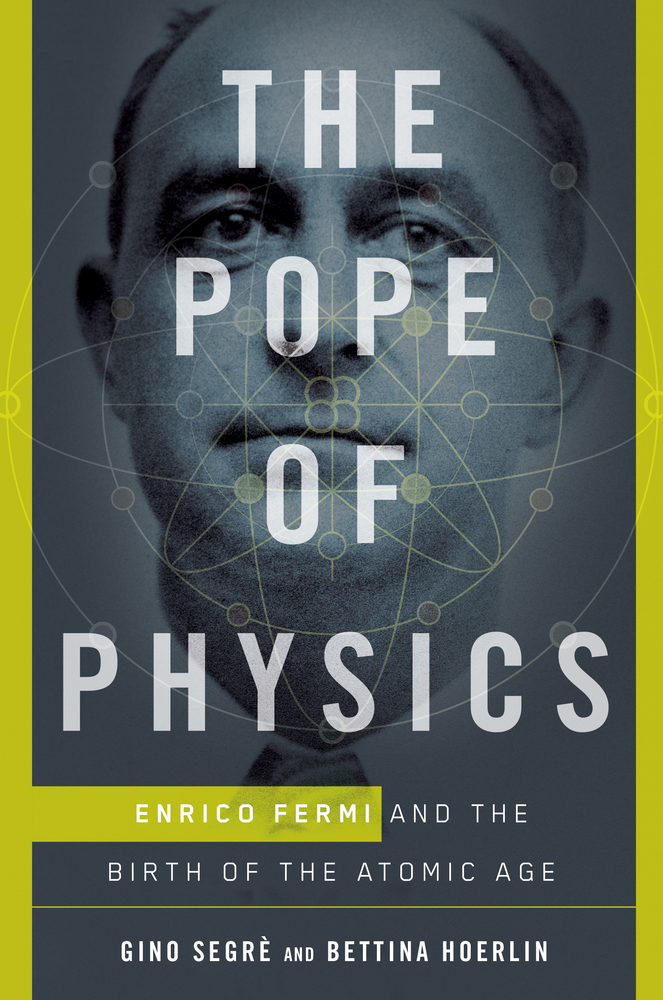 Gino Segrè and Bettina Hoerlin
The Pope of Physics: Enrico Fermi and the Birth of the Atomic Age
Henry Holt, 2016

At the same time, it is interesting to consider Fermi’s political affiliations. The man was known for being closed off and that further contributed to his reputation of being a clinical and forthright theorist. The Pope of Physics quotes Nella, his daughter, as saying, “It wasn’t that he lacked emotions, but that he lacked the ability to express them.” But then, there are those moments that make one wonder if there ever was any turmoil behind that pokerfaced visage.

For example: Hoerlin and Segrè write about how Fermi, though aware of Mussolini’s actions while being shielded from them by Corbino, accepted an opportunity to join the Royal Academy (set up to rival the Accademia dei Lincei) while in Italy – at the request of Mussolini – and had his salary doubled, joined the Fascist Party and turned down an apprentice because of the latter’s manifest antifascist sentiments. In the mid 1930s, he laboured with the motif “physics as soma”, ‘soma’ being a stress-relieving substance that plays a major role in the society of Aldous Huxley’s Brave New World (1932), as a way to sidestep the theatre of Italian politics.

He only noticed how dark the clouds over the horizon had become when Hans Bethe, Felix Bloch, Rudolf Peierls, Georges Placzek and Edward Teller had stopped visiting Via Panisperna because they were “searching for safe havens in the United States and the United Kingdom”, when Italy’s invasion of Ethiopia and participation in the Spanish Civil War made the atmosphere at home more polarised and, finally, when the Boys – what the physicists at Via Panisperna were called – themselves began to emigrate to escape Mussolini’s and Hitler’s Jewish persecution laws.

A clash of commitments

In another example, in 1939, when Fermi was to make a presentation before US Navy officials about the threat of a German nuclear weapon, The Pope of Physics reads (emphasis added):

Rather than dramatically conveying the German threat, as [Leo] Szilard or [Eugene] Wigner would doubtlessly have done, Fermi was his low-key self. Without embellishment, he laid the facts before the navy officials. In retrospect, the group may have made a mistake in choosing Fermi since he tended to downplay dangers. Those present at the briefing apparently concluded that there was no cause for alarm. The meeting was treated as a courtesy call; no further action would be required.

Neither did Fermi see the need to act further. He was interested in the challenge of producing a chain reaction and not eager to deal with the extra complications of political or military involvement. Fermi only wished to proceed with experimenting. He was also happy to see that the experiments he and [Herbert] Anderson were planning to conduct were similar to the slow neutron ones he and the Boys had performed a few years earlier in Via Panisperna.

Three years later, though he would oppose the American construction of the more-powerful hydrogen bomb down the line, calling it tantamount to “an act of genocide”, Fermi was not just closely involved with the Manhattan Project but was also part of a committee that, in June 1945, called for the bomb to be dropped without warning on an inhabited city.

In both instances, spanning a period from the 1920s to the 1940s, Fermi was supposed to have remained apolitical whereas his colleagues – ranging from the self-assured James Franck to the visibly agitated Szilard – were often thinking of the best ways to stall Hitler’s march to obtaining a nuke as well as to prevent the loss of hundreds of thousands of lives. Fermi thought that scientists weren’t equipped to make the best military decisions, but how easily can this choice be consigned to disinterestedness after having called for ‘The Gadget’ to be used in a surprise attack on a city? Was it a conveniently blinkered worldview?

Indeed, where was the clash of commitments to science and duties on the one hand and to moral sense and conscience on the other, exemplified by J. Robert Oppenheimer’s agony as the first bomb was tested and Karl Darrow’s anxious doubts about the bomb’s meaning as the ash floated down upon Nagasaki, inherent to this part of history? “At some level, he was able to treat the bomb blast as just another physics experiment”, the book reads. In another instance, a single line writes off any discomfiture that may have arisen after Fermi witnessed the Trinity test: “… while he was seemingly infallible, he was also human.” In a third, it quotes Szilard: “The struggles of our time did not affect Fermi very much, and he is no fighter”, as if to excuse Il Papa from judgment.

While it is disturbing to realise a celebrated scientist made it big on the back of fascism, on the back of ignoring one’s political responsibilities except until it affected one personally, Hoerlin and Segrè seem so caught up with fawning over Fermi’s accomplishments that they often climb into the ivory tower after him. This is what makes The Pope of Physics seem like a fond remembrance more than an honest chronicle, leave alone a rigorous investigation, of a man who birthed the Atomic Age. They speak of his gaiety and placidity in moments of incredible tension, of his being an excellent swimmer in the icy waters of Lake Michigan while others would fall behind, of his solving problems until the moment he passed away – all trivia after having skirted the tougher details.

But as fond remembrance, The Pope of Physics is worthy of praise for picking the eyes of Enrico Fermi – perhaps the most reticent of all notable scientists – to see the biggest moments of the 20th century through. It is braver still to have the book reviewed in late 2016 and early 2017, when nationalism is sweeping across the world, economic protectionism is on the rise and people are once again emigrating to escape war on humans (as well as the climate). Given the nature of the times in which this book was written, Fermi’s views – and the indifference of its authors – seem even more inexplicable.