Taking a Page out of India's Medical History of Courage, Sacrifice and Suffering

Well-equipped hospitals and well-trained doctors and nurses with the courage to make sacrifices like Dr. Yashwantrao and Savitribai Phule alone can save the world and India. 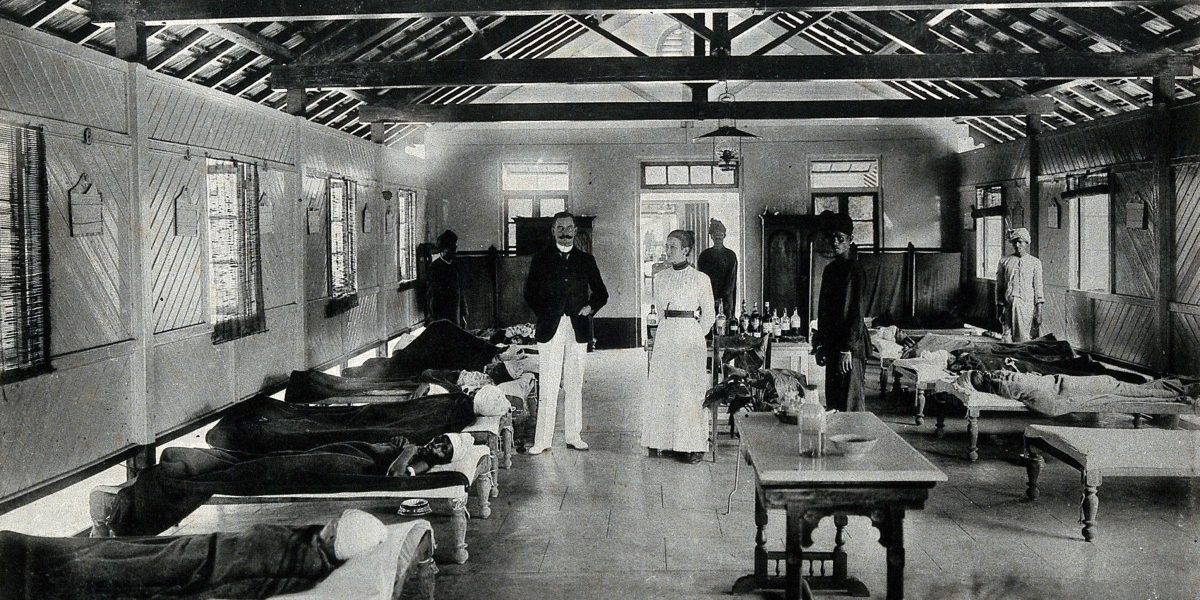 COVID-19 has created a global crisis. We are not sure how the world and India will come out of it. The modern world faced a similar pandemic in late nineteenth century called the bubonic plague, which killed millions in the eastern part of the world – mainly in India and China.

That pandemic also originated in China, in Yunnan province, and spread to many countries through the sea route. Medical facilities at the time were almost all but absent. Particularly in India, there were hardly any trained doctors in modern medicine.

That pandemic spread to all inhabited continents and reached India through the ports at Calcutta and Bombay. Later on, it spread to Pune and other towns and villages. One guess is that more deaths occurred in towns than in spread-out villages, where natural social isolation is already a factor. Several herding communities left urban and populated towns and established settlements in the forest and plain lands.

Though several medical practitioners must have played a role during the time – one young doctor died while treating patients in the Poona region: Mahatma Jyotirao Phule and Savitribai Phule’s adopted son Dr. Yashwantrao.

The doctor died alongside his adopted mother Savitribai while serving plague patients in a special clinic that they opened in 1896-97. According to historical texts, Dr. Yashwant Rao served patients of all castes and communities as a part of his father and mother’s social reform movement. In those days, Brahmins were avoiding becoming doctors as the British had made it mandatory that medical partitioners  treat patients of all castes, and many Brahmins were unwilling to touch Dalits and Shudras.

The Satyashodak movement launched by the Phules took up a massive campaign against human untouchability and superstitions. Since the couple had no children of their own, they adopted a boy – the son of a brahmin widow, Kashibai. The name of Yashwantrao’s birth father is unknown.

It is said that having while after her husband’s death, conservative Brahmins in the Poona area had wanted to kill his pregnant wife. It was the Satyashodak movement headed by Phule that saved her and took care of the mother and child at their ashram. The son was eventually adopted by the Phules in 1874.

Yashwantrao eventually became a doctor and was married to Radha in 1889, whose father was part of the social reform movement. An inter-caste marriage, it was performed with a simple garland exchange in defiance of being married traditionally by a Brahmin pandit. The priestly class took this marriage to a court also.

Jyotirao Phule died in 1890. After his death, Savitribai and her son continued to undertake social and medical services. One biographer of Savitribai writes:

“Her (Savitribai) adopted son Yashwantrao served the people of his area as a doctor. When the worldwide Third Pandemic of the bubonic plague badly affected the area around Nallaspora, Maharastra in 1897, the courageous Savitribai and Yashwantrao opened a clinic at outskirts of Pune to treat the patients infected by the disease. She brought the patients to the clinic where her son treated them while she took care of them. In course of time, she contracted the disease while serving the patients and succumbed to it on March 10, 1897.”

The tragedy did not end there. Dr. Yashwantrao died as well after contracting the disease. This episode of the bubonic plague ultimately led to more than 12 million deaths in India and China, with about 10 million killed in India alone.

India has evolved a lot since the days of Dr. Yashwantrao and Savitribai Phule’s sacrifice. We now have doctors of all castes and communities. Apart from Dr. Yashwantrao, another doctor to die in the line of duty was Dwarkanath Kotnis during China’s hour of need in the late 1930s. Kotnis was one of the five Indian physicians dispatched to China to provide medical assistance during the second Sino-Japanese war in 1938.

It was on January 10, 1897, that Aldemar Haffkine, a bacteriologist who trained with Louis Pasteur at his institute in Paris, and who was based in Bombay, tested the vaccine on himself and created a vaccine in record time to combat the bubonic plague epidemic in Bombay and Poona regions. That vaccine saved millions in over subsequent years – even though at that time, India superstition and illiteracy coupled with ignorance resulted in restricted use.

The Haffkine Institute is now a premier research and vaccine producing organisation in Bombay.

Today, coronavirus seems to pose a much bigger threat in a globalised world of air travel in closed air-conditioned aircrafts. Well-equipped hospitals and well-trained doctors and nurses with the courage to make sacrifices like Dr. Yashwantrao and Savitribai Phule alone can save the world and India. And while there is still no vaccine for this novel virus, there will hopefully be one soon.

With some among the ruling party spreading superstitions, we must take a page out of our own medical history of courage, sacrifice and suffering. India still has a long road ahead when it comes to social reform and this crisis is suited to push such reform.

So while there is misinformation about how cow urine and dung work work like a vaccination for coronavirus, people must depend only on tested science, medicines, laboratories, doctors and nurses.

India is a country of 1.3 billion people, among them many who believe in superstitions as part of a long heritage of illiteracy and ignorance. We now have the media, and even mobile networks, informing people about how to look after oneself – from washing hands to not touching faces.

However, casteism and baba-ism will only contribute to loss of more life. As Prime Minister Narendra Modi himself accepted, the Kerala government has been handling the COVID-19 better with a belief in science and medicine. Other state governments must also make adequate preparations.