In response to two articles in The Wire, a re-look at history and historical personalities. 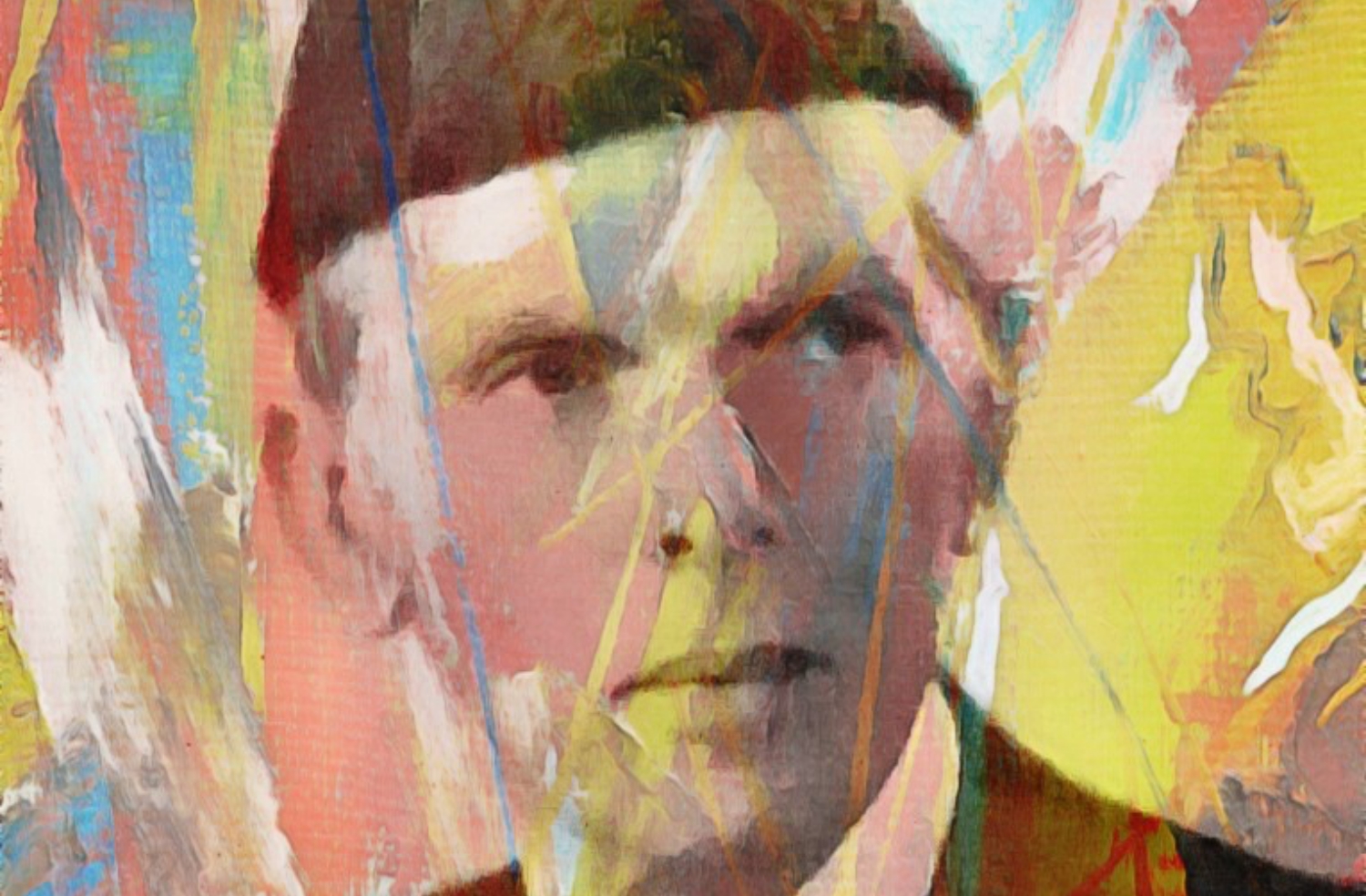 We are living in strange times. We are creating our own versions of the past, with the ruling saffron clan taking a lead in this national endeavour. The cardinal principle is that what we do not like, or feel embarrassed about, should be purged from history and the past should be painted in a colour of our liking.

If the Rajasthan chief minister detests the fact of Rana Pratap’s defeat at Haldighati, it should be turned upside down and he should be shown in school textbooks as the winner. It is the same logic that was employed while demolishing the Babri Masjid. Perceived wrongs of the past are being righted now in the post-truth age. A new history of the freedom movement is being written to belittle the role of its leading lights like Mahatma Gandhi and Jawaharlal Nehru and to introduce the role of saffron leaders like K.B. Hedgewar, the founder of the Rashtriya Swayamsevak Sangh.

To foment Hindu-Muslim trouble, spurious grievances are being manufactured, the latest being the portrait of Pakistan’s founder M.A. Jinnah that has been hanging in the Aligarh Muslim University (AMU) Students’ Union office since 1938. The idea seems to be to erase his role in the history of 20th-century India, because the rulers of the day do not like it. 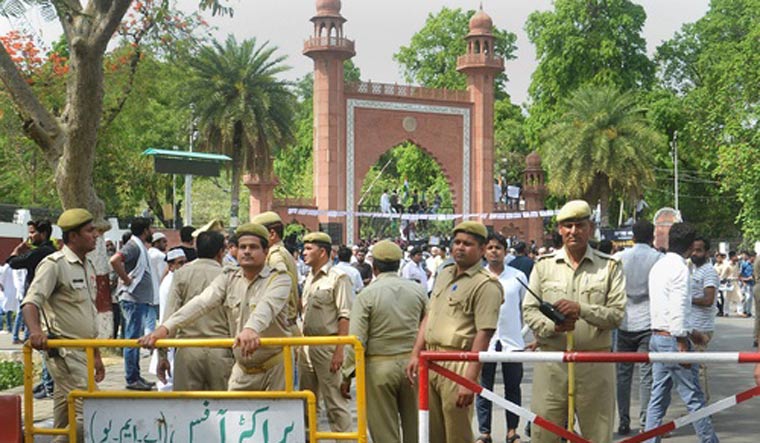 To counter these attacks, Faizan Mustafa wrote a reasonably balanced article to show the similarities in the politics pursued by Hindu communalists and Jinnah while pushing under the carpet a few unpleasant facts about the AMU and the role of a section of its students in the pre-Partition years. It was totally unnecessary, since a university is not a monolith. Its faculty, students and non-teaching staff have people belonging to different religions, political ideologies and regions. Most universities have a dominant ethos but there are always other voices that are present and active within that ethos. Jawaharlal Nehru University is viewed as a Left-liberal university, but Hindutva and other political tendencies are quite active there and enjoy enough influence to win posts in union elections.

Therefore, while one would fully agree with Mustafa’s conclusion that Jinnah caused the biggest damage to the Muslims of the subcontinent by dividing them into two (and later three) parts, thus rendering them politically enfeebled, it is difficult to agree with some of his other conclusions. In his view, “AMU does not subscribe to the regressive ideology of nations being formed on the basis of religion.” It is anybody’s guess how a vice-chancellor of a prestigious law university and an alumnus of AMU can make such a remark. Does a university pass a resolution or issue a press statement announcing its political beliefs? Does one expect a university to have a unified view on any issue? Perhaps what Mustafa is trying to imply is that Muslim separatism was never the dominant ethos of AMU?

While it is true that AMU had a long list of progressive students and teachers that included poets and writers like Majaz, Rahi Masoom Raza, Ali Sardar Jafri and Kunwar Pal Singh, and historians like Muhammad Habib, Irfan Habib and Satish Chandra, it is also true that its dominant ethos and ideology were largely defined by the legacy of its founder Sir Syed Ahmed Khan, who eyed democracy and its political culture with great suspicion. Addressing a public meeting in 1888, he said that as a sincere Muslim, he has to follow the Quran that had ordained Muslims and Christians to be friends.

“Therefore,” he said, “we should cultivate friendships with them and should adopt that method by which their rule may remain permanent and firm in India.” He made it clear that he was opposed to any representative democratic government in which Hindus with their numerical superiority would have an upper hand. “We do not want to become the subjects of the Hindus instead of the people of the Book (Christians),” he declared. He also opined that democracy was not good for India as it was the least fitted being the least homogenous.

In 1906, two important events took place. In October, a delegation led by Aga Khan presented a memorial, signed by 35 prominent Muslims most of whom belonged to the landed gentry, to Viceroy Lord Minto who welcomed the delegation members as “the descendants of a conquering and ruling race,” and approvingly said: “You justly claim that your position should be estimated not merely on your numerical strength, but in respect to the political importance of your community, and the service it has rendered to the Empire (emphasis added).” After this, the Muslim leadership always maintained that the community must be represented in every democratic institution in accordance with its importance and prestige, and not on the basis of its numerical strength. It was the fear of democracy that fuelled the fires of separatism. If one reads famous Urdu poet Josh Malihabadi’s autobiography Yaadon Ki Baaraat, it becomes clear that he was persuaded to migrate to Pakistan as late as in 1958, despite his close friendship with then Prime Minister Jawaharlal Nehru, because of the fear of losing his Muslim identity in a Hindu-majority country. It’s another matter that he bitterly regretted his decision and died a broken man in Pakistan.

The second important event took place in December 1906, when a young and brilliant barrister, M.A. Jinnah, acting as secretary to the ‘Grand Old Man’ Dadabhai Naoroji, who had come from England to preside over the Calcutta session of the Congress, moved an amendment to a resolution on self-government and declared, “The foundation upon which the Indian National Congress is based is that we are all equal, that there should be no reservation for any class or any community”. His amendment was approved unanimously and he emerged as a champion of unalloyed nationalism in contrast to the pro-British stance of the Aga Khan-led delegation. A few days later, he severely criticised the founding of Muslim League as a separate political body for the Muslims and himself got elected vice-president of the rival Indian Muslim Association. 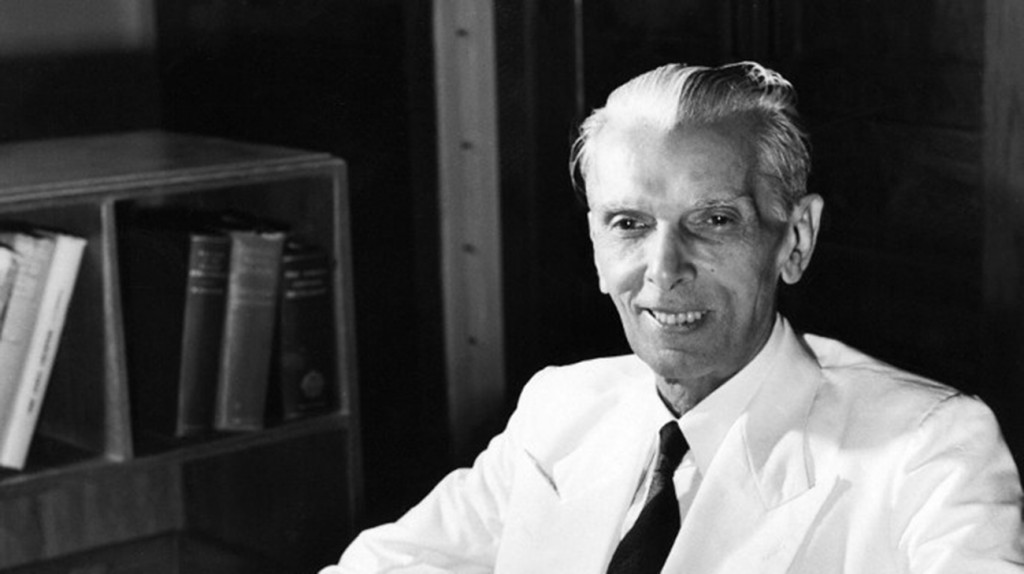 Mustafa’s assertion that “Jinnah himself was a great votary of Hindu-Muslim unity during the major part of his political career” is also not true because after Gandhi’s return from South Africa to India in 1915 and his spectacular emergence on the Indian political scene, Jinnah gradually moved away from a composite Indian nationalism and began to champion Muslim interests almost exclusively. So he was a non-communal nationalist leader for less than 15 years.

Similarly, Mustafa’s claim that “Jinnah did oppose mixing religion and politics” is true only regarding his stance towards the Khilafat movement. He himself mobilised the Muslim masses on the plank of Islam and took full help of the Muslim clerics, pirs and other religious leaders to influence them. He himself chose a Parsi girl, who was the daughter of one of his close friends and was less than half his age, to marry but did not allow the same freedom to his daughter Dina. After her marriage to a Parsi-turned-Christian Neville Wadia, he severed all relations with her and addressed her as “Mrs Wadia” in a few letters that he wrote in reply to hers.

Jinnah delivered his first address to Pakistan’s constituent assembly on August 11, 1947 and it is widely quoted to show how secular he remained till the end of his life, a rather extraordinary claim about a man who gave a call for direct action and achieved his political goal of creating a homeland for Muslims on the Islam-in-Danger slogan. In this speech, he assured the future Pakistanis that “you will find that in the course of time Hindus would cease to be Hindus and Muslims would cease to be Muslims, not in the religious sense, because that is the personal faith of each individual, but in the political sense as citizens of the state.”

However, the same Jinnah addressed the Karachi Bar Association after a few months on the Prophet’s birthday on January 25, 1948 and said that people were making mischief when they rejected the idea of an Islamic state. “Islamic principles,” he said, “today are as applicable to life as they were 1300 years ago.” He also announced that the constitution of Pakistan would be made on the basis of Sharia. A few weeks later, he said, “Let us lay the foundations of our democracy on the basis of truly Islamic ideals and principles.” So much for Jinnah being opposed to mixing religion with politics.

The role of AMU students in the Pakistan movement has been well documented. If one reads Rahi Masoom Raza’s celebrated novel Aadhaa Gaon (Half Village), one finds AMU students reaching a distant village in Ghazipur district and converting simple villagers into their separatist ideology.

Sharjeel Imam, who is pursuing his PhD in Partition and Muslim politics at the Centre for Historical Studies at Jawaharlal Nehru University, has responded to Mustafa by penning a veritable qasida in praise of his hero Jinnah and, much like the Pakistani historian Akbar S. Ahmed, refuting the widely held view that Jinnah was “irreligious” in his personal and “communal” in his political life. Jinnah’s was “good communalism”, asserts the young scholar who is yet to cut his teeth at the historian’s craft, while bad communalism – or “secularism” – was all the creation of the Congress that turned it into “a tool to deny any constitutional powers and rights to the Muslims”. “It is not Jinnah,” asserts Imam, “who has harmed us, it is Congress and their successors like BJP who are the oppressors.”

Imam claims that Congress failed “to accommodate the genuine Muslim demands and aspirations for political proportional representation.” As should be obvious by now, the Muslim leadership since 1906 onwards never demanded “proportional representation” but added the “political importance of the community” as sine qua non for determining the quantum of representation. He also accuses that the right-wing Hindu forces, as well as the Indian state, “denied them representation in every field from the very start”. The absurdity of this claim does not deserve a refutation, nor does his demand that the Muslims should be given a veto on everything. One may legitimately ask: Why only Muslims? Why not the Sikhs or the Christians or the Jains? Are they not minorities?

There is no denying that the Hindutva juggernaut is thundering through the country and is trying to crush any and every opposition to it. Earlier, the saffron clan had tried to use the name of Raja Mahendra Pratap, a truly secular nationalist who had defeated a popular leader like Atal Bihari Vajpayee in the Lok Sabha election in Mathura, to foment trouble in AMU and exacerbate Hindu-Muslim tensions. They are trying to make yet another attempt at this divisive politics because this is the only time-tested political method of mobilising Hindus on a communal platform. Fortunately, the AMU, as well as its faculty and students, have acted with reason, caution and restraint, and so far foiled this cynical attempt. However, in order to achieve this, one does not have to whitewash history or historical personalities.