Remembering David Washbrook, and His Historical Insights on Class Relations in South Asia

In many ways, Washbrook's intellectual trajectory reflects the shifts in its historiography. 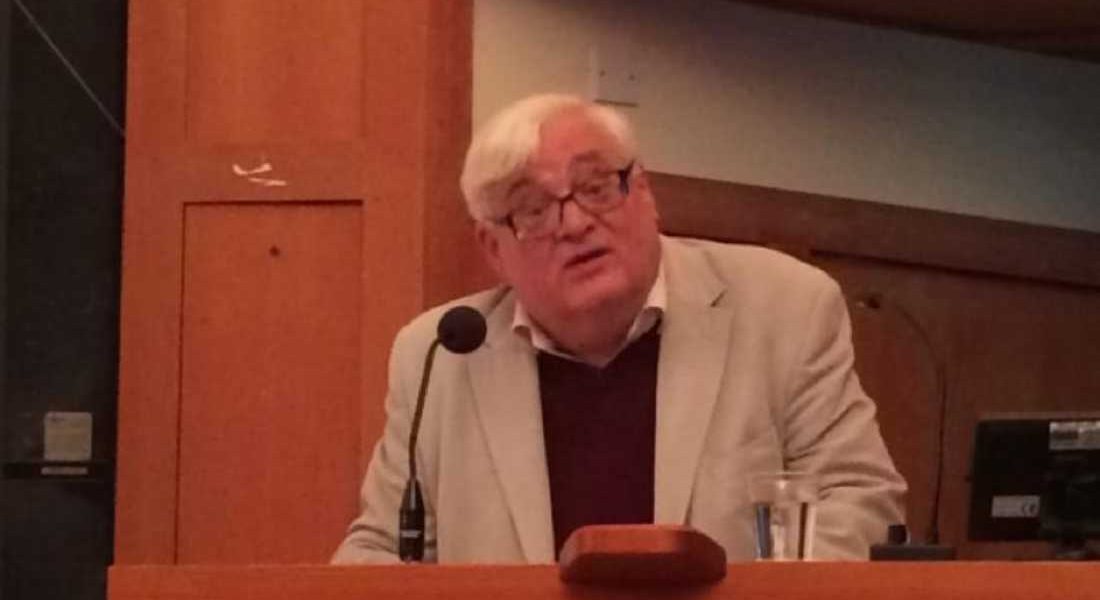 David Washbrook at a conference in his honour at Trinity, Cambridge, in May 2014. Photo: Prashant Kidambi 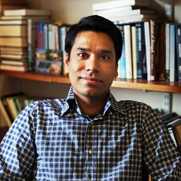 The death of Professor David Washbrook (b. April 25, 1948 – d. January 24, 2021) has robbed South Asian history of one of its most incisive and robust voices. Over a career spanning five decades, Washbrook was a significant figure in many of the key debates that animated the field. And in many ways, his intellectual trajectory reflects the shifts in its historiography.

Washbrook’s career as an historian of colonial South Asia began and ended at Trinity College, Cambridge. As an undergraduate, he became drawn to the study of colonial India under the tutelage of Anil Seal; and, as a Junior Research Fellow at the college (1971-74), he completed a doctorate on the politics of the Madras Presidency. In 2007, he returned to Trinity as a Senior Research Fellow, after holding academic positions at the universities of Warwick (1975-1993), Harvard (1986) and Oxford (1993-2007).

Washbrook’s early books – South India: Political Institutions and Political Change (1975, co-edited with Christopher Baker) and The Emergence of Provincial Politics: The Madras Presidency, 1870-1920 (1976) – swiftly established him as one of the rising stars of the so-called ‘Cambridge School’. This new approach to the study of Indian nationalism sought to set aside its high flown rhetoric and uncover the underlying material imperatives that drove politicians and their local patrons. Understandably, the Cambridge approach was met with criticism, especially in India, where it was seen as a Namierite reading of Indian politics, downplaying the ideology, norms and values of the anti-colonial struggle. Yet even in his early writings, Washbrook was not the cynically detached analyst conjured by his critics. He had already begun to draw important connections between ecology, agrarian class relations and the political economy of colonialism.

These themes were to inform the next phase of his scholarly career, which saw him move back in time to 18th-century South India. The shift in research focus yielded essays that contributed to a new account of late pre-colonial South Asia and its transition to colonialism. Notably, Washbrook’s interventions highlighted the significance of an incipient capitalism and its impact on class formation and corporate institutions prior to the English East India Company’s rise to political power. Moreover, he argued, the early colonial state consolidated the practices of state mercantilism that it had inherited from pre-colonial regimes. Two major essays published in Modern Asian Studies – ‘Law, State and Agrarian Society in Colonial India’ (1981) and ‘Progress and Problems: South Asian Economic and Social History, c. 1720-1860’ (1988) – offer richly suggestive distillations of the ‘revisionist’ perspectives that transformed South Asian historiography in the 1980s. As with his earlier writings on Indian nationalism, Washbrook’s arguments about the colonial transition had its critics, especially scholars of the Subaltern Studies collective. And as before, the ensuing debates drew a new generation of scholars to the study of South Asian history.

Washbrook’s turn to the study of 18th-century South India also led him to frame the region’s past within the history of the evolving capitalist world economy. In the mid-1980s, he critiqued Immanuel Wallerstein and his ‘world systems’ analysis for its ahistorical assumptions about South Asia’s economic past. Over time, this critique paved the way for a series of essays in which Washbrook located India firmly at the centre of the early modern global world.

The final decade of his scholarly career saw Washbrook expand his scholarly interests in new directions. There were forays into the intellectual and cultural worlds of 18th-century South India, the history of the scribal classes in early modern India, and the role of princely states in the making of Indian modernity. Some of this work was published over the last decade, but it would not be surprising if the scholar’s proverbial bottom drawer contains much that was being worked up for publication.

Yet for all the shifts, there were enduring continuities in Washbrook’s oeuvre as a historian. For one, there was the deep investment in the study of South India, the vast and varied region that was his favoured unit of historical analysis. Equally, one can discern a constant preoccupation with the social history of capitalism and class relations. Indeed, Washbrook’s focus on class prompted some to consider him a ‘Marxist’. (I once asked him if this was the case; ‘I am all for the Marx of the 18th Brumaire,’ he responded.) This perception was strengthened by his methodological approach, which tended to combine astute sociological analysis with a sharp sense of historical conjunctures and structural contradictions. And finally, much of his best work was conducted in dialogue and partnership with colleagues who shared his concerns and interests: the early publications on Madras with Chris Baker; the revisionist perspective on the 18th century with Chris Bayly; the writings on South Asian historiography with Rosalind (‘Polly’) O’Hanlon; and the essays on transnational and global history through his engagement with the scholarship of Joya Chatterji, Prasannan Parthasarthi and Sanjay Subrahmanyam, as well as the activities of the Global Economic History Network (GEHN). The range of his scholarly collaborators and interlocutors, and the high regard and affection that they had for him, was fully in evidence at the conference held in his honour at Trinity College, Cambridge, in May 2014.

Also read: A Tribute to D.N. Jha, a Historian Who Will Be Remembered for Treasuring Plurality

Alongside his considerable achievements as a historian, Washbrook taught, supervised, mentored and examined two generations of scholars working on South Asia. I became his doctoral student shortly after he succeeded Tapan Raychaudhuri as Reader in Indian History at Oxford. As a supervisor, he was generous, patient and wise. He wore lightly both his erudition and his authority. One looked forward to supervision sessions with him at St. Antony’s, not only to receive feedback but also to feed off the throwaway remarks that came thick and fast on such occasions.

Above all, it was hard to reconcile the pugnacious writer with the affably avuncular figure, radiating reassurance and good humour, that one encountered in person.