Crosstalk: Can Anyone Be a Scientist?

That ancient human drive to wonder about what might be out in space, or across the ocean, remains the key attribute that continues to drive scientists. 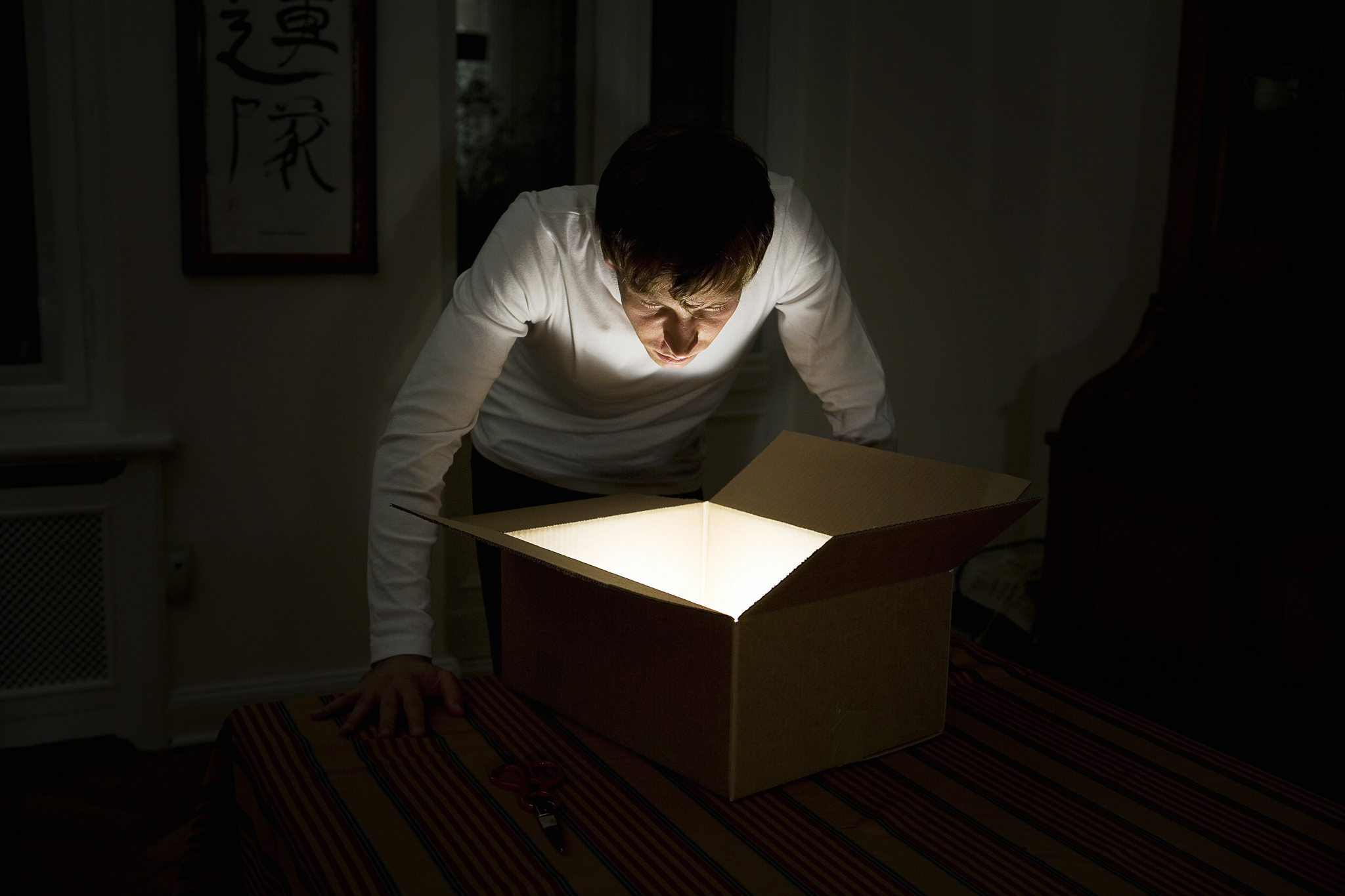 All it takes is that you ask the right question, and go about answering it the right way. Credit: lwpkommunikacio/Flickr, CC BY 2.0

“The scientist explores the world of phenomena by successive approximations. He works in an atmosphere of probabilities; he knows that his data are never precise, and that his theories must always be rested. It is quite natural that he tends to develop healthy skepticism, suspended judgment, and disciplined imagination.“

In the past months, we have explored the scientific method, investigated conditions that foster science, discussed scientific discovery and invention, and the role of serendipity in discovery, and personalities and rivalries in science. Yet in all this, we have ignored that central character in the process of discovery, the scientist. The inevitable  ‘first image’ of a scientist in most people’s minds is Albert Einstein. Remarkable for the way he impacted physics, Einstein transcended science and rode into everyone’s imagination. Einstein also won a bit of a genetic lottery (as far as looking like a scientist goes). Wavy, wild hair (which greyed to perfection), sparkling eyes and sharp features, a natural flamboyance… all of this made for a great picture. The other stereotype of a scientist emerged from innumerable B-movies before the Cold War ended, that of a crazy scientist (with a vaguely Russian accent) trying to rule or destroy the world, and with a manic laugh. Of course, most scientists don’t look like Einstein (or have his brilliance), and the manic laugh is mostly absent. Yet, what is it that makes a scientist?

There are many attributes scientists share closely. Hilaire Belloc, who was not a scientist, was a little more dismissive of scientists and once famously said that “anyone of common mental and physical health can practice scientific research … anyone can try to see what happens if this or that substance is mixed in this or that proportion with some other under this or that condition. It will not be the product of special talent.” Be that as it may, there are certain underlying traits that are necessary.

Most scientists aren’t born scientists, and all of them can tell you a series of circumstantial (or even unfortunate) events that led them to science. Also, a scientist isn’t an obligate scientist, and almost all scientists could have been something else. But there is a deeper motive behind becoming a scientist, and it usually involves a deep restlessness, an exploratory impulse. Most scientists will remain extremely dissatisfied with a lack of comprehension or when there is a question that remains unanswered. It is this restlessness and driving desire to uncover the basis of some phenomena that drives scientists.

Peter Medawar, one of the great scientists (as well as endowed with a great sense of humour) of the last century, as well as a prolific (and delightfully readable) author, wrote a rather pithy tome called Advice to a Young Scientist. Here, in his inimitable style, Medawar describes several types of scientists. There are collectors, people superbly suited to find and collect pieces of information. Others are classifiers, or compulsive tidiers-up. Many are detectives by temperament, some explorers, and some artists. Perhaps most of us are mere artisans. Some are mystics, and some even have a perverse satisfaction in knowing something is not known. Yet that drive to discover, and that restlessness, is perhaps a defining aspect of being a scientist.

Amongst all these attributes, the reader would have noticed that ‘intelligence’ hasn’t made an appearance. Intelligence (above a certain minimal bar) in science is often overrated. Not all great scientists are brilliant and many other attributes, including some very mundane ones like tenacity, perseverance and diligence, and the ability to connect dots hold them in greater stead than pure brilliance. Of course, very few scientists are philistines of a narrow mind.

It also takes a strange mix of sometimes paradoxical or completely conflicting attributes to be a successful scientist. It goes without saying that (especially for experimental scientists) a great deal of rigour and meticulousness is required. Yet by meticulously collecting data one might only catalogue a series of findings. Most great scientists also have an intuition to top this ability to collect facts, which enables them to connect more distant dots, and rapidly devise a new hypothesis, and test it quickly, to make discoveries. There is a great deal of confidence required to go into the unknown, believing an idea to be possibly true. Yet that same confidence needs to be tempered with extreme honesty, and when the evidence suggests that the idea or model is wrong, any good scientist must be ruthlessly honest in crushing the idea.

Most creative people will make mistakes and come up with ideas that are demonstrably wrong. But should this happen, it should only be with the explanation of observed data and not with the data itself. If this happens, a good scientist will admit it and move on, and the data itself will lead to new interpretations that advance science. Several scientists have (and continue) to push bad ideas. There are tremendous temptations in science, with pressures to publish in order to maintain funding or get promotions or more. This is terrible because there are very few other disciplines of human enquiry that are as ruthlessly self-correcting as science. Bad ideas die faster here than almost anywhere else but the brief persistence of bad ideas may tremendously damage fledging scientific careers (of students, technicians or fellows).

Finally, as humans we love to have our little pecking orders, and are often defined by our egos. Scientists, ostensibly being human, are not immune from a variety of snobbery. The most prevalent form rates certain types of science above another. For example, it may be easy to rate a theoretical physicist or a “rocket scientist” higher than a dragonfly collector, and therefore theoretical physics as a superior science. This is a terrible idea. There may be multiple scientific tasks the dragonfly collector is far more capable of doing than the theoretical physicist.

A good taxonomist needs excellent judgment, attention to detail, have the ability to observe small differences, be able to discern affinities, be able to both catalog and compare very large amounts of data, be able to make conclusions from such observations to determine species, ecological roles and more. These attributes might be spectacularly absent in a theoretical physicist. Also (to conclude this trivial example), a certain dragonfly might be more important than a certain physical theorem under several circumstances. For example, a certain species of dragonfly might be the world’s biggest hunter of (malaria-causing) mosquitoes, singlehandedly accounting for limiting the spread of malaria in some region! And we might never know about it without the dragonfly collector’s persistent observations.

A second, common form of scientific snobbery is in being overly eager to judge scientific merit based on a person’s (educational) background, and the ‘brand’ of publications, and not their actual contribution to original science. This form of snobbery needs little introduction. Someone who trained at, say, Harvard University must be a superior scientist to someone who did not. Someone who went to an IIT, say, must be a technological and scientific wizard, and so on. Thankfully, science continues to be ruthlessly self-correcting and no scientist is remembered for where they trained or worked; they are remembered for their work.

Yet another form of snobbery specifically relates to the presence or absence of a PhD degree. Having one does not necessarily make someone a superior scientist. Several notable modern scientists never had a PhD. C.V. Raman didn’t have one (though he loved his awards, honours and recognitions, including his many honorary doctorates). But the more amusing story is Peter Medawar’s, who pursued his PhD at Oxford University but was never awarded one. At the time, he couldn’t afford the £25-fee to complete the formalities (since he needed that money for a more urgent and life-threatening appendectomy). In his own words, “Morally I’m a PhD, … Anyway it was unfashionable in my day.”

Of course, in the greater scheme of things, scientists are just people, and largely insignificant. Yet that ancient human drive to wonder about what might be out in space, or across the ocean, remains the key attribute that continues to drive scientists.

Sunil Laxman is a scientist at the Institute for Stem Cell Biology and Regenerative Medicine, where his research group studies how cells function, and how they communicate with each other. He has a keen interest in the history and process of science, and how science influences society. Crosstalk is a monthly column on the history and philosophy of science.