All but Forgotten: Choudhary Rahmat Ali, the Inventor and First Champion of Pakistan

How Rahmat Ali, who styled himself as ‘founder, Pakistan National Movement’ and was the first to coin the name 'Pakistan', fell from grace. 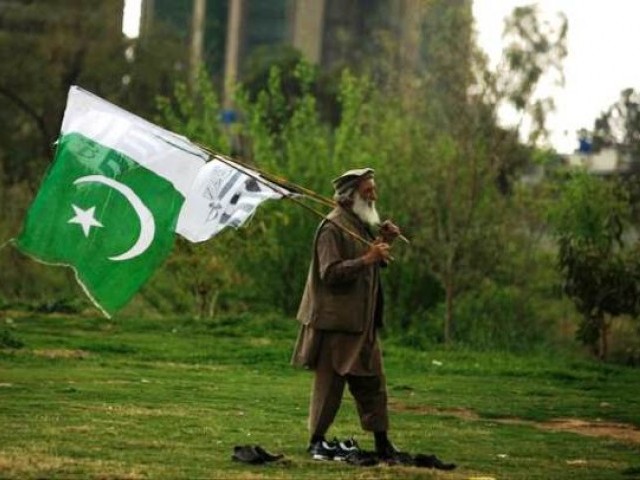 Many in FATA and in KPK, as also outside the area, continue to be opposed to the introduction of administrative and judicial systems that are alien to the traditional ways. Credit: Faisal Mahmood/Reuters Files

On February 20, 1951, the master of Emmanuel College at Cambridge, Edward Welbourne, very graciously arranged a burial for one of his former students at the Newmarket Road Cemetery, Cambridge. The man in question was insolvent and had died more than two weeks previously — on February 3. It was just as well therefore, that due to the influence of Welbourne, the dead man’s former college bore all the funeral and medical expenses as well.

This was perhaps not how it was supposed to end. Choudhary Rahmat Ali should have had at least partaken some of the glory that his late, lamented countryman, Muhammad Ali Jinnah, who had passed away a little more than two years ago — in September 1948 — had been bestowed with. But that was not to be and the end came rather quietly.

It was accompanied by a letter which ran as follows:

I am enclosing herewith an appeal on behalf of the thirty million Muslims of PAKISTAN, who live in the five Northern Units of India – Punjab, North-West Frontier (Afghan) Province, Kashmir, Sind, and Baluchistan. It embodies their demand for the recognition of their national status, as distinct from the other inhabitants of India, by the grant to Pakistan of a separate Federal Constitution on religious, social and historical grounds.’

Rahmat Ali signed off in the letter as Rahmat Ali (Choudhary) and styled himself as ‘Founder, Pakistan National Movement’. It was the first time that this newly-coined word ‘Pakistan’ had appeared in the public domain. It was the birth of an idea, an idea that would alter the history of South Asia forever. 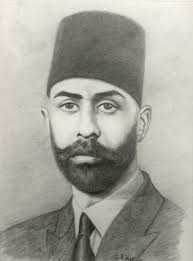 Ali’s pamphlet was argumentative and vehemently attempted to drive home certain points. In the then-ongoing talks for a federal constitution (which later resulted in the Government of India Act, 1935, allowing for limited self-government by Indians), he feared that Muslim leaders were signing away the rights of the Muslims. He feared that the Muslim minority would be subsumed by the Hindu majority under the terms of the proposed ‘constitution’. The ‘one in ten’ minority which Muslims would be reduced to was by Ali’s reckoning something of a ‘death-knell’.

Arguing that Europe (excluding Russia) was about the size of India, but divided into 26 nations, Ali in effect questioned the premise of the Indian nation itself. That it was the British who had first given India a semblance of unity was another point he made. Then there were the differences between the Hindus and Muslims in terms of prayer, food, culture and so on, all of which he harped on to justify his case for a separate ‘Pakistan’. That this would result in Hindus and Muslims living together peacefully, but separately, was yet another of his arguments. It was a far-fetched argument, or so many thought.

When Now or Never was published, Ali was 36 years old. Born in a Gujjar Muslim family in Balachaur in the Hoshiarpur district of Punjab in 1897, Ali graduated from Islamia Madrassa, Lahore in 1918 and taught at Aitchison College, Lahore for a while before joining Punjab University to study law. It appears that after his legal studies he served as a legal adviser to a Baluchi landlord in which capacity he was able to save enough money and in 1930, move to England to join Emmanuel College, Cambridge. Subsequently, he obtained a BA degree in 1933 and MA in 1940 from the University of Cambridge. In 1943, he was called to the Bar, from Middle Temple, London. 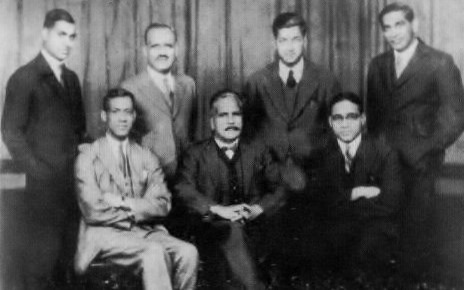 In 1934, Ali met Jinnah and presented his idea to him. According to K.K. Aziz, Ali’s biographer, Jinnah told him, ‘My dear boy, don’t be in a hurry; let the waters flow and they will find their own level …’ Jinnah in 1934 was in the process of returning to India after having been in England since 1930. He had been on something of a sabbatical from politics and had established a flourishing legal practice in England. He had disagreed for some time with the mass politics that Gandhi’s Congress practised.

The Muslim League was a moribund body at that time. Ever since a discussion of Jinnah’s Fourteen Points proposal at a League meeting in 1929 (in response to the Motilal Nehru report of 1928 on the proposal for an Indian dominion) had dissolved into bitter argument, Jinnah had kept away from the League as well. But persuaded by Liaquat Ali Khan (the future Pakistan prime minister), Jinnah was now on his way back to the centre-stage of Muslim politics. At this juncture, Jinnah is unlikely to have thought of Ali’s idea as anything more than a pipe-dream. And a fantastic one at that.

But, Ali was now a man on a mission. In 1935, he published a book titled Pakistan: The Fatherland of Pak Nation. This was a more detailed stab at grounding the idea of ‘Pakistan’. In it, Ali gave ‘Pakistan’ clear geographical contours, attempted to fashion a history for it, discussed its ethnic composition, identified this notional nation’s national ‘shrines’ and symbols, spoke of a national flag besides identifying a national language (which he interestingly referred to as ‘… Pak, which is known to the older generation as Urdu’).

Some of the book was fanciful — like his claim of a ‘Pak Empire’ stretching back to the ancient past and his insistence on referring to people even then as ‘Paks’. Some of it was idealistic—for instance, his vision of Islam as an all-uniting factor that would transcend the other identities derived from region, caste, class and language. It was nevertheless an attempt to give concrete shape to a dream.

In India, however, politics was taking a different turn, a turn that Ali would not have been unhappy with. In 1937, Jinnah gave up all hope of reconciliation with the Congress. His politics took a more definite turn towards separation, at least as far as his articulation was concerned, though it wasn’t until much later that he really began to see it as a definite possibility. But, the influence on Jinnah was more of Sir Muhammad Iqbal, who had originally put out the idea of a separate entity, but within the federation, rather than that of Ali.

At the Lahore session of the Muslim League in 1940, Jinnah stated his idea clearly:

‘That geographically contiguous units are demarcated into regions which should be so constituted, with such territorial readjustments as may be necessary, that the areas in which the Muslims are numerically in a majority, as in the North-Western and Eastern zones of India should be grouped to constitute Independent States in which the constituent units shall be autonomous and sovereign.’

In 1943, Jinnah began to publicly use the word ‘Pakistan’. Ali’s moment had arrived or so, it seemed.

Eventually, Pakistan did become a reality in 1947, but Ali was in England throughout this time. His contribution was largely through pamphleteering. Not for him, the politicking and the mass-mobilisation and the street fights. But when Pakistan did come into being, he had much to say, a lot of it uncomplimentary. The Pakistan that came into being in 1947 was smaller than what Ali (or for that matter, Jinnah) had envisaged. Recognising the attenuating circumstances, Jinnah chose to make the best of it. Ali however chose to deliver scathing criticism.

He arrived in the new state only in April 1948 to very little acclaim or recognition. Jinnah was now governor-general in the newly-formed state and those who had fought battles for Pakistan on the ground occupied other positions of power. The new nation had little use for Ali, now seen as little more than an irritant.

In October 1948, barely a month after Jinnah’s death, Ali was ordered by Liaquat Ali Khan, Jinnah’s successor, to leave the country and his belongings were confiscated. Partition had already done Ali great damage. He had lost his ancestral landholdings in what was now Indian Punjab and he had effectively lost his access to a steady income. The order to leave Pakistan was another cruel blow.

Coming back to England, Ali spent the remaining years of his life in genteel poverty. His death, when it came in 1951, was a lonely one. His body wasn’t discovered until a few days later. It fell to his old college to pay for his funeral. The Pakistani government eventually reimbursed Ali’s funeral expenses to Emmanuel College in November 1953, but only after much protracted correspondence and dilly-dallying.

Ali’s grave continues to remain in England, though. In death as in life, his ‘home’ has no place for him.