Can Gandhi's Teachings Help Us Find a Way Out of a World Full of Strife?

Gandhi's last days were spent in preventing communal hatred and in devising a strategy against it. The challenge remains with us to this day. 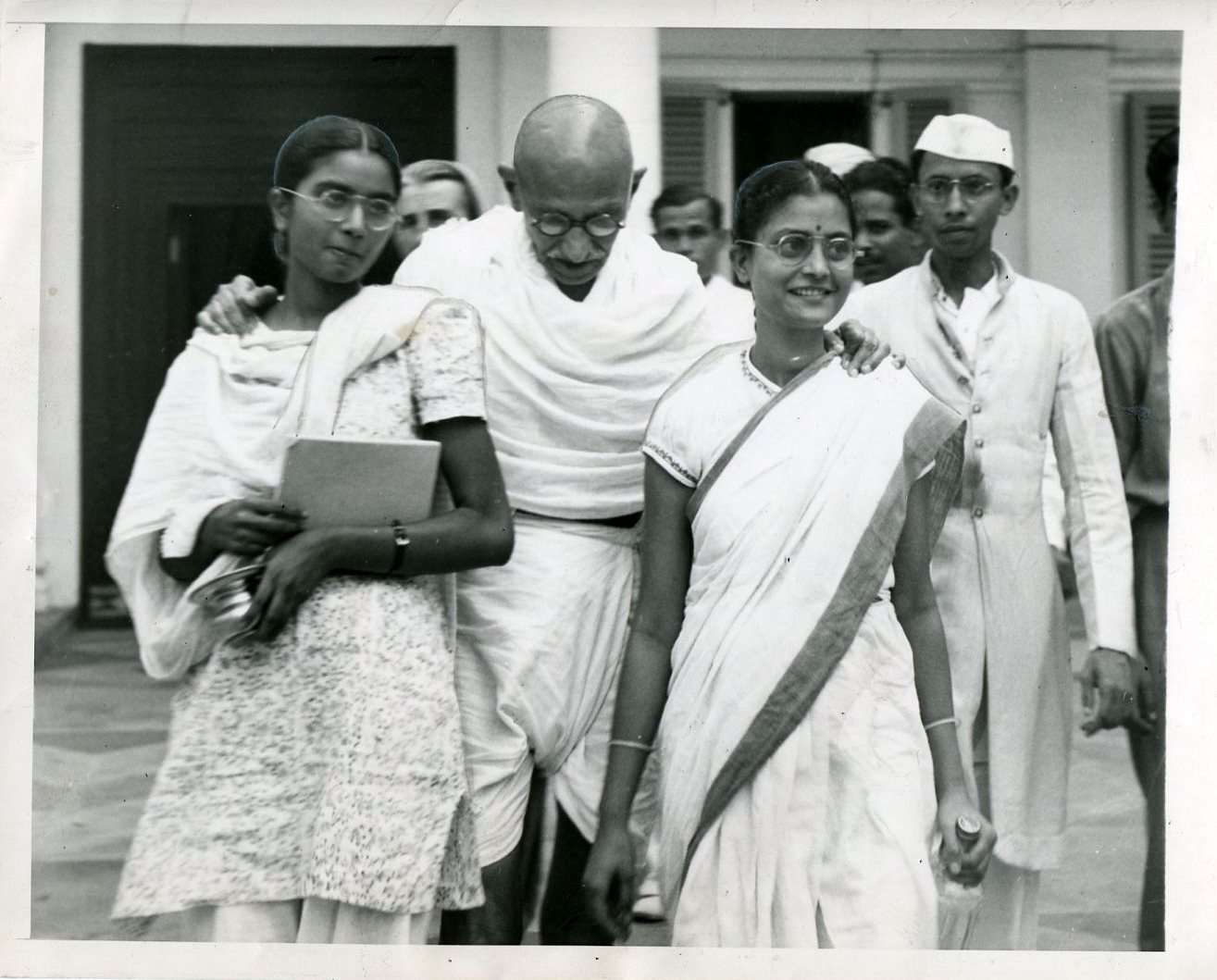 On January 30, former Vice President Hamid Ansari made a speech at the Gandhi Peace Foundation to mark the 70th anniversary of Mahatma Gandhi’s assassination. The full text of his speech is reproduced below.

It was Albert Einstein who observed on the occasion of Mahatma Gandhi’s 70th birthday that future generations will scarcely believe that such a man “ever walked in flesh and blood upon this earth”. Today we have observed the 70th anniversary of his assassination at the hands of a man whose mind was filled with rage and hatred.

Then it was rightly said that few could have laid a greater claim to immortality than this true servant of humanity and champion of the downtrodden.

As-salaam ai Hind ke shah-e-shaheedan as-salaam was the title of a long elegy or marsiya on the Mahatma written by the Urdu poet Josh Malihabadi. Allow me to cite a few of its couplets reflecting the rage and bitterness over the heinous act resulting in the loss of someone so near and dear to the masses:

Jazba-e-khidmat se raaton ko na sona jurm hai
Mujrimon ke darmiyan maasoom hona jurm hai
(Losing a night’s sleep for the passion of service is a crime as is being innocent amongst killers.)

When the film Gandhi was shown to Western audiences in 1982, hundreds of young people in distant lands were motivated to study modern Indian history. And yet today, in our own land, enough attention is not given to educate our children about the man and his teachings; instead, some even go so far as to be dismissive of him.

So who was Gandhi? What did he do that made millions follow him? What was his role in the freedom movement? Why did he evoke adulation and respect nationally and globally? Why do some belittle his legacy?

Asked about the India of his dream, Gandhiji said, “I shall work for an India in which the poorest shall feel that it is their country, in whose making they have an effective voice.”

Also read: Seventy Years Later, Where Do We Look for Gandhi?

He candidly admitted that he was not a saint and held that “the golden rule of conduct is mutual toleration, seeing that we will never think alike and we shall always see truth in fragments and from different angles of vision”.

His practice was grounded in realism. He said, “Outwardly we follow truth and non-violence. But inwardly there is violence within us. We practiced hypocrisy and as a result we have to suffer the pain of mutual strife.”

In a biography published in 2011, Joseph Lelyveld had observed that “in India today, the term “Gandhian” is ultimately synonymous with social conscience; his examples – of courage, persistence, identification with the poorest, striving for selflessness – still has a power to inspire”.

Is this an isolated view of a foreign friend and admirer of all that Gandhiji stood for? How true are we actually to Bapu’s legacy?

Today, let each one of us assess our commitment in practice to these principles.

His last days were spent in preventing communal hatred and in devising a strategy against it. The challenge remains with us to this day because his teaching of humaneness, toleration and inclusiveness has not been imbibed by us in sufficient measure.

Visitors to the Raj Ghat today, as in previous years, would have passed by a stone tablet with an inscription a little away from the Samadhi. It bears the title: Seven Social Sins. Written in October 1925, the Mahatma considered them spiritually most perilous for humanity. I have read the inscription often and consider it the gist of Gandhiji’s teachings. Allow me to share it with you:

Each of these is a statement of principle that can be comprehended and implemented individually and collectively. There is in fact a pattern in the last words of each dictum: principle, conscience, work, character, morality, humanity, sacrifice. When the first words of each principle are put together, they sum up different forms of human activity.

In the Gandhian approach, therefore, conscience is motivated by considerations of humanity and sacrifice to develop a moral character that holds aloft the banner of principled approach. Its reverse would be selfishness inducing an unprincipled, opportunistic approach to work that would neither be just nor humane.

Preaching is one aspect of the matter; practice is another. The greatness of Mahatma Gandhi lay in the convergence of the two. For him it can truly be said that his life was his message just as his message is to be found in his life, the manner in which he dealt with people and situations.

The true source of rights, he said, “is duty and if we all discharge our duties, rights will not be far to seek”.

For us, citizens of this ancient land assembled here to pay tribute to the greatest Indian of our times, the concept of ‘duty’ is spelt out in Article 51A of the constitution. It lists 11 Fundamental Duties; each imparts a duty of importance on citizens; some have generated law suits and case law in higher courts; many are observed in tacit or express violation in ignorance or with impunity. Allow me to mention four of the latter that were particularly close to Bapu’s life and teaching:

Each of these is obvious, even taken for granted. To comprehend them better, I would suggest that we look at their converse and contemplate the following: promote disharmony and discord in society, devalue and abandon ingredients of our composite culture, do not protect environment, and allow prejudice and superstition to prevail.

The same conjuncture can be attempted for all other duties listed in the clause, and with the same unpalatable results. This validates Gandhiji’s dictum.

How true are we to this set of duties? An audit would be very much in order since every oath of high office in the republic, as per the third schedule of the constitution, commits the oath taker to “bear true faith and allegiance to the constitution”. In addition, the president and governors also shoulder the responsibility to “preserve, protect and defend the constitution”.

Democracy, to Gandhiji, “was not a state in which people act like sheep. Under democracy individual liberty of opinion and action is jealously guarded”. To him, “a government that is evil has no room for good men and women except in its prisons”.

A cursory glance on the national scene gives us answers that are disheartening. There is a perceptible decline in the level of harmony in society with points of discord being manufactured in disregard to the age old practices of toleration and accommodation. Furthermore, respect for traditions of composite culture seems to give way to imagined monoculture that is not reflective of the experience of many segments of our people. The same holds for protection of environment where disregard for rules and court injunctions in our own city has caused irreparable damage. Lastly, in an age of science, our patronage of superstition and disregard for scientific temper invites derision from the outside world where we propagate our scientific achievements.

Would any of this receive Bapu’s blessing? 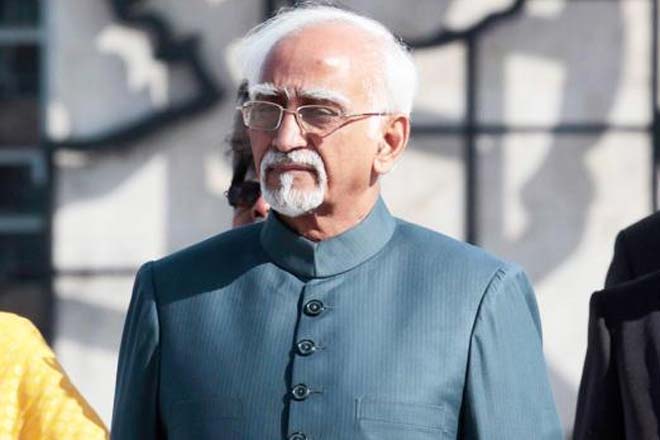 What is Gandhiji’s relevance to our world of today and tomorrow, nationally and internationally? Ours is an integrating world characterised by shrinking spaces, common threats and overlapping concerns. The common interest of humanity has to take precedence over sectional interests and this has to be reflected in our thought processes and behaviour. Thus his message of fraternity and brotherhood, compassion and non-violence, and preparing the human mind for them, constitute a trinity that cannot be segregated.

Gandhiji subscribed to the ancient motto: education is that which liberates. Education, he said, must be of a new type for the sake of creation of a new world, adding that “By education I mean an all-round drawing out of the best in the child and the man, body, mind and spirit. Literacy is not the end of education nor even the beginning. Craft, art, health and education should be integrated into one scheme.” He called it nai talim. Such an approach to education aimed at training and opening up the mind, induce it with compassion for fellow human beings, would contribute to better citizenship, nationally and globally.

Gandhiji was the greatest exponent of non-violence in modern times. He rejected the notion that force yields only to force and held that the principle of eye for an eye would end up with the whole world becoming blind. He viewed it as an all-pervasive creed: “I cannot be non-violent about one activity of mine and violent about others, or that it can be practiced by individuals but never by nations which are composed of individuals. He made the idea a tool for social and political action and into a method for conflict resolution. The method of passive resistance, he said, ‘is the clearest and the safest because, if the cause is not true, it is only the resisters, and they alone, who suffer.”

Also read: Reading as a Sadhana: Gandhi’s Experiments With Books

Writing in the Harijan on December 30, 1939, he observed that “if India is to evolve along non-violent lines, it will have to decentralise many things (since) centralization cannot be sustained and defended without adequate force.”

The idea of non-violence developed a global following. It was invoked with much success in South Africa and in the United States and inspired movements and leaders in many other countries like the Philippines, Poland, Czechoslovakia. It has been used, sporadically, by Palestinians against Israel in Occupation Territories and was the theme of a 2009 award winning and much acclaimed documentary Budrus whose script included a statement from a soldier that “nothing scares the army more than non-violent opposition”.

Friends, ours is a world full of strife – local, regional, national and international. We do not seem to find a way out of the labyrinth. Can the Mahatma’s teaching help?

To my mind, it can. Experience shows that resort to force and violence do not solve problems and that, eventually, adversaries resort to negotiations and accommodation. The charter of the United Nations advocates the practice of tolerance and good neighbourliness for harmonising actions of nations. Thus both national duties of citizens and international obligations of countries converge in advocating harmony and fraternity. It is another matter that often enough both fail; yet neither is wicked enough to disown the principle or abandon the pursuit of walking towards a receding horizon.