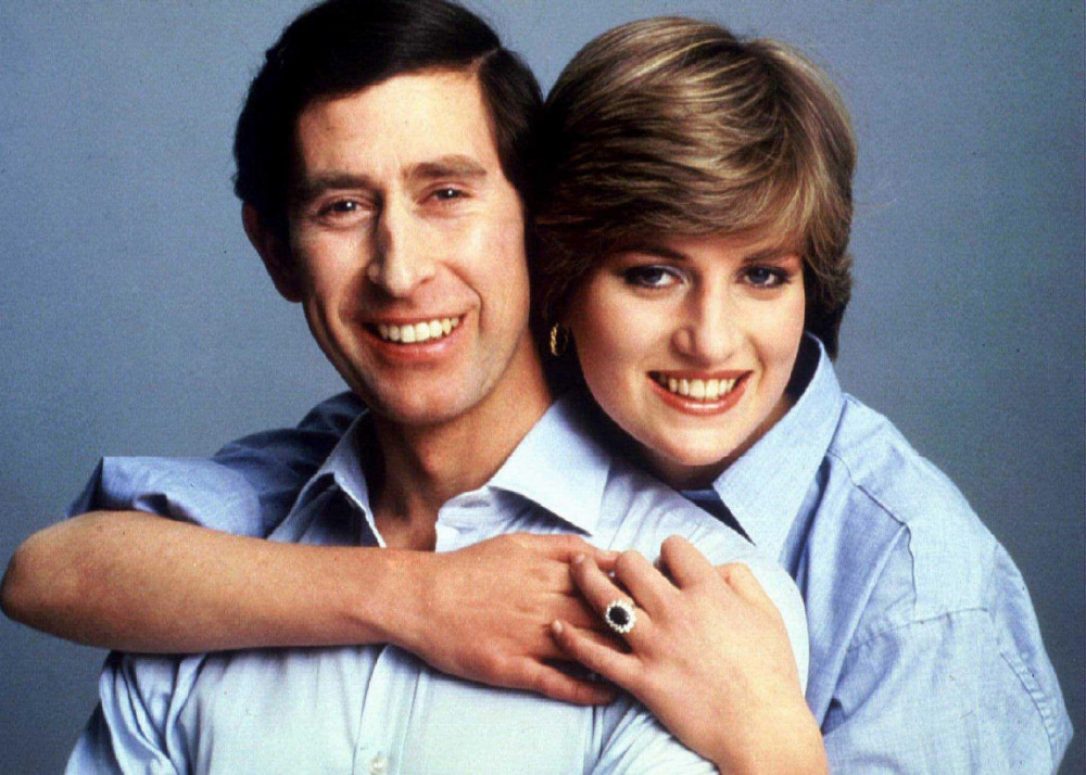 There’s little use for royalty in the post-modern world other than, perhaps, to satiate the voyeuristic tendencies of the human race. Rumour and gossip abound, many a tabloid has thrived by stalking celebrities and royals alike. And of persistent and undiminished interest has been the British Crown, with Netflix having released a series on the present reigning queen’s early life.

And one has only to look at the kind of engagement Kate (then Middleton) and William’s wedding generated worldwide by way of skyrocketing TRPs to know that the king will most certainly live long, even in this day and age. Nearly 75% of the British populace, writes Zoë Heller, still believe that Britain would be worse off without the monarchy. Of course, there are still the occasional anti-royalists who tend to upset everyone else by complaining the monarchy is a waste of tax-payers’ money. But haters will be haters. As long as the monarchy is alive, the possibility of fairy tales exists. And no one exemplifies this dream today, as much as Kate – the commoner turned royal. Her fairytale seems to be holding. And if the press is to be believed, the Duchess of Cambridge seems to be fairly happy and coping well.

But her late mother-in-law wasn’t as lucky. About three decades ago, on July 29, 1981, was the first royal fairytale wedding that was televised for the world to see. The heir-apparent, Prince Charles got married to the charming Lady Diana Spencer. But not so happily ever after.

Diana was first acquainted with Charles when she was 16 and his love interest was actually her sister, Sarah. She was introduced to Charles in November 1977, in the middle of a field on her family’s estate, while the prince was shooting. The prince has been invited to the estate for the weekend and a ball was held in his honour. Diana’s biographer, Anthony Morton, wrote that she had thought at the time that Charles was “sad man.”

A couple of years later, Diana moved into a flat in Colherne Court in London, with two friends. She had a vociferous passion for cleanliness and often took matters into her own hands, scrubbing floors and suchlike. Morton seems bent on portraying her as a Cinderella, and he uses the word ‘Cinderella’ several times throughout his biography. She also took cooking classes and later went on to become a kindergarten teacher. Her week consisted of a few afternoons at the kindergarten, in addition to which, her sister, Sarah, had also employed Diana as a cleaner for her Chelsea apartment at £1 per hour.

Throughout 1979, Diana often found herself invited to social scenarios that placed her in Charles’s vicinity. A lot of it seems to have involved her watching him play polo or accompanying him and a bunch of others while they went shooting. And thus the romance, as it were, developed. Though not without contention. There were two others – Amanda Knatchbull and Anna Wallace – either of whom Charles could have asked to marry, but they were deemed to be unsuitable brides, either for their brashness or for harbouring unbefitting “friendships” on the side. Even Diana’s sister, Sarah, lost out on the chance to be queen because the crown thought she was too friendly and forward with the press.

But the prince was ageing and the crown needed an heir. Sally Bedell Smith, in her biography of Charles, wrote that the reputation of the prince as a playboy was one that was largely constructed by the crown and fed to the press – engineered by his great-uncle Lord Mountbatten who had told Time magazine that the young prince was frequently “popping in and out of bed with girls.” Smith suggests that Charles himself did not appreciate this reputation. Nevertheless, it was thrust upon him, as Heller writes, “in an effort to make an awkward, emotionally immature young man more appealing and ‘accessible’ to the British public.” 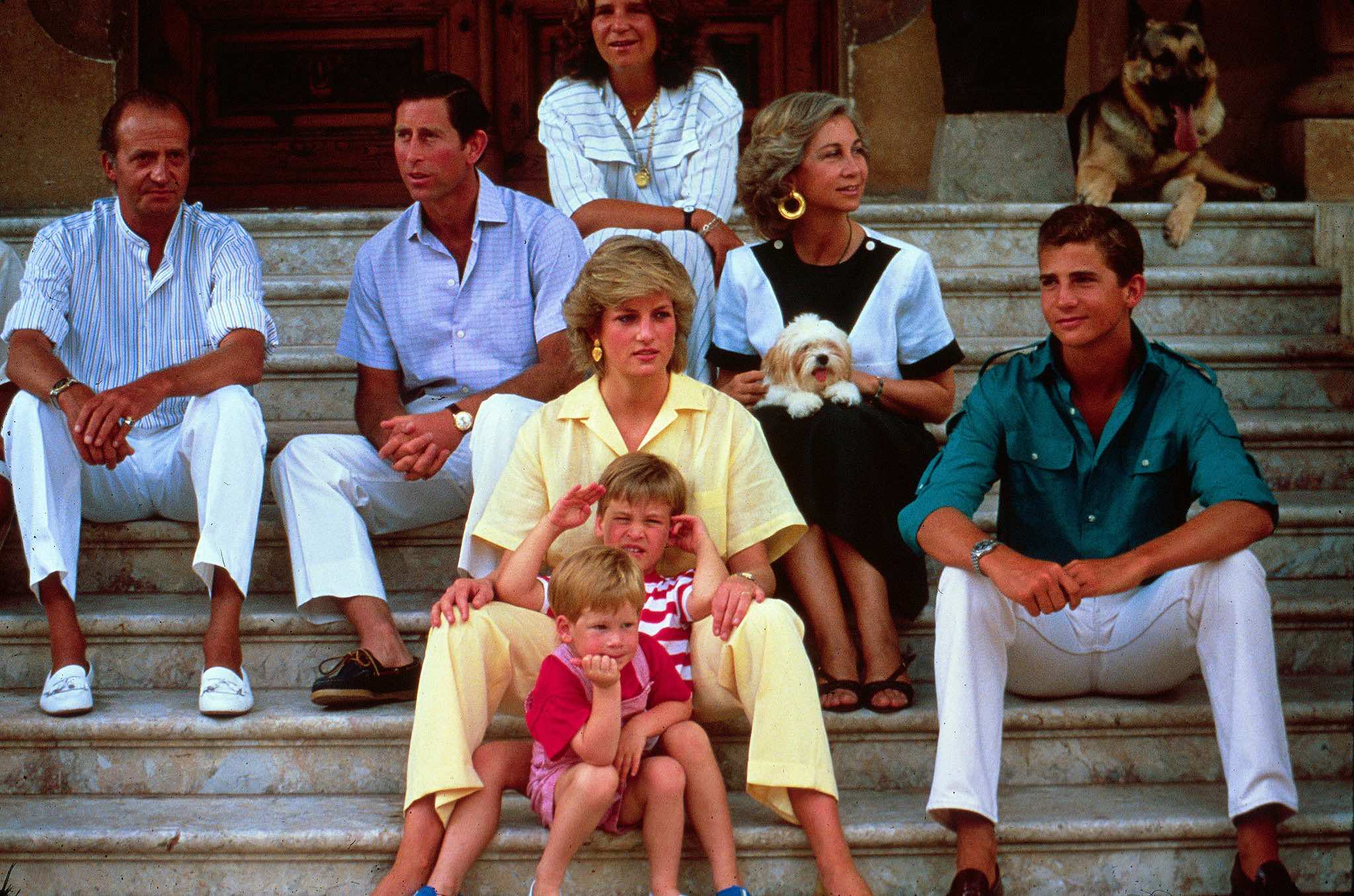 Things between Diana and Charles got serious only in July 1980. They were both the guests of Prince Phillip’s friend, Commander Robert de Pass, at Petworth. Diana had been invited by the good commander’s son, in the hope that she might “amuse” Charles. As per Morton, Diana said to him, “You looked so sad when you walked up the aisle at Lord Mountbatten’s funeral. It was the most tragic thing I’ve ever seen. My heart bled for you when I watched. I thought: ‘It’s wrong, you’re lonely, you should be with somebody to look after you.’” And that seemed to have won the prince’s heart. But not enough for him to have abandoned protocol – Diana was still to address him as “Sir” until they were officially engaged, as the norms of royalty demanded.

Charles began the business of seriously wooing her shortly after that. And the press caught scent of it soon enough. They followed, heckled and harassed Diana so much that she found it difficult to leave her flat, even to go to work at the kindergarten. Her furious mother, Frances Shand Kydd, wrote a letter to “the editors of Fleet Street” in December that year, where she asked, “whether, in the execution of their jobs, they consider it necessary or fair to harass my daughter daily, from dawn until well after dusk?”

On February 6, 1981, Charles finally proposed to Diana, formalising the engagement. One can only imagine that Diana must have heaved a great sigh of relief because it meant she could finally address him with his first name.

A few days later, a formal announcement of the engagement was made by the crown. Interviews were conducted and a jubilant Diana proclaimed her love for the prince, who could only reply, “Whatever love means.” This little statement came back to haunt Charles later, when it was used as evidence of his villainy, in that he was less than lukewarm about his engagement to Diana. Smith however, defends him, saying that the context was entirely different and he had told the interviewer that he was “just delighted and happy” only moments before.

Charles was 32 and Diana 19, going on 20. The proposal had been made and they were to be married five months later in July. By the end of February, when Diana moved out of her flat to Clarence House (the queen mother’s residence), her initial ecstasy was already beginning to dampen. No one from the royal family was there to welcome her when she arrived at Clarence House. Not even Charles, writes Morton.

It was during her five-month engagement that she began to suspect that there might be more to Camilla Parker Bowles, who was closely acquainted with the prince.

Jonathan Dimbleby, another of Charles’s biographers, claimed that the Prince met Parker Bowles at a friend’s apartment where he had gone over for a drink. He wrote that, “He lost his to her almost at once.” They met in 1972, when Charles was 23. Smith describes Parker Bowles as a lively, maternal woman with “enormous sex appeal” and “For a young prince with downbeat tendencies, that sort of personality was catnip.” Indeed, the only problem with Parker Bowles was that she had a “history”, which in the queen’s English meant that she was no stranger to sex. The conniving great-uncle Mountbatten had, in fact, thought that Parker Bowles was a good “learning experience” for Charles.

Diana on the other hand, fit the bill perfectly. She was young, virginal and came from an aristocratic family. Her grandmother was one of Queen Elizabeth’s ladies and the Spencer family tree went back centuries, with several members having served the crown in close capacity. But the marriage demanded that Diana abandon all the things that made her, her. It would mean that she would become a symbol that forcefully subsumed all else. She reportedly told her pianist Lily Snipp (who wrote as much in her journal), “In 12 days time, I shall no longer be me.”

The weeks before the wedding were fraught with tears and a sense of foreboding, and Parker Bowles’s shadow loomed over the couple. The weekend before her wedding, the press caught her leaving a polo field in a fit of tears because Charles insisted on giving Parker Bowles a gift, and on Monday, she was seriously reconsidering the marriage when Charles went to deliver the said gift, though all the arrangements were all done. Her sisters dissuaded her, telling her, “your face is on the tea-towels so you’re too late to chicken out.” 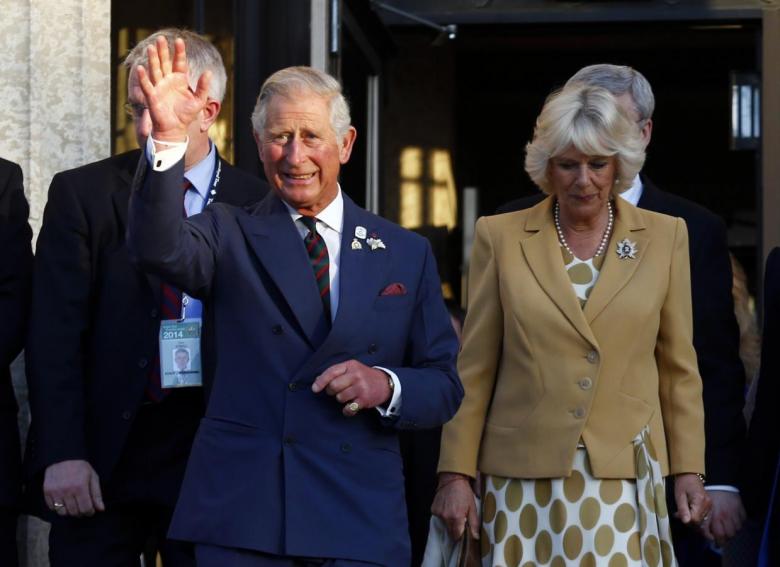 On the night before the wedding, she was at Clarence House when Charles sent her a signet ring and a note that made her feel calmer. The note said, “I’m so proud of you and when you come up I’ll be there at the altar for you tomorrow. Just look ’em in the eye and knock ’em dead.”

For all the bravado in his words, Charles, Smith wrote, was crying away the night before the wedding.

All went as planned on the day of the wedding and the world admired the royal couple. But six years later, Charles wrote to a friend, “How could I have gone so wrong?” while Diana, when the divorce was inevitable, had said that she knew, walking up that aisle that she was a “lamb for slaughter.”

As the marriage unravelled in the early 90s, Diana had famously said that there were three of them in that marriage, the third being Parker Bowles. The scandal became public and eventually was fought very publicly. Morton’s biography was primarily drawn from tapes that Diana had recorded and had sent, to get her side of the story out. The biography detailed her slipping mental health, bulimia and her many suicide attempts, which Morton clarifies vehemently, were not really meant to kill her – they were repeated cries for help that Charles ignored, preferring to leave her to the mercy of several doctors and therapists when all she wanted was care and comfort. Charles retaliated with an interview where he admitted to his affair with Parker Bowles, but said that he did his best to make the marriage work. Each did their best to win public opinion, with their public appearances clearly attempts to manipulate their image in their side of the story.

But it was a battle Charles was destined to lose, even though he claimed that Diana was quite unstable and had inflicted many cruelties on him. Prevalent morality dictated that Diana was the wronged party, so the villains were he and Parker Bowles. The public was never going to side with a stiff and reticent man who admitted to infidelity when they could side with the people’s queen who bridged the ordinary and the extraordinary by showing the world that royals too are capable of doing the most mundane things like buttering toast for a footman.

The lamentable conclusion that one must arrive at is that if only the British Crown hadn’t cared for Parker Bowles’s lack of virginity, they could have potentially spared the three people involved, their offspring and the very emotionally-invested British public a world of grief.