Despite being a widely celebrated figure in India's protracted freedom struggle, Bhagat Singh's role as a fearless and pioneering journalist at the time is often overlooked.

Bhagat Singh is widely venerated as a radical thinker; political revolutionary; a great intellectual, despite his young age; and a martyr, who was reading Lenin in his last moments before being hanged in a Lahore jail on March 23, 1931. However, he is seldom celebrated as a journalist; an identity that was quite intrinsic to his critical thinking, individuality and revolutionary integrity.

Indeed, the thinking aspect of his personality – which made him stand out markedly from among all modern political revolutionaries – manifested itself, to a large extent, through his journalistic endeavours.

Singh was a committed, multi-lingual journalist. He frequently produced politically charged and socially-rooted writings on several pressing contemporary issues. He mostly wrote in three languages: Punjabi, Urdu, and Hindi and, occasionally, in English.

Singh was a trained journalist who started young. He began his journalistic journey working as an apprentice with well-known media organisations of his time, like Pratap and Vir Arjun. Significantly, he honed his journalistic craft under the editorship of Ganesh Shankar Vidyarthi, a pioneer of radical journalism in India and a solid Gandhian political activist.

In his short, creative and meaningful journalistic career – which coincided with and ran parallel to his revolutionary political life – Singh, in varying capacities, was associated with more than a dozen prestigious newspapers and magazines that were published from different parts of the country. These included Kirti, Pratap, Maharathi, Vir Arjun, Matwala, Prabha, Akali, Chand, Bande Mataram, among others.

Sadly, a substantial body of Singh’s journalism, it is believed, has been lost to the ravages of unrecorded history as he often wrote under pseudonyms. The most common pseudonyms that he used for bylines were ‘Vidrohi’, ‘B.S. Sindhu’ and ‘Balwant Singh’. Needless to say, he was compelled to resort to this method because, for most of his active political and journalistic life, he had to remain underground while trying to escape the unjust scrutiny of an oppressive and ruthless colonial administration.

Over time, as Singh matured in terms of a thinker, he assumed a senior editorial role. He went on to serve in the editorial team of Kirti, a reputed Punjabi magazine, for which he worked with sincere dedication. During this stint, – which lasted for more than three years, from March 1925 to July 1928 – Singh functioned as a seasoned and professional journalist, while vociferously propagating his progressive ideas far and wide.

More importantly, he seamlessly blended his professional work with his political education and, in turn, lent a much-needed idealism, conviction and moral fibre to the radical tradition of Indian journalism. Indeed, the freedom movement against the British colonial regime in India was replete with several illustrious examples of freedom fighters running small newspapers across India in various languages; against all odds.

Significantly, Singh’s journalism frequently rattled the reactionary conformism of the ruling elite of the time. This is best illustrated by the fact that following his publication of an article titled, ‘Introduction to the Heroes of Kakori’ in Kirti in 1927, – which instantly became a huge sensation nationwide – annoyed British officials went to the absurd and vindictive extent of hounding and arresting him.

Surely, his journalism – which was deeply imbued with Marxist ethics and liberationist fervour – expressly sought to inform and educate the masses about the nuances of the humanist, transformative and creative aspects of radical politics. This is best exemplified in one of his finest journalistic works, titled, ‘Azadi Ki Bheint Shahaadatein (Sacrifices for Freedom)’, published in Kirti in 1927. He spelled out the objective of this series in the following words:

“Our aim is to write a chronological narrative of the agitations by the leaders even while publishing their biographies so that our readers can understand how consciousness was born in Punjab, and how the work was carried on and to what purpose, and what was the ideology for which those martyrs gave up their lives.”

Also read: Bhagat Singh and Savarkar, Two Petitions that Tell Us the Difference Between Hind and Hindutva

Indeed, his journalistic career was marked by relentless courage as his efforts expressly took on the world’s mightiest political power at the time – the British colonial administration, which was infamous for employing its repressive state apparatus against political dissidents most brutally and indiscriminately.

Therefore, in this sense, it can well be argued that Singh’s journalistic career is one of the most seminal, idealistic and glorious chapters of Indian journalism during the protracted freedom struggle in which the revolutionaries played a glorious and dynamic role.

Even during his jail term, Singh’s passionate romance with journalism did not cease to exist. Indeed, his letters and articles continued to appear in newspapers and magazines. It is worth mentioning here that some of his most famous political works, such as, Why I am an Atheist, Letter to Young Political Workers, and Jail Notebook, were written while he was in prison. 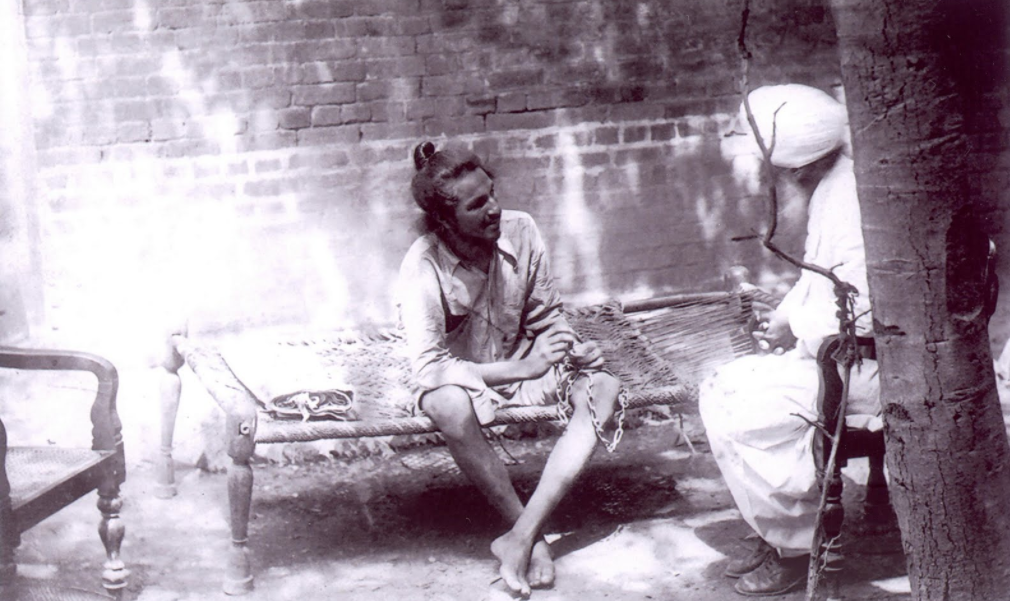 Sadly, Singh’s journalism has remained one of the most under-researched aspects of his life and, therefore, his significant contribution as a pioneering journalist in difficult times continues to be largely ignored. Moreover, he has been basically reduced to a mere ‘political revolutionary who was hanged’.

It is important to reiterate that he was a Marxist political thinker and all his revolutionary actions were invariably guided by his deep, critical thinking and knowledge about politics, culture and society, while reading and absorbing the life and times of great leaders like Lenin, who changed the course of history. That is why he firmly believed that, ‘‘…the sword of revolution is sharpened on the whetting stone of ideas.’’

One of the major reasons why Singh’s journalism has been left ignored is a kind of pronounced ideological bias. The fact remains that the mainstream history of the Indian press has largely been written from two perspectives: the Nationalist and the Gandhian. Singh’s journalism – which is critical, radical and more attuned to the Marxist school of thought – was not in sync with the nationalism of the times and Gandhian values. As a matter of fact, due to the same ideological bias, the journalism of the likes of B. R. Ambedkar also remains routinely invisibilised.

Nevertheless, Singh’s writings are some of the most progressive and enduring legacies of journalism which need to be preserved and researched with academic rigour. His writings convey the message that in times of political repression, an act of speaking truthfully to power through the art and craft of journalism is an act of tangible, historic, political intervention.

In the context of our contemporary times, when sections of the mainstream media – especially certain television channels – ritualistically disseminate crass propaganda and fake news, spread the poison of communalism day and night, and tear apart the pluralistic and secular social fabric of the country in the most grotesque manner,  Singh’s journalism assumes greater significance and relevance. Therefore, his precious body of work should be included in our education and knowledge systems; it should be taught, cherished and celebrated across the length and breadth of this vast country which still holds, in the core of its heart and soul, the original doctrine of Unity in Diversity.