Are the Constants of Physics Constant?

The weird thing about them is that there is no theory to explain their existence. They are universal and they appear to be unchanging. 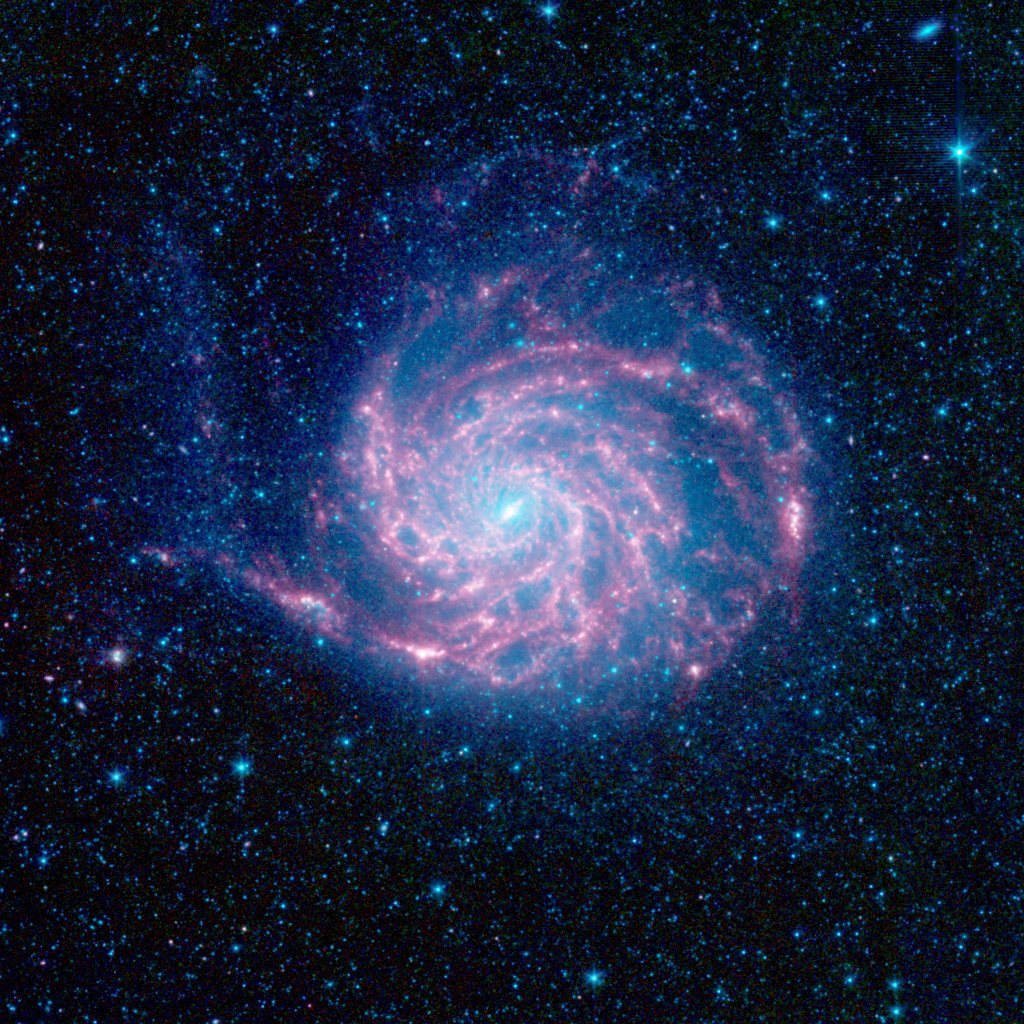 When Max Born addressed the South Indian Science Association in November 1935, it was a time of great uncertainty in his life. The Nazi Party had already suspended the renowned quantum mechanics physicist’s position at the University of Göttingen in 1933. He had been invited to teach at Cambridge, but it was temporary. Then, the Party terminated his tenure at Göttingen in the summer of 1935. Born took up an offer to work with C.V. Raman and his students for six months at the Indian Institute of Science in Bengaluru. While there, he found that his family had lost its German citizenship rights. He was stateless and without a permanent home. And then, there was this uncertainty about two numbers.

The scientific world had been coming to terms with two numbers that had emerged after a series of discoveries and theories in the previous four decades. They were unchanging and they had no units. One, the fine structure constant, defined the strength of interactions between fundamental particles and light. It is expressed as 1/137. The other, mu (μ), related the mass of a proton to an electron.

Born was after a unifying theory to relate all the fundamental forces of nature. He also wanted a theory that would explain where these constants came from. Something, he said, to “explain the existence of the heavy, and light elementary particles and their definite mass quotient 1840.”

It might seem a little bizarre that Born worried about a couple of constants. The sciences are full of constants—one defines the speed of light, another quantifies the pull of gravity, and so on. We routinely use these numbers, flipping to dog-eared tables in reference books, and coding them into our software without much thought because, well, they are constants. But the weird thing about such constants is that there is no theory to explain their existence. They are universal and they appear to be unchanging. So is the case with the masses of protons and electrons. But time and time again, they are validated through observation and experiment, not theory.

What Born and so many others were after was a unifying theory that would demonstrate that there could only be one unchanging value for a constant. Without this theory, scientists resort to testing limits of a constant. Measuring the constant is a good way to verify that theories using them make sense, that science stands on firm ground. Error from the measurements can be a huge concern. So, instead of validating the masses of protons and electrons, it’s useful to measure the ratio of their masses, a number that is free of the burden of units.

The search for a unifying theory continued. Two years after Born’s lecture, his Cambridge colleague, Paul Dirac, wondered in a Nature paper whether the constants were indeed constant if one were to look at the entire history of the cosmos. Measurements on earth are useful but it is a tiny blue dot in the vast universe. What Dirac asked decades ago is what physicists continue to ask today. Is it a constant everywhere in the universe? Why is it a constant? How constant? The question lingered even as the decades rolled on. “The most exact value at present for the ratio of proton to electron mass is 1836.12 +/-0.05,” wrote Friedrich Lenz in a 1951 Physical Review Letters paper. “It may be of interest to note that this number coincides with 6pi^5=1836.12.” That was the entire paper.

Questioning the constant is really not that far fetched an idea: the existing theories don’t prevent the constants from having a different value. The universe went through three broad phases – the initial radiation dominated phase soon after the Big Bang, a long matter dominated phase, and then a very long dark energy dominated phase that began six billion years ago. One hypothesis is that the mass ratio might have varied only in transitions between the phases. The actual value of the mass ratio (1836.15267389) is not of as much a concern as the uncertainty around its stature as a constant. And scientists have made incredible progress at tackling this uncertainty number.

Later this year, researchers from the Vrije Universiteit in Amsterdam along with collaborators from the University of Amsterdam and the Swinburne University of Technology in Melbourne will publish an overview of their findings in the quarterly journal Review of Modern Physics (the paper is available on arXiv). The mass ratio, they write, varies less than 0.0005%, not enough to call it a change. This is based on telescope observations going as far as 12.4 billion years back in time when the universe was only 10% of its current age.

The conclusion is both mundane and astonishing. Change is so omnipresent that we don’t think twice about how much it is part of our fabric. A human cell might endure a million DNA mutations within a day. Summer’s green leaves become fall’s orange before crackling as winter’s brown under our feet, all within a year. Gases coalesced and gravitated around each other over millions of years, packing into rocks like our water-drenched Earth that orbits the sun. But underneath all that change lies one number that connects them all and a number that has remain unchanged as far as we can see in the cosmos. And we don’t know why. The mu is like scientific gospel that wills the universe into existence.

The history of the cosmos is a good sandbox for measuring drifts in the constant. Since light from the early universe continues to reach earth, radio telescopes are effective tools to study the mass ratio. Ancient light interacts with gases in faraway galaxies and stars before reaching earth. The light arrives at earth with a fingerprint of these gases, which absorb certain frequencies of light. It shows up as absences in the spectrum when reviewing the telescope data. By comparing this fingerprint with lab measurements on the same gas, scientists can deduce the mass ratio variations.

The Vrije Universiteit group is one of a handful of teams in the world that has been on the case of the proton-electron mass ratio for over a decade. They have collaborated with scientists from Australia, France, Russia, Switzerland, the US, the UK, India and the Philippines. They have probed tiny bits of hydrogen, ammonia and methanol hovering billions of years away in space. They have compared signals from the Very Large Telescope in the cold, dry desert of north Chile, from a 100-meter radio telescope in a historic spa town in Germany, and from a 30-meter radio telescope in the Spanish Sierra Nevada. They have even used the Hubble Space Telescope to look at white dwarf stars to see if environments with 10,000 times more gravity than earth would alter the mass ratio.

And… nada. ‘Null result’ is one of the most common phrases in their papers. Which is good. Even a small change of a few percent in the value of the ratio would mean a different universe. A smaller mass ratio could mean a wimpier proton, and possibly a weaker pull for the electrons orbiting the nucleus, leading to different kind of matter.

While the world isn’t very kind to research that doesn’t have anything new to offer, a null result doesn’t mean the matter can be put to rest. Therein lies the quandary which makes the VU team’s research feel like it is equal parts futile and important. No theory in physics can explain the constant mass ratio, the steadfast shepherd of science. It just is, shrug.

Of course, the VU team is not alone in the search. As early as 1996, another team at the Ioffe Physical Technical Research Institute in Russia analysed spectral lines from outer space to gauge variations in the mass ratio. Scientists at Cambridge and at the Swinburne University of Technology have looked for drifts in the fine structure constant. But it is the VU group that has perhaps been occupied with the mass ratio the most. Over more than a decade, this preoccupation has produced one of the most comprehensive and intriguing bodies of work. Year after year, across generations of graduate students and post-docs, they have published a paper that gently picks away at the question from different angles – a more distant spot in the universe, a different gravitational environment, a new tool to measure an old problem.

The aim for future searches is to hunt further back in time and in different environments. Larger telescopes like the European Extremely Large Telescope will help in gathering fainter signals from the universe. And despite the vast measurements, many are in a very narrow slice of the sky. By broadening the field of view, scientists can probe data from other parts of the universe.

The experimental search for a varying constant will likely continue as long as there is no theory to back its existence. A string of null results and small changes to the constant variability helps plug loopholes. As the authors of the Reviews of Modern Physics paper wrote, “Even incremental improvements setting boundaries on drifting fundamental constants are worthwhile to pursue, given the importance of this endeavour into the nature of physical law: Is it constant or not?” Each piece of cosmic doubt is up for scrutiny, to either be nullified in a future experiment or surface as evidence for the next investigator.