An Anti-Emergency Statement by Americans in 1976 Did Not Break India. Nor Will a Couple of Tweets.

When 80 eminent Americans signed a scathing public statement on the repression of human rights during the Emergency, they gave the opposition parties a vital morale boost, but the sovereignty of the country remained intact. 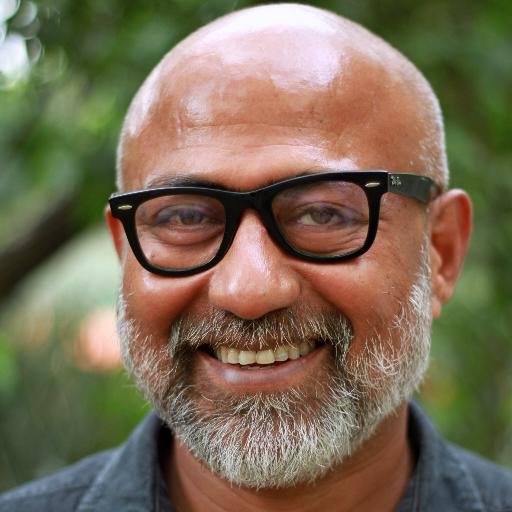 Two tweets from two foreigners – a teenage Swedish climate activist and a Barbadian-American singer – have posed such a serious threat to India’s sovereignty that the entire government, the BJP’s troll factory workers, suave ministers, the media and motley celebrities have all been busy defending the nation through copy-paste tweets.

A section of the media is even investigating the private and extravagant life of singer Rihanna, while others are looking at the international conspiracy hatched by activist Greta Thunberg to support Indian farmers braving the cold weather, the concrete walls and the concertina barriers set up at the borders of Delhi to prevent them from entering the national capital. Until the Delhi Police formally denied all the news reports of a first information report (FIR) against Thunberg, it looked as though our journey to la la land was almost complete.

The social media comments by Rihanna and Thunberg against what is happening to farmers are reminiscent of the statement from eminent Americans against Indira Gandhi’s Emergency. But the reaction from BJP politicians today is in stark contrast to their attitude towards such ‘interference in India’s internal affairs’ back then.

Foreigners to the rescue

During the Emergency in 1976, when brutal repression by the Indira Gandhi government was at its peak and some of the Jana Sangh (BJP in its earlier avatar) leaders were in jail along with socialists, communists, Gandhians and students, 80 Americans issued a scathing statement against the Congress government. The signatories were an eclectic mix – Arthur Ashe, the first Black player to win the Wimbledon championship, Joan Baez, the folk singer and pacifist, Ralph Ellison, the African-American novelist whose Invisible Man had acquired cult status, authors John Updike and Norman Mailer, anthropologist Milton Singer, historian Arthur M. Schlesinger Jr, poet Allen Ginsberg, social critic Noam Chomsky, former attorney general of the United States Ramsey Clark, academics Francine Frankel and Charles Frankel, Nobel laureate Linus Pauling and a whole lot of others.

The Emergency was a period when justice had taken leave from Indian courts and censorship ensured that the opposition got no space in the Indian media; it had to rely on the foreign press and individuals to put its views across. The opposition gained a lot from the international outrage and political parties like the BJP got a permanent club with which to beat the Congress.

Every year, the anniversary of the Emergency is remembered by the ruling dispensation as the darkest phase of Indian democracy. Rightly so. But the same government is in knots now over tweets.

The government should read the 1976 American statement. The Ministry of External Affairs, often working as an extension of the BJP’s social media cell, should read it too, and tell its minister to keep his counsel. Indian sovereignty remained intact in 1976, despite Indira Gandhi blaming the US’s Central Intelligence Agency for everything, as it will in 2021. The struggle against the Emergency lent credibility to the BJP as it will to the farmers protesting against the farm laws.

Interestingly, the statement issued in March 1976 was organised by Dorothy Norman, a biographer of Jawaharlal Nehru, who Indira Gandhi had known. Other organisers were Sidney Hertzberg, a former correspondent of the Hindustan Times and Ved Mehta who worked with the New Yorker magazine and had taken American citizenship. So it was an all-American cast. Norman and Hertzberg, as the New York Times pointed out, were active in the India League of America.

The past as the present

Unlike tweets limited to 280 characters, the statement was a scathing three paragraphs. If it had been issued in 2021, its signatories would have faced FIRs in remote parts of the country, just like many Indian journalists and opposition leaders.

The statement said: “We are Americans concerned with maintaining and furthering human rights, and our concern extends to all people throughout the world. Consequently, we are distressed by the loss of fundamental human rights in India following the proclamation of a national emergency there on 26 June 1975. Thousands of critics of the government have been arrested without charge and without even the right of habeas corpus. The press has been put under strict censorship and government control. Now the Emergency has been extended and national elections have been cancelled.”

The statement further said: “We deplore these events, especially in India because there democracy was established after a long struggle for freedom led by some of the greatest contemporary exponents of human rights and also because the respect of democratic India for these human rights was for so many years a beacon light for all newly independent and developing countries.”

The concluding paragraph painted a grim scenario if basic human rights were not restored soon: “Experience shows that when human rights are suppressed anywhere they are threatened everywhere and that the longer they are suppressed, the longer it takes to restore them. We therefore call for the restoration of these rights in India.”

A peculiar aspect of the 1976 statement by the Americans is that much of it reads as though it refers to the India of 2021.

Akshaya Mukul is a Delhi-based journalist and author of Gita Press and the Making of Hindu India.