An Ancient Jain Tale for the Historians at ICHR

Some essential wisdom on the danger of taking scripture too literally. 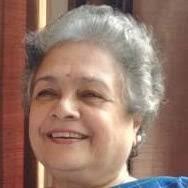 For us, the Ramayana and the Mahabharata are true accounts of the periods in which they were written –
Sudershan Rao, chairman of the Indian Council of Historical Research.

Once upon a time, the garden known as Jeern Udyan (the tumbledown garden) in the city of Ujaiyini , used to be a great meeting place for conmen. Their most famous leaders were four: Shash, Ailashadh, Muldev and a beautiful maiden, Khandpana.

On a sultry day, they sat around telling tales and feeling more and more hungry. A question arose, who shall foot the bill for their meal?

Muldev asked the crowd, do you all believe in the historical veracity of our scriptures? Every one said yes.

So, said Muldev, let each of us recount a most fantastical tale or an episode to you. If we as tale tellers can prove that the tale is true, no matter how fantastical, on the basis of the Vedas or the two epics of Ramayana and Mahabharata, we get a free meal. Are we agreed?

Yes, said the crowd. So the tale telling began.

“One day, as I was going to graze my cows in the forest, I saw a band of dacoits at a distance. I took off my blanket, wrapped my cows in it and carried them bundled upon my back to my village. As I reached, I saw some young cowherds playing and villagers idling under a tree. I asked them to help me unwrap and usher the cows in. While we were busy doing that, the dacoits again arrived on the scene rattling their sabres and yelling. All of us then quickly entered a cucumber. A little later, a goat ate up the cucumber, but while she was still swallowing it, a python swallowed her. The python in turn was gobbled up by a crane. The crane then flew up and sat upon a tree with one leg dangling. A king and his army were resting under the tree and the king’s elephant got entangled in the crane’s leg. The crane flew up in the sky with the elephant. At this, the mahouts raised a din. Finally the crane was shot dead by the king’s archers and the elephant was retrieved.

Prove this to be true, said the crowd.

“Sure,” said the conmen. “See, the scriptures say in the beginning was a golden egg swimming in primordial waters and this earth, its forests and living creatures are all said to have been contained within one egg that lay within the stomach of Lord Vishnu, who as Krishna was within his mother Devaki’s womb while Devaki was confined to her bed within a tiny cell in a jail. How can you as believers question this tale?”

The Tale of Shash

“One early winter month, I went to my father’s fields to clear the weeds. I saw that the sesame plants had grown so large that I had to chop them down with an axe. Suddenly, a wild elephant began chasing me so I climbed up a sesame tree. The angry elephant began going round the tree shaking it now and then with his trunk as sesame seeds rained all around. Finally the seeds, crushed by the elephant’s feet, produced a river of oil in which the elephant was swept away and killed. I got off the tree, skinned the elephant, stitched a skin bag and filled it with the sesame seed oil. By now I was hungry so I made a meal of dry husks and washed them down with ten large pots of oil. I brought my skin bag of oil to my village and hung it upon a tree. I later sent my son to fetch it and he could not see it so he plucked the entire tree and brought it to me. Tired after all this, I arrived here. Now tell me if you all believe my tale.”

Even before the crowd could express its doubts, Shash’s companions began to explain.

“See, our epics describe many occasions when elephant herds came marching out of forests and the liquid (mud) oozing out of their foreheads created rivers that swept off whole armies, horses and chariots and all. As for the sesame trees, the epics say that in Pataliputra (Patna), large trumpets can rest on sesame shrubs.

“So if you are all believers, you must agree our friend here was not lying.”

Who could say he was a non-believer?

“I once wished to hold the holy river Ganges on my head. Carrying my water pot (kamandal) and my umbrella, I left for my master’s place. On the way, a mad elephant began chasing me. I quickly entered my water pot through its long snout, but the rogue elephant also entered it and tormented me for six months. Finally I emerged out of my kamandal on the banks of the vast river Ganges, followed by the elephant. But luckily for me, this time, his tail got stuck in the spout.

“Before the elephant came loose, I crossed the river in one leap and arrived at my master’s. There for six months I held the river Ganges on my head without eating or drinking. I bowed to Lord Kartikeya and left finally for Ujjayini and now I sit among you all.”

Once again, the conmen proved the veracity of this tale on the basis of scriptural wisdom.

“See,” they said, “the scriptures say that all the four castes came out of Lord Brahma’s body. If that is so, it is entirely believable that a man and an elephant should be contained within one kamandal. As for the elephant’s tale getting stuck, the scriptures also say how after Brahma sitting on a lotus emerged out of Lord Vishnu’s stomach, the root of the lotus remained stuck in Vishnu’s navel. No? And in the Ramayana, Hanuman said that he managed to cross a whole sea with his Lord’s blessings (prabhu kripa). Now we come to the point where our friend held the river Ganges in his matted locks for six months. It is hard but not impossible. The scriptures say Lord Shiva held them for thousands of years. No?”

Now it was the turn of the beautiful conwoman Khandpana.

Khandpana, as was her wont, deviated from the script. She said, “If you all will bow to me with folded hands and touch your foreheads to the ground, I am personally willing to serve you all a free meal.”

The con men were amused. “Oh you little woman,” they said. “We are worldly con men. Why should we act humble and bow to you, a mere con woman?”

Khandpana smiled and began her tale. “I was born the daughter of the king’s washerman. Once my father and I, accompanied by a thousand of our servants, went to the river front with our buffalo cart to wash and dry the royal linen upon the banks of the river. After we had hung the washing to dry in the sun, a sudden gust of wind swept all the clothes away. Seeing that and fearing the royal wrath, our servants also ran off. I was desperate but father was nowhere to be seen. So I turned myself into a chameleon and ran into a forest to hide. There I became a vine and stayed against a mango tree for some time. One day, I heard the drummers announcing a royal pardon for our family, so I returned to find my father. Father and I together began looking for our cart. Finally we found that the dogs and jackals had eaten up everything including perhaps the washing lines. A little further, father found our buffalo’s tail all wrapped up in yards and yards of all the missing ropes.

“Now tell me can you still quote scriptures to prove my tale to be true? If not, I demand a free meal.”

The conmen thought for a while, and then said oh yes, we can.

“See, if, as the scriptures say, even Lord Brahma and Vishnu could not find the end of Shiva’s Lingam, our sister’s tale might well be true. As for the buffalo’s tail and the yards and yards of rope, think of Hanuman’s tail. You know how the demon king of Lanka, Ravana tried to set fire to it, but the ghee, the oil and the cloth all ran out, since Hanuman’s tail had grown enormous due to the Lord’s grace (prabhu kripa).

“And the Mahabharata is also full of wondrous stories about princes and kings transforming themselves like Arjuna into another creature, or even coming back to life like Subhadra’s murdered foetus. So we can believe how you may have become first a chameleon, then a vine and then back to being a young girl. No?”

Khandpana laughed aloud. “You haven’t heard it all yet, sirs. I told you how those royal clothes had flown away in the wind and with that our servants too had run away. Well, I am still looking. And I have reason to believe you are the missing servants and not just that, you are all dressed in stolen royal robes.

“Now if I am right, you have to come live with me and be my servants. If not, get me a free meal!”

The three conmen bowed deeply to Khandpana Devi and declared her to be their guru.

After this, Khandpana treated them all to a royal repast and earned much approbation from the royal quarters.

(Sourced from Do Hazar Saal Purani Kahaniyan, translated from the Apbhramsha, and compiled by Dr Jagdish Chandra Jain, Bharatiya Gyanpeeth)