Victory against COVID-19 lies in keeping fatalities to the minimum. 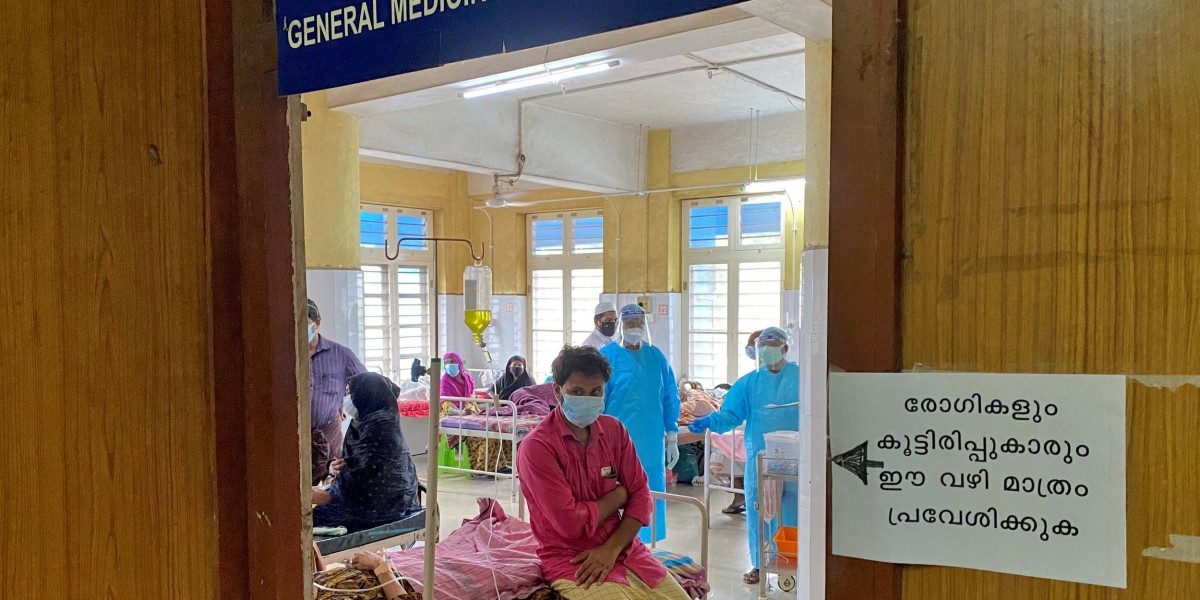 A man looks out from a coronavirus disease (COVID-19) ward in the Government Medical College Hospital in Manjeri, in the Malappuram district of the southern state of Kerala, India. August 18, 2021. Photo: Reuters/Krishna N. Das

“What is happening in Kerala?” is a question I often get nowadays. There are also wide-ranging foredrawn conclusions which mostly are not backed by science but biases.

Success brings its own set of problems, especially when it is comes earlier than other states. In December 2020, India’s seroprevalence was twice that of Kerala (21% versus 10.7%). This low prevalence was mostly attributed to the successful state implementation of strong containment and mitigation measures compared to other parts of the country. By July 2021, as the national seroprevalence was 67.6%, Kerala still had nearly 56% of its population yet to be infected. Effectively, the state was fertile ground for a new round of circulation. Despite the fear of potential fatalities at staggeringly high levels of vulnerability, Kerala has shown remarkably lower case fatality. This is mostly due to early diagnosis, timely referral (although it is self-referral due to better awareness), and adequate treatment facilities.

Just when a relatively greater proportion of the population was susceptible, the Delta variant of SARS-CoV-2, known for its higher infectivity and rapid transmission, spread in Kerala. There might be more than just one variant, but the July and August sequencing results can tell us if more variants were at play. Specifically, it is important to assess whether there is any change in the host receptor affinity, which makes infection more probable, derived from some specific mutations in the genes.

Genetic mutations are needed to enhance evolutionary adaptation, species recognition, host receptor affinity, and pathogenicity. Since there is no greater number of deaths, are the circulating variants in Kerala helpful to understand the genomic characteristics, thus leading to better adaptations or changes in receptor affinity?

Whether clearly stated in policy statements or not, Kerala aimed to prevent a greater number of infections in the past. Compared to the failing “Zero Covid Strategy” of Australia and New Zealand, some criticism draws a parallel by inferring that the state followed the “Near Zero Covid” strategy. The counterargument is that the state could not have willingly let the population get infected for two reasons. First, the state had benefited from educated people, better awareness, community participation, and wisdom from the success in controlling other epidemics (more recently Nipah virus) and knew how to wage a successful battle against this infectious disease. Second, the high number of deaths and the suffering due to lack of hospital beds and oxygen was not seen in Kerala due to sustained success in containment strategy and relatively high vaccination coverage. While these are two extremes of opinions on strategy, the truth is that Kerala went in for a controlled or titrated burn and had the continuous presence of infections until the arrival of the Delta variant. Just because the strategy is different, the state cannot be blamed for it, not when cases are surging. Despite the positive attributes, there is some weakness as well. Increased mobility of the people internationally and to the other states could be an added factor. Decreased testing only during some period of time artificially alters the positive numbers. Also, there has bee criticism of the state for relaxing controls on crowds during the festive season.

Victory, what is it against COVID-19?

Victory against COVID-19 lies in keeping fatalities to the minimum. Not everything is known about how the virus and hosts (humans) behave in different regions of the world. Kerala has vaccinated 71% of its target population with one dose and 26% with two doses as of August 27, 2021. The UK and Israel are comparable countries with high vaccination coverage of over 60% (for both doses) and yet are witnessing an increasing growth rate in cases (Figure-2). But higher cases do not simply mean that it is a failed strategy. Comparatively, countries like Spain with two-dose coverage of more than 70% do not have the same burden as the UK, US, or Israel. Several factors, including the adaptation of the virus, waning of antibodies, and better surveillance, result in differential case burdens.

Giridhara R. Babu is a Professor of Epidemiology at the Indian Institute of Public Health, PHFI, Bengaluru.