Lax regulatory policing in India permits the use of lower quality ingredients and recourse in manufacturing short-cuts. 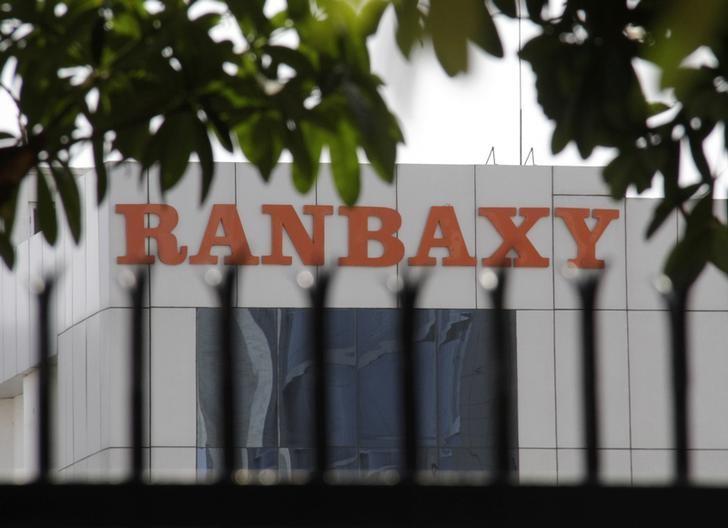 A Ranbaxy office building in Mohali, May 2013. Photo: Reuters/Ajay Verma

One of us conducted an informal poll on a social media platform about individual preferences for a particular brand of medicine. Around 70% of responders who lived in India trusted brands prescribed by their doctors while 80% of those who lived in a high-income country voted for cheaper brands recommended by their pharmacists.

The survey results reflect a common – and interesting – perception. Why do Indians not trust a generic alternative to their doctors’ recommendations?

In her recent book Bottle of Lies, the investigative journalist Katherine Eban writes about the startling discovery by an FDA investigator of substandard insulin manufactured by the Indian company Ranbaxy. Dinesh Thakur, a whistleblower at Ranbaxy, exposed the company’s efforts to forge data and dispose evidence to avoid penalties.

Eban describes the utter disregard the company had for the people that consumed these harmful medicines. While the exported material is of high standard thanks to the vigilance of foreign regulatory bodies, the quality of drugs within India remains questionable. Lax regulatory policing in India permits the use of lower quality ingredients and recourse in manufacturing short-cuts.

Although the Indian pharma industry has denied these claims, Eban writes that pre-announced or inadequate inspections and data-tampering contribute to the state of affairs being what it is. In her own investigation, she found gaps in manufacturing data were common knowledge among managers and that they took the greatest liberties in markets with weaker regulations so the risk of discovery was lowest.

There are horrifying examples. Ranbaxy claimed the shelf life of the drug co-amoxiclav suspension was 24 months whereas tests showed it to be only 18 months. This rendered a good percentage of this antibiotic, given to children to treat ear infections, still circulating in the market to be ineffective. In 2012, regulators in Ghana found that all ergometrine tablets and half the oxytocin samples, sourced principally from India and China, didn’t have any effects. This might as well have been a death sentence to women suffering from postpartum haemorrhage.

It must be noted that while the situation is bad, it is not irredeemable. First, not all Indian drug manufacturers are crooks. In fact, there are many examples of the Indian pharmaceutical industry having staved off health crises in other countries. Second, not all Western drug manufacturers follow ethical practices in the healthcare industry. Eban’s book is one-dimensional in that that focuses only on generic drugs in the US market manufactured elsewhere. Third, a cheaper generic drug does not automatically equate to poorer quality. Similarly, a more expensive branded variant isn’t necessarily of better quality.

India’s generic drug business boomed after the Indian Patents Act was passed in 1970. The Act made it legal to copy an existing molecule for production but illegal to copy the process of making it, conferring chemists with the right to remake existing drugs as long as they altered the steps to make it. So chemists studied samples of the original drugs, manufactured the active ingredient and recreated the drug with additional ingredients called excipients. The resulting revolution in drug manufacturing contributed significantly to curtailing the AIDS epidemic in Africa, for example. There is no doubt that India deserves to be called the ‘pharmacy of the world’, and its pharmaceutical companies deserve much of the credit.

However, the stories documented in Eban’s book and elsewhere are a clear and present danger. The Ranbaxy fiasco affected export of medicines from India to the US, which accounts for 40% of the total. After the 44th meeting of the Drugs Consultative Committee on July 20, 2012, at the FDA, the Government of India proposed strengthening the drug regulatory infrastructure at the central and state levels. It recommended regulatory officers of the State Drugs Control Departments be trained with the appropriate protocols and so help implement standards around the country in a uniform manner. The Centre also undertook efforts to make drug pricing more realistic according to its drug price control order.

Although these are welcome steps, they won’t suffice to regain the trust our companies have lost. We also need to strengthen the Central Drug Standards Control Organisation, empowering it to conduct surprise inspections of pharmaceutical plants with standardised procedures. We need to certify the companies that pass these checks accordingly, helping consumers understand the quality of the drugs they’re purchasing.

Inspectors need to implement quality checks at the product level as well as at the manufacturing level. All managers should use the principles of process validation, a data philosophy that became popular in the 1980s. It requires all data to be attributable, legible contemporaneously recorded, original and accurate – acronymised as ALCOA.

Finally, pharmaceutical companies need to be as transparent about their production practices as about the clinical trials that follow. They need to disclose all their data and all stakeholders must have zero tolerance for any kind of misconduct, misdemeanour or fraud.

If you’re wondering why now: the answer is obvious. Antimicrobial resistance has emerged as a grave threat to public health around the world, and India carries a large portion of the global burden of drug-resistant pathogens. There is considerable evidence that sub-therapeutic doses of medicines contribute to the development and spread of such resistance, so it is important that the Indian people – the biggest consumers of antibiotics worldwide – be exposed to good quality ones.

Additionally, urbanisation, changing demographics and consumerist lifestyles have supported the spread of non-communicable diseases. This in turn could encourage pharmaceutical companies to cut corners and engage in profiteering.

After receiving the ‘Whistleblower of the Year’ award from Taxpayers Against Fraud Education Fund, Thakur spoke about the importance of role models in public life who have had the courage to challenge dishonest practices and the will to change the system for the better. Thakur himself is such a role model, and following in his steps, the Indian pharmaceutical industry can lead the way for their counterparts in other countries.

This is the only way Indians can be persuaded once more put their faith in Indian generic drugs. Trust is a terrible thing to lose, but what better time to start winning it back than now?

Arjun Narayanan is a medical officer at the Department of Health Services, Government of Kerala. Aju Mathew is a medical oncologist at the MOSC Medical College, Kolenchery, Kerala.