Why India's COVID-19 Catastrophe Is Indeed a 'Crime Against Humanity'

The impact that this second wave of the COVID virus has had, is having and will continue to have on India will, in many ways, mirror the impact of any event of mass death that would fit the legal definition of a crime against humanity. 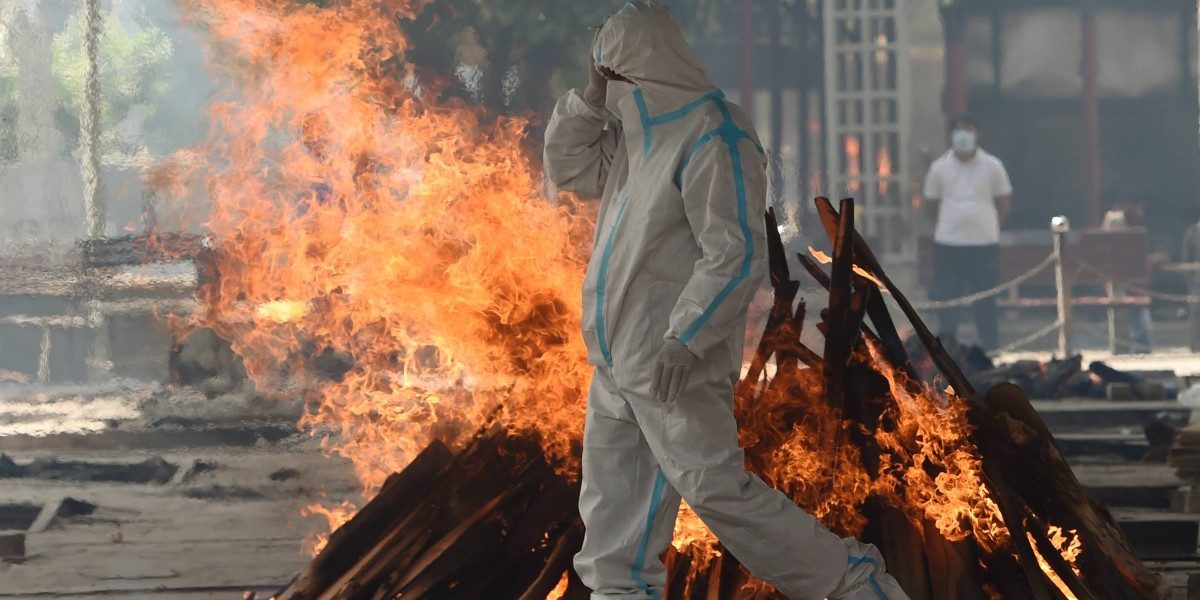 In a gut-wrenching op-ed in The Guardian and The Wire on April 29, 2021, Arundhati Roy used the term “crime against humanity” to describe immeasurable grief and human suffering India is seeing through the second wave of the COVID-19 pandemic.

Since then, others have followed her lead in using the term to describe the events unfolding in India over the past several weeks. The sudden use of the term “crime against humanity” in this context is rather intriguing, given the term’s defined meaning under international law, complicated history and deep socio-political significance.

By any account, the events unfolding in India do not satisfy the strict international legal definition of the term – suggesting, perhaps, that the widespread use of the term is wrong. However, despite this, the term’s history and consequent socio-political significance make it capable of describing (and drawing attention to) the sheer scale of death, destruction and suffering seen in India over the past few weeks in a way that no other term can.

Consequently, it is, perhaps, more important than ever that this recent trend continues, and that we consistently refer to what is unfolding in India during its second COVID wave as a “crime against humanity”.

The origins and legal import of the term

The term “crime against humanity” is a close cousin of the more politically controversial term “genocide”. Both were coined in the aftermath of the Second World War. However, as Philippe Sands explains in his book East West Street, they adopt distinct approaches to describing events of mass death, despite arising out of the same horrific act.

“Genocide”, coined by Polish jurist Raphael Lemkin, refers to concerted state actions taken to eliminate groups of people. On the other hand, “crimes against humanity”, coined by Cambridge law professor Hersch Lauterpacht, refers to the mass killing of individuals, irrespective of their membership of a group.

In this manner, genocide prioritises group identities, while crimes against humanity prioritises individuals. Both, however, were considered among the “crime of crimes”, constituting not just a series of criminal acts but a collective stain on the conscience of humanity.

Following the Nuremberg trials, both these terms came to be embedded into international law. As things stand, the term “crime against humanity” is most comprehensively defined in the 1998 Rome Statute of the International Criminal Court. This definition encompasses active acts of violence perpetrated on large numbers of people, and so, clearly, does not cover the situation India is currently seeing owing to COVID and the collapse of its healthcare system. 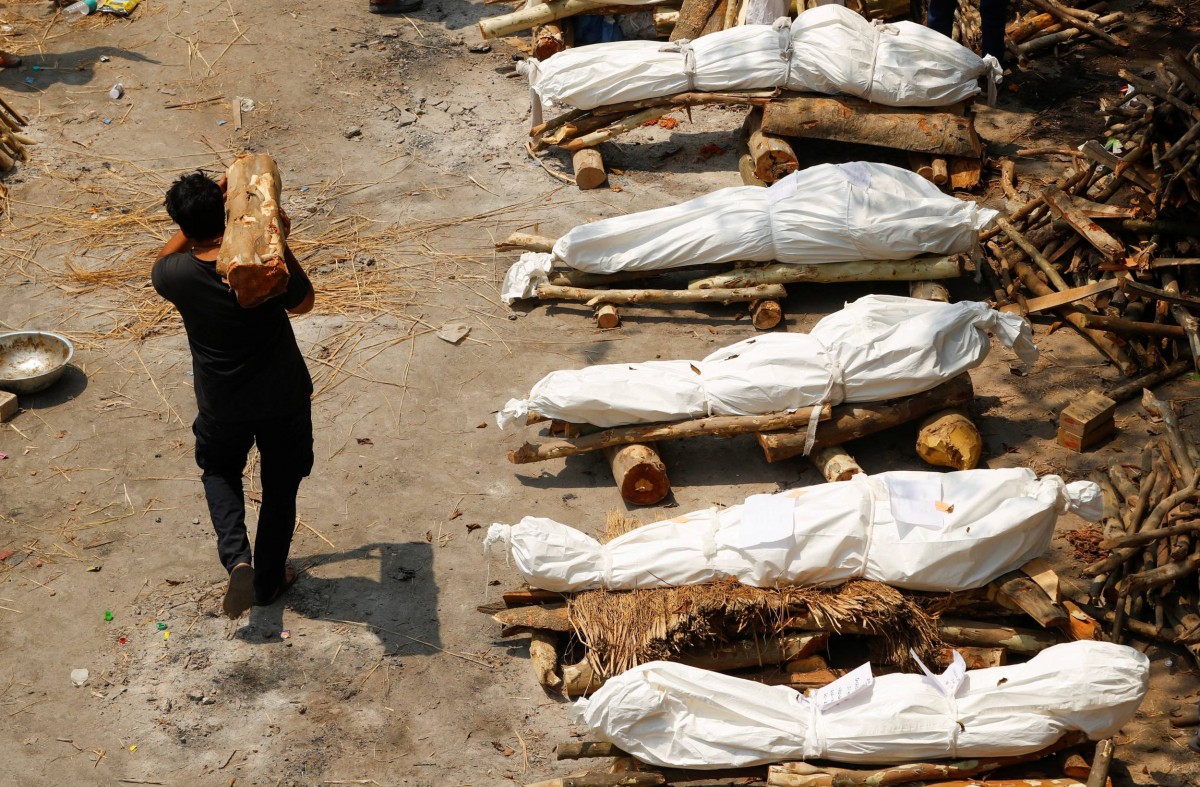 In addition to the absence of active aggression, the legal ingredients of a “crime against humanity” are not met in this case, because it requires identifying a perpetrator, as all crimes do. Undoubtedly, in India’s case, there was (and continues to be) negligence on the state’s part in failing to ramp up its health infrastructure, stock up on medical supplies and equipment (like oxygen) and, crucially, rapidly vaccinate a significant part of the Indian population in a manner that would prevent such a deadly second wave of the virus.

Additionally, there has been the failure of the government, at a national level, to ensure continued compliance with COVID-appropriate behaviour in all settings after the first wave. These failures took place on a national scale, and consequently, it is the Union government that should bear primary responsibility for the resultant horrors India is seeing.

As easy as it might be to stop there, however, there are other actors at play. State governments had significant control over health issues before the second wave (as public health is a matter reserved for states’ control under the Seventh Schedule to the Indian constitution), and the ill-preparedness of some state governments, coupled with their failure to strictly enforce public health guidelines in their states after the first wave, has also contributed to this apocalyptic state of affairs.

Concurrently, some blame may lie with the Election Commission of India, which allowed large election rallies well into the second wave, as also with the courts, who same say have been slow, inconsistent and insensitive in their interventions through the course of the pandemic.

In addition to this, rich, developed countries like the US, UK and Canada must shoulder some blame for India’s inability to vaccinate enough of its population to prevent this devastating second wave. By hoarding more vaccines than they will ever need well into India’s second wave, these countries made it difficult for India to secure the doses it originally needed to rapidly vaccinate a significant portion of its population, to begin with.

Furthermore, while the Biden Administration recently announced its support for a waiver of all intellectual property rights in COVID vaccines, this announcement is yet to translate into any concrete action or tangible benefits for Indian vaccine manufacturers.

It also comes much after India and South Africa’s demand for patent waivers for COVID vaccines under the TRIPS Agreement at the World Trade Organisation in October 2020 itself. Coupled with a failure to facilitate technology transfers to Indian vaccine manufacturers, these actions by rich Western countries, despite preceding the deadly second wave of COVID that India is going through, have undoubtedly contributed to the present state of affairs in India.

Of course, the issue of vaccine inaccessibility has now been exacerbated by the fact that vaccines in India are being sold parallelly on the market for the highest price in the world, and intellectual property rights in India’s indigenously developed vaccine, Covaxin, have also not yet been waived.

Clearly, therefore, a confluence of many actors and circumstances have led to the present state of affairs in India, and there is no one “perpetrator” of the death and destruction we are surrounded by. Does this disentitle Arundhati Roy, and the rest of India, from calling what is happening in (and to) India a crime against humanity?

The answer, in my opinion, is a resounding no. Originally a Polish Jew himself, Lauterpacht coined the term “crimes against humanity” in the backdrop of the severe death and destruction he saw his people and, indeed, his own family, go through.

It is this overwhelming sentiment of seeing one’s people grief-stricken and scarred for generations to come that underpinned Lauterpacht’s decision to coin the term. And while he did it for legal purposes, the term he coined carried much more weight, representing the almost unthinkable impact that mass deaths, widespread grief and untold sorrow have on generations of a people.

In this sense, the term “crimes against humanity” may well have outgrown its strict legal meaning right from its inception. The same is true for its cousin, the term “genocide”, as evidenced by how the term has been used extra-legally in the time since it was coined. 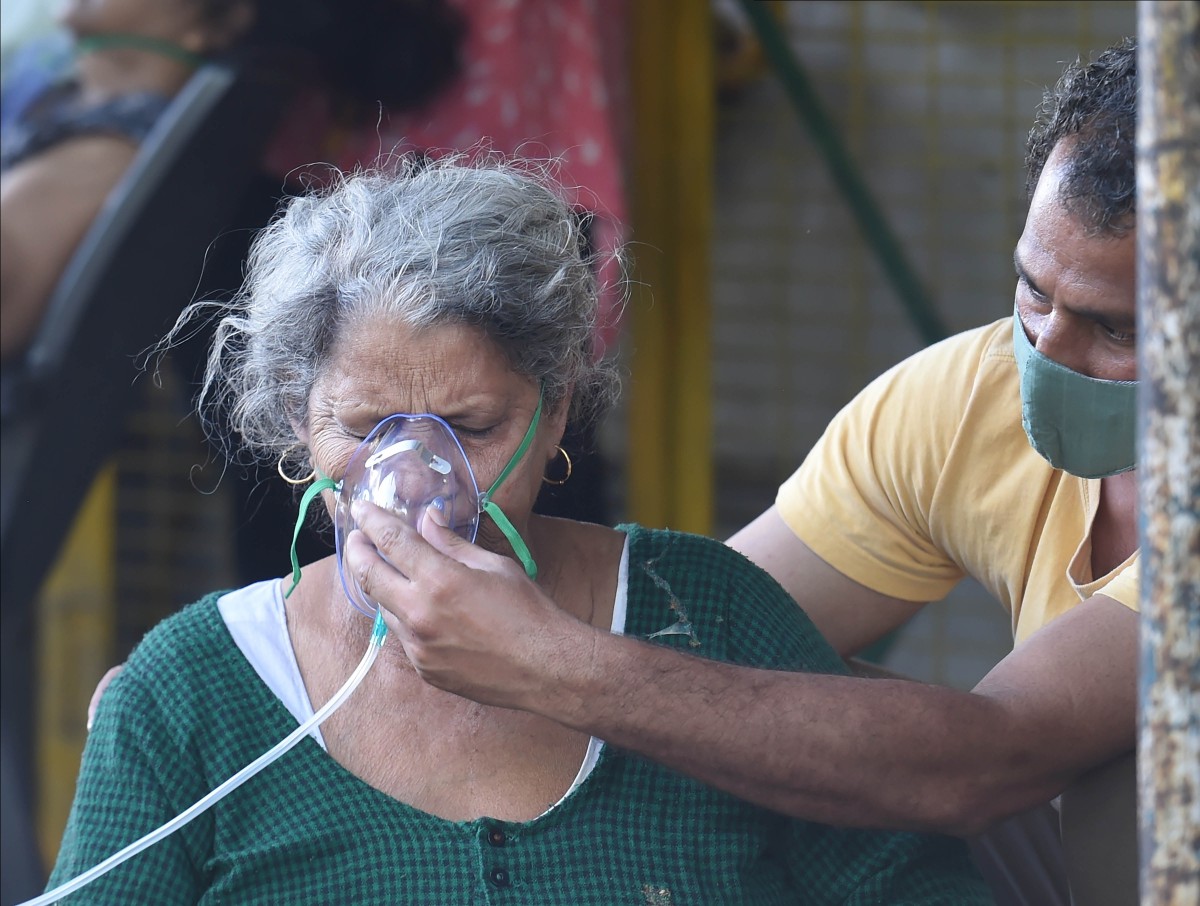 While it finds representation in international law (through the 1948 Genocide Convention), the term is often used more generally to describe state actions that target and seek to eliminate a particular group’s identity, even if the legal requirements of the Genocide Convention are not met.

A recent example is the labelling of China’s treatment of Uighurs in the Xinjiang province a “genocide” by many countries. The sanctions imposed on China by the West and strong backlash from China that followed this labelling is evidence of the strong, near-universal socio-political pull that the term has.

In a similar fashion, the widespread use of the term “crimes against humanity” in an extra-legal sense in India gives us a chance to associate a term that was born out of the grief of a terrible human catastrophe with the grief-stricken helplessness that all of India feels when it sees its people suffer from the impact of the second wave of the COVID virus. Because of this loaded context, the term might do the best possible job of explaining to the world what it feels like to see people, families and societies be irreparably torn apart, as all of India has for the past weeks.

Indeed, when the term was first coined, the scale of the catastrophe that preceded it inspired an unprecedented level of global cooperation, designed to prevent a world war that would visit similar violence on mankind from ever re-occurring.

If our consistent use of the term to describe what is happening to us similarly captures global attention and inspires global collaboration on issues like the state of public health infrastructure in the developing world and intellectual property rights in life-saving drugs and vaccines, India and the world may well be spared the horrors of the past weeks the next time the world has to grapple with a public health crisis.

It doesn’t matter that these deaths aren’t the consequence of active aggression, or that there is no clear perpetrator of these “crimes”. The impact that this second wave of the COVID virus has had, is having and will continue to have on India and Indians will, in many ways, mirror the impact of any event of mass death that would fit the legal definition of a crime against humanity.

And so, while some lawyers may scoff at the idea of a crime against humanity without a clear aggressor or perpetrator, that is how we must describe what is happening to India. Long may we do so.

Siddharth S. Aatreya is a lawyer based in Bangalore and London.