Why Does India Ascertain the Causes of Only One-Fourth of its Deaths?

Poor standards of reporting, a lack of accountability and wide disparities between states in the certification of deaths all contribute to the poor figures. 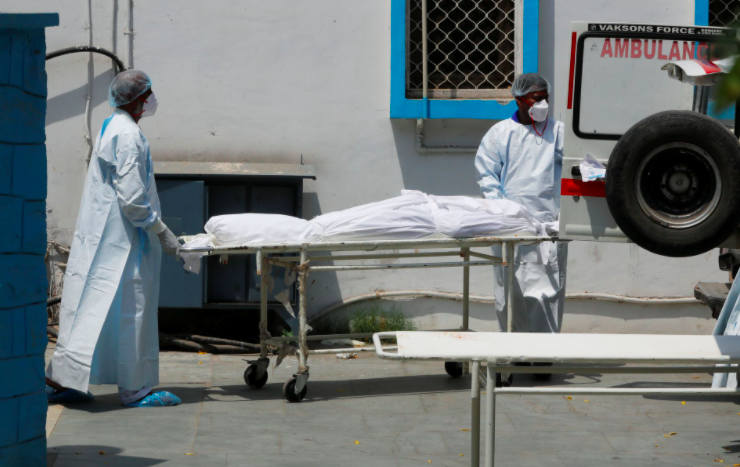 Representative image. Mortuary workers load the body of a person, who died from the coronavirus disease (COVID-19), to an ambulance for cremation in New Delhi in 2021. Photo: Reuters

New Delhi: Any country’s health policymaking relies on several factors; an important one being the knowledge of what the leading causes of death are there. But if a country of 1.4 billion people is only able to certify the causes of 22.5% of its registered deaths, it is certainly a cause of worry.

The recently-released Medical Certification Cause of Death (MCCD), 2020 report is the only reliable compendium for understanding which diseases kill the most Indian people.

According to the report, the causes of fewer than one-fourth of the total 81,15,882 registered could be ascertained, at least on record.

What’s more, not all deaths are registered in the first place. The Civil Registration System (CRS) report of 2020 is silent on what proportion of deaths were recorded. The CRS of 2019 had said that 92% deaths that year were registered.

It’s no wonder then that the exercise is so skewed that the MCCD report itself says that the data presented in it is not deducible in its entirety.

And the country’s poor performance in assigning causes to deaths is not a problem new to 2020; there have hardly been any signs of improvement with regards to this indicator over the past decade.

In 2011, the MCCD report stated that 20% of all registered deaths were medically certified across the country. In the nine years between the two reports, there has been an improvement of a mere 2.5 percentage points. No other health indicator of the country in the past 10 years has registered so abysmal an ‘improvement’.

As per the Registration of Births and Deaths (RBD) Act, 1969, it is mandatory for every public and private health facility to issue a death certificate in the format prescribed under what is called ‘Form 4’.  In it, the medical practitioner in question is supposed to fill in the antecedent and immediate causes of the death.

Also read: Lancet Study Says India Had the Highest Mortality of Any Country During Pandemic

What ails the system further is wide disparity in certification among various states. Bihar, for example, performed the worst, assigning causes to only 3.4% of the 30,44,931 deaths registered in the state in 2020. In comparison, Goa and Manipur assigned causes to 100% of the deaths registered respectively. Following table gives the snapshot of the performances of various states in 2020.

The disparity reflected in the above table is not new. The states which did poorly in 2020 have historically been doing poorly. And in 2020, some of them have performed even worse than they had done almost a decade ago. All achievements of theirs seem to have been reversed.

The biggest surprise – of sorts – is Kerala, which has some of the best healthcare infrastructure in the country. As few as 12% deaths were assigned causes in the state in 2011; the corresponding number now stands at only 11.2%.

Many states and Union Territories, including Bihar, Chandigarh, Gujarat, Karnataka, Madhya Pradesh, Tripura and Uttarakhand have walked the same path as Kerala. Some of these, as is evident, are highly populous states and record more deaths than others.

The rest of the states have either remained stagnant or only marginally improved compared to their 2011 levels. A look at state-wise performance from 2011 to 2020 clearly shows that the decline or improvement in states’ performance has not been very clean. Rather, the pattern has been erratic.

But there is another important indicator here; the chances of medical registration are higher if somebody received medical attention right before death. In certain states, like Tamil Nadu, for example, death registration was 100% for those deaths in which patients received medical care. Otherwise, the overall state’s share was reduced to 40%. The contrast is, thus, very clear.

Even states that had reported poor performance overall did relatively well for those deaths in which people had got some prior institutional care. Take Bihar, for example. The overall percentage of deaths where causes were assigned was 3.4% in the MCCD. But this figure rose to 29.2% when care before death took place at a health facility.

This, however, raises another question: why didn’t every death in Bihar, under these circumstances, get certified, as happened in Tamil Nadu?

Anuj Kumar Pandey, who now is associated with Delhi’s International Institute of Health Management Research, published a pre-print in December 2021 analysing CRS and MCCD reports from 2010-2019. At that time, he was a consultant with the Union health ministry.

While talking to The Wire, Pandey said the availability of medicare at the time of death has not automatically translated into better MCCD figures in a state for various reasons, one of them being the failure to assign the cause properly.

Every registered medical practitioner has to fill Form 4 if she has attended to a patient before their death. The health facility collects those forms every month and then sends them to the state registrar’s office via designated district offices. At the state level, the causes of deaths are classified as per a standard system of codes devised by the World Health Organisation (WHO). These codes constitute the International Classification of Diseases (ICD), which broadly give codes to various diseases.

“If there’s a mistake committed at any of these levels – if a death certificate is issued without mentioning the cause of death or inadequate details are written, then classification according to the code becomes difficult. Hence, that death is not counted for a medically certified cause,” Pandey explained.

“Even in deaths which are medically certified and reported, the quality of the certification and assessing the real cause of death is highly compromised and ill-defined, depriving the data of analysing the real situation of the causes of mortality (sic),” it says.

Moreover, the report notes that these anomalies has been observed not just in primary or secondary healthcare centres, but in big hospitals associated with medical colleges in India as well.

Insofar as the wide disparities between states are concerned, Pandey’s pre-print says that though, by law, the MCCD has been implemented in states, the execution is not “uniform” across all of them.

The MCCD report goes on to say that some state governments, themselves, have notified “only medical colleges and specialised hospitals, whereas in others, only district hospitals and Primary Health Centres (PHCs) have been brought under its ambit.”

Thus, the net result of this shoddy exercise is why the MCCD report was compelled to admit that the data contained in it should be interpreted with caution. For, as it explains, only “selected hospitals, and that too mostly from urban areas, are covered at present under the scheme of MCCD.”

“Therefore, the profile presented here may not yield the reliable pattern of cause-specific mortality prevalent in the states/country,” it says.

Pandey said, above everything, there is a lack of motivation among healthcare providers to do this and do it effectively. Plus, a reading of the RBD Act reveals that there is hardly any punishment for failing to register a cause of death. A medical practitioner can only be fined up to Rs 50 for failing to do so.

Keeping all the aforementioned limitations in mind, the report says that COVID-19 was the third most prevalent cause of death in 2020. As many 1,60,618 people died of the disease this year, according to the report.

It may be mentioned here that the WHO had recently estimated that 47 lakh people died in India due to COVID-19 in 2020 and 2021 together. Out of these, 8 lakh died in 2020 alone, as per WHO estimates. India continues to vehemently oppose the WHO numbers, though many of the Union government’s arguments do not appear to hold water.

This disease pattern has been consistent over the last three years as well.