Who Shall Speak in the Times of the Coronavirus?

In a medical emergency like the COVID-19 crisis, how sovereign speech, expert speak and the marketplace of ideas interact determines the paucity and perils of free speech. 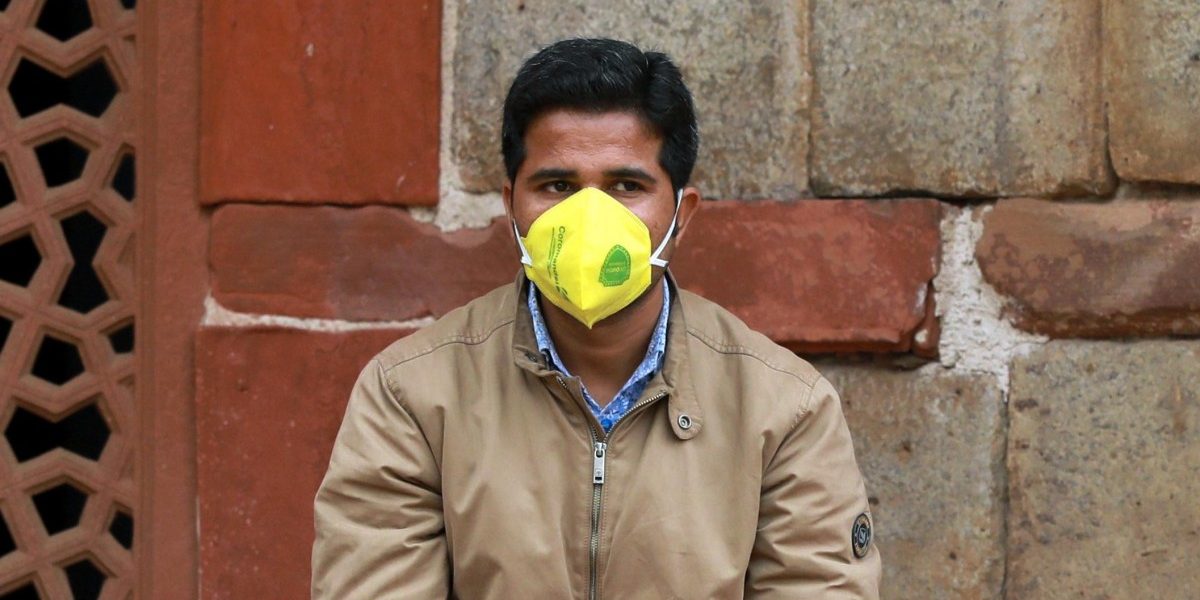 Man with a mask. Photo: Reuters 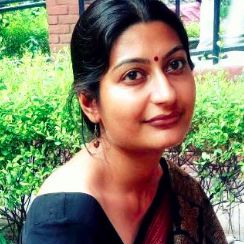 Questions around free speech may seem trivial and redundant when one is witnessing disease and displacement of an unprecedented nature. However, the discussion around speech becomes even more critical at this point. In these times, the question of speech (including the question of free speech) is significant on two accounts. First, the public discourse on such an emergency is reflected in the kind of speech that is produced on and around it. Second, the analysis of the public discourse shows what is – and what should be – a liberal democratic society’s response to (free) speech in times of a crisis like the present.

On the theme of what constitutes speech in a medical emergency, I propose to analyse three kinds of speech corresponding to three different kinds of theoretical frameworks on free speech, namely sovereign speech, epistemic speech and the ‘marketplace of ideas’.

The idea of sovereign speech comes from linguistic theory and refers to speech that is not just descriptive in nature but has the force to bring about a state of affairs. Simply put, it refers to the kind of speech which in saying something makes that happen – it has effects that constitute realities.

Philosophers have debated and differed on who has the power to make sovereign speech. One dominant position argues that it is only the state that has the power to make sovereign speech through the power of law making. This kind of speech in the current context would include the official statements and statistics on the cases and measures adopted by the national government to fight the pandemic. The official data which is released by the state, the stage of transmission that the state claims a country is in, etc. constitute the reality of the novel coronavirus in that country. This doesn’t mean that the state’s claims cannot be challenged but they still constitute ‘official truth’ and will remain the privileged version and the official archive regarding the life of the virus in a particular country, for posterity.

I have drawn the idea of epistemic speech from the concept of the ‘episteme’, ie, knowledge, normally used in the context of an epistemic community or the community of experts. In this case, epistemic speech would refer to the voices of the virologists, the epidemiologists, medical professionals in the field and science researchers. This kind of speech would include the various reports running statistical models predicting the spread of virus in the country, for instance the India SIM model co-authored by researchers at  John Hopkins University and Center for Disease Dynamics, Economics and Policy (CDDEP), a study at the Imperial College London or the study conducted by a Chennai-based data journalist. It would also include the studies run by the Indian Council of Medical Research (ICMR), as the national epistemic community, in this case.

The framework of the ‘marketplace of ideas’ is the established liberal defence of free speech that emerged from a dissenting note by Justice Holmes in a U.S. Supreme Court case, Abrams v. United States, in 1919. It argues that all kinds of speech must be allowed circulation in society in the form of competing claims, and the ‘fittest’ of them all will survive the marketplace of ideas.  The only exception for him was speech that posed a ‘clear and imminent danger’; his own example of such dangerous speech was persuasion to murder.

At one level, all kinds of speech including the ones made by the state and the experts, can form a part of the marketplace, but here we are restricting this category to all forms of expressions not covered under the first two. Currently, this type of speech has proliferated in discussions on how to address the pandemic, how to keep oneself safe etc. This may include what is popularly referred to as ‘fake news’ or rumour mongering regarding the number of people actually infected, stage of transmission, vaccines and ‘home remedies’ to cure COVID-19, conspiracy theories etc.

How the three types of speech shape public discourse in India

The three frameworks, though not exhaustive, are different ways of understanding how public discourse in India is being shaped in times of a global health emergency.

The interaction between the three models shows the hierarchy in which public discourse is arranged and the dangers of this in a crisis such as this. The sovereign speech framework ordinarily dominates the public discourse and particularly in times of crisis/emergency – when the state assumes the role of the sole protector and demands the complete subjugation of all other forms of expressions. In those times, it is only the state that speaks.

During political emergencies, questions of freedom of expression have been central to any challenge to the panoply of measures that states take recourse to in the name of battling a crisis. A health emergency, however, is different – where the authorities can be blamed for mishandling the crisis (e.g. the mass exodus of migrant workers in India), but the intention of the state is not called into question. Hence, in terms of fundamental challenges to the emergency powers of the state, a medical emergency abates dissidence like a political emergency never can.

At the same time, a medical emergency creates doubts about the competence of the state. During a medical emergency, the voice of the episteme suddenly finds more credibility. The example of China concealing information on the coronavirus and its transmissibility by gagging the doctor who first discovered the virus, and the domestic as well as global indictment of the Chinese state for this, bears witness to how epistemic speech takes precedence over the state’s sovereign speech in case of a medical emergency.

Is this a simple inversion of hierarchy? It doesn’t appear to be so. There are two ways of looking at it, taking examples from India. First, there is a conjunction between sovereign speech and epistemic speech when the state validates the voice of the ICMR as the national epistemic community and the official discourse reflects the expertise of ICMR. With the announcement that ICMR will not release data directly on COVID-19 cases anymore and will only communicate with the Ministry of Health and Family Welfare, the attempt at making the epistemic speech collapse into and sound like sovereign speech is clear enough.

Second, there is a disjunction between sovereign speech and epistemic speech in cases where the epistemic predictions are either unheeded or denied by the state. For instance, when most research studies predict an outbreak at the stage of local transmission, the official claim is that India still hasn’t entered the stage of community transmission. This disjunction though is not complete, as the state still uses the voice of ICMR, the national epistemic body, to disregard other epistemic findings. In neither the conjunction nor the disjunction is the hierarchy fully inverted.

The interplay of the sovereign and the episteme suggests that though the content of the speech comes from the episteme, it finds recognition in the name of sovereign speech. This is the first failure with regard to speech in times of a medical emergency. What is needed instead is a conversation between contradicting epistemic claims without the state usurping the national epistemic discourse. Failing this, we would have more instances of medical experts and researchers either retracting or self-censoring, striking a serious blow against the much needed expertise needed to wrestle with the crisis.

The ‘marketplace of ideas’

The marketplace of ideas poses the biggest challenge for any society dealing with a crisis. Its role, however, differs in times of a political emergency as compared to a medical emergency. In a political emergency, the marketplace becomes the space that fights the abuse of power by the state; it is the space that produces counter political speech, keeping the spirit of democracy alive. The suppression and criminalization of this space is also the obvious response of the State.

Does this change in the case of a medical emergency? In cases where the failure of sovereign speech and its abuse of power are evident, the marketplace still remains the space of keeping democracy alive. For instance, Chinese citizens were anguished when they discovered their government had concealed information on the virus and many joined together to create a social media hashtag #IWantFreedomOfSpeech.

In the Indian case too, criticism of the government for declaring a lockdown without any preparedness is widespread and finds space within the same marketplace. However, when it comes to dealing with the nature of a pandemic crises, the marketplace  cannot become a space of alternate politics like in times of a political emergency. The dangers of the marketplace in case of a medical emergency, in fact, are heavier. Consider the case of Iran where fake news on drinking industrial alcohol as a cure for COVID-19 has claimed the lives of 300 and sickened a thousand others. In India, the case of a Bangalore based techie who urged people on Facebook to go out and sneeze is another example of dangerous frivolity, if the marketplace is allowed mindless reign.

Does that mean that the marketplace should be silenced? This is the second failure with regard to speech in times of a medical emergency. In India, arrests have begun in cases such as the Bangalore techie and others as well for spreading fake news. The Indian government clearly wants to cast the net wider. It recently sought directions from the Supreme Court to restrain the media from publishing any news on COVID-19 without the Centre’s approval. Fortunately, the request was not granted by the bench. Despite this, an FIR aimed at throttling reporting on the coronavirus pandemic has been registered in Uttar Pradesh against The Wire. This tells us sovereign speech, i.e. the state, is not only trying to usurp the voice of the national epistemic body but also to silence the marketplace of ideas.

Punitive measures – which may be abused for political reasons – may be inevitable in some extreme cases but certainly not the kinds in which arrests have been made. What is needed in lieu of punitive measures is a proliferation of epistemic speech to influence the marketplace. The marketplace constitutes the largest part of the public discourse even though sovereign speech dominates it. If informed speech is allowed to influence the marketplace, it would re-shape the nature of public discourse while keeping the spirit of democracy alive.

Having marked out the two failures, one should end on a cautionary note. Epistocracy – rule by the experts – runs counter to democracy. Epistemic speech follows the logic of epistocracy. It may well be the need of the day but has all its perils intact. In a system of nation-states, epistemic speech can easily be highjacked by sovereign speech and even when it is not, it still violates the democratic principle of free speech for all. It’s a solution of a specific kind of emergency that we are witnessing today and its transposition to become the governing norm once the crisis recedes must be resisted at all costs.

Anushka Singh teaches at the School of Law, Governance and Citizenship, Ambedkar University Delhi and is the author of Sedition in Liberal Democracies (Oxford University Press, 2018)