COVID-19 Deaths in India Are Rising the Fastest In the World: Data

According to numbers from Johns Hopkins University, new deaths rose by 143% on the subcontinent compared to three and four weeks ago. 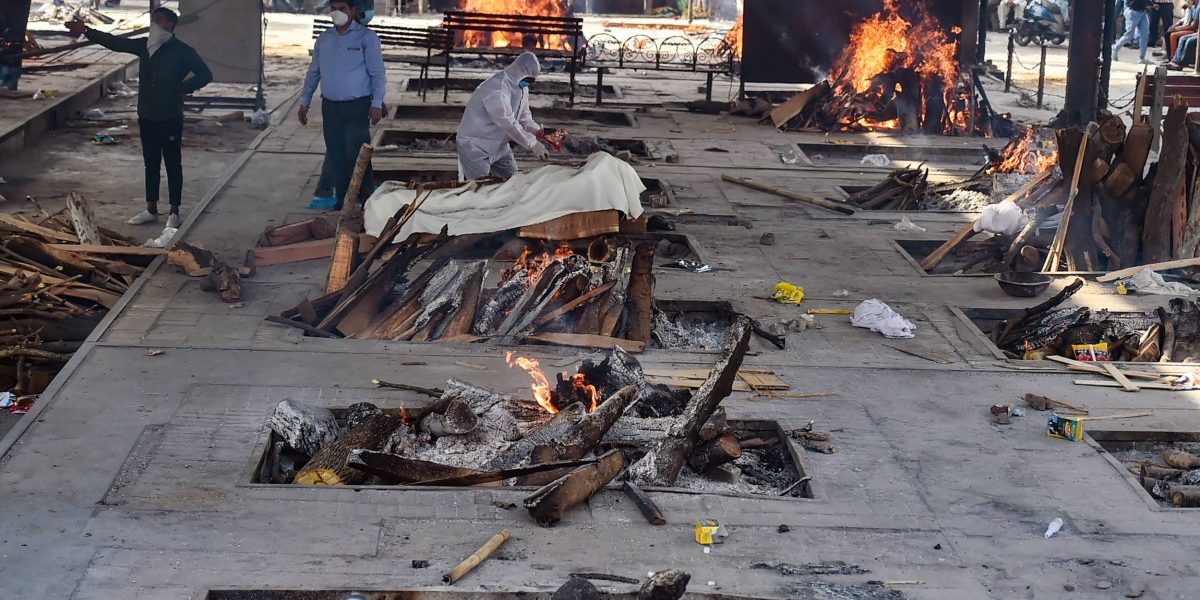 Out of all countries with more than 25 daily average deaths from COVID-19, the death toll rose the quickest in India in the last 14 days. New deaths rose by 143% on the subcontinent compared to the three and four weeks ago. India now counts an absolute number of almost 212,000 COVID-19 deaths. This is according to numbers from Johns Hopkins University published by Our World in Data.

India’s count of new deaths increased most despite being one of the bigger outbreaks. Japan’s new death toll increase came second, increasing by three quarters within 14 days. The country has declared a new state of emergency for several regions, among them Tokyo, where the Summer Olympic Games are scheduled to kick off in less than three months. Other than India, Japan remains a smaller outbreak, however, with only around 10,000 deaths in total to date.

Iran, an early hotspot of the COVID-19 pandemic, showed a worrying trend once more, as did several outbreaks in Latin America, affecting Argentina, Ecuador and Paraguay. 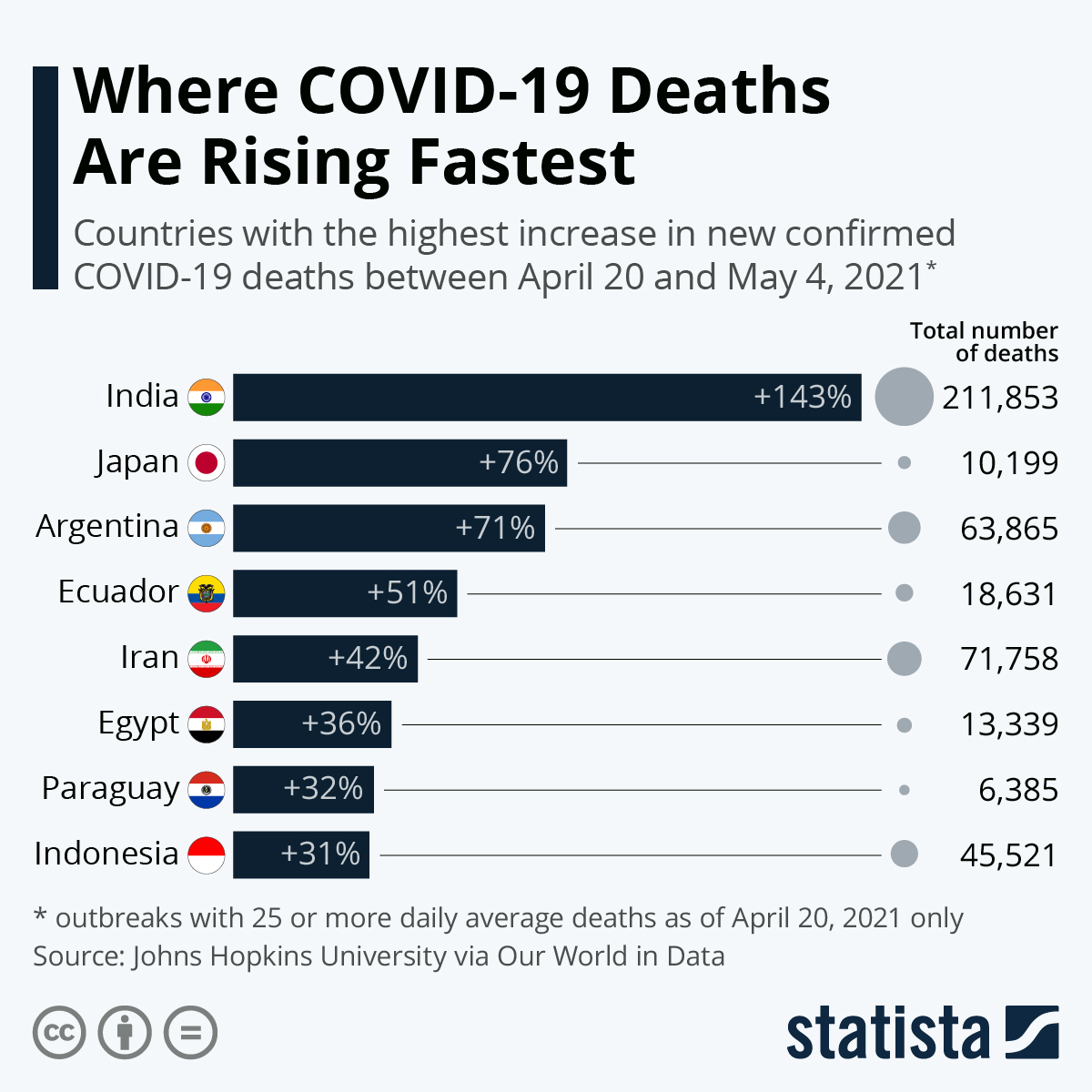