India has been upgrading its highways since 2000 and yet deaths due to road accidents continue to rise at the rate of 9-10% each year. 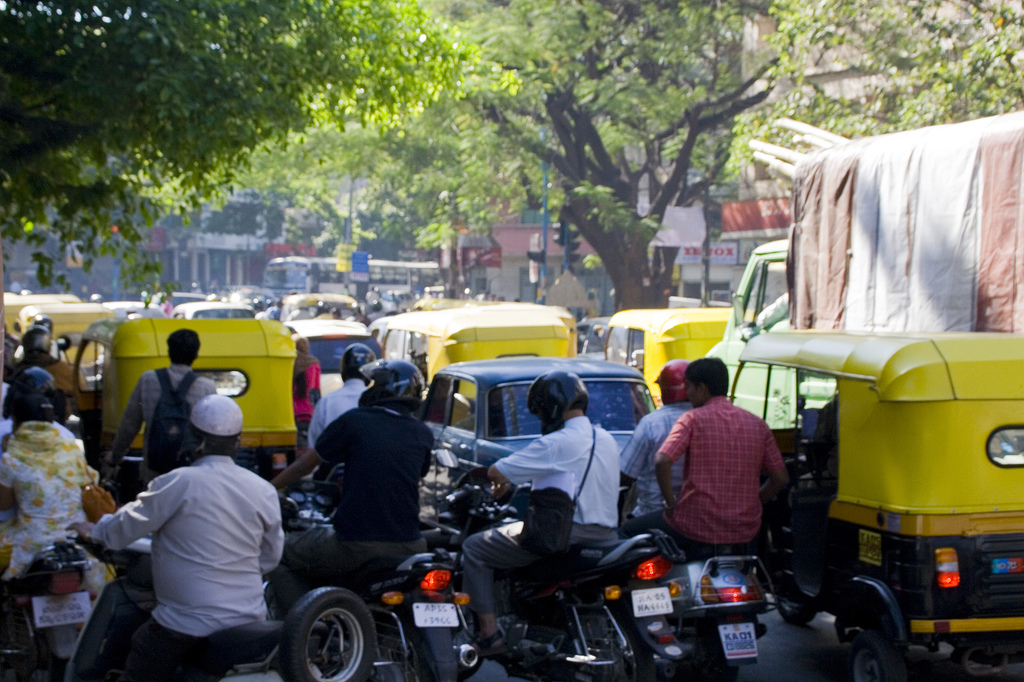 Yet another ‘Road Safety Week’, January 11-17, passed amidst many a ministerial announcement and even a walkathon to raise awareness. It is unclear, though, what dent such awareness campaigns have made in improving India’s appalling track record.

The country has the highest number of deaths in road accidents, according to the World Health Organisation. The WHO records about five lakh road accidents each year, and 1.4 lakh deaths due to road accidents. As attested to by the National Crime Records Bureau, that’s a death in a road accident every four minutes, 387 a day or, as the Delhi-based NGO SaveLife Foundation put it, a Boeing 747 crash a day.

The most dangerous time on the road proved to be between 3 pm and 6 pm, contributing to 17.26% of all accidents, and the least dangerous was between midnight and 3 am.

The causes of accidents 2014 and 2015 varied – between collisions with moving or stationary vehicles, usually trucks; vehicles plunging into a river, gorge or reservoir; hitting a roadside tree; falling into a roadside ditch or crashing into a railing of a bridge; overturning; and a speeding container running over sleeping pilgrims.

The black spots – for whom?

However, all these figures did not spur successive Indian governments into action. It took the death of former minister for rural development Gopinath Munde in a road crash in 2014, to prod the minister for road transport and highways Nitin Gadkari to promise the introduction of a strong road safety law. A comprehensive bill was drafted but it is yet to be introduced in the Parliament.

On January 11, Union home minister Rajnath Singh launched the annual road safety week. On the occasion, Gadkari announced Rs 11,000 crores over the next five years to fix the 726 “black spots” in the country where accidents are most common, with work on 10 black spots in Delhi to be taken up as the first priority task. “The fund will be used to fix engineering defects across,” Gadkari said.

And on 14 January Gadkari invoked citizens and NGOs to join awareness drives on improving road safety, and announced Rs.3 lakhs support to NGOs working in the area.

The government also pledged to conduct “safety audits’ – assessment, by specialist teams of the highway improvement during road design and post-construction to identify safety problems and suggest solution – of state highways and district highways, which would, for a start, begin with an audit of 3,000 kms of highways this year.

Anumita Roychowdhury, executive director, research and advocacy, and head of air pollution unit at the Delhi-based Centre for Science and Environment (CSE) told The Wire that despite guidelines, the designs of roads to ensure safety of the most vulnerable – walkers and cyclists – are not in place.

“The guidelines are only recommendatory and not legally enforceable. Which means all road designs, for footpaths, bus stops and access to public, need improvement. The guidelines need to be made enforceable,” she says.

Also, most city planners adhere to the specious reasoning that cities need to improve the speed and movement of vehicles by removing traffic signals, building flyovers and not allowing people to cross, Roychowdhury says. “This further aggravates the accidents. About 40% of accident hotspots are near flyovers that are marked by vehicles moving at high speed, and inadequate crossing space for pedestrians.” According to data collected by the WHO for 2015, half the fatalities involved are motorcyclists, pedestrians, and cyclists.

Similarly, building foot overbridges are proving to be counter-productive, as they are inconvenient and discourage people from walking, she adds. “We need barrier-free pathways”, with safe footpaths and safe crossings and by enforcing the motor vehicles act by preventing parking on pavements.

It would be tempting to link the spurt in road accidents to a matching rise in the number of motor vehicles in India. CSE’s 2014 report on “Addressing the Road Safety Need in India” highlights the “phenomenal” growth of the Indian automotive sector in the last few decades, and an “unprecedented” growth in personal vehicles. India is now the fifth largest automotive market by sales, and it’s set to consolidate its position by 2020. Yet India is the only country among the world’s top ten car markets to lack proper safety regulations and testing programs, it says.  Most Indian cars sold in the market are unsafe, it adds.

A 2015 status report on road safety in India, by the Indian institute of Technology, Delhi’s Transportation Research and Injury Prevention Programme (TRIPP) too says the rise in vehicle ownership is not necessarily the reason. For example, eight countries have much higher vehicle ownership rates than India but lower road transport injury-related death rates.

“A heterogeneous traffic mix of high-speed vehicles sharing the road space with vulnerable road users as well as unsafe road infrastructure and vehicles that are in poor condition are seen as the contributing factors,” CSE says.

“The situation in India is worsening and road traffic injuries have been increasing over the past 20 years,” it notes. The number of fatalities has continued to increase at about 7% a year over the past decade, except over the last couple of years.  The total number of deaths in 2014 was 12 times greater than in 1970, and in  almost all the large states fatalities more than doubled between 1991 and 2014.

“This may be partly due to the increase in number of vehicles on the road but also mainly due to the absence of coordinated evidence-based policy to control the problem,” the TRIPP report says.

Projections by the TRIPP team, based on future income growth, suggest that deaths due to road accidents in India will continue to rise until 2042, reaching a total of 198,000, before they begin to decline. A second projection, which assumes an average growth rate of 6% per year till 2030, when we can expect about 200,000 fatalities per annum before we see a reduction in fatalities.

Solutions for many of these issues are not readily available and research studies are necessary for evolution of new designs.

Geetam Tiwari, a professor at IIT-Delhi and one of the authors of the TRIPP study, says India has been upgrading its highways since 2000, with dividers, four-lane and six-lane roads and expressways, and yet deaths due to road accidents continue to rise at the rate of 9-10% each year. “The design completely ignores the requirements of walkers, bicyclists, two-wheeler users, even animal carts and other slow-moving traffic.  We need to relook our car-centric road designs.”

As cities expand, so has vehicular traffic, but all emphasis is on ensuring better movement for cars, and “cities are becoming hostile to pedestrians,” she says.

Also, government awareness programmes on road safety over the last 40 years have made little dent in improving road safety. The world over, research shows that individual behaviour cannot be changed without changing the physical environment in which traffic operates, and ensuring better enforcement of rules, says Tiwari. “We need to change the way we design our roads and the way we designs or vehicles, and ensure better enforcement of rules.”